There is a very good chance there are errors on this page. See disclaimer below.

It is often difficult to find end-of-year data listing the top producers in North Dakota without a subscription to a major oil and gas industry news site. DrillingEdge provides the data, at a dynamic link; for September, 2015.

For natural gas boe, I used the conversion calculator at Delek Energy; there are many other calculators and they don't all "agree." [Update, November 18, 2016 -- this link has been changed; very, very strange. Needless to say I don't use that site anymore.]

Disclaimer: I often make simple arithmetic errors. In a long note like this, there may be typographical and factual errors. I have not triple-checked the figures; in most cases, I have not even double-checked the calculations or the transcribed figures. If this information is important to you, go to the source.

Columns 1, 2, and 3 (operator, oil, gas) are taken directly from Drilling Edge. Column 4 (gas boe) is calculated as noted above. Column 5 (boe) is adding columns 2 and 4). Column 6 is transcribed from Drilling Edge. Column 7 is column 5 divided by column 6. Column 8 is column 4 divided by column 5 expressed as a percentage. Hopefully I have all that correct.

This table is based on production from one month, September, 2015.

Sports: for the archives. Two out of three is not bad:

My son-in-law is a Seattle Seahawks fan so maybe it was meant to be. 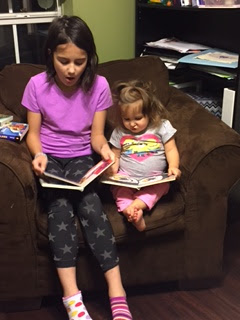 Posted by Bruce Oksol at 8:55 PM No comments:

Trans-Canadian Highway interrupted! Brand new Ontario bridge fails in freezing weather -- "This is the one place in Canada where there is only one road, one bridge across the country" -- CBC News is reporting:

A newly constructed bridge in northern Ontario has heaved apart, closing the Trans-Canada highway — the only road connecting Eastern and Western Canada — indefinitely.

"It's not just us. It's all of Canada that has a problem right now," Nipigon Mayor Richard Harvey told CBC News. "This is the one place in Canada where there is only one road, one bridge across the country."

Ontario heralded the opening of the westbound portion of new Nipigon River Bridge – the province's first cable-stayed bridge – in late November. Work on the eastbound lanes continues, and is slated for completion in 2017.

I assume the young engineers / designers took all that global warming stuff seriously.

Canadian travelers may have to divert to I-98.


The [London] Guardian is reporting:

Whether he wrote it freehand is not clear, though it must be a distinct possibility given [Sean] Penn’s striking admission in the rambling introduction to the article that at 55 years of age he is unable to use a laptop.

“My head is swimming,” Penn writes, “labeling TracPhones (burners), one per contact, one per day, destroy, burn, buy, balancing levels of encryption, mirroring through Blackphones, anonymous e-mail addresses, unsent messages accessed in draft form. It’s a clandestine horror show for the single most technologically illiterate man left standing. At 55 years old, I’ve never learned to use a laptop. Do they still make laptops?”

Sean is a Hunter S. Thompson wanna-be. Not that there's anything wrong with that.

I assume many men watch sports, not necessarily because they have some "connection" to the athletes or the teams, but because they don't want to miss history being made. Of course, it also gives them an excuse to drink beer all afternoon but that's neither here nor there.

I'm reminded of the reason why men watch sports, having watch the Cincinnati Bengals - Pittsburg Steelers wildcar game yesterday. It was historic. The [London] Guardian says so:


Cincinnati’s 18-16 loss to the Steelers will be remembered as one of the worst collapses in football history simply because it never should have happened, because the assumption within the violence of football is that when you are about to win a game like Saturday’s you won’t do something dumb and give it back. The best NFL teams aren’t necessarily those with the most talent. The best NFL teams are those that don’t do what the Bengals did against the Steelers. The best teams resist the urge to throw the last punch.

The worst of the NFL was live on prime time TV Saturday night. The game was littered with ugly hits, silly skirmishes and rowdy fans. As the players pushed and grabbed on the field, fans threw beer cans from the stands. One almost hit Steelers quarterback Ben Roethlisberger as he was carted off the field following a second-half injury. Saturday night was ugly. But the best teams survive ugly, they stay smart in the mayhem.

Many in Cincinnati will blame Bengals coach Marvin Lewis for this loss. He was the one who believed in Jones and was sure he could work with Burfict. In many ways he has exploited their potential. But there’s only so much a coach can do when his best defensive players can’t ignore the stupid fight. Saturday should have been Cincinnati’s night to shine with a stunning playoff comeback win. Instead it will be the franchise’s worst moment.

Where there are redundancies, something has to go. My Shakespeare library remains robust. One of the "best" books I have related to Shakespeare is W. H. Auden's Shakespeare.

From October 2, 1946, through May 14, 1947, Auden gave weekly evening lectures on the Shakespeare plays and sonnets, reading each Shakespeare play in chronological order. Auden did not actually read each play out loud to the students, but lectured on each play. There was one exception: he disliked The Merry Widows of Windsor so much he did not lecture that night; rather he played Verdi's Falstaff on what was then known as a record player. Vinyl.

Auden's teaching material, notes, essays, or "manuscripts" of these lectures apparently do not exist. From the introduction of W.H. Auden's Shakespeare edited by Arthur Kirsch:


I have reconstructed the lectures primarily from notes taken by Alan Ansen, which since 1976 have been in ... the New York Public Library. He took the notes in pencil in four composition books, and also typed a copy of his notes on Auden's lectures on the Sonnets.

So, what we have is a third party working with Auden's literary executor to transcribe/edit notes taken by a second party of the lectures given by a first party. The first party had no opportunity to edit the final product. Alan Ansen's notes are just that: notes. And a close reading of the material suggests that these really were notes, not word-for-word transcriptions.

Later I'm going to quote something from the notes on Measure For Measure and All's Well That Ends Well. It is "ironic" that of all the lectures Ansen took notes on, he did not take any notes on;
The editor publicly appealed to any student who had attended the Auden lectures to send him their notes so he could "complete" the project. So the notes on the opening lecture and the three plays, including perhaps the most important, Hamlet, were from students whose biographical background may not have been as well known, or as "solid" as Ansen's.

With that as background in mind, some notes, verbatim from the book follow. These are short snippets and some have been placed in a different order than they are found in the book.

Honor has nothing to do with justice. A person is expected to pay his gambling debts before he pays his tailor's bills. That is unjust -- the tailor needs the money more. If someone insults me, I must challenge him to a duel. In that case, he has a choice of weapons. If the choice is pistols, and the other person is a better shot than I am, I cannot claim that this is unjust. That's not the point of a duel. There is a valid idea in the concept of honor.

If one starts with individual will, the first thing one can say about honor is that it is a way of conduct that I choose for myself to obey and that I would not expect of others.

Usually it occurs -- in origin always -- when the "I" is identified with a particular group, an aristocratic group that chooses to obey the principles of conduct that it does not expect of an inferior group. It differs from law in that the whole point of a code is that it not be written, that it be transmitted by individual to individual.

The imperative of the code is never: "This is legal, or this is forbidden." No, it is: "This is not done." It is not done by me or my group.

The penalty for breaking the code is chiefly self-contempt, which is derived from the consciousness of being expelled from the group by friends. The reason for keeping the code is ego-respect. It means that I or my group desire a world that is more interesting, a world in which there are admirable individuals.

All codes of honor attach a moral value to things that lie outside the realm of justice -- good looks, for example, wit, skill.

Of course, the penalty for a member of a famous crime syndicate breaking the group's code of honor is a bit harsher than self-contempt, but I digress.

I think of what Auden wrote about justice and honor every time I watch an episode of Columbo. I also think about it every time I read something about the Clintons.
Posted by Bruce Oksol at 8:22 PM No comments:

Elk field, just south of Williston, across the river, has turned into quite a nice field, see below for wells coming off confidential list Monday. Tracked here.