These wells were originally posted here. These wells were first posted October 31, 2012. The point of posting these again now is to remind folks how much work there is left to be done in the Bakken.

The Charles Blackhawk wells are now being drilled: 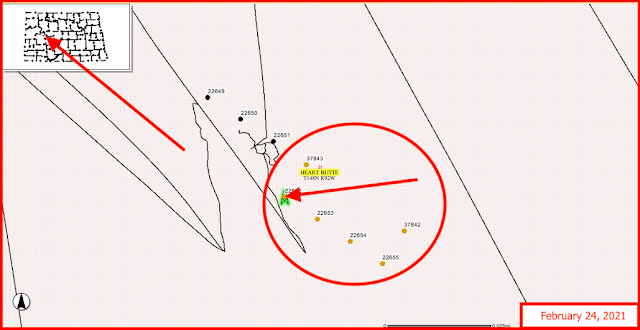 Waiting for Sophia -- Corky on the left and Flower Blossom on the right: 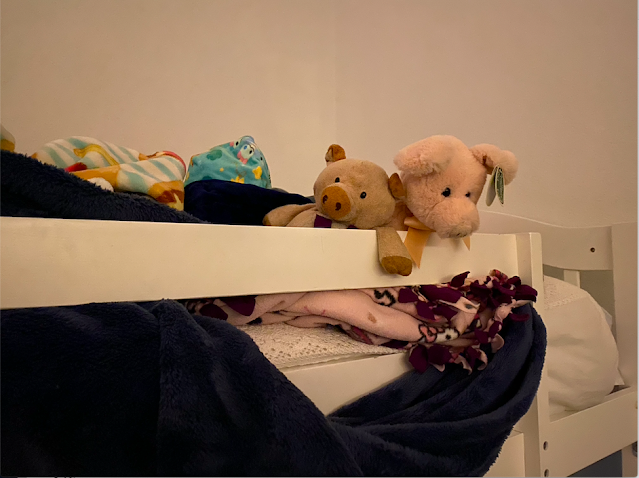 Aren't six-old-old children just so precious and just so innocent?

Email ThisBlogThis!Share to TwitterShare to FacebookShare to Pinterest
Labels: Photo_Grandchildren

Well, so much for that "damper." LOL

Speaking of interest rates, this is amazing: from The WSJ, Saudi Arabia borrows at negative rates:

The recovery in oil prices has boosted investor appetite for Saudi Arabian government debt abroad, allowing the kingdom to borrow at negative interest rates for the first time.

The kingdom raised €1.5 billion, equivalent to $1.8 billion, through a bond sale on Wednesday (February 24, 2021). The yields were minus 0.057% for three-year debt and 0.646% for nine-year, the cheapest borrowing costs it has achieved to date. It was the second time it has issued bonds in euros.

One wonders if US shale companies can start raising cash by selling bonds with negative rates. LOL.

Posted by Bruce Oksol at 9:25 PM No comments:

WTI commentary: I honestly can't remember when I saw shares in publicly traded oil companies jump this fast. This is quite remarkable. Some are suggesting that traders are betting on $100-oil following the "Texas Freeze." That may be, but I think there's much more going on:

Dak: the only sports "news' that takes Dak off the top of the show -- a Tiger Woods injury. Tiger Woods:

XOM: sells North Sea package that has languished on the market. $1 billion+. 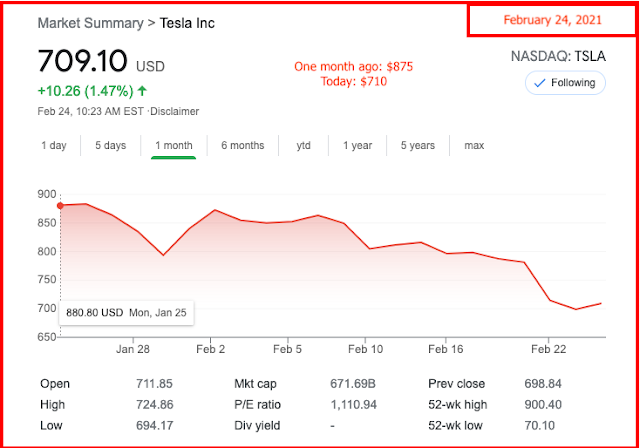 One well coming off the confidential list: 16 for the month, 49 for the quarter, 49 for the year.

What started out as a novel snow day for parts of Texas, replete with Facebook posts full of awestruck kids and incredulous native Texans, quickly escalated to a statewide energy crisis last week. A lot of the state’s electric generation and natural gas production capacity was iced out just when demand was highest, sending gas and electricity prices soaring and leaving millions without power for days. Frigid temperatures like the ones we saw would register as a regular winter storm in northerly parts of the U.S. and in Canada — but in Texas?

Market analysts, regulators, and observers will be unpacking the events of the past week — and the many implications — for a long time to come. We may never know the full extent of the chaos and finagling that went on among traders and schedulers behind the scenes as they tried to wrangle molecules. However, we can get some insight into the madness using gas flow data to provide a window into how the market responded and, in particular, the effect on LNG export facilities. Today, we examine the impacts of Winter Storm Uri on Gulf Coast and Texas gas movements.