In addition, Slawson's Lunker wells to the east of the Torpedo wells have also been fracked: 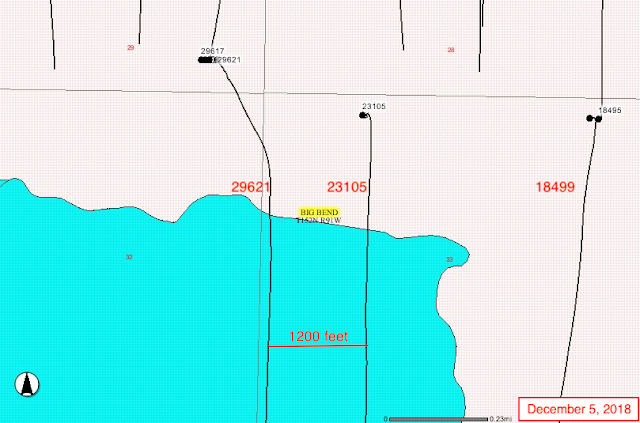 Posted by Bruce Oksol at 2:59 PM No comments:

Mexico. When President Obama killed the Keystone XL it was clear he did not understand energy.

He rationalizes why he has taken this move, but it is clear he does not understand how the oil business works.


The postponement of auction rounds will have a long-term, material impact on Mexico's oil and gas output, according to a transition report issued by the outgoing administration of Enrique Pena Nieto over the weekend.

According to the report, by halting auction rounds by two years, Mexico's output will only reach 2.46 million b/d by 2027, not 3.07 million b/d. Similarly, if auctions continue, Mexico would produce 7 Bcf/d of natural gas by 2028, 640 MMcf/d more than if the lease sales are shelved for two years, it said.

December 6, 2018: Considering how little France contributes to global CO2 this whole exercise seemed ludicrous. Add that to Macron's suggestion that France needs its own army to protect itself against Russia or  the United States makes me wonder how really "batty" this guy is. He's starting to make Occasional-Cortex look like an Einstein. Article at ABC News.

France: "most taxed" country in 2017, and still Macron not satisfied. France overtook Denmark as the most taxed country in 2017. Link here. The few examples given in the article are quite interesting.

Though up only slightly from 34.0 percent in 2016, the figure was the highest average overall tax take since the international policy forum’s records began in 1965, it said.
In France, tax revenues rose to 46.2 percent of GDP, surpassing Denmark, where the ratio fell to 46.0 percent.

On December 4, 2018, I posted a note why I don't accept the "man-made global warming" scheme. Here's another great example, from twitter today: 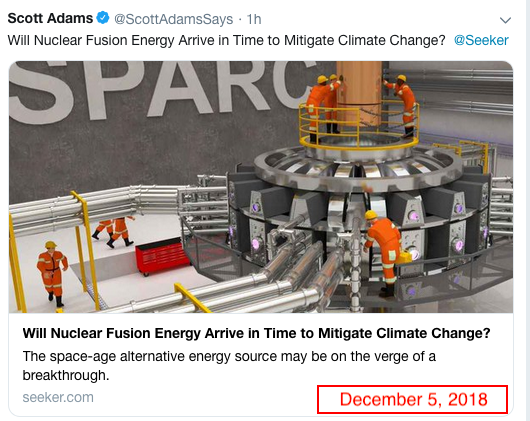 If the movers and shakers (Algore, Tom Steyer, Occasional-Cortex, the UN) seriously "believed" that the earth would be uninhabitable by the end of century if we did not stop the rise of atmospheric CO2, wouldn't there be "Manhattan Projects" to find solutions instead of conferences in Poland and PowerPoint Presentations. Even eighth graders should be able to see through this. So, from twitter, above, another example of the need for a "Manhattan Project" if folks are serious about AGW:
nuclear fusion energy.

And another "Manhattan Project": carbon capture and sequestration. Instead of relying on private enterprise to determine if it's cost effective, simply give DARPA a blank check to do all they could to bring atmospheric CO2 down.

By the way, the fact that Occasional-Cortex has become the new spokesperson for fighting global warming tells me all I need to know about this scam. 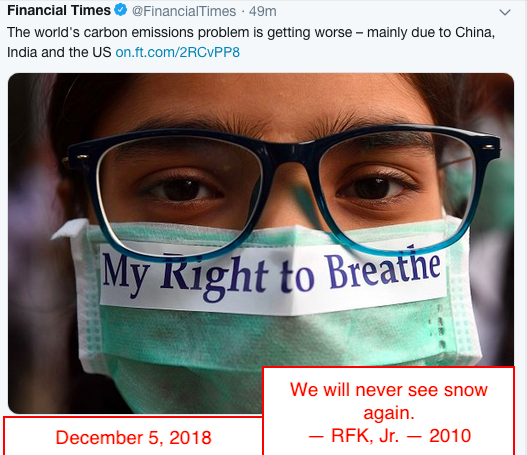 I guess the Financial Times was concerned about protests in Paris.
Posted by Bruce Oksol at 10:11 AM 4 comments:

It's possible I've linked this site before.

EIA energy profiles by state. That link will take you to Massachusetts, but you can substitute "ND" for "MA" in the URL and it will take you to North Dakota. And you can do that for all the other states as well.

When you get to that link for Massachusetts, do this:

Wow, what a great note from a reader:

First thank you for keeping links to our websites (https://www.geoactivity.com/ & https://www.riglocations.ca) in your blog.
We would like to let you know that the second link under Data Base in your “Data Links” tab is not working (http://www.click2map.com/v2/dgriffin94/Bakken_Oil_Company)
We recently introduce the powerful search by well name and rig name in North Dakota, we believe there is no other service as easy and smart as our web app to locate a rigs or wells in North Dakota.

Will it be possible for our link (https://www.riglocations.ca) to be listed in the position of the previously mentioned link? And if it possible as “Rigs & Wells in North Dakota” since you can find both there. We are already listed as “Rig Locations in Canada”.

I've deleted that link that no longer exists, and have replaced it with that new link. I'm not quite sure if I have everything exactly as suggested, but I think it works. The new links are under "Data Base" on my "Data Links" tab -- one of the tabs at the top of the page of the blog.

Comment: Wow, that new link is incredible. It takes a moment to get use to it, but it's very, very good. The first big thing I noted is that to zoom in/zoom out, on Apple use the "command +" or the "command -" option. One can use one's fingers with a touch screen but the "command +" / "command -" seems to be the preferred method. "Swiping" the usual way will move the map to where  you want it.  I assume the same for non-Apple computers.

A huge thank you for the web developer of this site to notify me of the new links and an incredibly good tool for locating rigs and wells in North America.
Posted by Bruce Oksol at 9:32 AM No comments:

Disclaimer: This is not an investment site. Do not make any investment, financial, job, travel, or relationship decisions based on what you read here or what you think you may have read here.

Obviously there's a lot more to this, but when I quickly read through these articles about all the digital media outlets that were going broke (see screenshot from the Drudge Report below), one common thread: most of them were political in nature, even such digital magazines as Vanity Fair, have become way too political. I have quit subscribing to The New York Review of Books and The London Review of Books because there was just too  much anti-Trump stuff. I've also pretty much quit reading The New Yorker for the same reason having canceled my subscription a year ago or so, after subscribing for decades. I can read it in the library but generally not interested any more. People have simply gotten tired, fed up, bored. irritated, whatever, with all the political stuff.

One wonders if we might see the same thing on cable networks and or network television.

It was interesting to note that the Weekly Standard may be ending, it was a conservative outlet, but interestingly enough, it was noted for being anti-Trump. 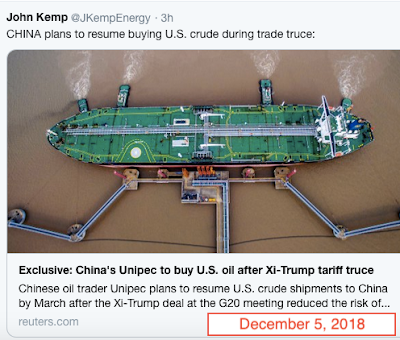 
The planned shift from 3.5%-sulfur marine fuel to fuel with sulfur content of 0.5% or less mandated by IMO 2020 on January 1, 2020, will require a combination of fuel-oil blending, crude-slate changes, refinery upgrades and, potentially, increased refinery runs, not to mention ship-mounted “scrubbers” for those who want to continue burning higher-sulfur bunker. That’s a lot of stars to align, and even then, there’s likely to be at least some degree of non-compliance, at least for a while. So, what’s ahead for global crude oil and bunker-fuel markets — and for refiners in the U.S. and elsewhere — in the coming months? Today, we continue our analysis of how sharply rising demand for low-sulfur marine fuel might affect crude flows, crude slates and a whole lot more.

For the past few years, the International Maritime Organization (IMO), a specialized agency of the United Nations, has been ratcheting down allowable sulfur-oxide emissions from the engines that power the 50,000-plus tankers, dry bulkers, container ships and other commercial vessels plying international waters.

The global cap on sulfur content in bunker (marine fuel) was reduced to 3.5% (from the old 4.5%), and 13 months from now — on New Year’s Day in 2020 — the cap is set to be reduced to a much stiffer 0.5%. There is an even tougher 0.1%-sulfur limit already in place in the IMO’s Emission Control Areas (ECAs) for sulfur, which include Europe’s Baltic and North seas and areas within 200 nautical miles of the U.S. and Canadian coasts. (Bunker fuel demand for these ECAs comprises 10-15% of total petroleum-derived bunker fuels.) That standard will remain in force within the ECAs when the 0.5% sulfur cap for the rest of the world becomes effective 13 months from now.