Next "Fed" chair: talking heads suggest Lael Brainerd will be next "Fed" chairperson. She is an Obama appointee and has an impeccable record. A centrist along with Jay Powell. 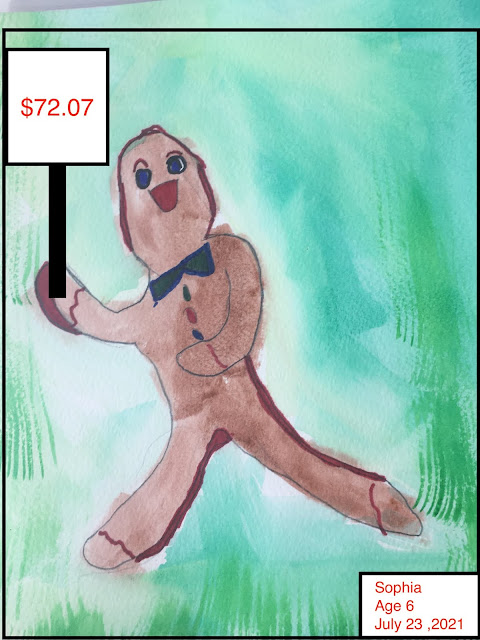 Posted by Bruce Oksol at 3:58 PM No comments:

... but a buying opportunity? 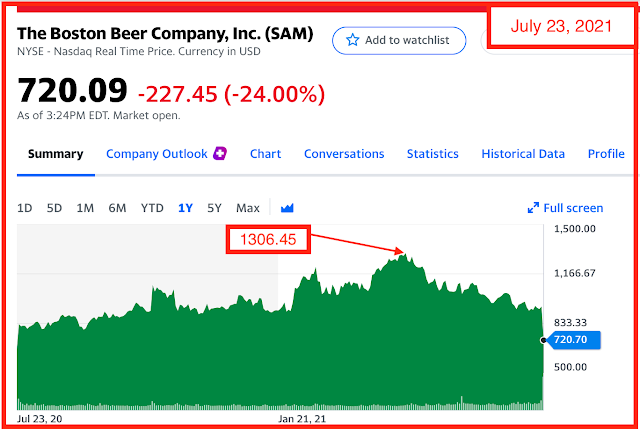 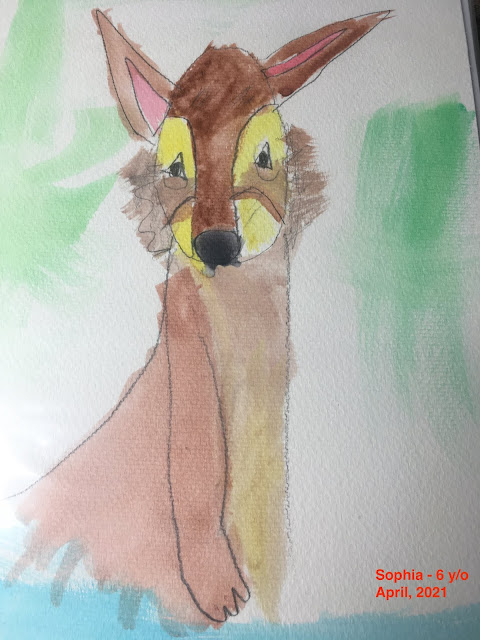 Health care facilities are no longer ordering much vaccine from the US government sources; they have way more on hand than they can get rid of.

However, there are early indications that Louisiana may have gotten the memo: there are stories that vaccination rates are rising in Louisiana. 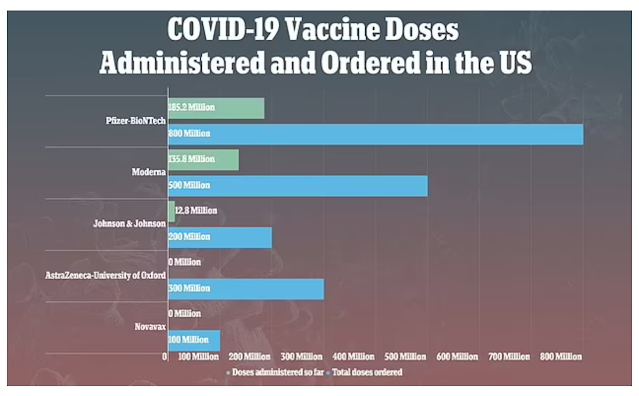 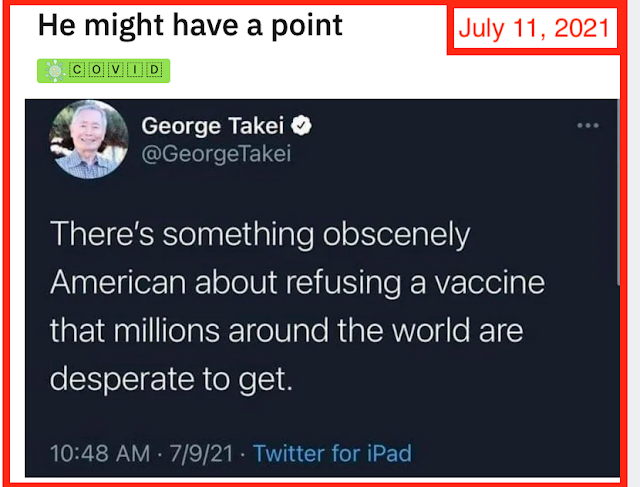 Florida: the numbers coming out of Florida are concerning. Will the governor be able to hold the line? 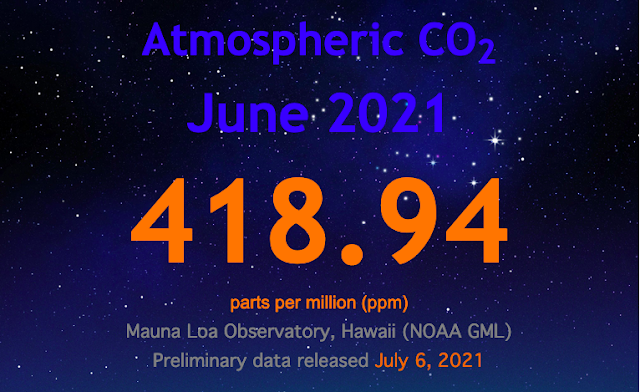 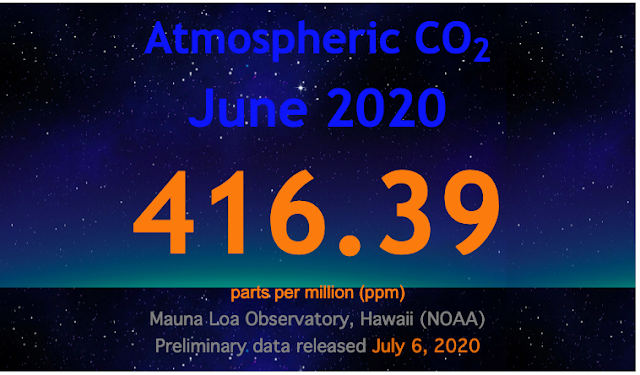 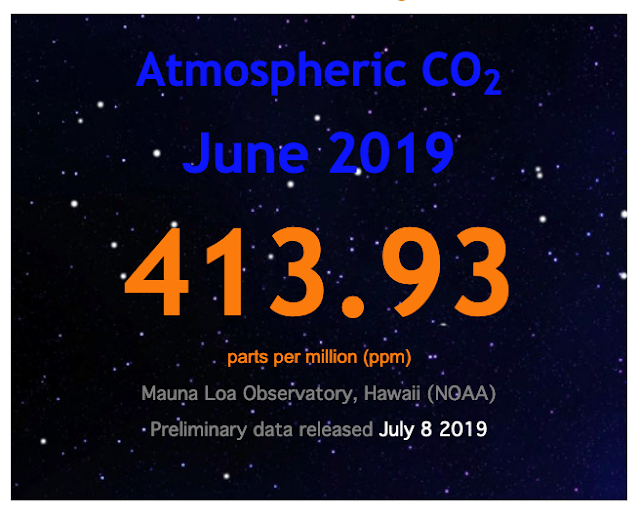 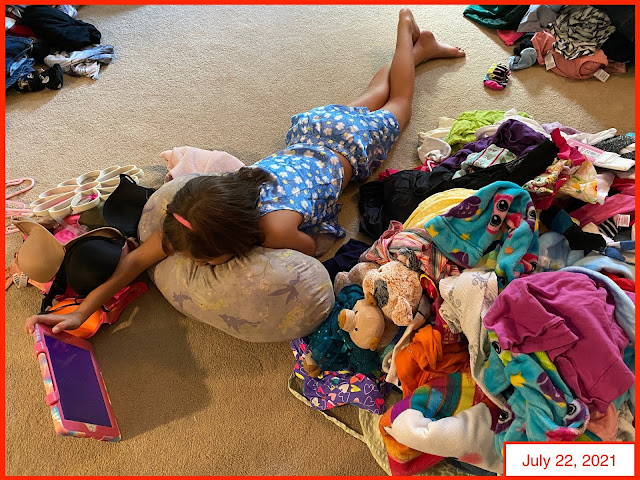 Another day, another record: Dow could close above 35,000 for first time ever....intra-day, it's been above 35,000 before. At least that's what I'm seeing on CNBC but I might have that wrong. Fact check, please. From Yahoo!Finance:

Cautious optimism in the face of rising coronavirus cases nudged the Dow within view of its record high above 35,000 on Friday, with the S&P 500 notching a marginal new record.

The searing market for newly public companies has a new obsession: grills. Two leading sellers of outdoor grills and grilling accessories, Weber and Traeger, both filed paperwork for initial public offerings earlier this month, while online grilling-and-outdoor-products retailer BBQGuys on Tuesday agreed to go public by combining with a special-purpose acquisition company. The merger values BBQGuys at about $960 million.

Traeger is known for its pricier wood-pellet grills and said on Wednesday that it plans to raise about $400 million in its IPO, which would value the company at around $2 billion. The Salt Lake City-based firm is aiming to price its shares between $16 and $18 under the ticker symbol COOK.

All three of the companies have been around for a long time but are seeking to cash in on sudden excitement fueled by the coronavirus pandemic. Weber, Traeger and BBQGuys each reported a recent sales surge as more consumers refurbished their backyards and became barbecue enthusiasts, tapping into one of the stay-at-home themes that have dictated much of the stock market’s performance in the past 15 months.

How to ruin a great conference call: each time that raw materials surge, some consumer companies struggle with price risk management. This time, Whirlpoool says it's better prepared because .... and I can't make this up .... "Whirlpool uses Excel spreadsheets."

For those who understand math: ExxonMobil flashing green. Link here. 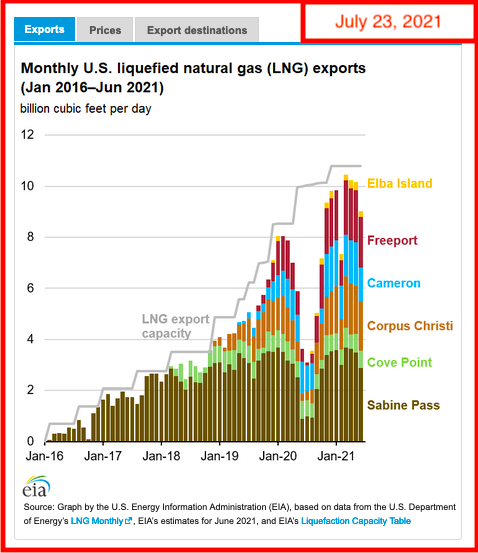 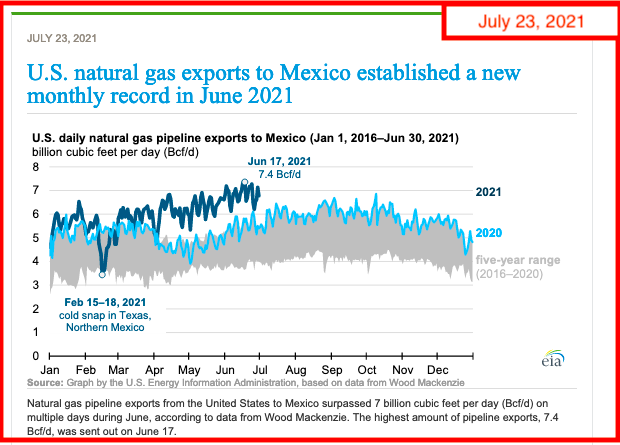 Email ThisBlogThis!Share to TwitterShare to FacebookShare to Pinterest
Labels: $4NaturalGas

Repeating for the umpteenth time: China is the swing consumer. As oil prices increase, China shuts down imports. Link here.

Moderna: cleared for those between ages 12 and 17 in Europe.

Natural gas: closed above $4 for the first time since 2018. European gas markets continue to trade close to their highest in more than ten years. Asian LNG is trading at unusually high levels for the season. Link here.

The U.S. Pipeline and Hazardous Materials Safety Administration listed probable violations ranging from the location of storm water drainage at six pipeline facilities and failure to follow assessment guidelines relating to possible incidents in sensitive areas where the pipeline operates.

The PHMSA recommended a civil penalty of $93,200 against the company for the violations and said failure to correct the issues may result in further enforcement action.

However, that’s where the similarities end.