For the archives and to look back on this a year from now. Nothing new here; it's been talked about for quite some time. From 24/7 Wall Street, data points:
US crude oil inventories, weekly API report, link here, data points:
Drop in inventory, from Bloomberg:


Crude rose in after-hours trading because an oil-industry assessment was said to show a larger-than-expected contraction in U.S. crude stockpiles.

Futures extended gains from the settlement in New York after the American Petroleum Institute was said to have reported domestic oil inventories slid by 5.2 million barrels last week. That exceeded the 3.15 million-barrel decline forecast in a Bloomberg survey. If the drop is confirmed by the government on Wednesday, it will aggravate tightening supply conditions stemming from the shutdown of a key North Sea pipeline.


Inter Pipeline just announced a $3.5 billion propane cracker in Alberta. Wouldn't be surprised if the Ethane pipeline from Tioga is converted to propane, and a ND methane cracker is built.

Link to one source for this story: https://inspectioneering.com/news/2017-12-18/7205/inter-pipeline-to-build-canadas-first-integrated-propane-dehydro

Posted by Bruce Oksol at 5:01 PM No comments:


The GDPNow model forecast for real GDP growth (seasonally adjusted annual rate) in the fourth quarter of 2017 is 3.3 percent on December 19, unchanged from December 14.

The forecast of fourth-quarter real residential investment growth increased from 4.8 percent to 8.2 percent after the construction release.


This is pretty interesting. I had planned to buy a pair of Apple AirPods this week as a gift for someone who has "all" the Apple gadgets. Now CNBC is reporting that Apple "has run out of AirPods."

We'll close out this poll since the vote is today (?). In this poll we asked what would be "approved" first:
Technically the Keystone XL was "approved" by Nebraska regulator a few weeks ago, but the regulators were quite disingenuous. They voted "yes," but required a new route which would require the entire process (at least for Nebraska) to start over. Whether one feels the Keystone XL was approved or not is in the eye of the beholder.

Whether the Trump-GOP tax plan is approved or not? We should know by the end of the week, perhaps as early as today.

Later, December 19, 2017: Nebraska won't allow request by TransCanada to keep original route. So where does that leave us? Back to square one. This pipeline won't be completed in my investing lifetime. From The Wall Street Journal:


The Keystone XL pipeline could face more delays after Nebraska regulators denied a request by TransCanada Corp. to refile its application for the project.

The Nebraska Public Service Commission said Tuesday that TransCanada couldn’t amend its application to formally request an alternative route for the pipeline through the state.

TransCanada had filed the paperwork to gird against future legal challenges. Opponents of the long-delayed project immediately claimed the commission’s decision as a victory.


Automakers with ambitious plans to roll out more than a hundred new battery-powered models in the next five years appear to be forgetting one little thing: Drivers aren’t yet buzzed about the new technology.

Electric cars—which today comprise only 1 percent of auto sales worldwide, and even less in the U.S.—will account for just 2.4 percent of U.S. demand and less than 10 percent globally by 2025, according to researcher LMC Automotive. But while consumer appetite slogs along, carmakers are still planning a tidal wave of battery-powered models that may find interested buyers few and far between. 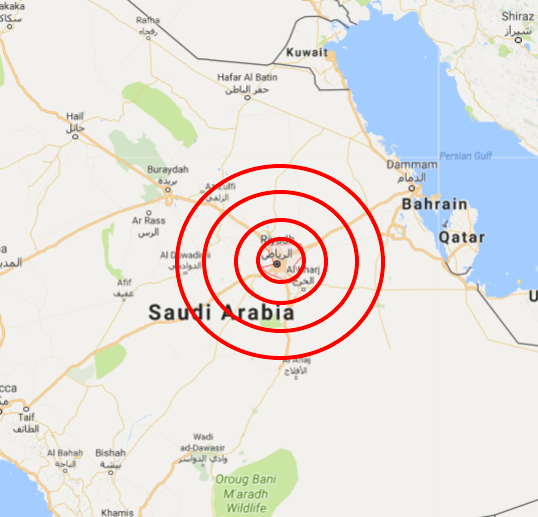 Posted by Bruce Oksol at 6:32 AM No comments:

Trucking. There have been several posts regarding the robust truck manufacturing industry in the US. Now we have 4Q17 earnings from Navistar: a net income of $1.36/share. I believe the forecasts were for 64 cents. Navistar shares have climbed 34 percent since the beginning of the year. The stock has climbed 44 percent in the last 12 months.


Falling production of motor gasoline, diesel and other refined products at Mexico’s aging refineries has created a south-of-the-border supply void that U.S. refiners and refined-products marketers and shippers are all too eager to fill. At the same time, the ongoing liberalization of Mexican energy markets is finally allowing players other than state-owned Petróleos Mexicános (Pemex) to become involved in motor-fuel distribution and retailing. The results of all this? U.S. exports of gasoline and diesel to Mexico are up 60% from two years ago, and U.S. companies are scrambling to develop or acquire the infrastructure needed to deliver refined products to Mexican consumers. Today, we begin a new series on the increasing role of U.S. companies in supplying, distributing and retailing motor fuels in Mexico, and on the new transportation and terminalling infrastructure being built to support that growth.

More long-term access to Pemex’s distribution system is promised. Until that happens, companies seeking to move increasing volumes of their imported motor fuels to Mexican storage terminals and retail stations are using a variety of approaches. These include: 1) using tankers to move refined products from Corpus Christi, Houston and other U.S. ports to Mexican ports and transporting the fuel inland via Pemex-owned pipes; 2) using U.S. and cross-border railroads — especially Kansas City Southern de Mexico, a unit of Kansas City Southern — to transport gasoline and diesel in tank cars to storage and distribution terminals within Mexico; 3) piping fuel south on the still limited number of refined-product pipelines between the U.S. and Mexico; and 4) trucking gasoline and diesel from the U.S. to terminals south of the border.

The focus of this series will be on plans to develop new refined-product pipelines, new rail-transloading facilities and new storage capacity in Mexico, as well as complementary projects in Texas and other U.S. border states. These projects would supplement the gasoline and diesel distribution assets already in place in Mexico (many of them owned — and still controlled — by Pemex) and would be expected to help ease the delivery of more refined products from U.S. refineries.