Who wudda thought? Ms Heitkamp must like being a US senator, and wants to keep her job. She is up for re-election in just two short years. If Trump has a great first two years, and if North Dakota fields a strong Republican contender, Heidi might have a short career. Fox News is reporting. Senator Heitkamp's mentors: Barack Obama, Joe Biden (74), Chuck Schumer (66), Nancy Pelosi (76), Barbara Mikulski (80), Barbara Boxer (76) -- something tells me Heidi (61), except for her age, doesn't really fit in.

Is it just me or do things seem to be moving very, very fast.

And "the Donald's" early morning tweets are still a few hours away.


Stein, who pushed for recounts in Wisconsin, Pennsylvania, and Michigan, raised $7.3 million for the efforts and said that “every dollar” went towards costs associated with the recount efforts.

The group, which claimed costs associated with the recounts hit $7.4 million, upped their fundraising goal four times since first calling for recounts. According to a breakdown of expenses contained on the fund’s website, Stein paid nearly $1 million on consultants and staff. The staff payroll tallied $212,500 while consultants pocketed $364,000. Administrative expenses, such as travel costs, ran $353,618.

In all, $930,118 was used to pay consultants, staff, and administrative costs.

Hacking? There are indications that Obama's Department of Homeland Security may have tried hacking Georgia state government. This would explain why the White House was so reticent/resistant/hesitant about beginning an investigation. No links. Story everywhere.

4. Transfer contents of basket to a platter. Serve with lemon wedges, a dish of warm, melted butter, and a bowl for discarded shells.
Posted by Bruce Oksol at 10:43 PM No comments:

The Obama Administration: The Sierra Club's Worst Nightmare -- Even The Koch Brothers Were Never So Audacious -- December 14, 2016

Callon Petroleum to enter the Permian. From The Oil & Gas Journal, data points:

The Obama administration has finalized a rule to let wind-energy companies operate high-speed turbines for up to 30 years — even if that means killing or injuring thousands of federally protected bald and golden eagles.

Under a rule announced Wednesday, wind companies and other power providers face no penalty if they kill or injure up to 4,200 bald eagles.

The new rule will conserve eagles. And environmentalists are worried about Trump's appointee for the EPA, Department of Energy, Attorney General, and chief strategist. Get real.

This tells me all I need to know about the Sierra Club which obviously consulted with the Obama administration on this.


Wynn Las Vegas resort announced Wednesday that it’s putting an Amazon Echo (Alexa) in every room. “The ability to talk to your room is effortlessly convenient,” Chief Executive Steve Wynn said in a statement.

You just know that folks are going to use Echo to order room service. It will pay for itself in a year.

I don't yet have an Amazon Echo, but it's incredibly intriguing. 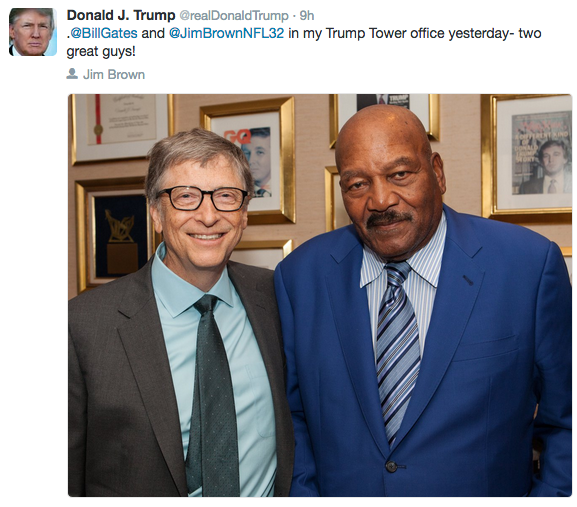 Today, again, the same experience. London Review of Books arrived and it seemed worse than ever. Nothing caught my attention. But as usual, I let it smolder on my dining table.

Tonight while listening to "The Best of Skeeter Davis" through vintage Beats by Dr Dre headphones I started reading an essay on "Records of the Spanish Civil War/Into the Net" by Neal Ascherson. Ascherson writes his essay citing/reviewing four books on the Spanish War, including Spain In Our Hearts: Americans in the Spanish Civil War, April, 2016, by Adam Hochschild.

Many, many years ago I was lucky enough to have come across a VHS Country Rhythm and Blues. It is one of my favorites and I still treasure it. For whatever reason I was reminded of it again tonight. I did not realize "Something Else" was an Eddie Cochran song (1959). Amazing.

Something Else, Tanya Tucker and Little Richard

The clip from Country Rhythm and Blues is much, much better but the video on YouTube is of poor quality and that's why I posted the the CMA Awards version above. But, if you haven't seen it before, you might enjoy the CRB version.
Posted by Bruce Oksol at 8:43 PM No comments:

Posted earlier. No reason to post it again, except I wanted to play "Mr Lonely."

The media "turn" on Obama / Clinton: anyone paying attention cannot possibly miss the huge 180-degree "turn" on Obama / Clinton. MSNBC "Morning Joe" sounds like a responsible Fox News morning talk show. If one needs additional proof, read this article in Vanity Fair, another huge fan of Hillary. Had Hillary won, Huma would have been elevated to an even higher level than the one she held before the election.


Huma Abedin has found herself at the center of a blame game over who lost Hillary Clinton the election, Vanity Fair reports. "[Abedin] was enjoying the red carpet and enjoying the photo spreads much too much in my opinion," one campaign insider reflected.

"She enjoyed being a celebrity too much."

Abedin has spent most of her life as one of Clinton's closest aides and was largely blamed after new Clinton emails were discovered on her estranged husband Anthony Weiner's computer, prompting a fateful letter to Congress from FBI Director James Comey in late October.

But Abedin is also being blamed by Clinton insiders for "reinforc[ing] all the bad habits" throughout the campaign. "Where in most presidential campaigns the circle grows broader and broader, [Clinton's] grew smaller and smaller," one insider source explained to Vanity Fair.

When I first started blogging about the Bakken in 2007 this was a subject I did not understand at all. I now understand it much better and, in some ways, it's now how I would measure "proved reserves." But it it what it is.


U.S. oil and natural gas proved reserves decrease in 2015 due to lower prices.

The significant reduction in the average price of both oil and natural gas between 2014 and 2015 resulted in more challenging economic and operating conditions, an important factor in determining proved reserves.

These price developments, reflected in a nearly 50% decline in average West Texas Intermediate crude oil spot prices (from $95 per barrel in 2014 to $50 per barrel in 2015) and a more than 40% decline in the natural gas spot price at the Louisiana Henry Hub (from $4.55 per million Btu in 2014 to $2.62 per million Btu in 2015) led to reduced drilling activity and downward revisions in proved reserves across a broad range of U.S. producers in 2015.

New Mexico had the largest net increase in proved reserves of crude oil and lease condensate of all states in 2015, mostly from development of the Wolfcamp shale and Bone Spring plays in southeastern New Mexico's portion of the Delaware Basin.

Crude oil and lease condensate extensions to existing fields were highest in Texas and North Dakota in 2015. However, as a result of downward revisions, both states experienced a net reduction in proved reserves.

In 2015, Ohio added more than 5 Tcf of natural gas proved reserves (in the Utica/Point Pleasant Shale play), and surpassed Arkansas and the Gulf of Mexico to become the ninth-largest natural gas reserves state.

Proved reserves are those volumes of oil and natural gas that geological and engineering data demonstrate with reasonable certainty to be recoverable in future years from known reservoirs under existing economic and operating conditions. U.S. Crude Oil and Natural Gas Proved Reserves, Year-end 2015 is available at: http://www.eia.gov/naturalgas/crudeoilreserves/.

Email ThisBlogThis!Share to TwitterShare to FacebookShare to Pinterest
Labels: Reserves_US

I did this quickly while watching Sophia earlier today. Could be many typographical and factual errors. Will correct them later if any found.


Note: The spreadsheet from which this is taken includes only 88 fields in North Dakota. All, except two, are Bakken fields.

Note: the usual disclaimer applies. These tables are done quickly and will have typographical and factual errors. If this information is important to you, go to the source.