For now, these two posts are two dots that are connected:
If I remember, I will post a graphic when the horizontals are placed on the NDIC map.
Posted by Bruce Oksol at 11:23 PM No comments:

A tale of two presidents. One had eight years. One has just completed his first six months in office. 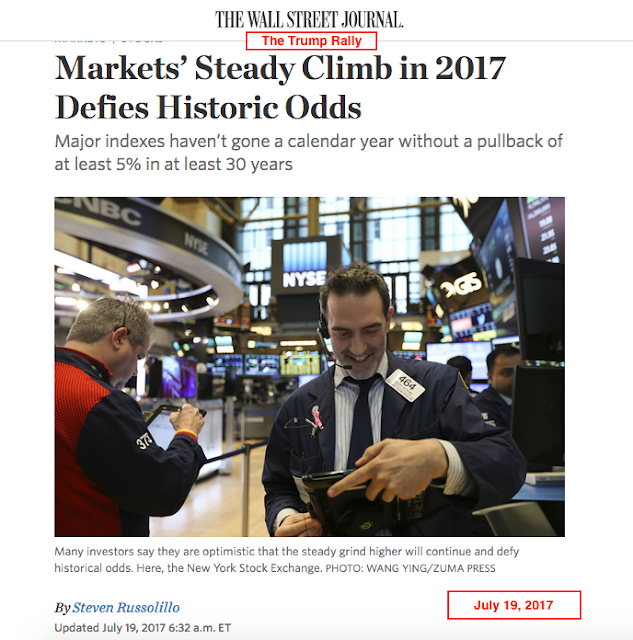 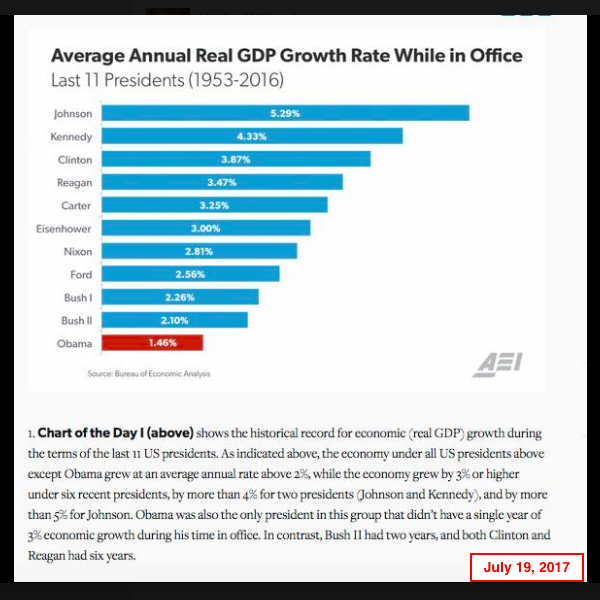 The background / history is very nice to see. Names are familiar.

Hallmark is something that the present-day owner of the store, Brian Bolinske, also grew up with in Williston. He was 3 years old when his father Earl opened Service Drug Store in October  1964.

“He opened the pharmacy on the corner where the Vanity store was across from JC Penney,” Bolinske recalled. “Then, in 1969, my dad bought the Montgomery Wards building located at 313 Main, the center of the Downtown Plaza now. He carried over the Hallmark card line when he expanded over there.”

In the ensuing 20 or so years, Hallmark migrated from basement to balcony to main floor, until Bolinske purchased the drug store from his father in 1993. He expanded the store into an adjacent building and opened a Hallmark Gold Crown store in 1999.

Bolinske said he is hoping to negotiate a deal with a prospective new owner, who would be offering cards and other items at the location, though not Hallmark.

From a reader; a huge "thank you."

The link is here. I'm on my way out the door for a family commitment, but wanted to get this posted.

[Later: the update here.]
Posted by Bruce Oksol at 8:37 PM No comments:

Just the other day I wrote about Senator McCain:

Today we learn that Senator McCain has a malignant brain tumor.

We should soon start hearing stories about a) Agent Orange; or, b) cell phones.

This is an important look at Tesla. The "percentages" surprised me.

This is how Motley Fool breaks out Tesla's revenues:
I still think Tesla is a battery company disguised as an automotive company.
Posted by Bruce Oksol at 8:15 PM No comments:

These wells will be tracked elsewhere, but note the number of stages and amount of proppant used in fracking. These wells were released from the confidential list on July 19, 2017:
See also this post.
Posted by Bruce Oksol at 8:11 PM No comments:

Northwest Passage: I think we were promised a "northwest passage" by this time several years ago, and here it is, almost the middle of summer and still no northwest passage. Whatever. Pretty much frozen over.

The ozone hole. Whatever happened to the ozone hole over the Arctic? LOL. It never existed.

Cutting one's nose off to spite one's face: the ObamaCare repair bill that the US Senate killed would have done two things: a) bailed out the insurance companies; and, b) bailed out the blue states who greatly expanded Medicaid. Blue states that greatly expanded Medicaid are in deep doo-doo. Two or three blue-state senators could have gotten a two-fer: a) the debacle would now be owned by Trump; and, b) their blue states would have gotten a huge cash infusion.  Medicaid is costing the federal government a lot of money, but it can always print more money. The states cannot print money to cover the increasing costs of Medicaid. 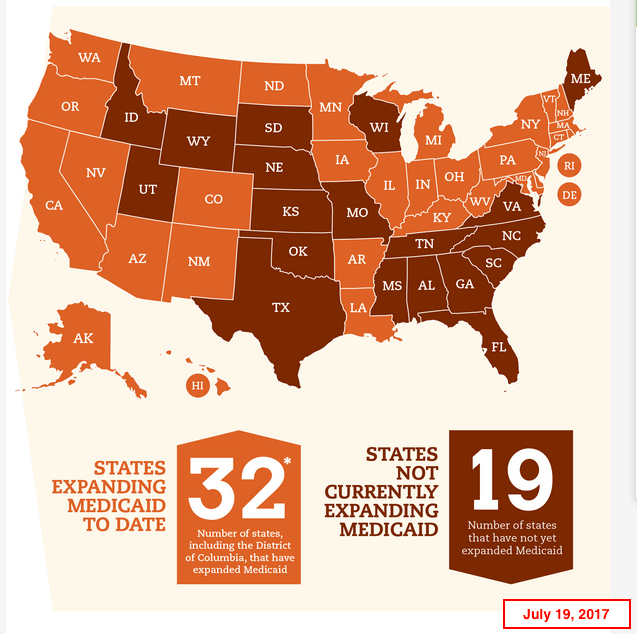 The three states most at risk due to expanding Medicaid: California, Illinois, and Connecticut. Source.

FWIW: I still maintain my Facebook account, but haven't posted anything in months. I no longer respond to Facebook's e-mail alerts, "have you seen so-and-so's comment...?"
Posted by Bruce Oksol at 8:55 AM No comments:


Original Post
Futures: wow, did the Dow 30 futures just turn green? If so, incredible. All other major indices also green.

Really? Strong gasoline demand lifts oil but high OPEC supplies temper gains.  So, you're telling me that the "demand" side did its part -- gasoline demand is strong. But the "supply" side -- specifically the OPEC cuts (wink, wink) -- let us down. I'm shocked. Shocked.


EIA: US crude inventories dropped 4.7 million bbls; now down to 490.6 million bbls (not including the SPR).

At this rate of drawdown of US crude oil supplies, we're back to 56 weeks before we re-balance (update: methodology was wrong in some parts of this table; it has been updated and corrected at this post):

Saudi's new city: if it has a name, I missed it. It will be an industrial city between Dammam and Ahsa, at the heart of energy operations, apparently close to Abqaiq, which is in the middle of Dammam and Ahsa. "Pat, I'd like to buy a 'q'."

Abraxas: will buy 973 net acres in the Delaware Basin; will add 445 acres in Caprito leasehold, 172 acres in ward County, and 356 acres in Reeves, Pecos and Winkler counties. Abraxas will pay $4.3 million in cash and $2 million in shares for the acquisition. In a separate deal, Abraxas will offload acreage in Powder River Basin in Wyoming for $4.6 million. Back-of-the-envelope: $6.3 million / 973 net acres = $6,500/acre in the Permian -- if accurate, a steal of a bargain.

$50 oil ... like forever? This analyst was almost named a nominee for the Geico Rock Award for 2017 but if I included him/her, I would have to include a gazillion more analysts who completely missed this over the past couple of years. So many analysts suggested that US shale could not make up for all the projects delayed or cancelled due to low price of oil.

Over at CNBC: the analyst noted that global oil supply increased by 720,000 barrels a day in June as OPEC compliance with its production cuts seemed to stall. Oh, yes, the OPEC cut (wink, wink).

DUCs: US backlog hangs over oil market -- John Kemp. Well, duh. And I remember all the analysts suggesting US shale operators would not be able to "ramp up" DUCs fast enough to make a difference. In the seven major plays in the US, the number of DUCs has risen by more than 1,000 since December, 2016.
Poseidon: new entrant in the US-Mideast crude fight. From Bloomberg via Rigzone, data points:
Herding cats. More on Ecuador, previously blogged. Exactly what I said, "Every Arab for himself."


The pain of those low prices led one of the cats to call it quits on Tuesday. Ecuador, which is implementing an austerity plan and struggling to clear a $1.1 billion backlog of unpaid pensions, said it can't continue to forgo the revenue lost from cutting a nominal 26,000 barrels a day as part of the agreement. At current prices, that's worth about $465 million a year.

Now, as Ecuador's oil minister said when announcing this, “What Ecuador does or doesn’t do has no major impact on OPEC output.” That is true in strict mathematical terms.

But we're beyond strict math at this point. [It's every Arab for himself.]

Saudi Arabia's own oil minister, Khalid Al-Falih, has been relying more on the power of rhetoric, with a central banker-like promise to do "whatever it takes" to clear the glut of excess barrels weighing on prices.

Posted by Bruce Oksol at 7:15 AM No comments:

In that time, I think I've seen President Barack Obama give one speech and Ms President-wanna-be Hillary two speeches.

If Trump does nothing else, it's been a pleasure that it is he, and not Hillary, that is now sucking all the oxygen out of the room. By the way, speaking of which, sucking oxygen out of the room, last night I saw "The Drowning Pool" for the first time ever. Great, great movie, of course.
Posted by Bruce Oksol at 7:05 AM No comments:

It was only a matter of time before someone else noted that. In The Wall Street Journal today,  this headline: "Dear American twits: this golf event's proper name is "The Open." THE Open. As in the only golf open. LOL. I will read the article later. It should be a hoot.


The last couple of years have been a wild ride for the U.S. ethane market, but look out ahead.  It’s going to get crazy. The onslaught of new, ethane-only crackers is upon us at the same time overseas exports are expected to ramp up. At first glance, it might appear there is enough ethane to meet all that demand, coming from molecules that today are being rejected — that is, sold as natural gas rather than liquid ethane. But the big question — will it be enough? Because not all that rejected ethane has access to pipeline capacity needed to get it to market, at least not right now. In today's blog, we begin a new series on rising ethane demand, how the new demand will be met, and what it all means for ethane prices.

Ethane is a unique market — it’s the only energy commodity that can morph from being sold as natural gas to being sold to petrochemical plants as a liquid feedstock.

It is this chameleon-like attribute that contributes to ethane’s volatility, both in terms of production volume and pricing. Because of ethane’s unique niche (and our fondness for the product here in the RBN blogosphere), we’ve been posting lots of blogs on the topic for years, going back to the original Ethane Asylum that heralded the ramp-up in ethane rejection in the Shale Era. Then in Ethane: Boat on the Water!, we discussed the growing supply of ethane, falling prices and the challenges that had to be overcome for the first ship of U.S. ethane exports to set sail. That finally happened on March 9, 2016, when the first ethane cargo departed the Marcus Hook, PA terminal near Philadelphia.

We examined ethane’s relationship to the price of natural gas, ethane rejection economics, and ethane’s competitiveness as a petrochemical feedstock in It’s Complicated. More recently, in Ain't Wastin' Time No More, we detailed Shell’s plans for a Beaver County, PA steam cracker and the regional supply and infrastructure necessary to support the cracker’s supply chain.

Last night I read an article that discussed this very issue -- natural gas as a fuel vs a manufacturing feedtstack. I posted the link to that article but did not highlight this issue because I thought it a bit nerdy. Now, I see it's mainstream with RBN Energy. Cool. From this linked article:


As the US increases its shale gas production in the next 5 years, there should be enough to supply US manufacturers and to export the rest to foreign customers, [the IEA] said. “Manufacturing is taking over from power generation as the main gas demand driver."

Posted by Bruce Oksol at 6:38 AM No comments: