I'm in a great mood, and that was before I looked at the market. LOL.

This morning I was not feeling well; something was bothering me. Perhaps it was the news cycle; I know. I didn't know then and I don't know now. But now, that's all behind me. I'm in a great mood.


I just got back from driving around with our older granddaughter; she takes her driver's test next week.

I was told about a new Cajun take-out / store in our area and we stopped by on the way home. It's about five minutes from where we live. It's the real deal. I bought some Louisiana coffee -- trying it for the first time now -- yes, it's the real deal. LOL.

I don't put milk in coffee but the makers of this coffee recommend it and obviously that's how the folks in New Orleans do it, so I will have to think about it. But probably not. We'll see.

On the way out of the store I talked with the husband / wife owner / manager. Not sure which was which. I think she is the brains behind their joint venture. He says she is the one from Louisiana. This could be the beginning of a great friendship. What was that last line in Casablanca?

Anyway, I'm having the coffee now, and saw the headline story about the poverty rate.

And that was just after my note about reparations. That really put me in a great mood. We are truly living in exciting times, when things could really change for the better for some. I can't say what I'm really thinking because I don't need the push-back and there are a thousand ways to skin a cat, as they say.

Then I looked at the market. Are you kidding me? So much to be said, but I won't.

Louisiana blue crabs. I know nothing about blue crabs, but the menu showed #1 and #2 blue crabs. So here we go. Link here.  Look at this:


Blue crabs are found from northern Massachusetts to northern Argentina and throughout the Gulf of Mexico. They inhabit estuarine and coastal waters throughout Louisiana, however more than half of the crabs in Louisiana are harvested from Lake Pontchartrain and the Terebonne basins. Our fishermen harvest blue crabs year-round with peak catches in the summer months of June, July, and August.

I guess we go from crawdads to blue crabs. What a great country.


Louisiana supports the largest crab production of hard blue crabs in the nation and is the number one supplier of live No. 1 male crabs in the southern states. The blue crab is one of the most popular of the more than 4,500 species of crabs found worldwide.

And then how to eat them. YouTube? The first dozen hits are all out of Maryland. Need to narrow the search. Louisiana?

I think this is something Sophia would enjoy. Maybe not to eat but to help open up. 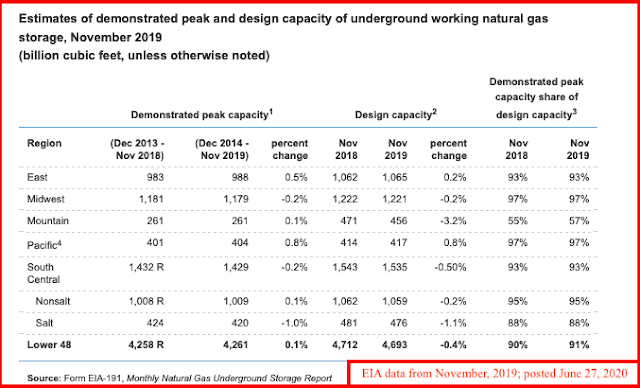 
Footnote: it was the most natural gas added to storage during any June week in the modern record, and the 3rd largest natural gas storage increase in the past decade...

Natural gas prices fell to a 25-year low after the report on fears we'd run out of cavern space to store the stuff...

After report, natural gas plunges to all-time low.
Looks like the shaded part of the graph may soon change. 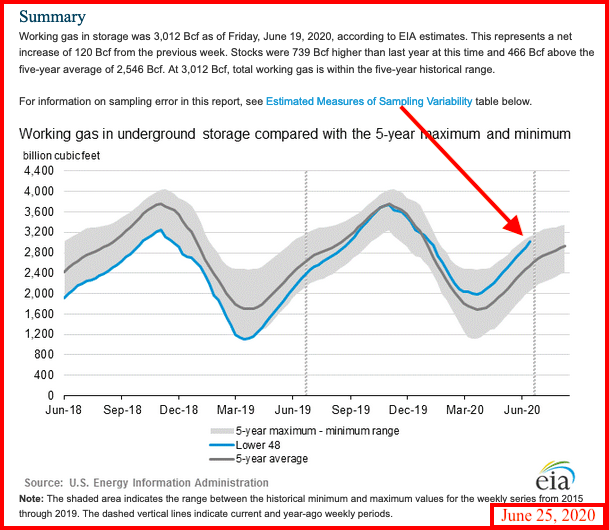 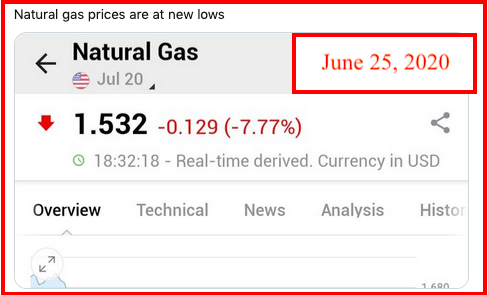 Reparations. The tea leaves suggest, sooner than later, reparations will be "passed." I think there are ways to make it work. It's one of those "aha" moments that emanates from the Covid pandemic. More on that later, perhaps.

Pandemic: I'm getting mixed messages. Are folks interested in "herd immunity" or not?

Killing fields: more homicides in North Dakota in 2019 than in previous twenty years, in both rate and actual numbers. Link here.

This was sent to me on June 23, 2020. I did not post it. The article: appeals court hands President Trump another win. Appeals court says Trump administration can move forward with expanding fast-track deportations.

The decision was recorded as a 2 - 1 decision but in fact it was unanimous. Trust me. From the article:


In the 2-1 ruling, the majority wrote that a group of nonprofits had legal standing to bring the lawsuit but that immigration law granting broad authority to DHS makes their case unlikely to succeed.

"There could hardly be a more definitive expression of congressional intent to leave the decision about the scope of expedited removal, within statutory bounds, to the Secretary’s independent judgment," Judge Patricia Millett wrote in the majority decision.

Millett, an Obama appointee, and Judge Harry Edwards, a Carter appointee, were in the panel's majority. Judge Neomi Rao, appointed by President Trump, dissented, arguing the lawsuit should have been thrown out altogether.

Let's repeat that in case you missed it the first time:


Millett, an Obama appointee, and Judge Harry Edwards, a Carter appointee, were in the panel's majority. Judge Neomi Rao, appointed by President Trump, dissented, arguing the lawsuit should have been thrown out altogether.

So that was that. Filed. Forgotten.

Until a reader spotted this. From the Washington Examiner the very next day: appeals court orders judge to grant motion to dismiss Flynn case.

Now what appeals court judge was that?

Yes, you are getting ahead of me. It was Judge Neomi Rao.


The two Republican appointees agreed that Sullivan should be ordered to dismiss the case, and the Democratic appointee dissented. Judge Neomi Rao, who was appointed by Trump in 2019, authored the appeals court opinion telling the lower court to dismiss the case and was joined by Judge Karen Henderson, appointed to the appeals court in 1990 by President George H.W. Bush.

By the way, I posted this earlier this morning:

I've been told that as much press as the US Supreme Court gets, it's really the appellate courts that have "all the power." That would be very, very true.  The US Supreme Court is very, very particular in which cases it will hear, and even if SCOTUS wanted to take on more cases, it simply could not due to the calendar and reality.

And appellate judges? Confirmed by the US Senate.


President Trump mockingly thanked his predecessor former President Obama for leaving so many judicial posts vacant despite a Republican-controlled Senate slowing down confirmations during the last two years of the Obama administration.

“When I got in, we had over 100 federal judges that weren’t appointed,” Trump said during a speech in Ohio on Thursday. “I don’t know why Obama left that. It was like a big, beautiful present to all of us." 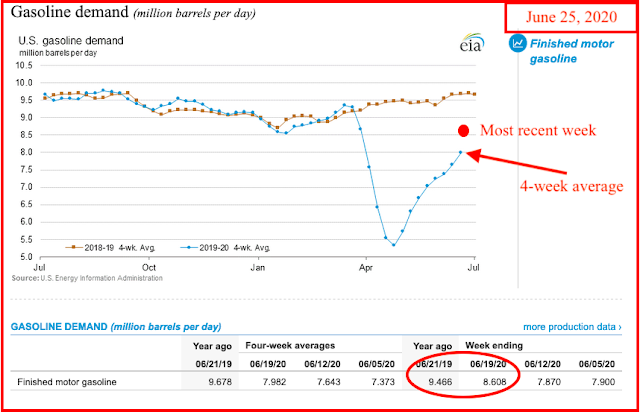