June 16, 2017: is this the real reason California needs to ban gasoline/diesel engines and go to EVs. From the LA Times:


Air quality officials warned Thursday of “very unhealthy” smog levels in the coming days as a heat wave envelops Southern California and primes the region for a bout of unusually high and widespread pollution.

Levels of ozone — the lung-damaging gas in smog — are likely to reach “unhealthy to very unhealthy” levels in the Santa Clarita, San Fernando and San Gabriel valleys, Inland Empire and the San Bernardino and San Gabriel mountains, according to the South Coast Air Quality Management District.

So far this year the South Coast basin, the coast-to-mountains expanse of 17 million people across Los Angeles, Orange, Riverside and San Bernardino counties, has violated federal ozone standards on 44 days.

The air district in March adopted a plan to clean smog to federal standards by 2031 that, to be successful, will require boosting local, state and federal spending on cleaner vehicles by more than tenfold to $1 billion a year.

This is one of several states that wants intermittent energy (solar, wind) to provide all electricity for the state by 2035 or some such year.

This is the state where today less than 5% of all new automobile sales are EVs/hybrids but wants to have nearly 100% of all automobiles EVs by 2035 or some such year.

In other words, this state has some grand plans for intermittent energy. Good luck.

In the military we called this "triple-P": piss-poor planning.

Be that as it may, the story at SeekingAlpha speaks volumes.  Thank goodness Ivanpah is finally up and running.

Clearly, California has some big dreams.


California Dreamin', The Mamas and The Papas
Posted by Bruce Oksol at 10:22 PM No comments:


Note: 56 rigs is more than twice the number we had one year ago. For newbies: the numbers of active rigs in the Bakken has little correlation with production of crude oil; the number of rigs correlates with the amount of "activity" in the basin.

Posted by Bruce Oksol at 8:16 PM No comments: 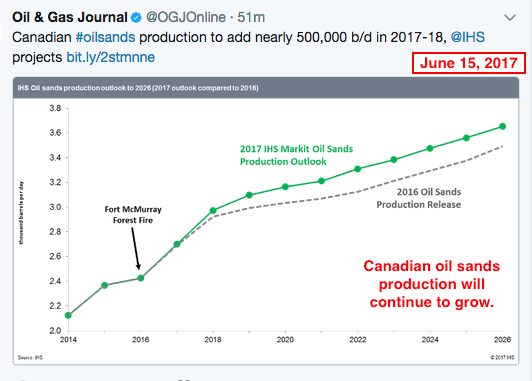 Four Strong Winds, Ian and Sylvia
Posted by Bruce Oksol at 11:37 AM No comments:

Random Update Of The Completion Strategies In The Bakken -- June 15, 2017

Completion strategies: of the middle Bakken and Three Forks wells that have been fracked in the past several months, these are my general observations (I am not tracking frack data for DUCs, yet). These are my observations. I could be completely wrong; I may be seeing things that others don't see, or some observations may be compleetely wrong. Don't quote me on any of this. I post this only to help me better understand the Bakken:
I have posted the raw data at this post.
Posted by Bruce Oksol at 11:30 AM No comments:

Camille Pagille in The Weekly Standard:

Here we go again: At Reuters, federal judge orders more environmental analysis of Dakota pipeline. This is the judge's 91-page opinion -- it will download as a pdf. A big "thank you" to a reader for sending me the link. The reader who follows this story a whole closer than I do has not anxiety; it is his/her opinion that the judge has a good handle on the situation. This is same judge that allowed the project to go forward in the first place. DAPL would be wise to do whatever the judge asks, or perhaps better said, to negotiate in good faith with the judge and all parties involved.


Note: in this month's Director's Cut (released two days ago), Lynn Helms suggested that the maximum number of active rigs we would see in 2017 was 55. Today, we went to 56.

Disclaimer: this is not an investment site. Do not make any investment, financial, job, relationship, or travel plans  based on what you read here or what you think you may have read here.


Of the 43 major U.S. exploration and production companies we have been tracking, the 13 diversified companies — the ones with a balanced mix of crude oil and natural gas reserves — engineered the most dramatic financial reversal in the first quarter of 2017, generating $4.6 billion, or $11.46 per barrel of oil equivalent (boe), in pretax operating profit after almost $65 billion in pretax losses in 2015-16. These producers, like their oil-weighted and gas-weighted counterparts, benefited from higher prices and sharply lower drilling and completion costs and lease operating costs.

The magnitude of the turnaround was driven by exceptional results from giant ConocoPhillips, which generated more than one-third of the total first quarter 2017 pretax operating profits for our 43-company universe and nearly one-quarter of the total cash flow. The remaining 12 diversified companies reported $1.3 billion in first-quarter pretax profit after $54 billion in losses over the past two years. Today we look at how the turnaround efforts of 13 diversified oil-and-gas E&Ps have been paying off.


A divide between Saudi Arabia’s ruling family and executives of the kingdom’s oil company over where to list its shares is slowing the march toward a planned 2018 initial public offering, according to people familiar with the matter.

Those executives are concerned that listing in the U.S. would expose the company to greater legal risks, including from potential class-action shareholder lawsuits, according to these people.

The other problem, of course, is to go public when oil is selling at $40/bbl. 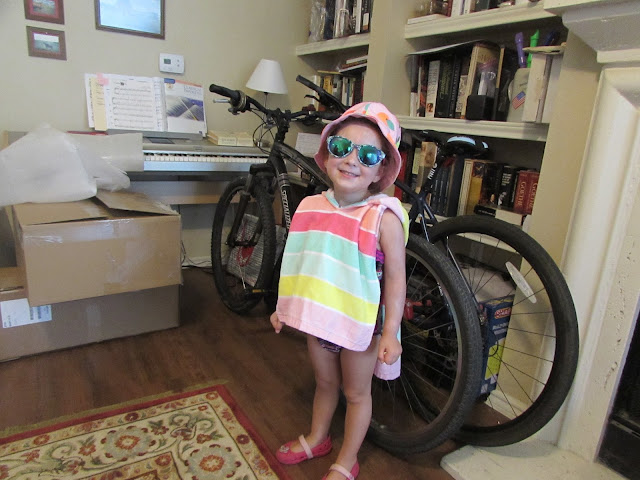