The battle over boosting the minimum wage in Los Angeles has turned to the dollar bills tucked under an empty coffee cup, the spare change dropped into tip jars and the hasty calculations jotted down on meal tabs.

As LA leaders weigh raising wages for businesses across the city, scores of local restaurateurs argue that the city should count tips toward the added amount they would have to pay workers to reach the proposed $13.25 or $15.25 minimum wage.

Doing so, they say, would ensure the wage increase helps those who need it most and reduce the financial burden on businesses.

"There is just no room for us to be able to afford this increase and stay in business," said Caroline Styne, who owns several restaurants and cafes around Los Angeles. "None of us is refuting the fact that people making $9 an hour cannot get by on that. I'm talking about people that are already making well over that."


The North Dakota state government receives through severance taxes 11.5 percent of the gross value of all oil produced.

In addition to severance taxes, the state of North Dakota owns extensive mineral rights, which are leased by competitive bidding.

But for purposes of this discussion, let's just remember the 11.5 percent of gross value of all oil produced.

The state is producing in excess of one million bbls/day.

The StarTribune is reporting:


After a six-year epic oil boom that has transformed both the economy of North Dakota and the lives of its people — sending unemployment to record lows and development and budget surpluses to record highs — the drop in prices is beginning to alter the landscape here.

Half the rigs have been idled, costing thousands of oil workers their jobs with more layoffs likely to come.

Here in Williston, the epicenter of the boom, there is little panic. Officials say they welcome the chance for their city, the fastest-growing small city in America for the past four years, to catch its breath after years of breakneck change.

“Obviously, we have some catch-up to do.” In cities across the oil patch, residents are waiting to see whether this is a slowdown or a bust. There are still billions of barrels of oil locked tight in the shale below.

Every day, a million barrels of oil still pump to the surface. In the vacuum left by downed exploration rigs, communities are counting on a continued flurry in construction, small business start-ups and — regional planners hope — manufacturing as they rush to build homes, schools, roads and sewer lines to serve the new North Dakotans who now call the oil patch home. The ones officials hope will stay.

And note this, from Chuck Wilder, owner and operator of the best little bookstore west of the Mississippi until you get to Powell's bookstore in Portland, Oregon.


Chuck Wilder, whose grandmothers were in Williston for its founding in 1887, has watched oil busts hollow out his hometown before — first in the 1950s and again in the 1980s. This, he said, doesn’t feel anything like a bust.

In fact, sales so far this year are better than a year ago, when the boom was in full swing.

Up the street, construction crews hammer at a half-finished complex of mixed-use retail, office and upscale apartments. Another block down Broadway, oil workers crowd into the new sushi bar, Basil, for lunch.

The oil deposits below Williston are so rich, it’s still profitable for companies to drill here, even with oil prices cut in half.

I think half of the best part of my book collection that doesn't come from Amazon came from Books on Broadway.  And hopefully I will be buying a few more in about ten days. 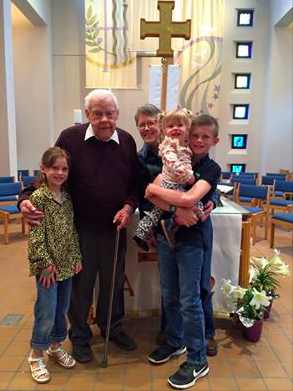 A couple of note. First, this, sent by two readers:
And then this from Forbes:


Wells coming off the confidential list this weekend, Monday: 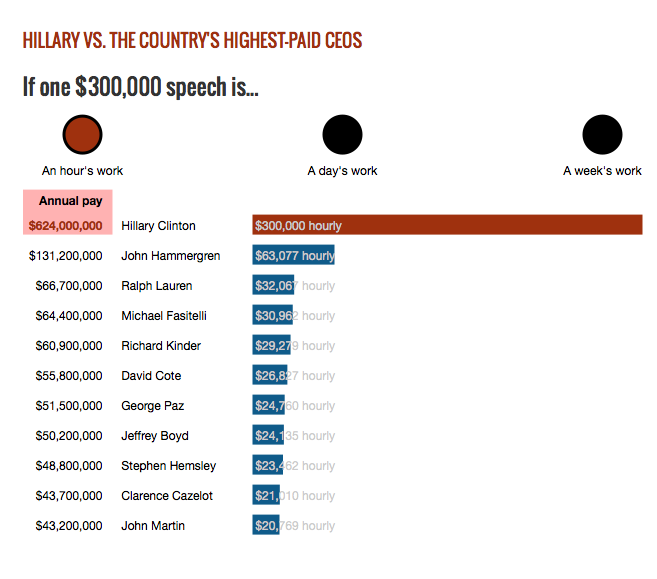 I was surprised to see this article downloaded without a subscription: Tesla's not as disruptive as you might think -- Harvard Business Review.


In the fall of 2014 an investor contacted HBS professor Clayton Christensen with a friendly challenge. Christensen is best known for his theory of disruptive innovation, which describes how firms that introduce rudimentary products can eventually overrun established players by systematically improving the products until they meet the needs of mainstream consumers, generally at low prices.

The investor, a shareholder in the electric vehicle company Tesla, suggested that Tesla’s founder, Elon Musk, is creating a new model of disruption, in which products start at the high end and move down.

During its 10-year history Tesla has made just 59,500 cars, most of which cost upwards of $100,000. But it expects to introduce a model in late 2015 with a sticker price of about $70,000, and in 2017 it plans to launch one for $35,000. Musk is outspoken about his goal: to create an affordable mass-market electric vehicle that will supplant gasoline-powered cars.

The article was too tedious for me to read all of it, but the bottom line:


Think about it this way: All-electric vehicles accounted for just 119,710 of the 16.5 million automobiles sold in the U.S. in 2014—seven tenths of one percent of the market.

Established carmakers are paying little attention to EVs not because they’re clueless but because so few people want EVs. (And they aren’t completely ignoring EVs; consider the all-electric Nissan Leaf and Chevy Volt, each of which outsold Tesla in 2014.)

Tesla is betting that preferences will change—that someday millions of people will want electric vehicles. If that happens, Bartman believes that GM, Toyota, and others could shift to EVs relatively quickly, using their existing manufacturing capabilities, supplier networks, and dealerships to fend off the threat.

Think about that: my hunch is that GM/Ford/Toyota already have plans in their corporate lock boxes (safes) to convert vehicles from gasoline engines to electric motors.

Interestingly, if EVs really caught on, simply take their hybrids, and take out the gasoline engines, and put in a bigger battery.

Don did some quick math on the back of an envelope, or probably the back of a utility bill from MDU:
The linked article connected the dots for me: answering the question why GM/Ford/Toyota/Honda seem unconcerned about Tesla.

Actually, it's kind of interesting to follow. If Tesla develops an EV:
Ford, GM, Honda, and Toyota will be mass-producing the same by the end of the year.

OPEC: We Are Winning The Price War By Driving Frackers Out Of Business -- April 19, 2015

Now that I know the folks behind this "blog" at the link, I am much more circumspect.

A reminder: this is not an investment site; do not make any investment or financial decisions based on what you read here or what you think you may have read here.

OPEC says the US oil boom will end this year:


OPEC says the demand for oil – its oil – will rise during 2015 because the cartel is winning its price war against US shale producers by driving them out of business.

“Higher global refinery runs, driven by increased [summer] seasonal demand, along with the improvement in refinery margins, are likely to increase demand for crude oil over the coming months,” the cartel said in its Monthly Market Report, issued, April 16.

OPEC forecasts demand at an average of 29.27 million barrels per day in the first quarter 2015, a rise of 80,000 bpd from its previous prediction made in its March report. At the same time, it said, the cartel’s own total output will increase by only 680,000 barrels per day, less than the previous expectation of 850,000 barrels per day, due to lower US and other non-OPEC production.


OPEC said, it expects that US supplies of oil will increase to around 13.65 million barrels a day in this year’s second quarter, but then flatten and begin to turn down for the rest of the 2015. This applies to Canadian production as well. “US tight oil and Canadian oil sands output are expected to see lower growth following the recent strong declines in rig counts,” the report said.

The consumers are the winners. Lots of story lines here. The most important thing for Saudi is to keep the Americans, the Chinese, and the subcontinent Indians addicted to oil, and giving it away at $50/bbl is a big help.

Whatever happened to all those oil speculators? LOL.
Posted by Bruce Oksol at 11:24 AM 2 comments:

"Gridlock" will have to do with Germany's experience of individuals selling their roof-top solar electricity back to the state. Chaos.

This story is out of Hawaii as reported by The New York Times:


“Hawaii is a postcard from the future,” said Adam Browning, executive director of Vote Solar, a policy and advocacy group based in California.

Other states and countries, including California, Arizona, Japan and Germany, are struggling to adapt to the growing popularity of making electricity at home, which puts new pressures on old infrastructure like circuits and power lines and cuts into electric company revenue.

As a result, many utilities are trying desperately to stem the rise of solar, either by reducing incentives, adding steep fees or effectively pushing home solar companies out of the market. In response, those solar companies are fighting back through regulators, lawmakers and the courts.

The shift in the electric business is no less profound than those that upended the telecommunications and cable industries in recent decades. It is already remaking the relationship between power companies and the public while raising questions about how to pay for maintaining and operating the nation’s grid.

The issue is not merely academic, electrical engineers say.

In solar-rich areas of California and Arizona, as well as in Hawaii, all that solar-generated electricity flowing out of houses and into a power grid designed to carry it in the other direction has caused unanticipated voltage fluctuations that can overload circuits, burn lines and lead to brownouts or blackouts.

The US will work its way through this. The good news: Germany went first.

Related: a reminder of a post for those who like colorful graphs.
Posted by Bruce Oksol at 11:15 AM No comments: