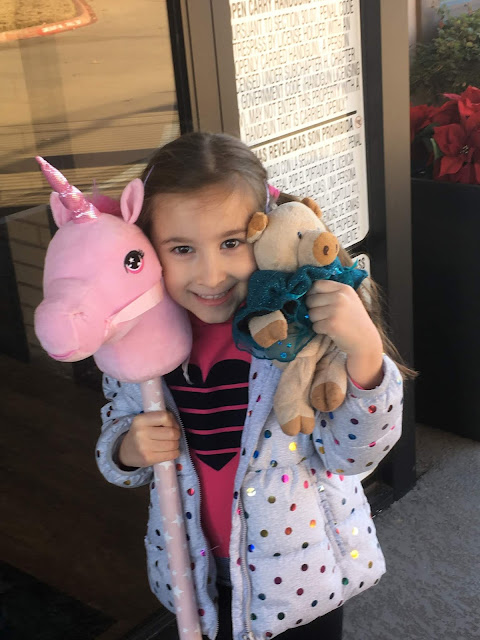 A reader directed me to Alwin C. Carus.

One might begin here and then from there do one's own google research.


The Alwin C. Carus Research Grant honors Carus and his interests in all aspects of history, archeology, and astronomy. Carus was born Nov. 20, 1901, in LaSalle to Paul and Mary (Hegeler) Carus.

He majored in chemistry and physics at the University of Chicago. He worked in the research laboratory at Carus Chemical Co. until he retired.

He also owned and helped operate farms and ranches near Killdeer in the Badlands of North Dakota, in western Minnesota, in eastern Montana on the Tongue River, and 200 miles northwest of Edmonton, Alberta, Canada, in the Peace River Valley.

He traveled to Iraq and Turkey in the 1950s to visit ancient archeological sites with a graduate of the Oriental Institute, University of Chicago. He joined several expeditions with renowned astronomers to journey to the best places to view solar eclipses. In all, he witnessed over 12 total eclipses of the sun.

What a great country. It just never quits.
Posted by Bruce Oksol at 6:59 PM No comments:

We had the day off. No driving. No appointments. No nothing.

Our day off:
Movies (later): the movie -- Knives Out -- was incredible. WSJ reviewer loved it; most comments, "Best movie I've seen in some time." Slow movie in a way; won't be everyone's cup of tea; I went to see it for the ensemble cast; not disappointed. Ana de Armas absolutely blows it out of the water!


I've got the headphones on, playing music as loud as I can to avoid watching the ABC Nightly News that my wife is watching. I take the headphones off to watch a Tom Steyer commercial -- he's currently polling zero percent in the Quinnipiac poll -- zero percent .... he is now calling Mr Trump a failure. My wife detests Mr Trump, but we both agree -- she begrudgingly -- that we would like to have failed like Trump, let me count the ways:
Oh, one more thing: president of the United States.

This is the man.

Item on the evening news: Apple's AirPods -- demand is so great that ordering them now from Apple and they won't be delivered until December 30, 2019, or later. Keeping America great.

Market: did the three major indices all hit new highs today? I don't know but I think so.
Posted by Bruce Oksol at 6:26 PM No comments: 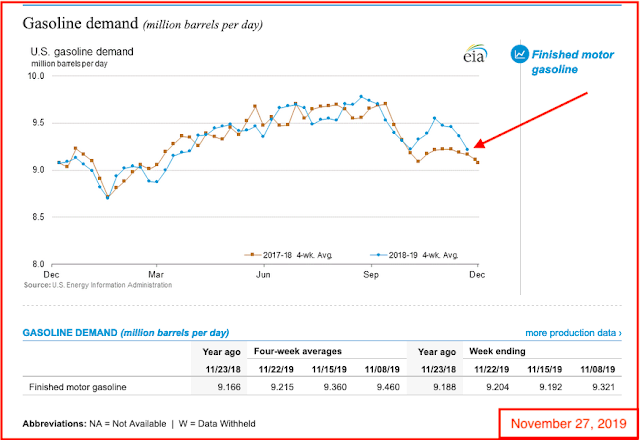 This page won't be updated. I believe this completes the CLR Carus wells for now.

The dreaded Bakken decline rate? Not yet. LOL.

Posted by Bruce Oksol at 1:28 PM No comments:

CLR reports another monster Carus well today. Note: the well was tested 8/19; and has produced nearly 150,000 bbls by end of 9/19; note the large amount of proppant (very inexpensive these days) and the moderate number of stages):

Link here. US weekly petroleum report.
All things being equal, WTI should be "up." Let's see: WTI is down 49 cents, breaking below $48.

Re-balancing (note: to keep graphic manageable in size, much of the data is "hidden"):

This will be the top story of the week. Not so much the story itself, but "everybody" is now reporting this story.
From a reader (see first comment): https://www.youtube.com/watch?v=vYtpKBNTCB8.
Posted by Bruce Oksol at 9:18 AM 2 comments:

Behind the scenes consolidation:
Bumblebee: tuna wholesaler files for bankruptcy; to be bought on the cheap by Chinese company;

Recession is just around the corner: article is ridiculous; comments are great. KAG.

This is fascinating. On November 5, 2019, just a couple of weeks ago, I posted on the blog:

Our middle granddaughter was invited to be a guest player on one of the FC Dallas (Texas) teams.

For the 14U girls, there are 28 national teams invited to this two-part tournament.

The first half of the tournament is a four-day tournament in Miami, FL, cming to an end today.

Of the 28 teams only two teams went into the last day undefeated. The team on which our granddaughter is playing was one of those two teams.

The other undefeated team lost its final game today and will finish the tournament with three wins, one loss.

The second half of the tournament will be held next March, 2020, in Las Vegas.

Following this tournament, our granddaughter will fly out to Los Angeles to to participate in another tournament. In that tournament, she is playing "up." She is an eighth grader playing on a ninth-grade team in a national tournament for ninth graders.

The scouts are out. Unfortunately I don't know how to load the instagram video but some scout or coach loaded a video of our granddaughter with a corner kick. It's quite impressive. But, of course, that's a grandfather's perspective. LOL.

On a side note, our granddaughter was one of the very few non-forwards to have scored a goal in the tournament. It just happened that she scored on a penalty kick in a game in which her team won, 1 - 0. In soccer, the coach decides which player will kick the penalty kick. It is not like a foul in basketball.
Posted by Bruce Oksol at 9:13 AM No comments:

MDU feeling flush: will increase 5-year CAPEX by 8.6%. This speaks volumes about the future of the Bakken.

Kashagan cuts production: maintenance or something of that sort.


One of the biggest international oil giants is selling its oil and gas lease rights at the northeast edge of the metro area in a deal poised to make Denver-based Crestone Peak Resources much bigger. Houston-based ConocoPhillips Co. said Tuesday that it has negotiated the deal. Niobrara refers to geological formation that’s most sought after for unconventional oil and gas development in northeast Colorado.

Crestone Peak revealed Monday that it had struck a deal to buy 97,000 acres of oil and gas lease rights in Adams and Arapahoe counties and in the city of Aurora, nearly tripling the company’s size in the southern Denver-Julesburg Basin.

The deal includes the Lowry Range, a former military bombing range east of Aurora, and some ConocoPhillips acreage in northern Douglas and Elbert counties, too.

The Niobrara is tracked at the sidebar at the right.


The doubling of crude oil production in the Denver-Julesburg Basin over the past 18 months spurred a rapid build-out of crude gathering systems and other infrastructure. Unlike the sprawling Permian Basin, with its numerous centers of drilling and production activity in parts of West Texas and southeastern New Mexico, the vast majority of the D-J Basin’s incremental crude output has come from Weld County, CO. Understandably, Weld County also is where most of the D-J’s crude gathering systems are located, and where most of the gathering system expansions are being planned and built. Today, we continue a series on existing and planned pipeline networks to move D-J crude from the lease to regional hubs and takeaway pipes.

Previously, we explained that the D-J Basin in northeastern Colorado and southeastern Wyoming offers an unusually intense concentration of hydrocarbons within four geologic layers, or “benches,” only a few thousand feet below the surface, as well as low per-well drilling costs and direct pipeline access to the crude hub in Cushing, OK. We also pointed out that the rate of crude oil production growth in the D-J Basin in 2018-19 has been second only to the Permian, and that D-J production now averages about 640 Mb/d. To kick off our review of crude gathering systems in the D-J, we started with the play’s largest network: the Black Diamond system in Weld County, which is jointly owned by Noble Midstream Partners and Greenfield Midstream.

Noble Midstream is a master limited partnership (MLP) formed in 2016 by Noble Energy, one of the largest producers in the D-J; Greenfield Midstream, in turn, is a privately held midstream developer and owner. Black Diamond currently has about 240 miles of gathering pipe and 390 Mbbl of crude storage capacity; another 30 Mbbl of storage will come online in the first quarter of 2020. Nearly a dozen customers have dedicated a total of about 286,000 acres to the system, whose crude oil flows now average about 130 Mb/d. Finally, we noted that Black Diamond recently secured an option to purchase up to a 20% ownership interest in the Saddlehorn Pipeline, one of the big crude conduits linking the D-J and Cushing; that option expires in April 2020.