I've been updating production data for wells back from 2015. That dreaded Bakken decline rate? Machts nicht. I think folks are going to be surprised by how well Bakken wells do in general over time.

So, I was curious what calendar year 2006 looked like in North Dakota. See this post. I have only updated the first thirty of forty wells.

Then, starting in mid-2006, operators started drilling Bakken wells. By today's standards they were poor wells but they have served their purpose (which I have talked about at length in the past; I won't go over that now; maybe later).

But this is what is striking. Generally speaking, operators do not abandon Bakken wells. Even really lousy Bakken wells are left alone to continue producing, albeit small amounts. If nothing else, these early Bakken wells are holding leases by production.

But many, many early Bakken wells that were very, very poor wells are now showing some life, showing some interesting production.

But look at these changes in production:

It plateaued out at around 1,500 bbls/month, which in the big scheme of things, is pretty respectable, but then look what happened in mid-2014, after the well was eight years old. Pretty incredible, huh -- what was that about Hubbert's theory?

And it was not re-fracked.

Again, the production declined, and plateaued out at around 1,000 bbls/month, but then look what happened early last year. Not particularly remarkable in the big scheme of things, except whatever happened, it extended the life of the well and we will see this over and over and over for the next 30+ years. This well will eventually be re-fracked (probably more than once).

An incredibly mediocre well by today's standards, that was fracked well before modern completion strategies were implemented, and yet in less than twelve years has produced as much oil as the average Madison well produced over a 30-year lifetime.
Posted by Bruce Oksol at 5:07 PM No comments:

Coming to the end, NDSU is up 38 - 24. It was 31- 17 with less than six minutes to play, and then NDSU misses a "chip shot" on what would have been a game-ending field goal. Eastern Washington quickly takes it to 31-24. On-side kick with 2:19 left in the game. Bison ball. Each team down to one time out. And there is it, an epic TD in the last two minutes -- GAME OVER!  What a great play call. Entire Bison offensive backfield goes left; quarterback keeper and Easton Stick goes right, running 46 yards for the TD.

From the Washington Post (note: this is not fake news):


Before North Dakota State made Fargo to Frisco an annual trip, Eastern Washington won the first FCS championship game played in North Texas. That was eight years ago.

The Big Sky Conference champion Eagles (12-2) are finally back in the title game and aren’t surprised that on Saturday they will have to face North Dakota State (15-0), which is going for its record seventh FCS championship since then.

“In the offseason thinking about getting to this point, you kind of just automatically picture it being NDSU just because it’s so normal for them to be here,” Eastern Washington linebacker Ketner Kupp said.

Second-year Eastern Washington coach Aaron Best knows what his team is up against.
“This is not a business trip. This is not a vacation. This is a game against North Dakota State, the No. 1 team in the nation, and we’re not OK to be here,” said Best, the team’s offensive coordinator during that 2010 championship season. “We will give them their best shot. They will give us our best shot.”

Yeah, it's pretty much over.... NDSU just converted its fifth for five third-down conversions.  Less than six minutes to play. NDSU should score again.

So, why is #1 playing #3 for the FCS championship?

If You're Going To Play In Texas, Alabama
Posted by Bruce Oksol at 1:36 PM No comments:

Fracking
Impact of neighboring fracks; and, here; and, here;
Random update of another re-fracked MRO well

Commentary
Shale wells not producing as much as operators predicted
Posted by Bruce Oksol at 10:36 AM No comments:

T+60, Notes From All Over -- It's Winter And Montana Farmers Still Bringing In The Crop; Meanwhile, Pho Keene Great In New Hampshire -- January 5, 2019


It's the kind of growing season they've not seen before around here.

"Nothing close at all. It's just unbelievable. One for the record books...for us anyway."

"It was kind of a bad year for everybody I guess."

The earth is getting greener, not browner. Link here.

Atmospheric CO2. For what it's worth, we should get the December reading this next week. Link here. Daily readings:
I'm feeling hot already. It must be all that coal they're burning in Germany.

From Chesto over at The Boston Globe:

General Electric prepares sell another business line: The Boston-based industrial company -- already deep into a wave of divestitures -- could be close to a deal to sell its jet-leasing business to a private equity firm for as much as $40 million.

Pho Keene Great!  A Keene, NH, restaurant owner must have been looking for more exposure with this sign. Guess it worked: Now half of New England knows this Vietnamese restaurant is opening next to Keene City Hall after announcing itself with a sign that says "Pho Keene Great." Needless to say, the bureaucrats next door were not amused.

How did authorities address the issue: the store did not have a permit to hang a sign. I am not making this up. 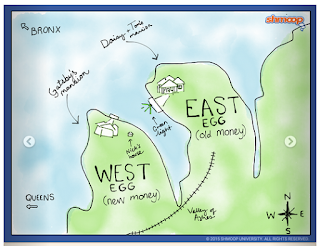 So We Read On: How The Great Gatsby Came To Be and Why It Endures, Maureen Corrigan, c. 2014.

Chapters are way too long; author needs to break it up a bit. Introduction is an astounding 23 pages long. Text is 304 pages; there are only six chapters and the introduction (304 / 7 = 43 pages; throw out the introduction, and each chapter averages 46 pages; my attention span is about 23 pages/chapter).
Posted by Bruce Oksol at 9:19 AM No comments:

Bankruptcy talk.  PG&E link here .... exploring filing some or all of its business for bankruptcy protection as it faces billions of dollars in liabilities related to fatal wildfires in 2018 and 2017.

California cold: natural gas is pulled from Aliso Canyon storage for first time in three years. Why? It's cold in southern California.


The storage facility has not been tapped for three years, but now pressed into service ... "due to cold weather over the last week and high customer demand for natural gas, all SoCal Gas storage fields, including Aliso Canyon, have been used to provide system reliability."


California Dreamin', The Mama's and the Papa's


There was probably no better example of a statement swim than Katie Ledecky‘s world record mile at the Indianapolis Pro Swim Series.

Ledecky, a new pro after leaving the college ranks just two months prior, shattered her own world mark in her very first race as a professional swimmer. The swim tore five seconds off her previous world record and gave Ledecky (at the time) the top 8 swims in history in the event.

The swim also spurred a wave of social media admiration from other Olympic swimmers, including Rowdy Gaines noting that Ledecky’s 800 split would have beaten everyone but herself at the Rio Olympics and Jacob Pebley wondering if Ledecky should get third-place prize money for the men’s event considering she beat all but two men swimming in Indy. See also this link.