A reader alerted me to this. I love it! Spend some time watching it. I find it absolutely fascinating.

Recession Is Right Around The Corner; Record US Gasoline Demand Will Compete For Top Story Of The Year -- August 28, 2019 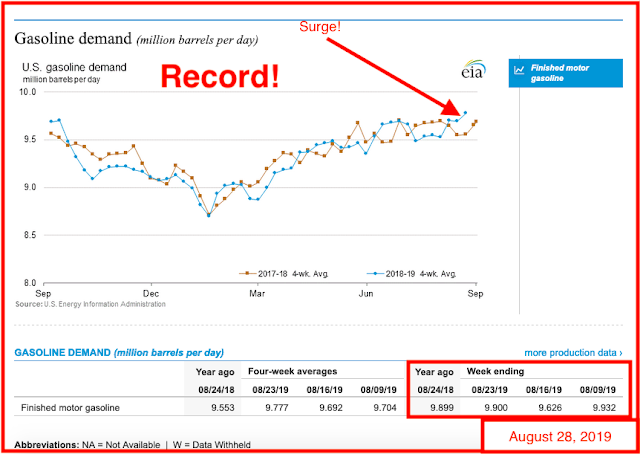 Since at least 1994, Americans have been told to use less gasoline; Tesla has become a huge corporation; and, Algore is still not president. Thank goodness. 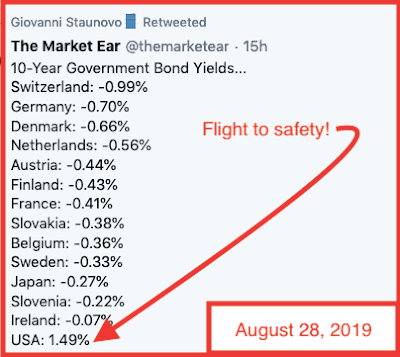 No cheddar cheese, no crackers.

May liked the restaurant. I wouldn't go back.
Posted by Bruce Oksol at 6:40 PM 4 comments: 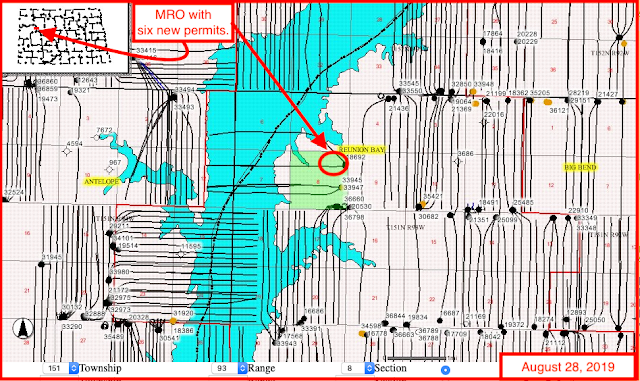 Minnesota Ethanol Plant To Close After 25 Years -- Even With Subsidies, Grants, Advocates, And Saving The World -- Will Close -- August 28, 2019

I feel bad for the employees.

Burning food to make ICE fuel despite a glut of fossil fuel.

From KEYC, with the link sent to me by Don:


The Corn Plus ethanol plant in Winnebago, MN, is reportedly shutting down. The plant will shut down as the industry battles low commodities prices. Production has been going well but the lack of a viable export market has stalled profit.

I thought springtime flooding was driving the price of corn up. At "363" today, corn appears to be near record lows, at least since 2013, or at least not unreasonably out of line. Don't you just love mainstream media? I am impressed with the American farmer, US logistics, and the free market capitalism system. 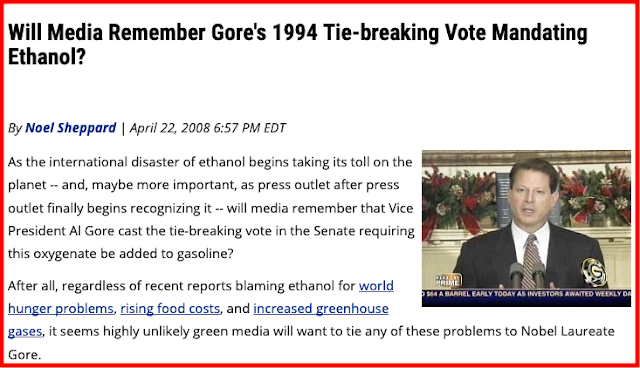 Did I forget to post this data earlier this month? I honesty don't remember.

But those numbers for Tesla are shocking. No pun intended.

If Tesla has a waiting list, there's a problem with manufacturing or deliveries.

If Tesla has no waiting list, then sales dropped off significantly, probably starting back in May, 2019, or thereabouts.

The Tesla sales in June are so out of line with those in May one has to ask, "what's going on?" I assume a contributor over at SeekingAlpha already addressed this.
Posted by Bruce Oksol at 12:33 PM No comments:

The best I can do right now with this; will try to get a better link later.


Oil production grew significantly from 0.2 million barrels per day (bpd) to 1.1 million bpd in the Bakken petroleum system from 2009 to 2014. A large volume of associated gas (1.6 billion cubic feet per day) has also been produced with the oil. A substantial part (10%) of this produced gas is flared off because of the low natural gas price and limited infrastructure for gathering and transporting the gas from the well sites. Such a large scale of gas flaring not only wastes energy but also emits contaminants such as SOx, NOx, and CO2 to the atmosphere. Reduction of flaring and utilization of produced gas are important steps toward sustained development of the Bakken.

The potential for recycled gas enhanced oil recovery (EOR) is being investigated as a method of reducing flaring through utilization. However, large-scale gas flooding might be difficult for the Bakken because of the difference between the low-permeability matrix and the highly conductive hydraulic and natural fracture networks, which may lead to low sweep efficiency. Instead, this research by the Energy & Environmental Research Center (EERC) has aimed to investigate, through a series of laboratory experiments and numerical simulation activities, the potential to extract oil from the tight rocks by taking advantage of diffusion-based processes.

Oil and gas produced from Bakken wells were characterized, and the reservoir formation properties were analyzed based upon core samples. A series of oil extraction experiments with varying gas (solvent) compositions were conducted. The minimum miscibility pressure (MMP) of various produced gas components and oil was measured to determine the pressure required for effective extraction.

Based on the experimental results, a well-scale model was developed to simulate the performance of recycled gas EOR.

Results showed CO2 and produced Bakken gas to be miscible with the oil in reservoir conditions (5000 psi, 230°F).

The measured MMPs for pure CO2 and ethane with typical Bakken oil samples were 2528 and 1344 psi, respectively.

The presence of methane in the gas increased MMP, but miscibility was still achievable under reservoir conditions.

CO2 and ethane enabled extraction of most oil components from the rocks during a 24-hour experimental period, but methane exhibited strong molecular selectivity for light-end components.

Simulation results showed that a single-well CO2 and methane/ethane huff ‘n’ puff operation could increase cumulative oil production as much as 50% for the multistage fractured wells in the Bakken.

The results of this study clearly showed that produced Bakken gas could be effectively used for recycled gas EOR. Implementation of EOR may have potential to compensate for the production decline of Bakken wells while reducing the quantity of flared gas.

There's some irony here -- something I alluded to earlier.

The analogy: volatile Bakken crude oil shipped by CBR. What did North Dakota do? Skimmed off the propane, put it in "approved" rail tank cars, and shipped the propane in unit trains to Mexico.

Now, use that flared methane to pump even more crude oil.

Faux environmentalists must be going nuts.
Posted by Bruce Oksol at 11:08 AM No comments:

NASCAR: no longer the NASCAR I thought I knew.

The road to New Mexico: I posted this story earlier this morning -- almost the first story I posted today. It has legs. Now two more articles, all inter-connected.
From the first link:

From the second link:


Governor Michelle Lujan Grisham took office with two climate-friendly pledges: to make New Mexico’s electricity emission-free by 2045, and to curb methane emissions from the oil and gas industry more substantially than they are being limited now.

However, the oil industry is one of the biggest revenue contributors to the state, and it’s a major job creator. Bloomberg’s Rachel Adams-Heard reports that people whose businesses depend on customers from the Permian are strongly opposed to any tighter methane regulations for fear their customers would go across the state border to Texas, where regulations are laxer.

The Governor is aware of the challenges, according to Adams-Heard: “It’s a juxtaposition for sure,” Lujan Grisham told her. “I think the trap for too many elected individuals around the country is that they’re asked by some constituent group to pick one, and I’ve said New Mexico is going to pick every single opportunity and then be responsible at the same time.”

This sounds like the attitude demonstrated by Alberta’s former Premier Rachel Notley, whose government tried to juggle emissions-cutting measures and support for the oil industry, which is vital for the province. The results of the latest vote suggested the NDP government had failed at the latter.

What the governor fails to realize that once a state pledges to be emission-free by 2045, that sets in motion all kinds of new bills, regulations, laws, attitudes, etc.

Happy Feet, Elvis
Posted by Bruce Oksol at 10:41 AM No comments:

Tea leaves:
When was the last "suspension"?


This tradition was again carried out at the most recent dissolution, in May 2017. The last dissolution of Parliament was on 3 May 2017, to make way for the general election to be held on 8 June 2017. It dissolved after a two-thirds majority vote by the House of Commons, as required by the Fixed-term Parliaments Act.

To answer the other question:


Brexit (a portmanteau of "British" and "exit") is the withdrawal of the United Kingdom (UK) from the European Union (EU).

Following a referendum held on 23 June 2016 in which 51.9 percent of those voting supported leaving the EU, the Government invoked Article 50 of the Treaty on European Union, starting a two-year process which was due to conclude with the UK's exit on 29 March 2019.

That deadline has since been extended to 31 October 2019.

June 23, 2016: more than three years ago. This is something from a Charles Dickens' novel.

Summers, and especially the months of July and August, have always been slow, dull, boring ... but that all changed when Trump was elected president. LOL.

By the way, did anyone note the timing of this announcement by the Queen?

Let's do the timeline:
What could possibly be more apt than "Killer Queen"?  Just like Marie Antoinette. She's a killer. Dynamite with a laser beam. Guaranteed to blow your mind.


Killer Queen, Queen
Posted by Bruce Oksol at 10:02 AM No comments: 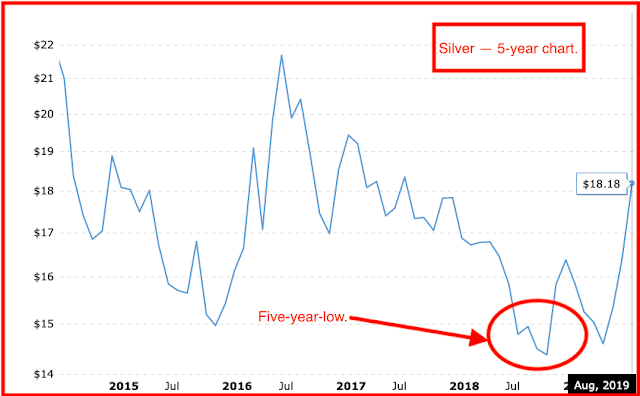 Disclaimer: this is not an investment site. Do not make any investment, financial, job, travel, career, or relationship decisions based on what you read here or think you may have read here.
Posted by Bruce Oksol at 9:52 AM No comments:

Regular readers know how much I've been talking about the DFW metroplex. Another little pearl, there are now five major financial centers all co-located just to the west of us:
This is huge.

I don't know when they moved in. Maybe several years ago, but I never noticed them until now, when lumped in with the other four. The Schwab complex is getting all the attention right now. Original plan was for a complex for 3,000 employees (mostly IT), but while building the complex, plans increased to 5,000 employees. Some now suggest we could see 7,000 at the Schwab complex.

A hint: the fifth one used to have its headquarters in in the northeast? Now moved to Roanoke, TX, area. 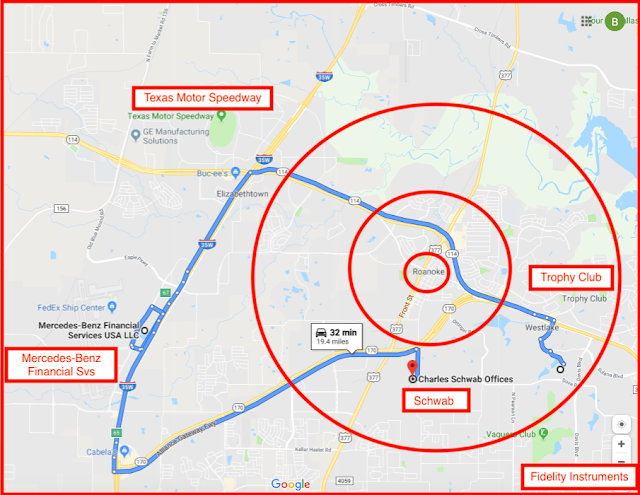 The fifth financial center to join the group in the Roanoke, TX, area: Mercedes-Benz Financial Services.


Mercedes-Benz’s U.S. headquarters will pull up stakes from outside of New York City, where it’s been for half a century, and relocate to a new building in Atlanta— mirroring recent moves southward by other foreign automakers in the U.S. In Paris, the French automaker Peugeot SA said it was closing its headquarters in the city and moving to the suburbs in a move to cut costs.

After yesterday's API report, everyone is waiting with bated/baited breath for the EIA report due out at 9:30 a.m. CT. [Yes, "bated breath" is another phrase/idiom first used by Shakespeare -- at least first written down by Shakespeare.]

Wow, wow, wow ... just as I predicted ... nuanced ... hinted at on the blog numerous times ... New Mexico ready to shut down "their" Permian .... link here. New tag: "Road_To_New_Mexico."  This will be re-posted later. How big can I make this graphic? "New Mexico officials claim they are not trying to stifle the industry." "Read my lips."

Nigeria: another huge natural gas discovery. ENI on a roll: Eni also announced a gas and condensate discovery offshore Ghana, in May, 2019, and a gas discovery in the Nour prospect, offshore Egypt, in March, 2019.


RBN Energy: autumn school of energy.
Posted by Bruce Oksol at 7:59 AM No comments: