The well:
The BR Shenandoah wells are tracked here.

Mondegreen.
Posted by Bruce Oksol at 9:45 PM No comments:

These are "monster" wells.

Tracked here.
Posted by Bruce Oksol at 9:14 PM No comments: 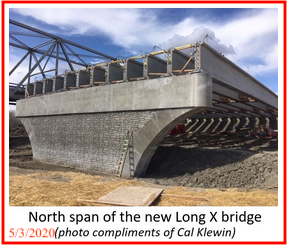 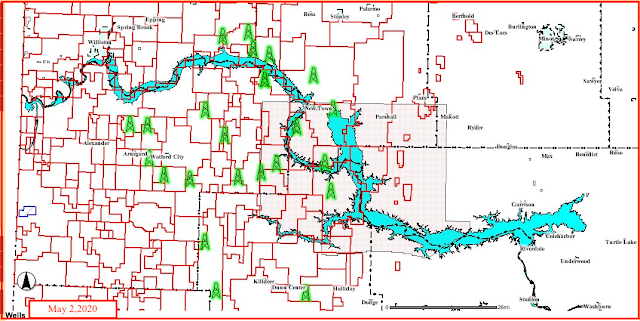 History of active rigs in North Dakota at this post.

Cornucopians: Maugheri was correct -- back in 2012 -- wow, incredibly prescient.


In 2005 investment banker Mathew Simmons predicted that Saudi Arabia could not increase its oil production. Since then its output has risen from nine million barrels a day to 10 million. Meanwhile, a recent report by oil executive Leonardo Maugheri, which was published by Harvard University, provides compelling evidence that a new oil boom has begun. If, like me, you are confused I am not surprised. One thing seems clear: we are not likely to run short of oil any time soon and one piece of good news is that at least some of the soothsayers now appear willing to own up to their faults.

Most interesting: back in 2005 and 2012, Permian shale was not on anyone's radar scope (at least publicly).


Alvin Lee, whose fire-fingered guitar playing drove the British blues-rock band Ten Years After to stardom in the 1960s and early ’70s, died on Wednesday in Spain. He was 68.

He died “after unforeseen complications following a routine surgical procedure,” according to a brief post by family members on his Web site. His manager, Ron Rainey, said that Mr. Lee had been living in southern Spain for some time.

Mr. Lee was not as well known as other emerging British guitar stars of the era, including Eric Clapton, Jimmy Page, Jeff Beck and perhaps even Albert Lee, with whom he was occasionally confused (and with whom he once recorded alongside Jerry Lee Lewis). But he was among the nimblest when it came to musicianship.

On his Gibson ES-335 Mr. Lee could shift instantly from speedy single-string leads to rhythmic riffs while doing his best to sing like his American blues heroes. He grew up listening to his father’s Big Bill Broonzy and Lonnie Johnson records in Nottingham, England.

This is an example of another well with a jump in production due to the Bakken halo effect. Unlike most other such wells, this well has been a lousy well from very beginning. Drilled back in 2010, it has produced less than 90,000 bbls of crude oil.

It has been off line for eight months, but now, it is reporting better production than ever. The 3,952 bbls in 21 days extrapolates to 5,646 bbls, which is the best month this well has ever had, except for its first full month of production back in December, 2010, when it produced 6,876 bbls over 31 days. It has never reached 4,000 bbls/month since and has barely produced all these years. Until this last month.

The well was not re-fracked. It was positively impacted by neighboring fracks. Hard to say how long this will last but the mom-and-pop mineral owners were probably pleasantly surprised.

This is an example of another nice well with jump in production. First drilled back in 2011, this well is now almost ten years old. One would not expect a jump in production but here we go. Back in 2011, wells were drilled with EURs of 350,000 bbls. This was a very short lateral, positively impacted by neighboring daughter wells.

Million-Bbl Well Back On Line After Being Shut In For Eight Months -- May 2, 2020

The well:
After being off line for eight months, this well is back on line:

Hess Well With Erratic Production Seems To Be Coming Back -- May 2, 2020

The well:
From a previous note:

Finally, it looks like this well is back on track. See full production profile here.
Posted by Bruce Oksol at 9:58 AM No comments:

XTO To Use Wells As Injection Wells As Part Of An Enhanced Oil Recovery Pilot Operation -- May 2, 2020

This page will not be updated. I track these wells elsewhere. The post below was first posted November 6, 2019. The wells have been updated.

First things first: a happy belated birthday wish to Willie Nelson -- 87 years old this past week, April 29, 2020. Here are his 143 albums ranked by Texas Monthly. It's hard to believe that one of my favorite albums, "Highwayman" was only #70. I think my second all-time favorite was "Wanted! The Outlaws." It came in at #49. Wow. What a discography. Then there's "Waylon & Willie," number 11."Stardust," #3, and, it's hard to believe that the incredible "Red-Headed Stranger" came in at #2.

From the other blogs, linked at the sidebar at the right:

Meltdown: I blogged about this a couple of days ago; Bloomberg now writes about it and even uses the same graph I used! Saudi outlook cut to negative at Moody's as reserves tumble. Fiscal deficit will widen to more than 12% of GDP in 2020. 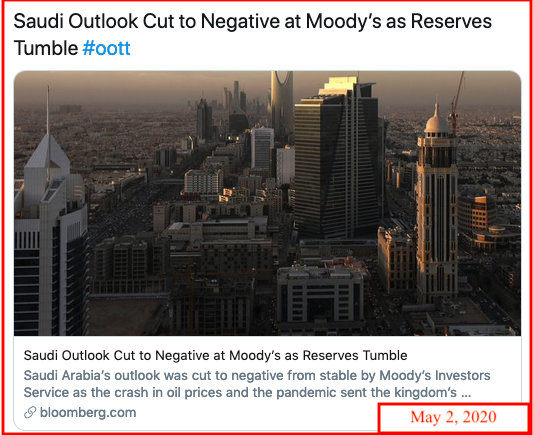 Meltdown: VLCC floating storage bookings hit at least 71 -- ArgusMedia. Average cost: $77,000/day but Shell may hold the record -- a six-month charter with a three-month extension option at $120,000/day for the Eliza. This tells me that Shell expects this glut to last well into 2021.

Wuhan flu: the strategies don't seem to matter. The "curve" looks the same in every country, with or without "shelter-in-place" mandates. Amazing graph at realclimatescience.

Wuhan flu: pseudo-science behind the assault on hydroxychloroquine. Now we see why. Nine of the 50 panel members have ties to the company manufacturing Remdesivir which now has approval by the FDA as a front-line drug for Wuhan flu. I always thought the sudden reversal on hydroxychloroquine was strange and suspect. The reversal happened way too quickly. Almost like something out of Hillary's war room. Of all the articles linked on this post, this might be the most interesting, most important. Later: Remdesivir is probably worthless.

Endangered no more? One endangered bumblebee species may be off the list simply by reviving a single UK garden. Over at not a lot of people know that.

Endangered? The UK grid. Same story we've talked about before. Some interesting data points at this update.

Meanwhile, over in China: to kick start their economy following the Wuhan flu debacle, China has approved nearly 10 gigawatts of new coal-fired power generation capacity in this year's first quarter, roughly equal to the amount approved for all of last year. How much is 10 GW? To put that in perspective, the entire UK coal-fired capacity at the end of 2018 was 12 GW.

April 2020 was almost as warm at 1865: central England temperature.

NOAA: second largest 2-month temperature drop in history in northern hemisphere record, from February-to-April, 2020. This was a 0.53°C drop. In that universe of global warming, 0.53 degrees is incredibly. Algoreans are only worried anticipating a 2-degree rise in global temperature over the next 100 years. By the way, the largest 2-month drop was also in the modern industrial age: a drop of 0.69 degrees Celsius was recorded from December, 1987, to February, 1988.

Johnny Appleseed: And we close with this .... social distancing south of Fargo, ND, winter: 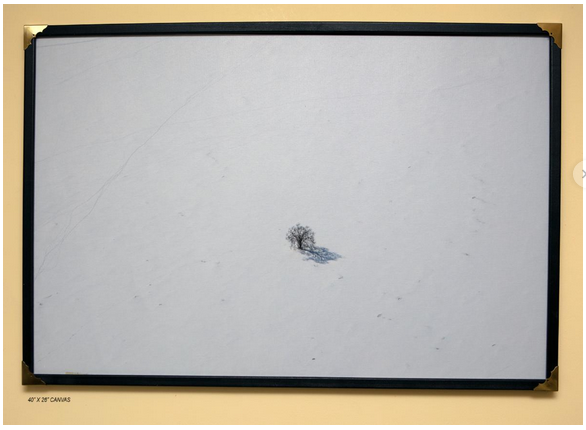 Mr Vern Whitten sent that to me. What a great photo. He calls it "social distancing." Vern says he took the photo a couple of years back but it must have stuck in his mind all these years. For those interested in a huge catalogue of North Dakota prints visit www.vernwhitenphotography.com.

Weather: do I hear thunder? There was no rain / thunderstorms in the forecast for today as of last week. What gives. Okay. That's better. It appears to be simply a pop-up storm. Will be out of the area by 10:00 a.m. and then no more rain all day. A high of 89° is forecast but it will be partly cloudy all day.

Beef: there were reports that America's beef and pork supply might be interrupted due to Wuhan flu. If so, we're not seeing it it in Texas yet. The local Albertson's had a special yesterday: huge sale on ribeye steak -- limiting the incredible deals to one per customer. A steak originally priced at $19.94 was priced down to $7.94. 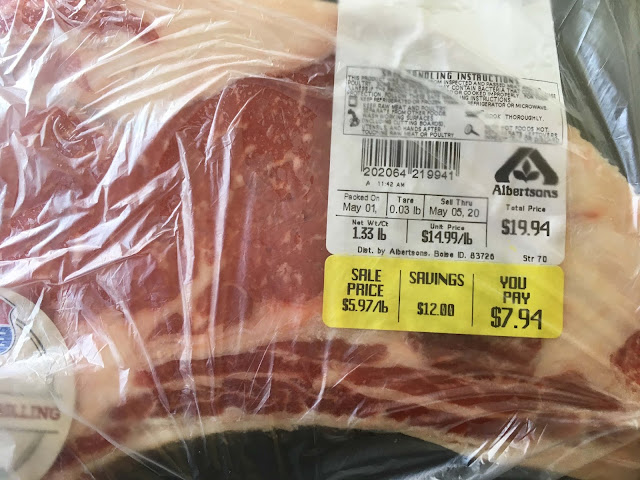