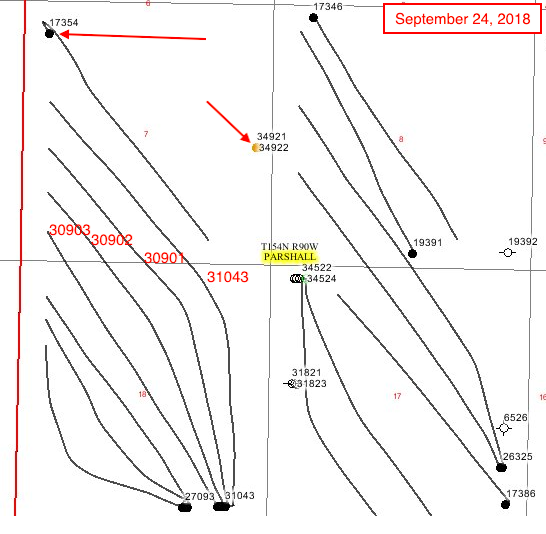 The wells to watch:

Out of the blue, Vern Whitten sent us aerial photos of the camp / village. Incredible scenery.

The last little bit of Richard III and the War of the Roses and then I will move on. 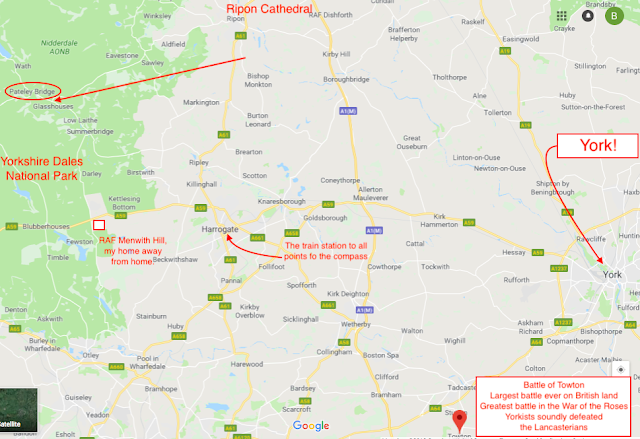 While stationed in northern England for many months over the course of four years, "my home away from home" was RAF Menwith Hill. On Saturdays, I generally caught a ride to Harrogate where I took the train to all points of the compass for a day's outing. On Sundays I would explore on foot the Yorkshire Dales National Park. Summerbridge and Pateley Bridge were my watering holes.

I never knew that I was just miles from the site of the biggest battle and the decisive battle and the last battle in the War of the Roses. Wow. If only I could live part of my life over.
Posted by Bruce Oksol at 7:08 PM No comments:


Two cities in North Dakota just amaze me -- why and how they keep growing and growing.

Vern Whitten released a set of aerial photos of the Fargo / Moorhead area.

Look at all that building going on in the Fargo / Moorhead area. Simply amazing.

The Pembina Gorge reminds me a lot of north England, up near Scotland. Beautiful, beautiful country.

This is the second of four batches of photographs that Mr Whitten has just released. First set of photos, including some of the Bakken at this post.

Drop a note to Mr Whitten telling him how much you enjoy these photos.

The "bee hive colony" on an old missile site was great.