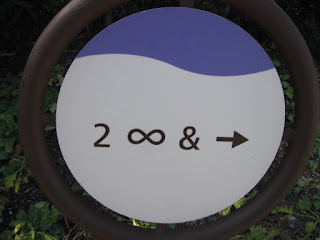 OPEC, "friends of OPEC": no hike in production; let them eat cake (or rather, let them build slicers, dicers, and fryers)

Curious price divergence: Iranian sanctions results in shortage of "right-type" of oil from the Mideast, but it's Brent that is rising in price. Note:
Panic: shipping lobby starts to panic. Wants phased start to 2020 fuel change. Now we know it's serious.

Panic in Oklahoma: stockpiles at a key pipeline nexus in Oklahoma are shrinking so fast that fears are growing that some tanks may bottom out.

Disclaimer: this is not an investment site. Do not make any investment, financial, job, travel, relationship, cable TV/Dish decisions based on what you read here or think you may have read here.

I'm back in my "Richard III" phase.

It's my contention that Richard III is the "tipping point" to understanding modern British history.

Obviously there was always a continuum involving Germany (House of Hanover); France (Anjou); the Romans; and the Scots/Picts.

Perhaps equally important or maybe even more central to modern British history was his mother, Cecily Neville. Cecily married into peerage when she married Richard of York, the 3rd Duke of York.

From wiki, one can see how the mother-son (Cecily/Richard) feud might have become a compelling family story for Shakespeare: a mother, who, in the end, absolutely detested her least / last born (actually there was a twelfth but that one, a baby girl, died early). Richard III is the fourth play of the Henry VI tetralogy.

What has always mystified me is where the name "Plantagenet" came from. Apparently no one knows for sure. The bottom line is that a sideshoot of the royal family, for some odd reason adopted "Plantagenet" as his family's name. And apparently, the name was "retractive" to his ancestors.

Richard Plantagenet and his wife Cecily nee Nevin had twelve children. Many died early. Among the boys, the first was Henry; Henry of York died in infancy. The second son became King Edward IV.
Along the way there was a falling out among the family. Apparently the youngest, the runt of the family, Richard, had had enough teasing. He ultimately turned against the rest of his family, including his mother and his older brothers Edward IV, Edmund, and George. He ultimately "stole" the throne from many more "entitled" and became the infamous King Richard III.

Back to the Plantagenets. The House of Plantagenet traces its history back to a huge landed royal house in Anjou in France. Angers, the capital of Anjou, is about three hours driving time southwest of Paris.

I don't know if any of these guys had "real" last names, but going far enough back one finally finds "Longshanks" as the paternal family name that eventually begot Richard of York, the 3rd Duke of York. I can understand why he didn't like the "Longshanks" name -- if indeed that was the family name. Perhaps the family name had long been forgotten. Regardless, Richard had spent a long time in France, and along the way decided to adopt "Plantagenet" as the family name. In France there evolved two royal houses of Plantagents (now pretty much lost to world history) and two "cadet" Plantagenet houses came to be in England: the Lancaster branch and the York branch of the Plantagenets.

The white rose (York) and the red rose (Lancaster), respectively.

To be continued, maybe. [Later: unlikely any more notes: will finish the book by enjoying it and not taking (many) notes.]

I may have some (or all) of this wrong. If it's important to you go to the source.
Posted by Bruce Oksol at 7:49 AM