A couple of points before we get started:

Think about that, one can almost say that the average production per US oil rig has almost doubled over the past two years.

Another point: by name, only two shale plays are mentioned in this article.

I've been seeing this day in and day out when I update initial production data for wells drilled in 2020, maybe 2019. Initial production, the first ninety days, is the important period when comparing shale wells; after that, the operator is managing his/her wells and production is related less to technology and strategies and more to the operator "managing" the well's production.

One last point: I am inappropriately exuberant about the Bakken.

Talk about a huge coincidence. It's almost as if someone is reading the blog. LOL.

Link here for a recent blog post with comments.

The December, 2021, dashboards have been posted:


Now this, link to Julianne Geiger: average production per US oil rig has soared 81% since 2019.

New-well oil production per rig has gained some serious ground over the last three years, increasing nearly 85% since the start of 2019, EIA data compiled by Oilprice shows.

According to the EIA’s most recent Drilling Productivity Report published on Monday, new-well oil production per rig rose to 1,142 barrels per day in December, and is expected to stay close to that figure in January, at 1,140.

Oil production in the most prolific shale play in the United States—the Permian—is expected to increase 71,000 bpd in January to 5.031 million bpd—up from 4.960 million bpd in December.

Shut Down, The Beach Boys
Posted by Bruce Oksol at 9:09 PM No comments:

There you go, Pocohontas and Bernie:

Asking for a friend: is GasBuddyGuy being sarcastic, or living in a parallel universe? He tweets today:

I'm tired of the whining: I'm talking about all the folks going nuts over Omicron

US dry natural gas production: to reach 97.5 billion cubic feet per day by December, 2022, one year from now

Los Angeles: from an out-of-town visitor: 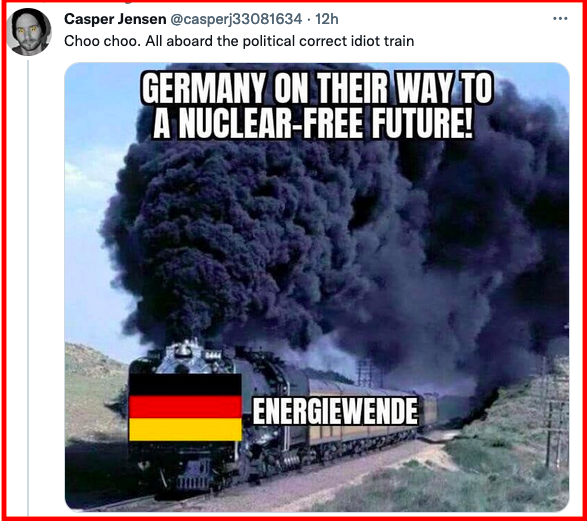 Active rigs: NDIC's active rig list shows 32 active rigs. I did not check to see if any "duplicates."

Dividends: I've lost the bubble on this. I can't remember if I've already posted this. PFE, TRN, and UNP have announced an increase in their dividends. Link here. 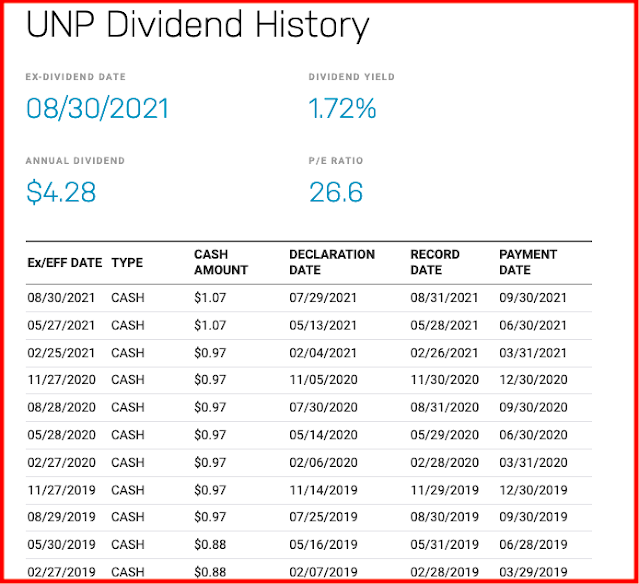 Staggering: I simply find this number staggering. Link sent by reader, thank you.

The founder of a South Dakotan firm called PaleoAdventures, which digs up fossils for commercial sale, Stein nicknamed the fossil “Big John” after the owner of the ranch where he found it.

For six years, he held on to the Triceratops in hopes that a U.S. museum would purchase it—but none came forward. Then, in 2020, he sold the fossil to an Italian firm that prepared it for auction. With much fanfare and a jaw-dropping sale price of $7.7 million (6.65 million euros) to an anonymous buyer last month, Big John became a big deal—and added fuel to an ongoing, thorny debate among scientists, auctioneers, commercial paleontologists, and private landowners.

Austria: ends most Covid-19 restrictions after civil unrest and protests. Link here. Has anyone notice that the most current Austrian surge is now ending. Posted yesterday. In fact, the restrictions were due to end this week anyway. Mandatory vaccinations still on the table, starting February, 2022, as far as I know.
Posted by Bruce Oksol at 8:23 AM No comments:

Time's Man of the Year: Elon Musk. Perhaps one of the better picks in a long, long time.

Why the market keeps going higher ... in one chart: link here.

From that linked article -- think about this -- how fast a publicly traded company puts together a marketing initiative in response to a television show:

Peloton: Count me as in the minority here, but I kind of like how Peloton's responding to the uproar over its connected bike causing Mr. Big of "Sex and the City" to have a heart attack in the latest reboot of the series.

First, Peloton blamed Mr. Big's lifestyle of partying and red-meat eating for him dying after a 45-minute ride.

Then on Sunday, Peloton put a tweet out saying Mr. Big is alive and is enjoying a romantic evening with his favorite instructor Jess King (Allegra in the show).

Having said all of that, this is still a nightmare for the company right smack in the middle of the holiday shopping season and before New Year's resolution season in January. It will do no favors to a stock that has been clobbered this year for a litany of reasons, as long-time Peloton bear Simeon Siegel of BMO Capital Markets explained.

No news, yet, regarding AMD / XLNX but both are up in pre-market trading. Overall, semiconductors appear to have a good day ahead of them. 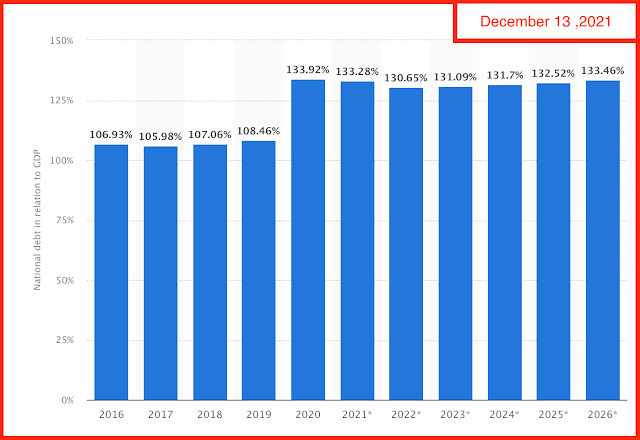 That's an interesting graph: of course the jump is all due to Covid-19 -- well, "almost all." And it probably didn't matter who was president during fiscal years / calendar years (?) 2019 - 2020 but for the record it was Donald Trump. Interestingly enough, assuming recent spending has been factored into the graph above, the ratio will drop every so slightly during the Biden administration. Just trolling. Interesting but not actionable.

The U.S. incurred the second-largest budget deficit on record in the fiscal year that ended Sept. 30, reflecting government expenditures tied to the coronavirus pandemic and adding fuel to congressional debates about proposed spending.

The $2.8 trillion deficit was the second largest since 1945 as a share of the nation’s gross domestic product and trailed only the prior fiscal year’s $3.1 trillion shortfall, when not adjusting for inflation.

The deficit for the fiscal year was 12.4% of all economic output, down from 15% the previous year, the Treasury Department and Office of Management and Budget said Friday. The deficit was 4.6% of GDP in the 2019 fiscal year, before the pandemic began.

The fund rate: incredibly low, according to Steve Liesman. Take out inflation, and the "easy money" gap is widening. The gap between investors and savers continues to widen, favoring the former.

The big story on CNBC this morning: Apple (AAPL) -- closing in on that $3-trillion market cap.

Biggest decision I have all day: whether to watch CNBC. Decision made. Television off.  Good luck to everyone.

Active rigs: the "29" is an estimate; current data will be released this afternoon when the daily activity report is released:

It has been an epic year for U.S. LNG. After COVID-19 and the subsequent global market crash brought LNG development to a standstill and shut-in production from existing terminals in 2020, this year has seen global prices repeatedly smash previous record highs, driving existing terminals to operate at peak levels and renewing interest in new LNG buildout. U.S. feedgas demand and LNG production will close out the year at all-time highs, but with just a few weeks left it looks like 2021 will be the first year since 2017 that no new LNG terminals will achieve a positive final investment decision. But that’s driven more by the tailwinds of 2020 — the back half of 2021 has seen a tremendous amount of commercial activity in the LNG sector. More than 21 million metric tons per annum of medium- and long-term capacity from planned LNG projects has been sold this year, creating enough forward momentum for multiple projects to move toward FID in 2022. We cover all the latest developments in our LNG Voyager Quarterly report, and in today’s RBN blog we take a look at some of the recent LNG deals and what they tell us about the future of North American LNG.