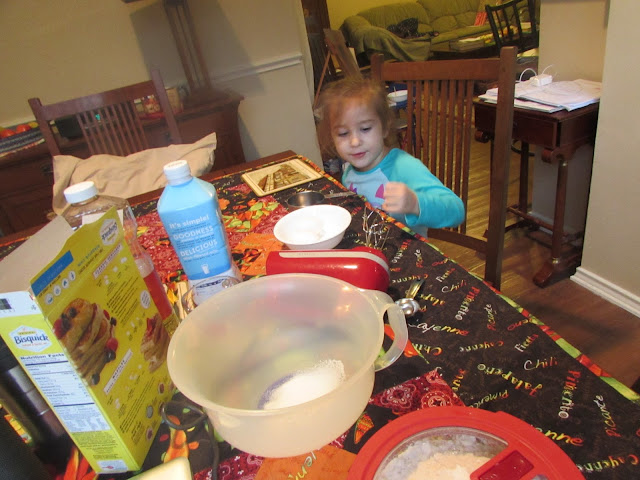 Preparation: checking out the mixer. 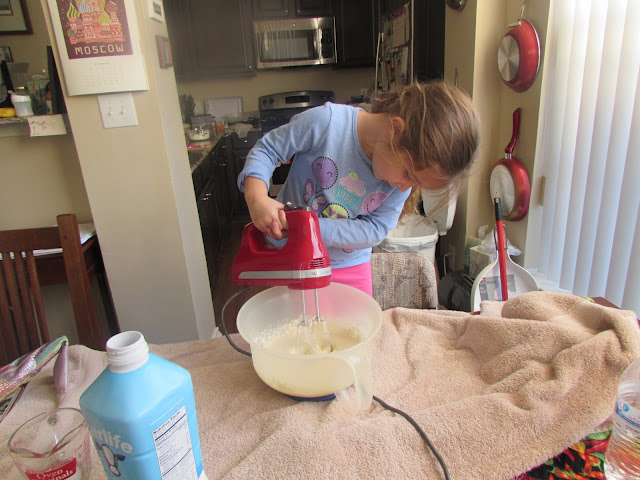 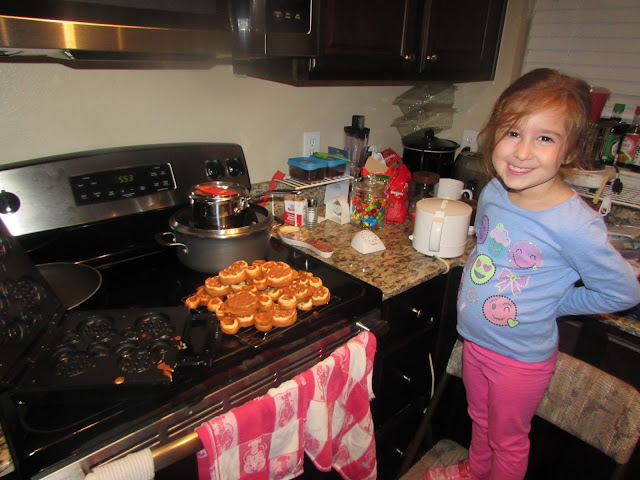 Stack of "Mickey Mouse" waffles.
The Mickey Mouse waffle-maker, black, lower left-hand corner,
blends into the blackness of the porcelain stove top.
Posted by Bruce Oksol at 7:48 PM No comments:

North Dakota Game and Fish has completed work on a public shooting range near Williston.

The Lewis and Clark Wildlife Management Area shooting range is 6 miles southwest of Williston and opened Nov. 2 after full renovation.

It features 19 concrete shooting benches, including five at 200 yards, nine at 100 yards and five at 25 yards and for pistol/rimfire range.


From The Williston Herald: production cleared 1.1 million bopd and more increases may be ahead.

Long laterals:
Flaring problem? a one-time maintenance problem that has been fixed, according to the Director, NDIC.

Before we get started, from CNBC, September 18, 2017: EIA expects North Dakota's Bakken shale output to rise by 8,000 barrels a day in October.

Summary: the number of producing wells has decreased about 0.7% and yet total production has increased by almost 2% (most likely the number of producing wells will be revised upward when the final count comes in next month). Total North Dakota crude oil production is still over 1 million bopd, increasing by almost 20,000 bopd, nearly three times what the EIA forecast (see above). Flaring has increased (more than expected from number of producing wells and daily production) and now exceeds the state's goal (this may be a headline on environmental blogs). Gas capture on the reservation is very, very troubling. The Native American held-in-trust portion of gas capture is a dismal 65%; private FBIR production reports an astounding 91% capture. The BLM appears to be doing a lousy job working the flaring issue; private wells are doing very, very well in comparison.

According to notes regarding flaring: the percentage of gas flared increased to 17% primarily due to six force majeure events. September 2017 is the first month that industry missed gas capture targets in 3 years of reporting. [Apparently the force majeure events affected the reservation more than the rest of the Bakken.] This is the first time I've seen a note by the Director explaining flaring disappointments to "force majeur" events.

Most interesting was the data on page 12 of the 12-page report. The Director provided "break-even price" by county. Currently, WTI was stated to be $55/bbl:
*information from previous quarter; too little data to calculate new value.

Note: many, many pages devoted to BLM pending rules and regulations. I may come back to those later.

Comments will be moderated later.

Typographical and factual errors will be addressed later.

E-mail will be read later.

If the Director's Cut is released in the next couple of hours, I will catch up later. Here is the NDIC site.

Kyle Hass of Bowbells harvested a monster of a non-typical white-tailed deer during the season opener last Friday. His dad was there too, and his best friend. The quality company made an exciting hunt even more memorable.

As for the deer, about as non-typical as you can get, Hass said, "It was kind of a freak of nature to even have that thing around."

Non-typical white-tailed deer, those that have antlers that differ from the traditional matching sets on the left and right sides, are not completely unusual. There's a few taken every year in North Dakota. What makes the Hass buck stand out is its large size and the fact that very few people, if any, had previously seen the deer in the area only about 12 miles south of the Canadian border and 52 miles northwest of Minot. 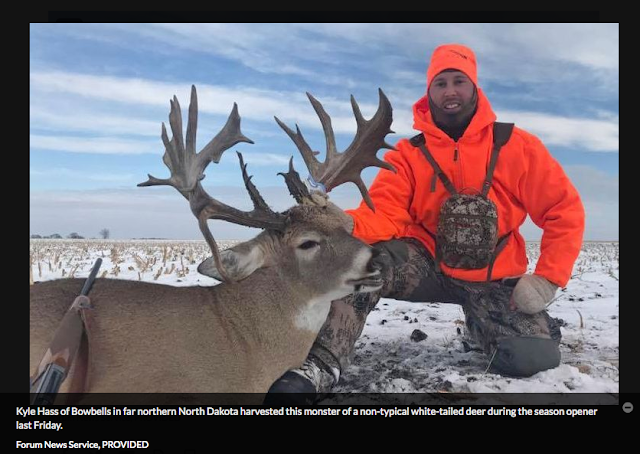 From the inside back jacket:


Jean Moorcroft Wilson lectures in English Literature at Birkbeck College, University of London. She is married to Leonard and Virginia Woolf's nephew, with whom she runs a publishing house. Her previous books include two other biographies of First World War poets, Charles Hamilton Sorley and Isaac Rosenberg, and she is currently working on a biography of Edward Thomas. She is considered the foremost expert on Siegfried Sassoon.

Sassoon:
Yet his life after 1918 is as interesting, if not more so, than before it, and not just in personal terms.

Page 5: he threw his Military Cross into the River Mersey; must have been in 1918 before the war was over; frustrated that the war dragged on. Says the M. C. meant as much to him as his "point-to-point cups." "Point-to-point" is steeplechase horse racing. "Cup," of course, is the "trophy" as in "world cup."

Paternal history: Jewish
Maternal history, quite the opposite, the Thornycrofts
But it was not the art that separated the two families
To be continued at this blog.
Posted by Bruce Oksol at 9:58 AM No comments:

November 20, 2017: Russia confirms "extremely high" radiation readings; no source given for the radioactivity (Russia probably "getting its story correct."

Nuclear is dead. Not getting much coverage in this country, but I bet it's a big story in Europe. From The New York Times, a radioactive cloud wafts over Europe, with Russia as chief suspect.


Scientists across Europe have been puzzling about a phenomenon that seemed laden with mystery and menace in somewhat uneven proportions — a concentration of radioactive pollution caused by a nuclide called ruthenium 106.

Official monitors in France and Germany concluded that, based on weather patterns, the contamination detected since late September had emanated from southern Russia or from Kazakhstan.

The most plausible zone of release lies between the Volga and the Urals.

One has to read to the very end of the story to find out that -- whatever it was -- it's over, and levels were never high enough to cause any risk to those in western Europe.

In a telephone interview, Mr. Gariel said French experts thought the two most likely explanations were that the ruthenium 106 originated in a facility treating used fuels, or that it came from a plant producing ruthenium exclusively.

In any event, the French agency said in a statement, ruthenium levels had been decreasing since Oct. 6 and the nuclide was “currently no longer detected in Europe.”

This story has no legs. And reading the entire story explains why this is getting very little coverage in the US.

Target: despite beating estimates, Target is getting slammed. Down 26% for the year, Target shares dropped a little over $5 this morning, after earnings came out (down 8.44%) and now trading at $55.04. The numbers were great; the guidance was awful: flat to maybe slightly improved. WMT in the same period has risen from $68 to $90, a gain of 32% over one year.

WTI: Yahoo!Finance top story -- market opens 150 points down, said to be due to slide in oil prices, exactly what I said two days ago. Talking heads say the slide in oil is due to a) declining Chinese demand; and b) continued "over" production in the states. I don't bu the "declining Chinese demand" story. We will see EIA's weekly report and US crude oil inventories for the past week later this morning.

I keep reading that oil supplies in the US are "tightening." I don't see it. Whoever is saying that must be "talking their book." I tend to follow the data. The price of WTI is going to have to drop below $50 for US shale production to decrease.

If you have not listened to the podcast at this post, I highly recommend it. By the way, for the record, I disagree with the interviewee's comments about "swing producers" and how quickly the Bakken can respond to price swings. It was interesting to hear that unconventional response to price is 9x the conventional oil response -- listen to the podcast to understand this. This is the quote from Platts via Twitter: "US drillers are now 9x more responsive to oil prices since adopting unconventional drilling. I understand that and agree with it. It's the "swing producer" stuff and the ability of the Bakken to respond to price changes that I disagree with. I think the phrase "excess capacity" is a misnomer these days, a carryover from a decade ago.

Before the weekly petroleum report: $55.08/bbl WTI; after the report, slightly below $55.
We'll see the "gasoline demand" graph tomorrow.

Re-balancing now estimated to take another 43 weeks, up from 42 weeks, and, of course, another week has gone by without making any new headway on re-balancing. 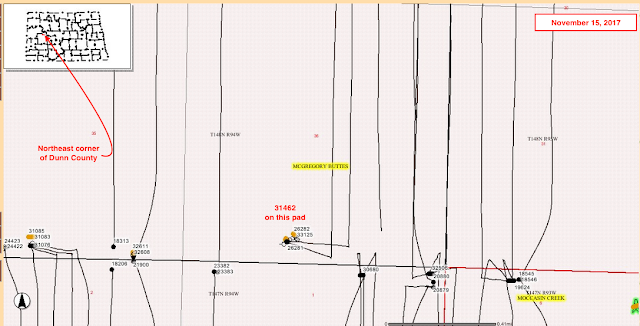 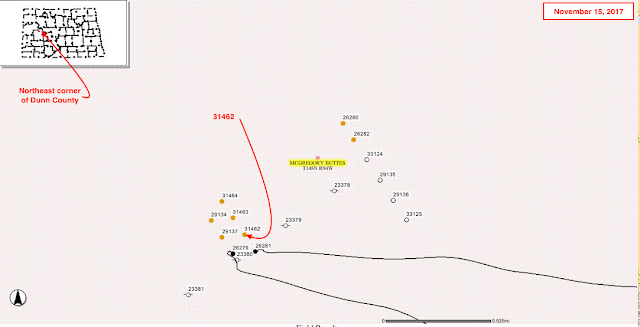