I'll post more later so as not to clutter the blog with a lot of short posts, but I don't want to lose this one. It will also be added to the short list of archived "Featured Presentations" on the sidebar at the right.

It's a pdf from Platts sent by a reader: http://www.platts.com/IM.Platts.Content/InsightAnalysis/IndustrySolutionPapers/special-report-bakken-the-king-of-the-north.pdf. A huge "thank you" to this particular reader for some really good links/comments over the years.
Posted by Bruce Oksol at 9:08 PM No comments:


The Williston Planning and Zoning approved the proposed Home Depot at Chandler Field in Williston.

At the link, the information is at paragraph (g), bottom of page 13, going into page 14.

The reader notes that this will be the second large "home improvement" store in Williston.


The Williston store will be slightly smaller than Minot's (at around 127,00 sq ft) but still a nice-sized store for the Williston Market.

The lot it is going on is pretty tight, so probably the reason for the smaller store.

The city approved about 20 less parking spots for the Home Depot so they could fit in on the lot. Menards is the second home improvement store (much larger at over twice the size of Home Depot). Menards is coming along well with the walls and the roof already in place.

I'm guessing they will work through the winter so they can have a spring opening!

Wells coming off the confidential list today were posted earlier; see sidebar at the right.


Bismarck-based MDU Resources Group is wrapping up construction of the $350 million Dakota Prairie Refinery near Dickinson, in a partnership with Indianapolis-based Calumet Specialty Products. The refinery in Minot would be a similar facility. Construction could start as early as next year if a study determines the project is feasible.


The Salvation Army is excited to announce that Albertsons has donated 330 meals to The Salvation Army as a result of their “Turkey Bucks” fundraiser. The store’s goal this year was to raise $6800 for the program, and they far exceed that goal by raising a total of $16,916. Albertsons Store Director, Kris Brurud says that Albertsons has been hosting the Turkey Bucks, a fundraiser for customers to donate at the cash register, for 10 years.

The donation of food couldn’t have come at a better time-The Salvation Army will be able to use the meals during the holidays to help individuals and families in need of food assistance.

The Sidney Herald is reporting:


Before spending a few days in the Bakken’s oilfields this week, Miss Montana USA Tahnee Peppenger heard many negative stories about the area.

Rumors of high crime, unsafe practices, wild west cowboys and not being environmentally friendly were among the tales. Because of conversations with friends who work in the oilfield, the Great Falls native didn’t believe those stories.

“I wanted to get a first-hand look. I just basically wanted to put my eyes to it,” she told the Sidney Herald this week.

The result? “I was surprised that all the myths were substantially debunked,” Peppenger said. “Knowledge is power.”

Thanks to being sponsored by the Montana Petroleum Association, Miss Montana USA was able to enjoy an up-close look of the oilfield.

Accompanied by Jessica Sena, communications director for the Montana Petroleum Association, Peppenger rode with a pumper from Northern Oilfield Services, spent time at a drilling rig owned by Patterson about five miles east of Bainville, toured a fracking site of Oasis Petroleum in Williston, N.D. and even attended a 6 a.m. safety meeting by Northern Oilfield Services.

“It was so far from the outrageous things I heard. It was a pleasant surprise,” Peppenger noted. “For any question I had, people were forthright. They were mystified why two young ladies in the oilfield were so curious.”

And, to the best of my knowledge, there are no "hoods with hammers" in the Bakken.
Posted by Bruce Oksol at 4:26 PM 2 comments:

Some time ago a reader suggested I take a look at a certain well in Divide County.

The "total depth" suggested this might be a "true-3-section-long" horizontal lateral. It turns out it was.

Flint Hills Resources said construction has begun on a project that will allow its west refinery in Corpus Christi, Texas, to process 100 percent domestic crude oil.

The project will cost around $600 million, will employ around 2,000 contractors and will be finished in three years.

Once complete, the refinery will have the capability to handle about 230,000 barrels of oil per day entirely of domestic crude.

Followers of RBN Energy will understand what this is all about ... "entirely of domestic crude."


ONEOK, Inc. today announced that its 2015 cash flow available for dividends is expected to be in the range of $580 million to $660 million, reflecting higher anticipated cash distributions received from its general and limited partner interests in ONEOK Partners.

ONEOK also has estimated average annual dividend declared increases of 12 to 15 percent between 2014 and 2017.

Although it didn't close at a new high, I believe the Dow traded at new highs today. BRK-B hit a new high at 150. 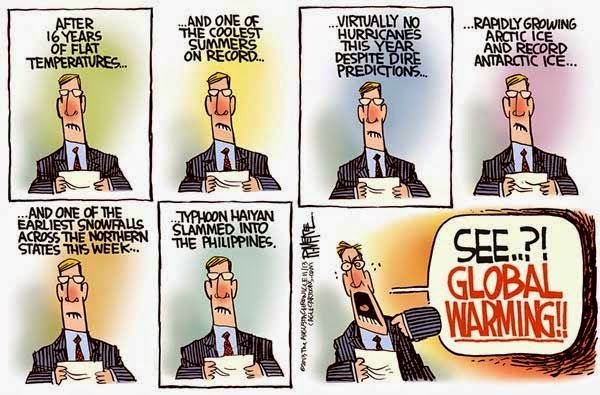 I spent my coming-of-age years in southern California. I can't say I would have wanted to have grown up there or retired there, but I do have some great memories of southern California, specifically, Los Angeles, Pasadena in the north all the way to the south to San Pedro, along the I-110 corridor.

After having lived in the Los Angeles/South Pasadena/Pasadena area for four years, I departed in 1977 and did not return for several years. During that absence I was completely unaware that what I used to think had been a state highway had been re-designated an interstate.

Whenever I visit southern California, I always enjoy driving that stretch from Dodger Stadium up to the Rose Bowl. A lot of good memories.


It Never Rains In Southern California, Albert Hammond, first released 1972
Have You Ever Seen The Rain, John Fogerty, released as a single, 1971

Random Follow-Up Of Two EOG Wells Back On Confidential List -- December 2, 2014; Choked Back Due To Slump In Oil Prices Or Simply Steep Decline (Doubt The Latter)

July 3, 2015: note unusual production profile of these two wells, placed on a pump in February, 2015

February 8, 2015: checking the well files of these two wells today.

Note these very low IPs for EOG in the Parshall; these wells were noted in the July 28, 2014, daily activity report, but on November 18, 2014, when re-checked, they were both back on confidential, and no IP was provided at the NDIC site:

Today, I see we have some production data for these two wells:


Both wells are back on confidential list.
Posted by Bruce Oksol at 11:23 AM No comments:

Weatherford said the sale of its engineered chemistry and integrity drilling fluids businesses also included a potential increase of $75 million tied to the performance of the units after the closure of the deal, expected by the end of this month.

Bloomberg has a more in-depth story.


Undeterred by the worst slump in oil prices this decade, Chevron (CVX) Corp. began pumping from a half-billion barrel deposit beneath the Gulf of Mexico more than 10 years after its discovery.

Crude and natural gas is flowing from the Jack and St. Malo fields through a platform built to service both developments simultaneously, Chevron said in a statement today. The $7.5 billion project -- Chevron’s costliest active Western Hemisphere investment -- is expected to produce for at least 30 years, according to the San Ramon, California-based company.

St. Malo was discovered 11 years ago in an area 280 miles (450 kilometers) south of New Orleans by Unocal Corp., which Chevron acquired in 2005. Jack was found by Chevron in 2004 about 25 miles from St. Malo. Both formations are part of a subsea mountain range called Walker Ridge. Daily production is expected to reach 94,000 barrels of crude and 21 million cubic feet of gas.

A little more clarity. The Telegraph is reporting:


The kingdom may also be forcing the price lower to damage the Iranian economy amid a bitter political dispute between to the two regional powerhouses over the future of Syria. Prince Turki said that both Russia and Iran should stop supporting the regime of Bashar al-Assad in Syria and if they both got out of the country the government in Damascus would fall in a few months.


Norway's Statoil said it has postponed a decision to invest $5.74 billion in a mature field, saying that it needed more time to refine the project as its profitability was under threat.

Statoil said it would decide in October next year instead of March whether to go ahead with a new platform at the Snorre field in the Norwegian Sea as it hoped to cut costs and get more precise cost estimates.

The project, which could squeeze another 240 million barrels of oil out of the field, has been in doubt due to high costs, and uncertainty has risen since oil prices tumbled to a five-year low. Statoil said a final decision on whether to build a new Snorre platform and extend the field's lifetime to 2040 would be taken in the fourth quarter of 2016 and production would start in the fourth quarter of 2021.

Analysts estimate that the Snorre platform's break even cost, including the investment and actual production spending, would be over $80 per barrel, well above the current $69 per barrel oil price.


While North America has been gripped by controversy over the Keystone XL pipeline that would ship crude to the United States from the Canadian oil sands, a small Canadian company has been quietly digging in the oil sands of Utah with a secret weapon it thinks may end the environmental argument: citrus.

U.S. Oil Sands Inc says its method will cut the cost and reduce the energy needed to separate oil from sand, lowering the environmental impact. Opponents are far from convinced.

The Calgary-based firm is developing its PR Spring project on a 32,000-acre lease about 280 kilometers (174 miles) southeast of Salt Lake City. It plans to start producing 2,000 barrels per day next year with the potential to reach 10,000 barrels per day.

Its patented technology uses a solvent whose main ingredient is derived from orange and lemon peels.

The solvent, it says, can separate tar-like oil deposits, known as bitumen, from sand more efficiently than methods currently used in the Canadian oil sands in northern Alberta.

I know one can use peanut butter to get chewing gum off clothes, so why not orange peels to separate thick oil from sand?