The second movie: Robin and the Seven Hoods

Truly amazing the "new" and original content on Hulu, Disney+, HBO, Netflix. Apple TV, Roku. Truly amazing. We "subscribe" to Hulu; our older daughter and Sophia subscribe to Disney+ and Netflix, but it looks like Disney+ -- in a heap of trouble -- is going to "bundle" this with Hulu for a ridiculously low price. I wouldn't care except that I'm eager to see "Loki" on Disney+.

Email ThisBlogThis!Share to TwitterShare to FacebookShare to Pinterest
Labels: notes

Doofus of the week: "I don't have that number in front of me."

Is EOG taking this well off line?

This is a lousy well. Does CLR have something in mind for this well?

Coming off line for a reason? The well:

November 27, 2021: see comments. A reader cites a source saying these wells were re-fracked. I assumed they were; when the "jump" is this huge, it's "always" due to a re-frack.

This well, huge increase in production:

This well, too early to tell, but certainly looks nice.


Other wells on this six-well pad:

Why is BR taking these wells off line? Because wells coming up from the south are being drilled:

BR taking this nice well off line, it goes inactive:

BR taking this nice well off line, it goes inactive:

Wow, they're reading the blog ... but we've been talking about this for years. Over at Fox Business:

On a Friday holiday, I assume in New England, where few actually showed up at work and all universities are closed for the Thanksgiving break, electricity prices are in the 5th decile in Maine (which I seldom see at the high end compared to Massachusetts), New Hampshire ("first to vote in the nation"), eastern Massachusetts (to include Boston). And it's not even winter yet, and as noted it's pretty much a holiday.

I suppose all the malls have all their lights on and cash registers "on."

Reported a couple of weeks ago: New England will be increasing their imports of crude oil from Russia this year.

Back to the article:

BANGOR, Maine – Mainers, who heavily rely on home heating oil to survive the winter, told Fox News they're already being forced to make difficult decisions due to inflation.

"I just know that I did not have these types of problems before President Biden took office," Lavertu continued. "I didn't have these concerns. I [attribute] it 100% to Washington, D.C."

Last week, the average cost of heating oil in Maine was $3.16 per gallon, up from $1.90 a year ago, according to the governor's office. The Energy Information Administration forecasts it will increase to almost $3.50 by next year.

One of the few things about which I should know so much, I know so little: the US Civil War. I cannot explain it. I assume I had US History I in eighth grade and US History II in my junior year of high school, but I absolutely don't remember either course, or the instructors. Nothing. Nada.

In eleventh grade, my favorite (and as far as I was concerned, my only) subject was chemistry. I assume I was taking algebra II but I don't recall. But I certainly had no interest in history.

A few years ago, I suddenly had the urge to study the US Civil War after "discovering" US Grant's memoirs.

And that's what I'm working on today in the "bat cave."

It's a coincidence because of this. I subscribe to only one hard copy of anything: The Claremont Review of Books. The essays on politics completely bore me but the book reviews are wonderful. The most recent issue that I received the day before Thanksgiving: "On and Off the Pedestal," Victor Davis Hanson, subscription required.

More on the essay elsewhere.

However, a new legal term for me from the essay: nolle prosequi.

To dismiss, as in: "With the Big 3 giving in to the UAW on the matter of vaccinations, it's long beyond time to for Bandon to offer a nolle prosequi of his executive mandate.

Not quite perfect, but it will help me remember the phrase and the definition.

Used in a sentence, "Based on overwhelming division this has caused the nation. the administration nol prosses the vaccine mandate." Link here. Also nol-pros. Link here.

Strolling around the house, hand-in-hand, the day after Thanksgiving: 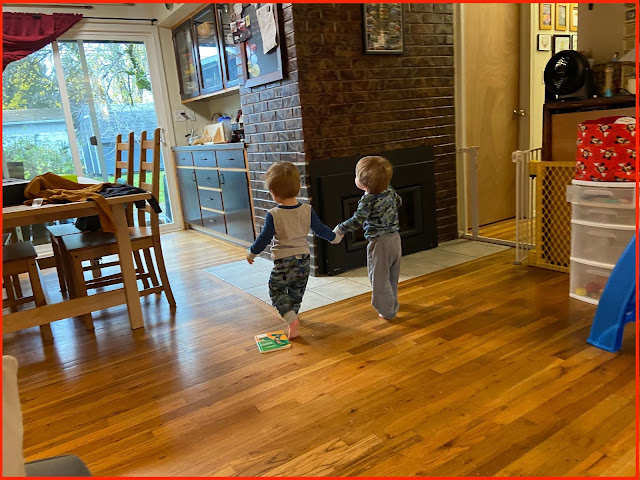 It's a perfect cocktail: extreme fears about the new covid variant in one of the lowest liquidity days of the year, plus Brent breaking below key support (100-moving day average) and lots of negative gamma kicking in. And you have a flash crash.

The selling in /CL seems a bit overdone...LOL.

The media & politicians have done such a good job instilling fear in everyone that markets are ignoring the fact that Merck & Pfizer both have highly effective antivirals available now. Major cap-ex investments will be further delayed setting up higher prices next year & beyond.

This is like announcing a new pneumococcal bacterium and forgetting we have penicillin. LOL.

This pretty much says it all, from Bismarck Tribune:

a light day of testing on Thanksgiving led to only 174 new Covid-19 cases being confirmed in North Dakota, down from an average of 619 the previous three days. I don't think the writers / editor caught the irony. LOL. Link here. 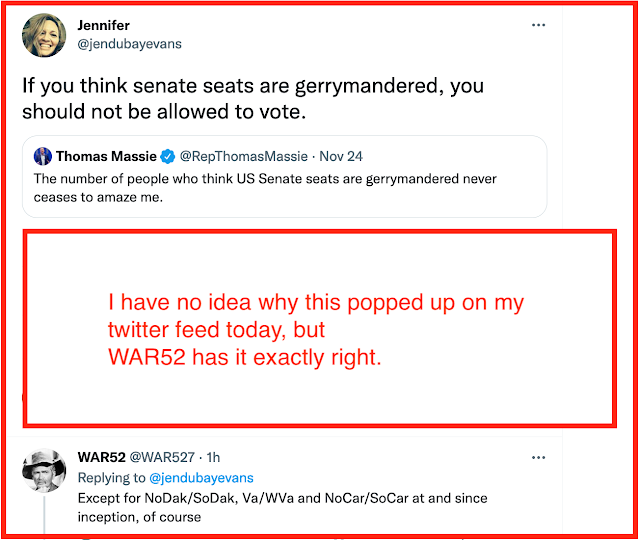 Look At The Map: Investors With A Long Time Horizon Are Going To Do Just Swell -- November 26, 2021

Connecting the dots: European governments losing control of the narrative last week with regard to Covid. Mass riots across the continent. What the governments needed was a "Nu" variant. LOL.

This, too, will pass. That SPR release came just in time. OPEC won't be raising production when they meet next week with oil crashing.

Investors: those with a long term horizon ..... say, thirty days ... will do just fine. 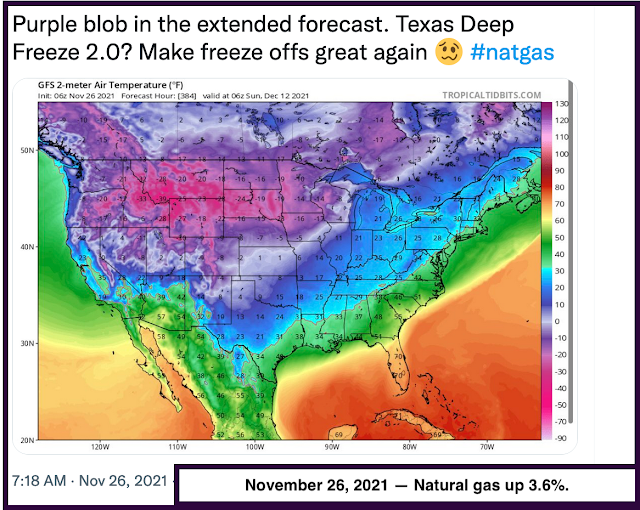 These are troubled times, as the song says, caught between confusion and pain. Following the COVID trauma of 2020, oil, gas, and NGL markets are now coping with uncertainty of medium- and long-term prospects in light of energy transition rhetoric. Will we continue to see sufficient investment in the hydrocarbon-based supplies that the world needs today, or will resources be increasingly diverted toward renewable energy technologies and wider ESG goals? Finding a way to satisfy the global appetite and fuel continued recovery while planning for the future was a core theme for RBN’s Fall 2021 School of Energy: Hydrocarbon Markets in a Decarbonizing World. In today’s advertorial RBN blog, we lay out some key findings and highlights from this fall’s virtual conference.