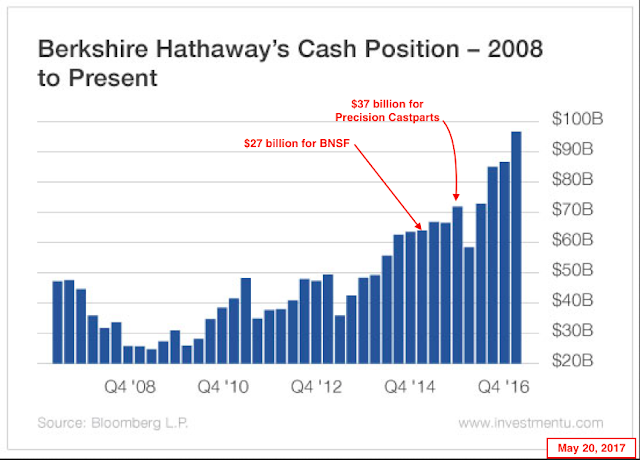 During the boom, even with 200+ rigs, total ND crude oil production was often below 1 million bopd. Now, with 50 rigs, many wells choked back, 800 DUCs, upwards of 1,200 inactive wells at any one time, the state is producing over one million bopd.

Early in the boom, EURs were in the 375,000 range; now it is obvious that EURs of one million bbls will be the new floor for "expensive" wells with "$50-oil."

For newbies: any time a new well is fracked (or in many cases when several wells on the same pad are fracked), neighboring wells are taken off-line. Sometimes it's just one neighboring well, but as the infill becomes more dense, more and more neighboring wells need to come off-line when new wells are being fracked. They can be off-line for as little as three weeks, but it seems that the norm is about 1.5 months to three months. The longer time period probably equates to several wells on one pad being fracked.

What interests me now, more than rig counts:
And so much more. 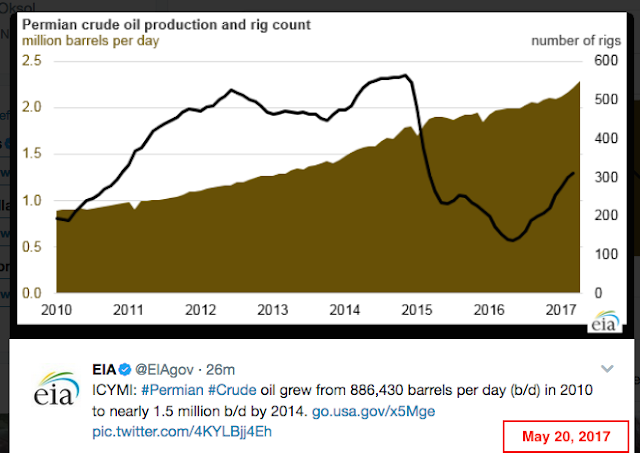 (Outside of politics), the big story of the week might have been the fact that WTI finally closed slightly above $50.

Also, for the first time in a very long time, the North Dakota oil story was linked on The Drudge Report.

Operations
Statoil has permits for 16 wells in one location; graphic here
How DUCs affect production numbers

This post is the #23,000th post on The Million Dollar Way. Ten posts are in draft but there are well more than ten posts over at the "wells of interest" site. 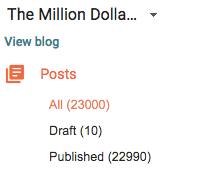 To the best of my knowledge, I now have the most posts of any ad-free, non-subscription blog that focuses on the Bakken with political notes and notes to granddaughters.
Posted by Bruce Oksol at 8:06 AM No comments: