I  haven't watched the news or listened to the radio (other than classical music when driving Sophia to and from the airport) but the little I've picked up on at two or three internet sites, is that the New York politicians are whiners, whereas the California politicians are "let's get 'er done" type of folks. I may or may not care for any of their politics on either coast, but it certainly seems there's a different attitude.

So, when I saw this, it re-affirmed / validated what I was already thinking. While New York City's politicians and New York state's politicians are still pointing blame, whining, and, in the process, dragging this out -- which, by the way, might be purposeful, coming out of the "War Room" -- the California folks are ready to move on.

Los Angeles and NYC are very, very differently culturally and the numbers may have been the same regardless who was running the show. But in hindsight, it certainly seems the NY (state and city) politicos made some significant missteps.

On a separate note, I do not "know" the medical system in New York. But from my perspective, one of the best medical systems in the world is based in California.

Anyway, I digress. I was thrilled to see this, link here: 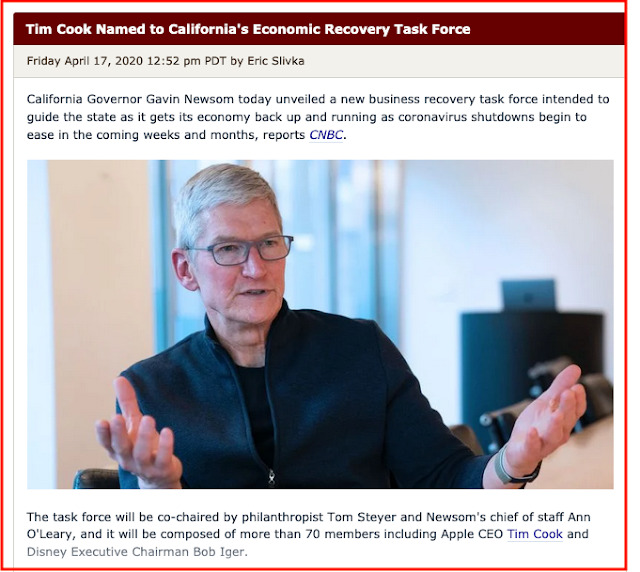 Crazy talk: there is talk over on social media that there is a very real possibility that retail service stations, as they start to go "broke," could shut down. I think one can think of any number of "outcomes." A word to the wise: keep your gasoline tanks full. I doubt it will actually happen, but stranger things have happened. When I first read that, I thought, "Okay, I could see." Then I thought: "Most pumps are now so automatic that, yes, I could see retail service stations shutting down, but the pumps still running."

US petroleum supplies. Link here. I've watched this metric ever since I started the blog. Good, bad, or indifferent, it seems that 22 -26 days of supply is about "right." Enough of this, let's cut to the chase.

The graphic says it all.

But in case you missed it: "we've" set a new record. The US now has a 35-day supply of petroleum.

Compare that during the last Saudi surge:

By the way, the "industry" can forecast exactly the number of days of US petroleum supply. I assume those numbers are somewhat "secret." LOL. It involves a little calculus and only two variables.
Posted by Bruce Oksol at 8:33 PM No comments:

The XTO Bear Den wells, the wells are sited in North Fork but will be drilled to the southeast into Bear Den:
The graphic: 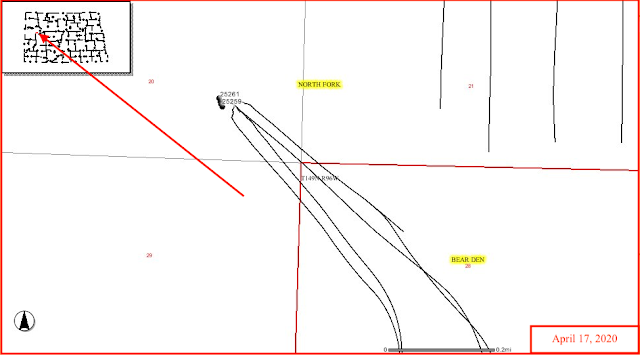 Weather: winter just won't quit. Another day of clouds, and cool weather. Though no rain is in the forecast, it certainly looks like rain.

I haven't had time to get to these stories. Maybe later, but need to get the graphics off my cluttered desktop.

Really? The other day I mentioned I needed new shoes. Today, of all things, a pop-up ad directed me to a shoe retailer. I don't recall seeing a shoe ad in a very long time, if ever, and all of a sudden, I get a pop-up ad for shoes after mentioning it in the blog. Now to have some fun: I'm going to click on that ad, and see how many more shoe ads pop up.

Dak Prescott: the last time I listened to talk radio was about three weeks ago. At that time, I thought the Cowboys had signed Dak Prescott. My brother-in-law called last night -- he said in passing that Dak has not signed. Say what? Wow. So I googled Dak Prescott news. Has this country gone nuts? The first story that popped up: Texas law enforcement raided Dak Prescott's estate based on a tip from a neighbor that more than ten people were at his house. My hunch: more to the story than we are being told.

Soccer ball: Sophia is five years old; will be six this summer. She needs a new size 3 soccer ball. She has one in her soccer bag but that's at her house; she needs a second ball here at her second house. LOL. Winner: Amazon. $11.10. Free delivery; loser: Walmart. The local judge is deciding winners and losers. Not me.

Cry me a river: years ago, this video fascinated me. I still watch it every so often. The fact that this video shows only 600,000 hits tells me the "original" was removed and a new one posted. I was sure I saw Jennifer Warnes among the back-up singers, but I couldn't find anyone who agreed with me, nor did the touring schedule support her presence. But, now things have been clarified, and I see another individual says Jennifer Warnes  was in the group. 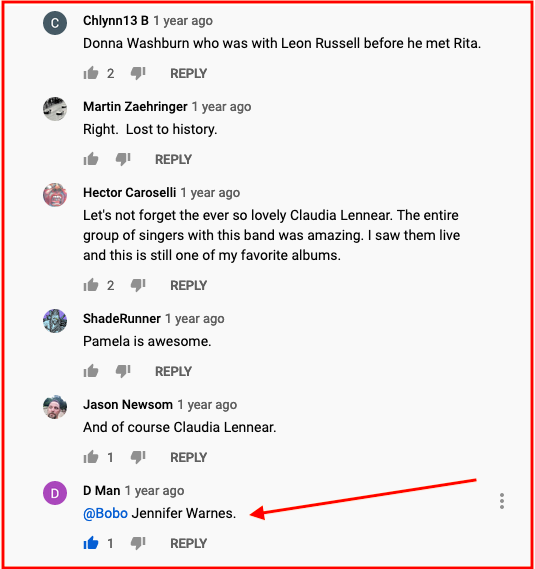 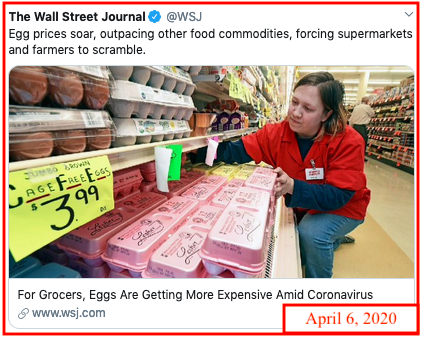 Silver: link here. Three days ago, I recommended silver and Lego for collectors. LOL. Prescient. At least on the silver. 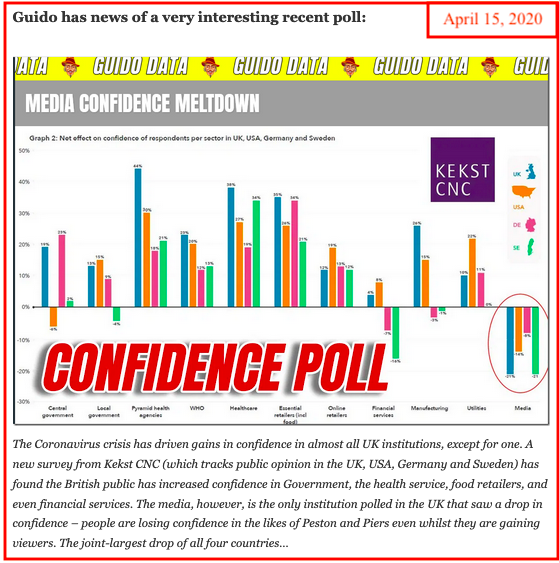 US crude oil supply: huge story. I haven't had time to get to it. Surprised no one else has reported it. Maybe later today if I have time.


I get the feeling folks don't understand viral diseases. We will all eventually get it -- unless it simply fades away after November 8, 2020 -- which of course means another two weeks of self-quarantine whenever that happens -- and for families -- it will likely come in waves -- suggesting that we will see record school absences next fall -- assuming the public schools even open this fall.

Speaking of which: whatever happened to the hydroxychloroquine story? If it's the silver bullet, one would think we would be hearing more about it. A quick google search suggests .... well, I'll let others sort this one out. Israel apparently puts study on hold; a French study says it doesn't work. 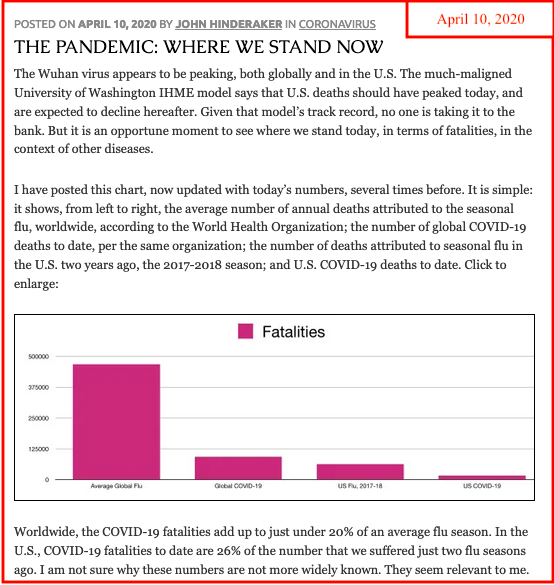 The headline says it all but probably best to find a more unbiased story (maybe later).

Note: these were re-hearings that were rejected -- which to me sounds like this is the second time this issue has been addressed and Sierra Club has lost both time, but I could be wrong on this. I don't follow it closely.
Posted by Bruce Oksol at 8:51 AM No comments: 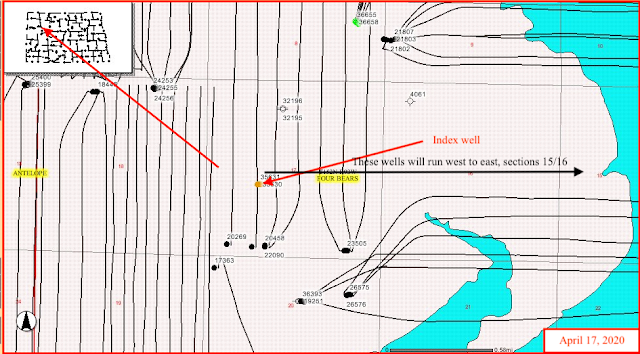 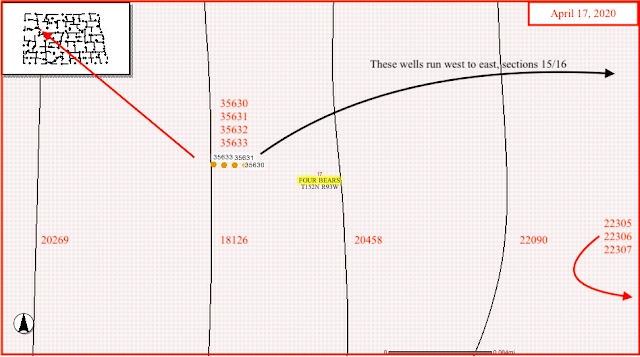 Other wells in the graphics:
Other MRO wells that are already producing in that area:

Results of two other wells were posted earlier.

The third and fourth wells that will be reported by EOG this week:


Despite the pandemic-driven economic slowdown wreaking havoc on the global LNG market, U.S. LNG export volumes from operating terminals have proven resilient, so far. Total feedgas deliveries to the liquefaction and export facilities peaked at 9.44 Bcf/d less than a month ago and are averaging about 8.3 Bcf/d in April to date. But for many of the already-struggling second wave of U.S. liquefaction projects still under development, the one-two punch of the crude oil price crash and COVID-related lockdowns has further stymied — or in some cases even reversed — their progress toward securing long-term capacity commitments and reaching final investment decisions anytime soon. Today, we provide an update on the status of the next round of prospective LNG export projects.

The global battle against COVID in recent weeks has caused big cuts in gas demand in key LNG-consuming regions, worsened an existing supply glut, sent international gas prices to record lows and tightened the price spreads for U.S. LNG offtakers delivering into those supply-saturated markets. Port closures due to COVID lockdowns in Europe and Asia have resulted in more cargoes floating offshore or entering the spot market in efforts to find alternative buyers. Despite all this, U.S. LNG exports have remained steady up to this point, save for what, at least on face value, appear to be brief maintenance or weather-related disruptions. That’s because of the long-term, take-or-pay sales and purchase agreements (SPAs) that anchor over 90% of operating U.S. liquefaction capacity. These commitments are critical not only for ensuring steady utilization rates once the facility comes online but for shoring up prospects for the two dozen or so LNG projects currently in development in North America. However, current market conditions have made securing these commercial agreements nearly impossible. Today, we turn our attention to these, the second wave of LNG projects vying to cross the finish line and the impacts of recent events on their progress.