Announcers suggest Truex ran the most dominating race ever. He led 392 laps of a 400-lap race. He led 588 miles of a 600-mile race. Wow! So thrilling. Amazing. Coca-Cola 600. Amazing to see all the iPhones come out to document the victory.

So:
What a great day!
Posted by Bruce Oksol at 8:59 PM No comments:

Harold Hamm Suggests CLR And South Korea Have A Deal For Bakken Crude Oil -- May 29, 2016

From ArgusMedia: Harold Hamm has announced a deal to sell Bakken crude oil to South Korea. Some data points:
Regular readers can probably figure out what Harold Hamm's plans are.

Alexander Rossi now has his own wiki page.

Took a chance and did not refuel ... he ran out of fuel just after he crossed the finish line -- needed to be towed to victory lane. 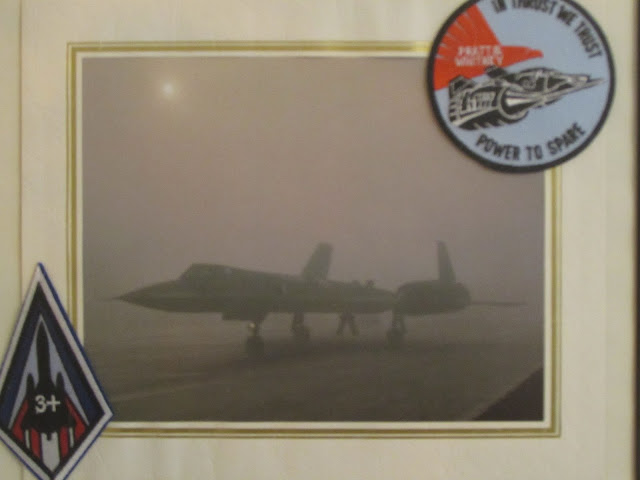 From page 160 and following, from chapter thirteen, "Syrian Enclaves," from The Syrian-Lebanese in North Dakota:


The Williams County Syrian community was not the first of its kind in North Dakota, nor was it the largest in total numbers, but it can be classed as the most enduring and self-conscious of all such groups. To this day, an ethnic celebration rarely takes place without Lebanese representation in Williston, the area's major city.

Wonder of Williston, the remarkably complete history of Williams County, tells the story of some, but not all, of the area's first Syrian settlers. According to their family accounts, in 1903 David Kalil, Alex Aboud, Joe Albert, and Abraham Abdo arrived to take up free land. One long-time Williston resident says that David Kalil was working out of Duluth as a peddler. Traveling through, he looked over the Williston area in the later part of the 1890s and subsequently returned to take up a homestead.

The date, 1903, coincides very well with naturalization records ... the list of citizenship applicants reveals a number of things that make the Williams County Syrians unique:

The list also included "William Eattol," a surname that would be changed slightly later on and would be a very, very familiar name in Williams County when I was growing up.
Posted by Bruce Oksol at 1:42 PM No comments:

Nothing about the Bakken in this post; purely a personal post for the granddaughters. If you came here for the Bakken, scroll down or check out the sidebar at the right. 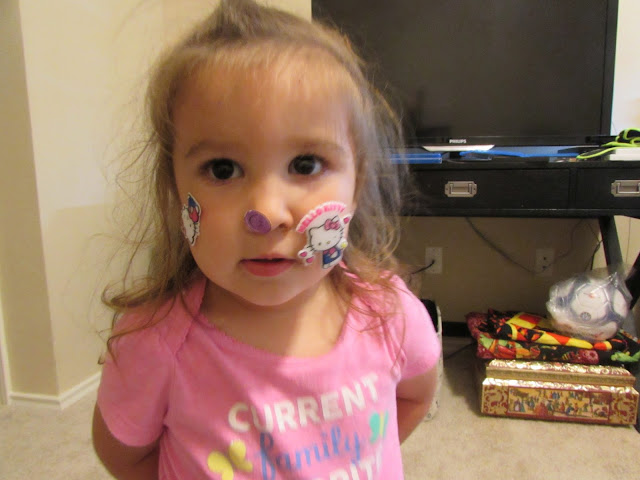 Yes, she did this all by herself.

May 30, 2016: Today, Memorial Day, I biked to HEB's Central Market in Southlake, an upscale "foodie" market. Ham imported from France: $14.98/lb. The 10-lb ham below would have cost about $150. I guess pork from France is really, really flavorful.


Original Post
I went to our grocery store early this morning to get a newspaper for May. I walked to the back of the store to see what the butcher was up to. He took me to his specials he had just placed in the display case. He was particularly proud of a 10-pound spiral ham for 99 cents/pound, telling me if I did not grab it then, it would be "gone" in half an hour. 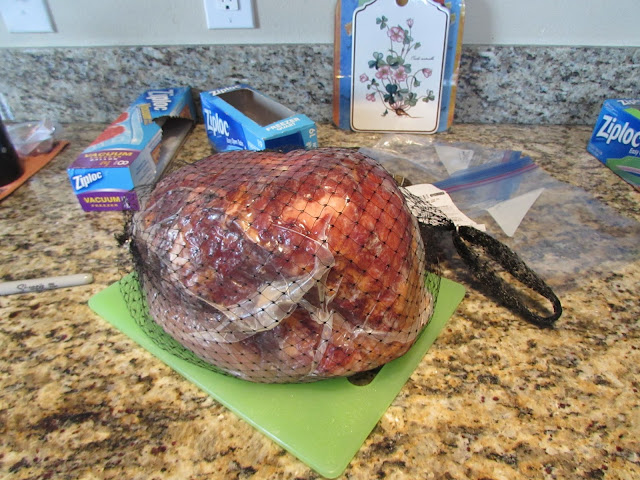 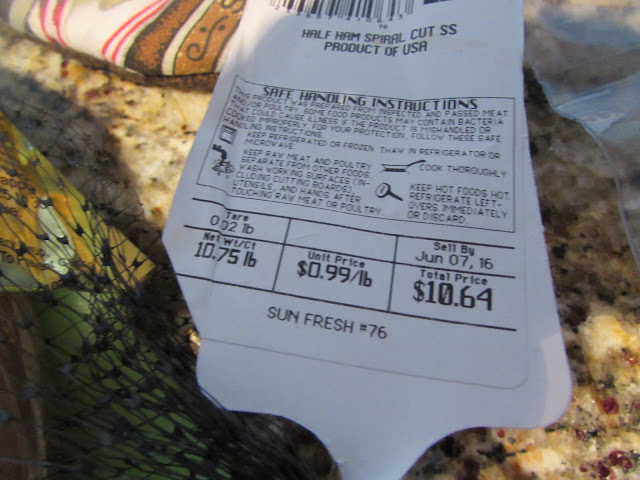 For the archives: a ham like this would normally be about $30 in this particular grocery store and upwards of $50+ at specialty shops. 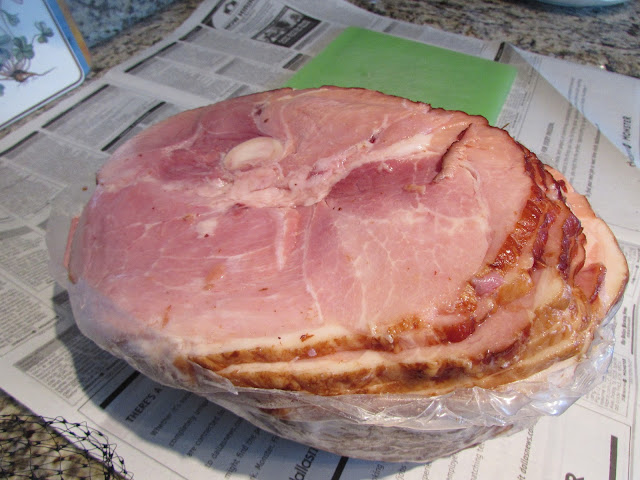 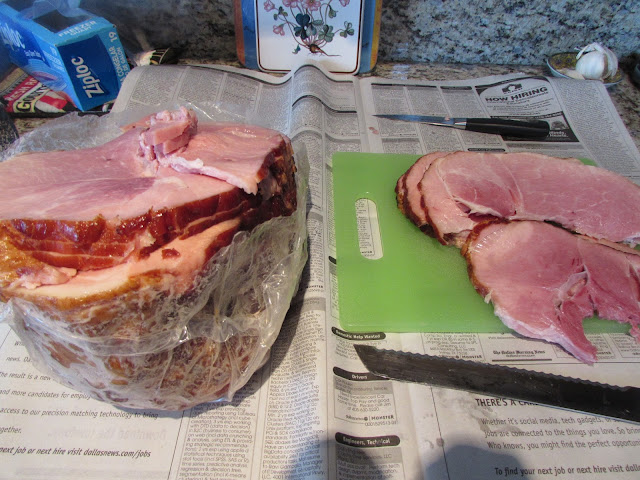 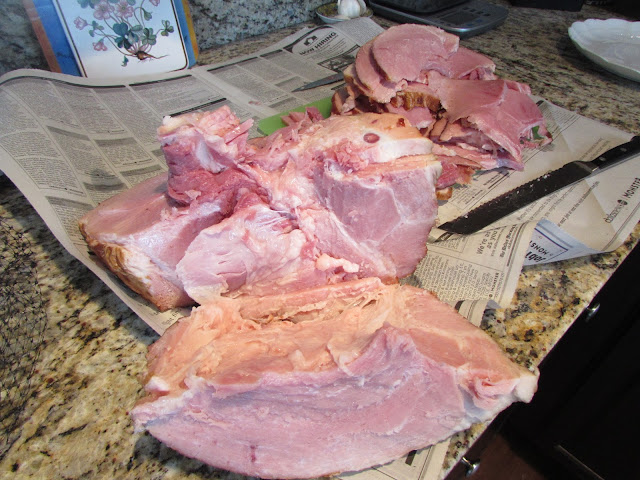 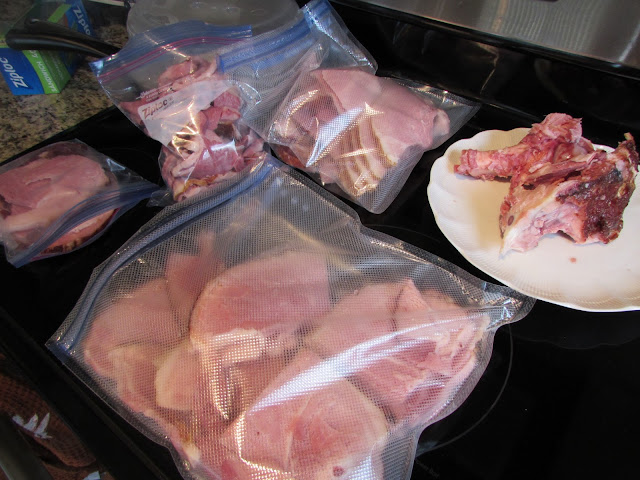 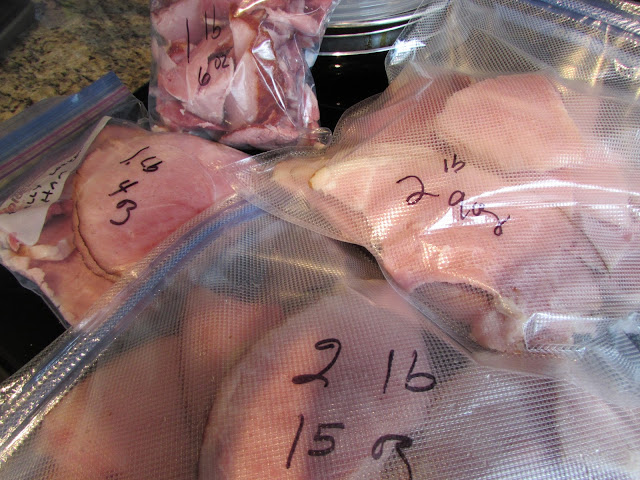 I then took the meat/bone that was left and made bean/ham soup. I had never done this before but always wanted to try it. 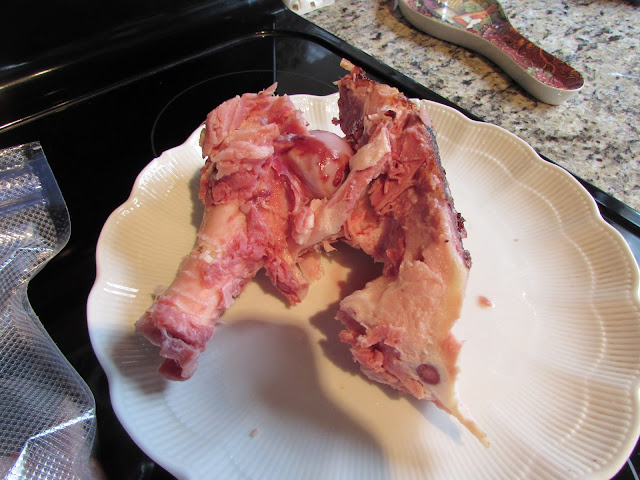 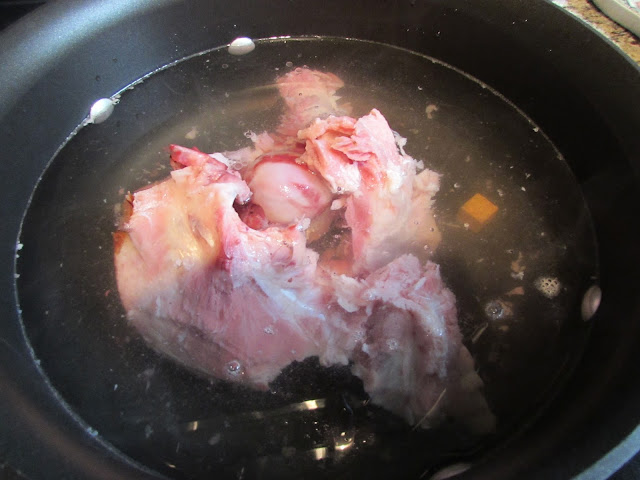 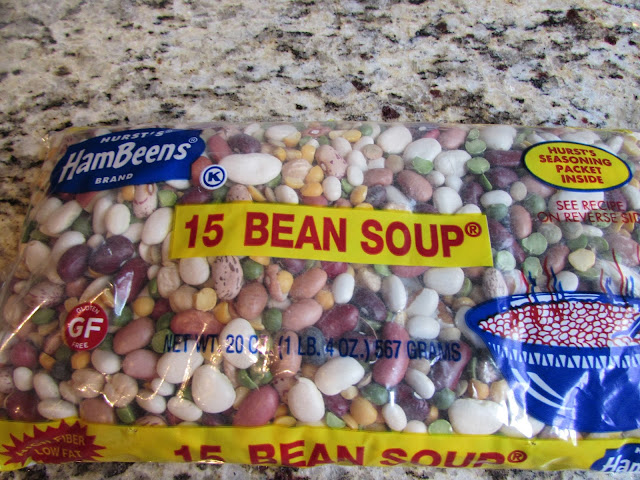 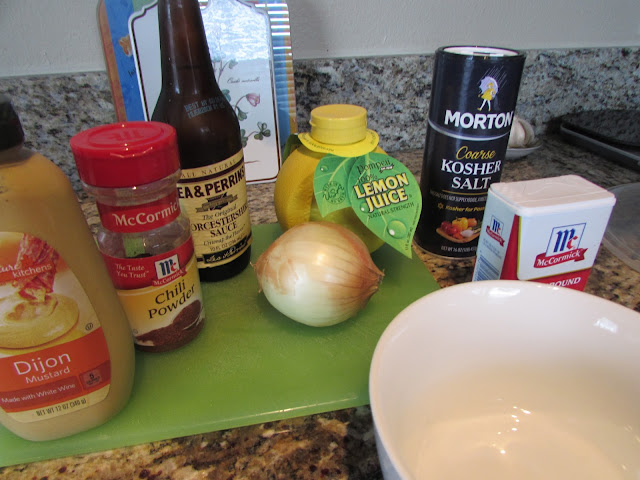 Basic recipe but other vegetables, herbs can be added:
And so, all the work is done, the soup is simmering for the next eight hours, and I'm watching the Indy 500, reading The Syrian-Lebanese In North Dakota (previously discussed), and, catching up on a bit of blogging.
Posted by Bruce Oksol at 11:17 AM No comments: