Why Biden Approved ConocoPhillips' Willow Field In Alaska: It's All About Securing The TAPS -- Fitzsimmons -- SeekingAlpha -- May 30, 2021

Every day I move a bit closer to catching up with our daughters and grandchildren when it comes to technology.

Our younger daughter has had the Amazon Fire TV Stick for quite some time and loves it.

A few months ago I ordered an Amazon Fire TV Stick. Amazon was upgrading their fire stick at the time and I was put on the "wait list."

I forgot all about it.

This past week while I was out of town the Fire Stick arrived.

I set it up this afternoon. Wow, was installation easy. I was very careful to follow instructions (there weren't many) and within minutes it was set up and running. The only reason it took "minutes" was because it downloaded a bit of software.

Amazon Prime Video is part of the Amazon Prime package. Starting this year I will be able to watch Thursday Night Football.

For all of that, I'm paying about a third of what I was paying Spectrum for 20th century television.

As I begin to learn more about this, it certainly suggests that Amazon.com with the Fire TV Stick is to television streaming as Apple was to iTunes in the early days. If that makes sense.

But, it's very clear that Amazon / Fire TV Stick is huge. I still maintain that Apple TV+ is not keeping up with Amazon. I'm way ahead of my headlights here, just rambling but it appears that Disney+, Netflix, Hulu, are simply "content" / streaming companies.

Amazon, with Prime Video, and the Fire TV Stick, is both a software (streaming/content) company as well as a hardware device.

I don't know if this makes sense to anyone; I'm learning as I go along. We now get PBS.

The "one thing" we could not "get" on Hulu / Amazon Fire TV Stick was PBS. That was my wife's only complaint.

It turns out that one can get PBS via one's local network on the Fire Stick.

It is amazing how three devices interacted to make this all possible:

Ten years from now will Amazon have an ecosystem that is better than Apple's? I'm beginning to wonder. 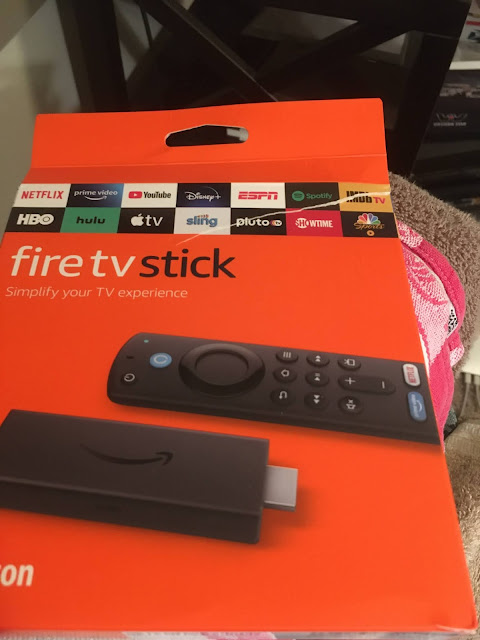 Email ThisBlogThis!Share to TwitterShare to FacebookShare to Pinterest
Labels: AlaskaPipeline

June 5, 2021: Pemex plans for Deer Park unlikely to work. And from ArgusMedia. 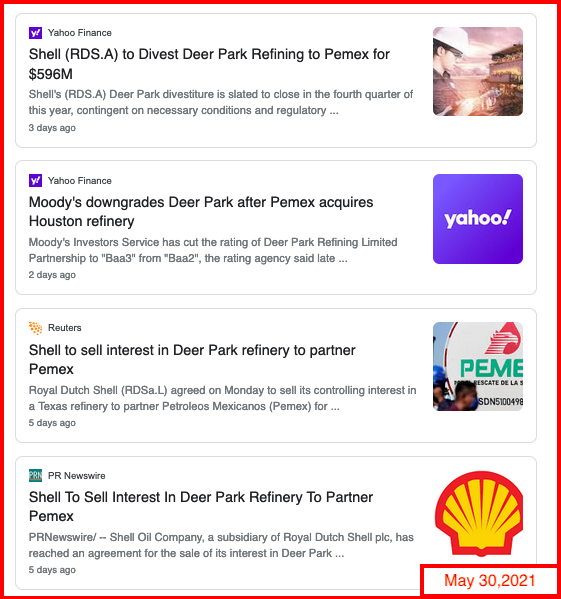 Now, back to racing and the USAF. From indycar:

Daly will continue to drive ECR's No. 20 Chevrolet for the 13 road and street course events, 10 of which will carry the colors of the U.S. Air Force. For the four oval events, Daly will hand the No. 20 back over to team owner Ed Carpenter. Additionally, Daly will race a U.S. Air Force Chevrolet for ECR in the Indianapolis 500.

The 10 races where the No. 20 U.S. Air Force Chevrolet will be on track are set to be announced at a later date, as will the primary partner for Daly's three other races.

"It feels incredible to have another year together with the U.S. Air Force and Ed Carpenter Racing," Daly said. "Continuity has always been helpful for me in my career; the fact that we are able to hit the ground running in 2021 already having experience together gives me a lot of confidence. Every day we learn more and develop a stronger relationship.

Daly and ECR continue to work alongside the U.S. Air Force to use the NTT INDYCAR SERIES to inspire young adults, communicate the service’s mission and build awareness about career opportunities.

Production before it went off line:

Never flared any natural gas. Still flowing without a pump. Drilled back in 2010 right during the height of the Bakken boom. Unitized spacing. Total depth: 9,802 feet. Directional. Located barely a mile outside of Dickinson city limits on the southwest side. As recently as last summer, 7,000 bbls per month.

Rewards: lotteries and prizes for doing the right thing -- getting the vaccine -- seems to be inappropriate.  From The Los Angeles Times this week:

... the number of vaccines administered each day in Los Angeles has dropped by almost 50% from its high in April.

In Long Beach, they’re trying to counter amorphous (sic) resistance by giving newly vaccinated people free tickets to the Aquarium of the Pacific and a chance to win a Nintendo Switch gaming console — a ploy intended to persuade unvaccinated young men to roll up their sleeves.

In Los Angeles, those getting vaccinated have a chance to win Lakers season tickets.

In Cleveland, dropping your resistance to the vaccine can make you a millionaire. The state of Ohio is using federal coronavirus relief funds to pay for five weekly lotteries that will each net one newly vaccinated winner a million-dollar prize.

And California announced on Thursday [May 27, 2021] a grab bag of incentives, including grocery gift cards to those who complete their inoculations, and the chance for 10 vaccinated residents to win $1.5 million apiece.

Andy Serwer: his morning brief over at Yahoo!Finance is one of the better business / finance columns out there. I don't link it or read it every day, but more often than not, the column has impressed me. Most recently: the bull market in news is over. Now what?

Estate planning: this may be the best thing I read this past week.

In case you can't get past the paywall, this is the loophole, and it's a big one:

The owner of each 529 account, usually parents or grandparents, must designate a single beneficiary. But they can easily move money between beneficiaries as long as they are in the same family.

“It is absolutely a loophole,” says Leo Marte, a Huntersville, N.C., financial advisor. “You can move money across generations without taxes as long as you don’t hit gift tax exclusions.”

Creating a lasting education fund for your family. Former fighter pilot Brian O’Neill of Niceville, FL, retired from the Air Force last year as a colonel.

He and his wife managed to save more than $500,000 in 529 accounts funded by military pilot bonuses, regular annual contributions, and gifts from relatives.

He has a daughter going to college in 2022, but she probably won’t touch the 529 plan money.

Her college may be paid by GI Bill benefits, which O’Neill has the right to pass on to his child, or she may tap a Florida scholarship if she goes to a state school. He has a second daughter, but he thinks she’ll end up spending only a small portion of the money.

And it's fairly hard for most Americans to the gift tax exclusions:

“There’s no limit on the number of 529s you can have,” says Stephanie Trexler, a Grand Rapids, Mich., financial advisor. “If you have 10 grandchildren, you can open a 529 account for each grandchild.”