Reminder: coronavirus statistics here. This will be incredibly interesting to follow. Coronavirus cases in the US by state, tracked here.

Snowflakes: all four prosecutors (Mueller prosecutors, by the way) withdraw from Roger Stone case. The case is over; they've signed their recommendation; their boss overrides them; and they resign.Their job was over; they resign after their job ends?

I've been waiting for this "number" all day. I thought we would see it this week, perhaps even today, and we did. We saw it today.

This is huge. It's simply a snapshot in time, but it's a nice snapshot. 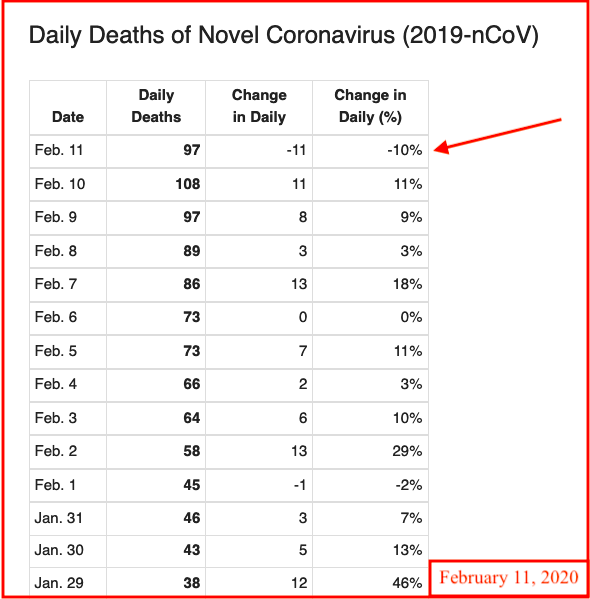 Add this data point with other data points, and one might be able to find some optimism. The most important data point? President Xi sends Chinese workers back to work.

Not so many years ago I was in my Anaïs Nin phase. I had copies of her diaries (or probably abridged diaries; the highly edited ones) and the copies of her less (?) edited diaries, that were published later. I read a number of her works, and I read at least two biographies. I assume the definitive diary of Nin, up until 1995, was Deirdre Bair's. I don't know if new biographies have come out since Bair's diary.

I am in the process of purging my extensive library, donating books to one of the local high schools. I have lost all interest in Anaïs Nin. I had planned to donate this book, but then I had second thoughts. So I will go through it once more and decide whether to keep it or not.


Spanish naming customs are used not only in Spain, but also in the many Spanish-speaking regions of Latin America.

Most people have one or two given names, followed by two surnames.

Women usually keep their names when they marry. For example, if José Lopez Garcia marries María Reyes Cruz, both will keep their surnames unchanged. If they have a child named Tomás, his full name will be Tomás Lopez Reyes.

Sometimes the two surnames are separated by the word y meaning "and."

Traditionally, Spanish given names are taken from the names of saints. There are also many names which honour the Virgin Mary, such as Dolores, Rosario, Mercedes, Pilar, Consolata and Luz.

North Dakota Active Rigs Back Up To 56; Three New Permits, Including A New Bakken Operator -- February 11, 2020


The Minnkota Power Coop permit is a geologic test well for the Project Tundra Carbon capture project that is progressing. Its part of the front end engineering design portion of the project that is currently under way in order to decide whether or not the project is ultimately built or not.

Note: the February 11, 2020, daily activity report is being reported as the "February 22, 2020" report, which falls on a Saturday a couple of weeks from now. Obviously this will be corrected. The report also shows three corrections regarding earlier daily activity reports. 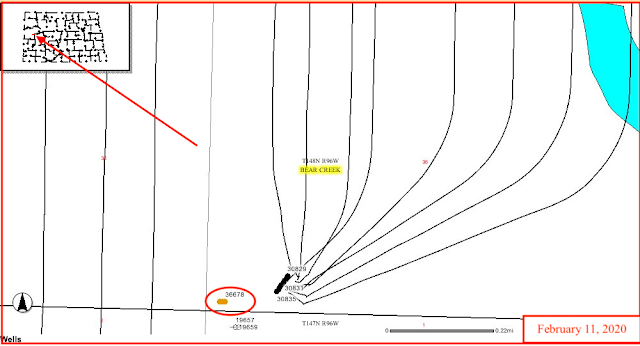 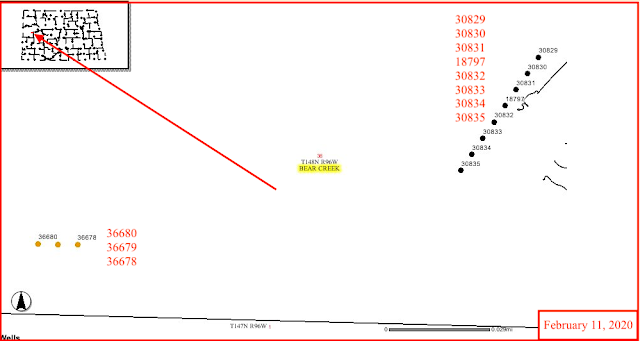 From the file report:
I think I will quit here for now.
Posted by Bruce Oksol at 11:20 AM No comments:

Market:
Disclaimer: this is not an investment site.  Do not make any investment, financial, career, travel, job, or relationship decisions based on what you read here or think you may have read here.

Politics: New Hampshire primary will be a hoot. Republicans "writing in" the Dem of their choice.

Later, what does this cruise ship have in common with Mitt Romney? 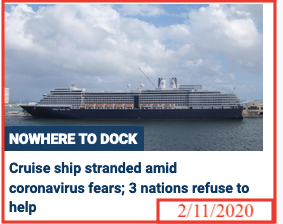 From Rediscovering Homer: Inside the Origin of the Epic, Andrew Dalby, c. 2006

From page 153, the denouement:
This is quite interesting. Harold Bloom came to the same conclusion regarding the authorship of much of the Old Testament.
Posted by Bruce Oksol at 8:59 AM No comments:

Can you spot the error in the screenshot below? 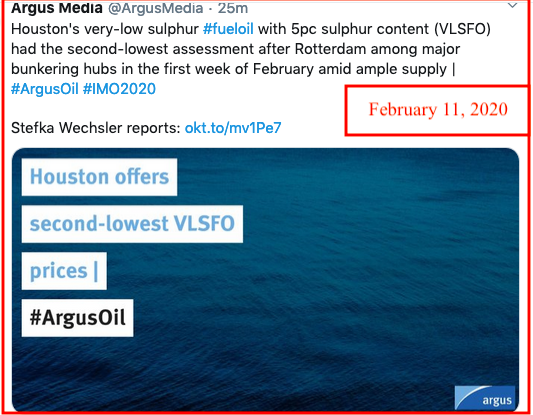 And, no, it's not the spelling. Both "sulfur" and "sulphur" are acceptable.


With so many spelling/typo errors in today's reporting, it is difficult to identify ignorance from editing shortfalls.

For the record,
US LTO feedstock seems to be gaining dominance in IMO 2020 required blends. By April or so, a clearer picture should emerge as the global bunkering supply chain gravitates towards a universally recognized compatible fuel blend.

Note: I had to look at the screenshot a dozen times. Argus never makes errors.

Posting an increase for both periods, however, was Canada. According to Baker Hughes, the average Canadian rig count rose 51 percent from December 2019 to January 2020 – from 135 to 204, respectively. The 204-rig count reflects a 16-percent increase from the 176 Canadian rigs Baker Hughes counted in January 2019.


The Shale Revolution created enormous opportunities for U.S. midstream companies. But opportunities are only that. It’s what individual midstreamers did with those opportunities through the 2010s — the decisions each made on where to invest and what to invest in — that will help determine how well they will do over the next decade and beyond. And the best way to assess the wisdom of these investments is to examine them one by one, and consider their locations, their exposure to risk and their potential for growth. Today, we discuss highlights from the newly released company-by-company portion of East Daley Capital’s “Dirty Little Secrets” report.