At oilprice.com, to get directly to Williston Basin oil prices, click on "200+ Oil Prices" and then see graphic below: 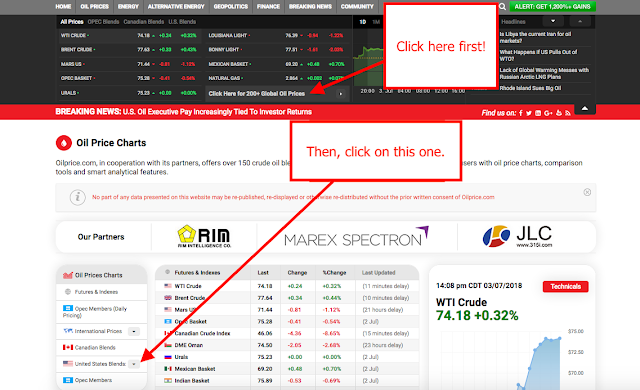 EVs.
More than enough global oil to offset Iran sanctions: so says "senior" US State Dept spokesman; not everyone agrees. WTI surges, opens right at $75 -- huge psychological milestone; makes for a nice headline;
Disclaimer: this is not an investment site.

From the book's introduction, p. 2:


In 1900, the most profound change of all was that in the relationship between men and women, and many indications point towards a deep anxiety on the part of men whose position seemed no longer secure. For the first time in European history women were being educated en masse, earning their own money, demanding the vote and, crucially, suggesting that in an industrial age physical strength and martial virtues were becoming useless. Men reacted with an aggressive restatement of the old values; never before had so many uniforms been seen on the street or so many duels fought,never before had there been so many classified advertisements for treatments allegedly curing 'male maladies' and 'weak nerves'; and never before had to many men complained of exhaustion and nervousness, and found themselves admitted to sanatoriums and even mental hospitals.

Something tells this is going to be a much more interesting book than I originally thought when I pulled it off the book shelf to read.


In a large part, the uncertain future facing us early in the twenty-first century arose from the inventions, thoughts and transformations of those unusually rich fifteen years between 1900 and 1914, a period of extraordinary creativity in the arts and sciences, of enormous change in society and in the very image people had of themselves. Everything that was to become important during the twentieth century -- from quantum physics to women's emancipation, from abstract art to space travel, from communism and fascism to the consumer society, from industrialized slaughter to the power of the media -- had already made deep impressions in the years before 1914, so that the rest of the century was little more than an exercise, wonderful and hideous by turn, in living out and exploring these new possibilities.

Suicide: North Dakota had the largest suicide rate increased from 1999 to 2016 of any state in the nation. It's a complicated story. See the note down below the RBN Energy entry.

EpiPens: the 2016 post about EpiPens, for some reason, trends #1 at the blog. I mentioned that last week. It is still trending #1 -- see sidebar at the right. Now an update: a competitor set to release an "equivalent, alternative" to the EpiPen.


RBN Energy: the Conway vs Mont Belvieu propane/NGL differential blowout. Another metric I've never followed. What's this all about?


For 10 years prior to 2018, the differential between propane prices at the Conway, KS, hub averaged less than a nickel per gallon below Mont Belvieu. In fact, between 2013 and 2017, the price spread was only 3.5 c/gal — excluding a winter 2014 Polar Vortex aberration — which basically reflects the cost of moving barrels 700 miles north-to-south. Not this year, though. After starting 2018 at 3 c/gal, the propane price spread took off, and has averaged 18 c/gal since April, some days moving above 26 c/gal, far above the per-bbl cost of transporting propane 700 miles south to Mont Belvieu. Is it pipeline capacity constraints? In part. But there is a much more significant factor driving this differential wider, not only in the propane market, but across all five of the NGL purity products. What is this mysterious factor? To find out, read on. But here’s your first clue: the problem is not in Kansas anymore.

The propane market is a frequent topic here in the RBN blogosphere. For the most part, our blogs have tended to focus on the NGL super-hub in Mont Belvieu, TX, with only occasional references to Conway, the second most actively traded U.S. NGL market with reliable, transparent market price indices covered by industry trade publications. For that reason, the next couple of paragraphs provide a bit of background on the Conway hub and NGL product flows south to Mont Belvieu.

The suicide story. First, from The Williston Herald. Didn't quite explain why farmers and ranchers are not considered "Triple F."


It turns out the Center for Disease Control's (CDC) widely cited 2016 study showing farmers with the nation's highest suicide rate was wrong.

The agency on Friday retracted the data, which showed that people working "in farming, fishing and forestry" had suicide rates of 84.5 per 100,000 people, four times the national average.

What happened: CDC spokeswoman Courtney Lenard wrote in an email to New Food Economy that the agency incorrectly included farmers and ranchers with agricultural workers in the farming, fishing and forestry (also known as Triple-F) category.

Lenard explained that farmers and ranchers should instead have been classified as managers.

Triple F workers now have the third highest suicide rate behind "construction and extraction" workers and people working in "installation, maintenance and repair."