Who Wudda Guessed? I Thought Everyone Was Driving EVs -- September 28, 2017

US petroleum demand highest for any August since 2007 -- that would be, like ten years ago.

From Oil&Gas Journal, data points:
Much more at the link.
Posted by Bruce Oksol at 8:30 PM No comments:

This speaks volumes about Dakota Access LLC and the small-mindedness of some politicians. First the note that was posted earlier:


DAPL-gate: comes to an end. At The Bismarck Tribune, data points:


The Governor's office announced they will accept a $15 million donation from Dakota Access LLC.

The money will go to the North Dakota Department of Emergency Services (DES) to help deal with debt brought on as a result of the Dakota Access Pipeline protests.

The donation was wired this afternoon to the state-owned Bank of North Dakota and it will be used to pay off loans taken out by DES.

According to a press release sent by the Governor's officer, a bill passed by the state legislature in 2017 included language saying the Governor and DES could "accept reimbursement in the form of land, cash, or other assets from from nonstate sources for state cost incurred relating to unlawful activity associated with the construction” of the Dakota Access Pipeline.

Another bill passed in 2017, HB 1024, required that any reimbursements received must be used to repay the Bank of North Dakota loans.

Currently the state has borrowed $43 million from the Bank of North Dakota. $40 million for DES and $3 million for Morton County.

During a budget interim committee meeting at the State Capitol Thursday, they voted to accept a $10 million grant from the U.S. Department of Justice to reimburse the state for law enforcement support costs.

More at the link.
Posted by Bruce Oksol at 8:11 PM No comments:

The personal attacks on President Trump continue but he's the first president who is finally getting around to doing things that should have been done a long time ago. And he's getting results.

Past presidents were co-conspirators in North Korea's move to ICBM-nuclear weapons. President Trump still has a number of arrows in his quiver before he even has to consider the military option, and already we see significant results.

The BBC is reporting:

China has told North Korean companies operating in its territory to close down as it implements United Nations sanctions against the reclusive state.

The companies will be shut by early January. Joint Chinese and North Korean ventures will also be forced to close.

The move is part of an international response to North Korea's sixth and most powerful nuclear test.

We might see little rocket man launch a flurry of ICBMs tomorrow and he may test an H-bomb over the Pacific Ocean this weekend, but the tea leaves certainly suggest little rocket man finds himself in a box. Reagan, Bush I, Clinton, Bush II, Obama -- never did a thing to stop North Korea. Amazing what a little tough talk can do.

In that short BBC article linked above, the writer did not have enough space to put the word "Trump" into the story, simply calling it an "international response."

Obviously the BBC is very conflicted over all of this. It doesn't fit the narrative.

If North Korea launches a nuclear-tipped ICBM targeting Guam, would one rather have Dirty Harry in charge, or Barney Fife?

The tea leaves suggest that the NFL is going to stand during the National Anthem. The controversy will continue but there's no question the NFL knows their fans really are patriots.

Later: I assume the game is over. I don't recall who is playing; I don't even care who won. I'm most interested in who stood / who didn't. That's what the NFL is doing to its fans: more interested in the pre-game show and no longer caring about the game itself.

And this is why I always thought sanctuary cities made so much sense, like shooting fish in a barrel, as they say.

According to ICE, "Operation Safe City" focused on cities and regions where "ICE deportation officers are denied access to jails and prisons to interview suspected immigration violators or jurisdictions where ICE detainers are not honored."

A total of 498 people from 42 counties and multiple cities were arrested as part of the operation, an ICE press release stated. The operation came to a conclusion on Wednesday.

Of these individuals, 101 were from Los Angles; 28 were from Baltimore; 30 were from Cook County, Illinois; 63 were from Denver; 45 were from New York; 107 were from Philadelphia; 33 were from Portland, Oregon; 27 were from Santa Clara County, California; 14 were from Washington, D.C.; and 50 were from Massachusetts.

Look how much money the federal government saves not having to plan sweeps across the country. They can simply target sanctuary cities. Reminds me of the answer Willie Sutton gave when he was asked why he robbed banks -- "because that's where the money is."
Posted by Bruce Oksol at 3:14 PM No comments:

Disclaimer: this is not an investment site. Do not make any investment, financial, job, travel, or relationship decisions based on anything you read here or think you may have read here. But having said that ...

I've said this repeatedly, so instead of writing de novo, I will simply cut and paste from an earlier post:


Longest running reality show/soap opera continues. These summer re-runs are getting a bit boring. No real need to post / link the most recent update. I will simply copy/paste what I wrote September 19, 2017.

By the way, from CNBC:

Voted out of office, and not even close.

The often violent and often unlawful #NoDAPL protests against the Dakota Access Pipeline made David Archambault, chairman of the Standing Rock Sioux Tribe, something of a national and even international celebrity. He appeared on national television shows. He’s been on something of a lecture tour of college campuses and other venues. He even visited a United Nations event in Geneva.

But last night his fellow tribal members voted him out of office, and it wasn’t even close.

His opponent/the new chairman: “We kind of neglected our own” by taking the lead on the pipeline protest, he said. “We did what we had to do, but we didn’t realize we were going to hurt our economy that much.”

"Hurt our economy so much"? ---- Only way to interpret that is casino gambling revenues are way down.

So, was Archambault voted out of office because he lost the battle with DAPL or because his protest was wrong for the tribe in the first place? For me, it does not matter. Good riddance!
Posted by Bruce Oksol at 2:36 PM No comments:

Again, another cool well:
Note: this well is in central, far east Dunn County, not a particularly good area; a little too far east.

Again, this is so cool. 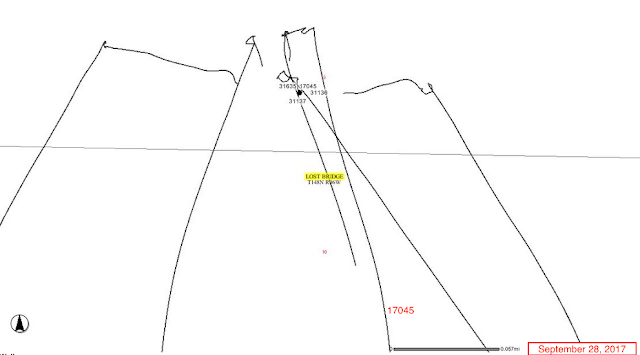 Inflation: the whole argument that the employment / unemployment rate is linked to the inflation rate turns out to be a wrong model. What was missing; why was the model wrong? Technology. Period. Dot.

Inflation: argument on CNBC this morning -- what drives inflation? I thought the science was settled.

OPEC: does the Saudi Aramco IPO affect the future of OPEC? Some thing so. 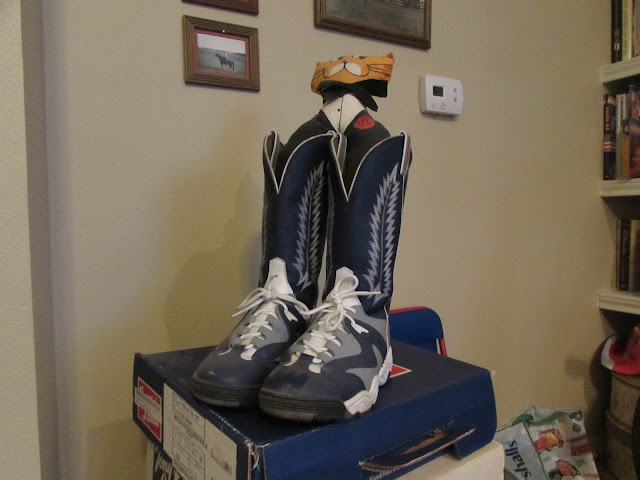 How Renewables Are Displacing Natural Gas from the West Coast -- RBN Energy -- September 28, 2017

September 29, 2017: yesterday, below, I posted a snarky comment about the credibility of GOP congressional leaders. Today in The Hill: distrust of US Senate grows, which led with a picture of Susan Collins and John McCain. No more needs to be said, except, the president's tax plan has no chance of passing. The good news: it's not "tax reform" and it's not needed. The bad news: if GOP can't pass this bill, the GOP is pretty much done for the rest of this term.


RBN Energy: how renewables are displacing natural gas from the West Coast -- part 2 of a continuing series.

Tesla: has burned through $10 billion in cash over its public lifetime and the ramp up in production has just begun.

Jobs: link here --
Tax reform: my 2-cents worth. Why the Trump bill will not pass --

Posted by Bruce Oksol at 5:39 AM No comments: