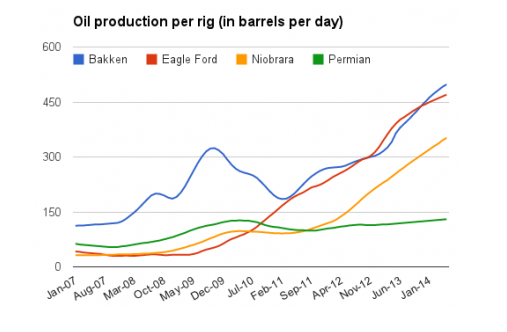 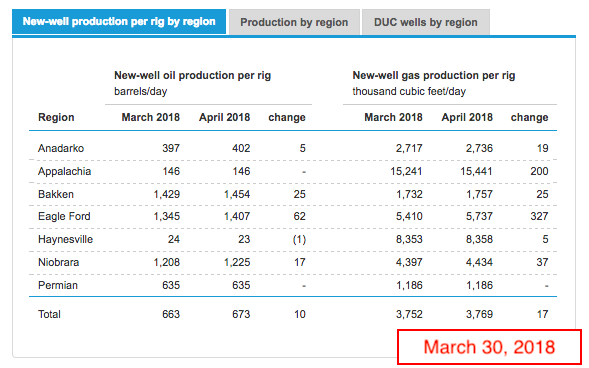 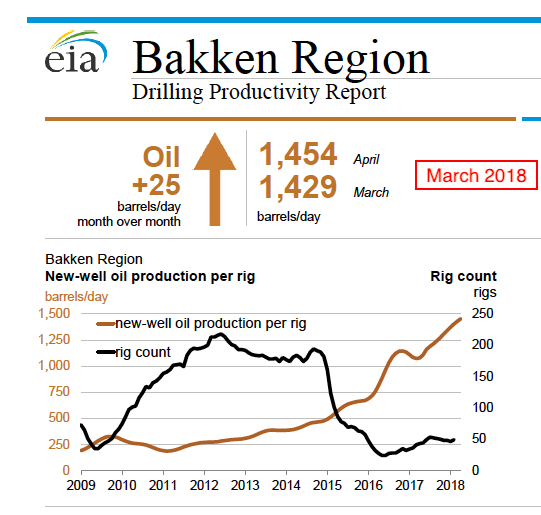 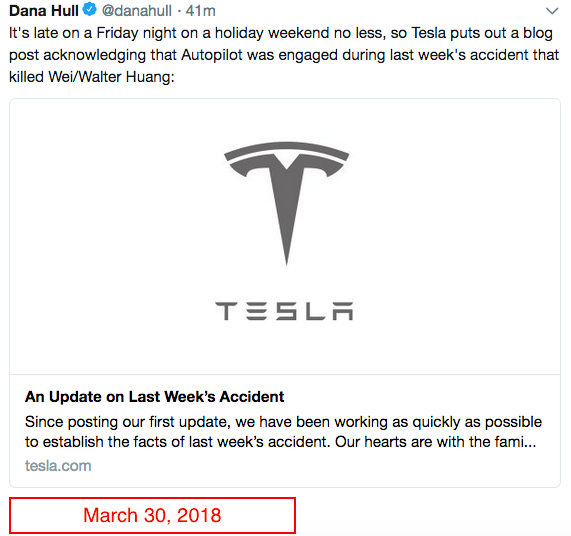 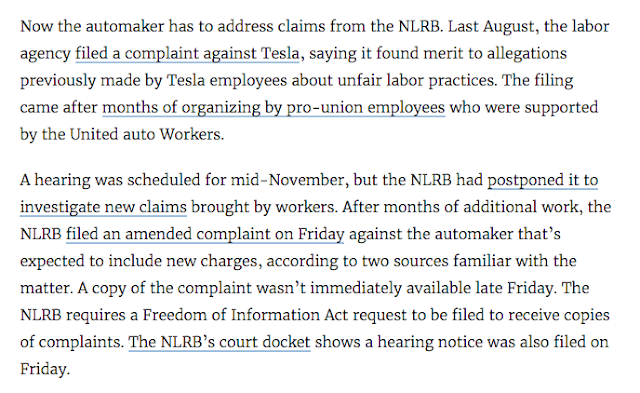 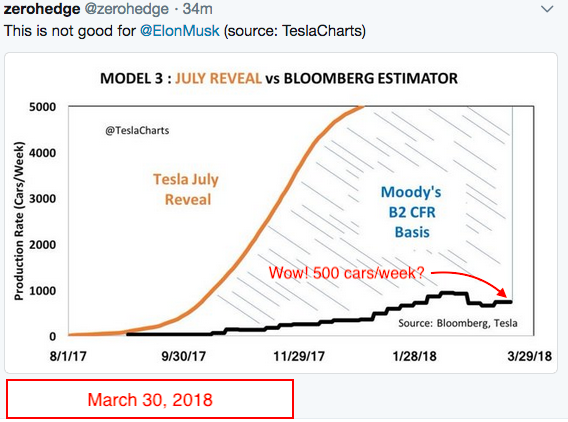 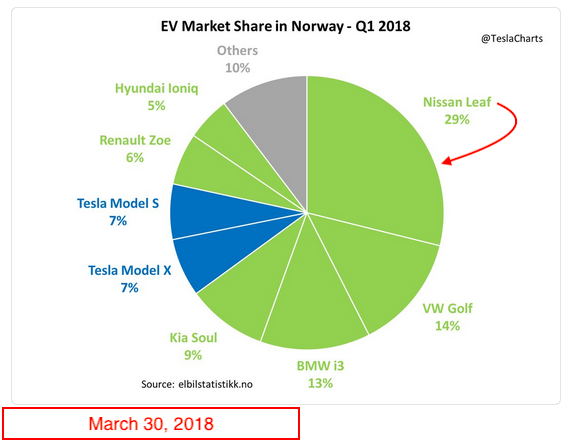 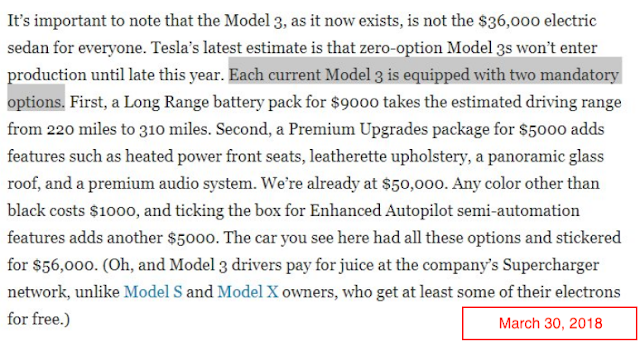 Wasn't Model 3 the Tesla for the rest of us?
Posted by Bruce Oksol at 7:27 PM No comments: 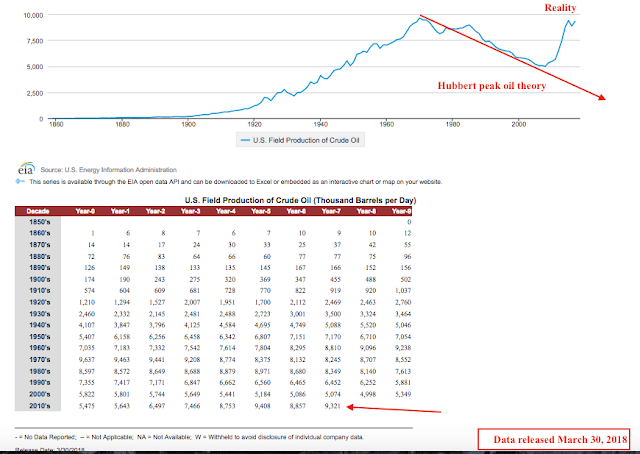 I find it incredible such "authoritative" sources as Wikipedia have not updated their "Hubbert Peak Theory" post. Hubbert Peak Theory describes a bell-shaped curve, not "twin peaks."
Posted by Bruce Oksol at 5:52 PM No comments: 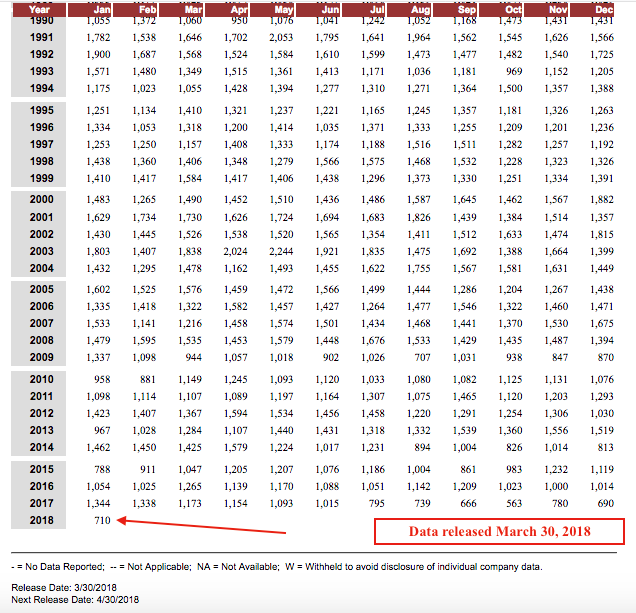 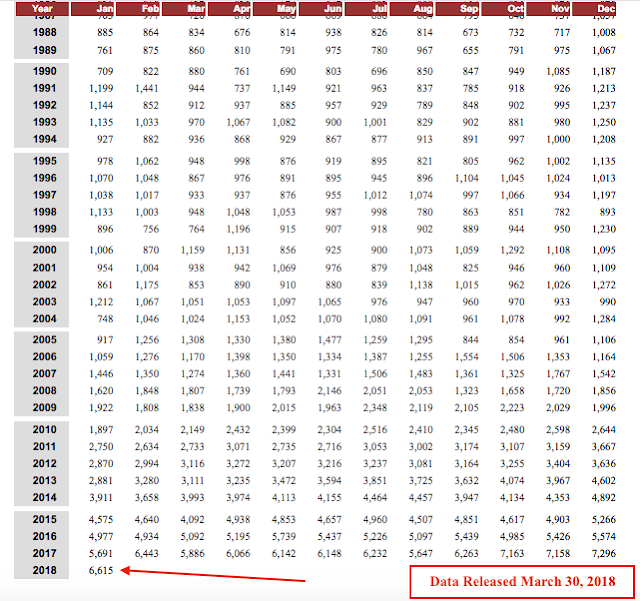 The neighboring wells and the test dates of those wells:
Remember, the index well is a short lateral. Had this been a long lateral, one can argue that total production would have been double what we see here.
Posted by Bruce Oksol at 3:14 PM No comments: 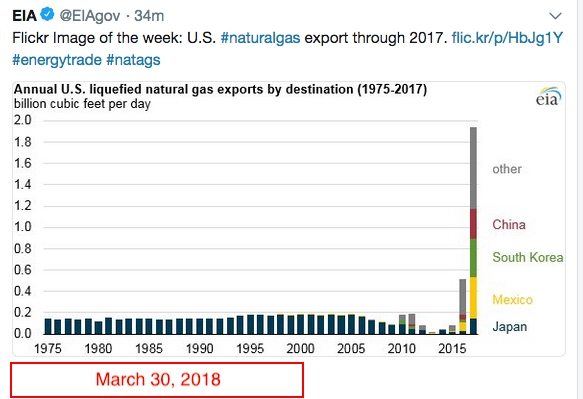 It would be interesting to have a similar graph with two natural gas exporters superimposed / compared: the US and Qater. Or the US and Russia. Or the US and anyone else.
Posted by Bruce Oksol at 2:42 PM No comments:

Note jump in production in June, 2015. Also note that during this time, this well was taken off-lien for about 40 days:

During that period, two neighboring wells were fracked near the tri-lateral (#16781). 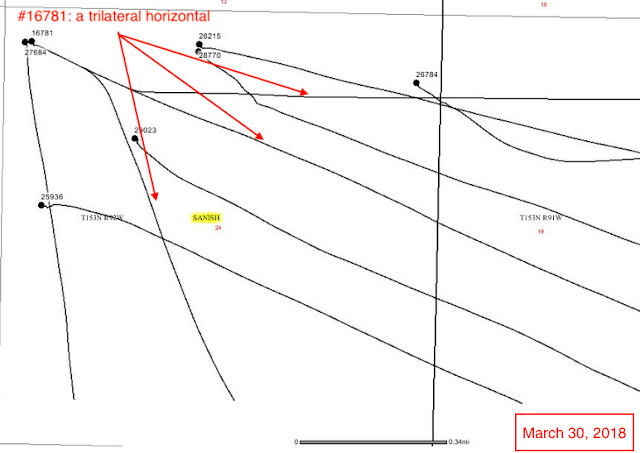 So, going through all these thousands of wells, here's what can happen in the Bakken, something we don't see in conventional plays.

In October, 2013, for all practical purposes this well was taken off-line; occasionally there was some production.

Here's an example of the production in CY 2014:

Here's an example of the production from this well in CY 2016:

Maybe someone smarter than I can see the incredible difference in production between 2015 and 2016. I can't.

So, pretty much a dead well after 2015? Apparently not.

Look at the production starting in June, 2017:

This well, #16463, was a tri-lateral horizontal. See graphic below. None of the neighboring wells were taken off-line while this well was being re-worked. 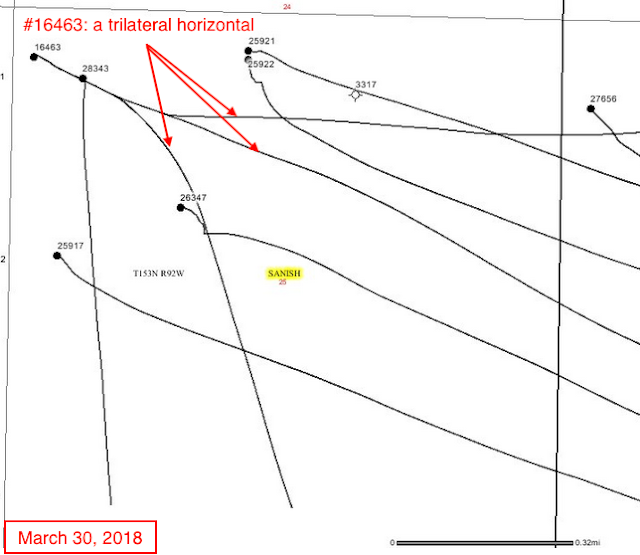 Some Enerplus wells in Spotted Horn are coming back on line and neighboring wells are now showing production runs, but still on confidential list. This post will not be updated. The wells in question are posted at this site. That site is not updated; I am still waiting to see the IP and production data of the wells on SI/NC status -- they should be reporting soon.
Posted by Bruce Oksol at 10:16 AM No comments:


The Canadian economy contracted slightly in January, falling short of expectations as tougher mortgage-lending rules contributed to the biggest decline in real-estate agents and brokers’ output in more than nine years.

The Alliance Pipeline enters North Dakota in Renville County and travels southeast through the state to Richland County.

If the expansion receives regulatory approval, it would require an additional three compressor stations in North Dakota located near Maxbass, Munster and Lisbon, said Alan Roth, a spokesman for Alliance. The expansion is proposed to be in service by the end of 2021.


RBN Energy: what happened to crude oil flows and prices at Guernsey Hub?


With crude prices in the $60s, oil-producing basins other than the Permian are finally seeing signs of life, and that includes the Rockies. But volumes flowing through the most important Rockies crude oil hub — at Guernsey, WY — are down.

Moreover, the price of oil at Guernsey is up, trading at least flat and sometimes at a premium to the downstream market at Cushing, OK, suggesting that committed shippers are having to bid up the price at Guernsey to secure barrels for their downstream pipeline commitments.

What about production from the nearby Powder River Basin? Well, Powder River oil production is up, and the rig count there is double what it was this time last year, so you might think there would be more than enough barrels at Guernsey. But not so. Who’s to blame?

We need to look no further than the Bakken and the Dakota Access Pipeline (DAPL) to discover our culprits. Today, we check in on the market at Guernsey and consider the impact of DAPL, the implications for Rockies crude oil outflows, and what it all means for Guernsey price differentials.