There are no wells coming off the confidential list Thursday because there was no June 31st, six months ago. Nor will there be a June 31st in 2016.

Third day in a row that no producing wells were reported as completed.

Three (3) new permits --
Enduro renewed a permit for a well in Renville County.

I was thinking about this earlier today, even before this story was published. All things being equal (and they aren't with the huge number of undocumented criminals and terrorists entering the country) one would expect crime to increase when mayors tell criminals, looters, demonstrators, etc., that "we will give you room to destroy." In addition, the police are now much more careful when responding to calls, giving the "bad guys" a bit more incentive to be "bad guys." On top of that, the headlines: felons released ahead of schedule due to overcrowding, other reasons.

Anyway the Los Angeles Times is reporting that crime in all categories has surged:


For the first time in more than a decade, all categories of crime rose across Los Angeles in 2015 as police struggled to get control of the problem, according to LAPD data.

Violent crime in L.A. climbed 19.9% and property crime increased 10.3% through Dec. 26 compared with the same period last year, according to the police data.

It marked the second year in a row that violent crime rose, but the first time since 2003 that both violent and property crime rose.

Fortunately they caught Bill Cosby.
Posted by Bruce Oksol at 4:11 PM No comments:

As a reminder, the bulk of the Legacy Fund comes from oil and gas tax revenue: thirty percent of total revenue derived from taxes on oil and gas production or extraction must be transferred by the State Treasurer to a special fund in the state treasury known as the Legacy Fund.

State budgets as reported by wiki. 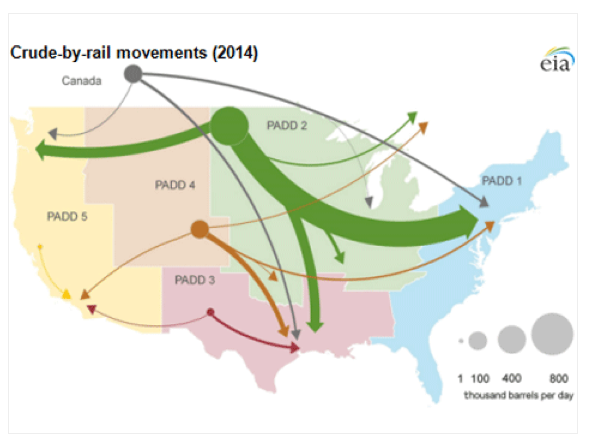 I know that's something I need in retirement: a timepiece accurate to within 50 milliseconds of  the global time standard. Actually, what I really need is something to remind me what day it is. Fortunately my computer desktop has the day-time stamp in the upper right-hand corner.
Posted by Bruce Oksol at 2:38 PM No comments:

I-98
is
a syndicated television series spanning one decade, 2040 - 2049
Chronicles from The Bakken
Starring Samuel "Oilman" Goshwin & Liam Nikolai Gjorkstad
with occasional appearances by Archie McCool
initial funding from Apple Prairie Broadcasting
and
matching grant money from The Legacy Fund,
and
continuing support from viewers like you.


In the last episode, Liam and Sam were boarding a "shortened" Amtrak train at Rugby, thanks to an unscheduled stop okayed by Warren Buffett III, whose WBR&C railroad owned the track.

The only unanswered question was whether Thelma and Louise were on the Amtrak cars arriving in Rugby or had they been left behind in the derailed cars north of Fargo. Their whereabouts were never shown during the previous episode. It was during the ending credits that we learned that Thelma and Louise had indeed been stranded in Fargo. The show's writers were told to write the two young women out of the show because of a contract dispute. The back story was that the character who played Thelma was the great-granddaughter of Kaley Cuoco. She felt that she deserved the same pay as her great-grandmother, not realizing that I-98 never made any money, even after it went into syndication (it ranked below The Apprentice), and no one ever expected the series to make any money. Apple never streamed it.

Also, it was getting too difficult for folks in North Dakota to follow all the characters; it was time for some of the characters to move on.

Liam: "Nah, I grabbed it off the picnic table just as you started to run for the train ..."

Sam looked at his wrist. The Apple Watch, version AW5417, had synced with his iPhone with IOS71. He checked the CO2 PPM app: CO2 had remained steady at 385 for quite some time now. He recalled how CO2 PPM had peaked at 430 in 2020 and then after that entered into a steady decline.

Although there were many theories on the decline in atmospheric CO2, the most likely cause was the nation's switch to Bakken light crude oil, which was found to burn very cleanly, and the end of flaring in North Dakota about the same time.

Unfortunately, the relatively sudden drop in CO2 had decimated the flora, which in turn, was playing havoc with honey bees. Honey was now approaching $100 / 10 ounces. More expensive than gasoline, which again was hitting record lows.

Sam and Liam were mesmerized by the fields of wildflowers along the track. The fields had been planted back late in the Obama-era in an attempt to bring back the bees. Liam even recalled the button he had worn years ago.

"Sort of reminds me of "#BeesLivesMatter." [Not to be outdone, Presidential wannabee Jeb Bush had had his own button: "Bees!"]

The fields became more noticeable the closer they came to Minot. A lot of the old ICBM sites were now "Save the Bee" sites.

The exact location was classified but was inadvertently released during the Hillary Clinton campaign back in 2020 (yes, she ran once again, even as she neared 75 years of age). Hillary testified later she thought she was sending her telephone number to a friend, not knowing that 48°00′04″N 100°27′15″W was a geographic coordinate, not a telephone number. At the time she famously said, "what does it matter, anyway?"

But now many decommissioned ICBM sites had become havens for bees. Honey was now the #3 industry in North Dakota, as measured in revenue, behind oil and drones. Sweet dreams were made of these.

The train was slowing, pulling into Minot. It would not stop, but it would slow down, although for Amtrak, "slowing down" is an oxymoron, or worse, redundant.

This was a non-stop from Mall of America to Northstar Center in Williston which meant no scheduled stops between Minneapolis and Williston, but the train did slow for urban centers. Minot was considered an urban center, though its population now paled in comparison to that of Watford City. West Watford City extended to East Alexander.

As the train rounded the curve, Sam and Liam saw the new billboards going up asking for donations to help Minnesotans pay their intermittent energy utility bills. The state was now completely reliant on intermittent energy, and utility bills had surged, as expected. Even the heirs to the great Dayton estate were surprised to see how many wind farms it took to generate enough electricity to keep the lights on, not to mention, to recharge the Teslas. To conserve electricity, the state had asked Minnesotans to stop making Swedish meatballs during peak electricity demand.

Sam noted the irony, "It's kind of funny how things worked out. Ever since CO2 dropped, it got colder in Minnesota just as they were meeting their state-mandated wind farm initiatives. And now no one can afford it."

"Yes, I've heard they are thinking of widening the I-98."

Sam corrected him, "Well, not quite. They are only going to widen the west-bound I-98. Although I think it would be cheaper just to make all four lanes west-bound. The east-bound lanes haven't been used in years."

Overhead Sam noticed the fleet of drones. The train started to pick up speed, having cleared Minot. Sam and Liam were only about a day out from Williston, once Amtrak hit cruising speed, about 15 mph, "walking speed."

[The I-98 theme song crescendos as the camera pulls away with an overhead shot. In the distant, the Bakken is coming into view. Rolling credits.]
Posted by Bruce Oksol at 11:53 AM No comments:

Email ThisBlogThis!Share to TwitterShare to FacebookShare to Pinterest
Labels: I-98