This well was on AB status not too long ago -- "abandoned." The first step; then follows PA -- permanently abandoned.
In a letter dated November 20, 2018, the NDIC informed XTO that the company (XTO) had 24 wells that were in non-compliance: AB that exceeded the time frame allowed -- either plug them and abandon them permanently or bring them back into production.

Well, what do you know? This well was brought back into production; it had not been on-line since 2016:

Is is possible to connect these two dots -- these two stories?
Then, of course, there was the shale oil operators debt story the other day.
Posted by Bruce Oksol at 9:02 PM No comments:

A reader writes that Ballantyne has indeed bought some Crescent Point Energy assets in Bottineau County.

This is from a reader based on division orders; I'm still looking to see if this can be confirmed elsewhere.

So far, unable to find anything.

Crescent Point Energy is still seen occasionally on the monthly dockets. Not so often, Ballantyne.
Posted by Bruce Oksol at 7:59 PM No comments:

President Trump is on his way to meet with Rocket Man.

When will that moniker pass to Jeff Bezos?

On another note, the EIA notes that in the US, at least, among those that use the most lighting (man-made sources, I presume) live in those states that have the least amount of daylight year-round. I can't make this stuff up. 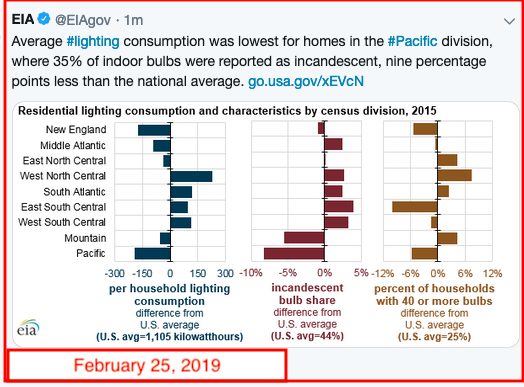 Text by her older sister. 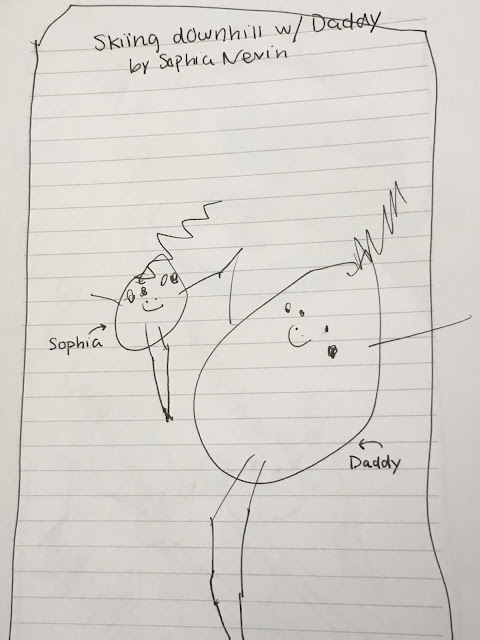 From Deplorable Climate Science which has incredible wildlife pictures. I think you all saw that Flagstaff, AZ, set all-time records for snowfall this year. 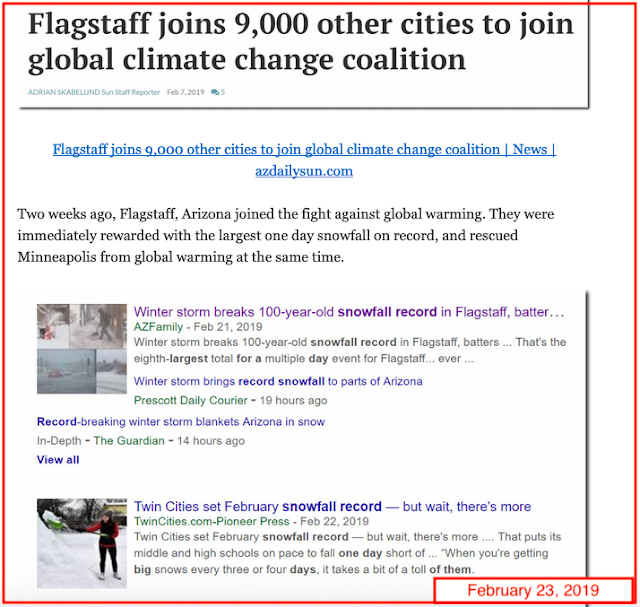 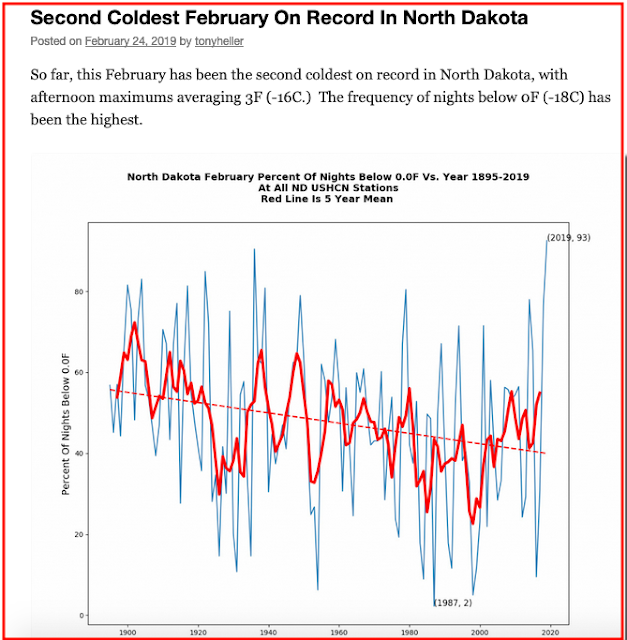 Where were we? Oh, yes, ONEOK.

Link here.
Shares pretty much flat for the day.

February 25, 2019: a reader asked what I thought might happen next with QEP assets in the Williston Basin now that the VEAC deal fell through. I have no dog in this fight; I am not invested in any company mentioned in this post. But these are my thoughts:

We now know the starting point:
Since last year, one can argue that the value of these mineral acres has decreased based on price of WTI; glut of light oil; etc. On the other hand, the USGS survey, if and when it ever comes out, will probably suggest that the EUR of the Grail oil field will be greater than originally estimated. But insiders (oil companies) would already know that -- well ahead of the USGS. So, perhaps, a new buyer could swing a slightly better deal (for the buyer).

But for $1.5 billion it would take a Whiting, a CLR, or one of the other larger companies already in the Bakken (about six of them) to pull it off. CLR has made a big deal about reducing their debt, suggesting they don't want to start over again, with a trend toward more debt.

I'm sure readers would be curious what others might think. For me, it's all idle chatter, but it is interesting to think about it.


From Vantage Energy site DENVER, Feb. 20, 2019 (GLOBE NEWSWIRE) -- Vantage Energy Acquisition Corp. (“VEAC”) (NASDAQ: VEAC, VEACU, VEACW), an energy-focused special purpose acquisition company, today announced that, given the deterioration in commodity prices and that it was unlikely that the conditions to closing would be satisfied, VEAC and QEP Energy Company, a wholly owned subsidiary of QEP Resources, Inc. (collectively, “QEP”), have entered into an agreement to terminate the pending acquisition by VEAC of QEP’s Williston Basin assets under the Purchase and Sale Agreement dated November 6, 2018, effective immediately.

The original announcement for an agreement was made last November, 2018.

Apparently the announcement to terminate the agreement was made last week, February 20, 2019.

I had missed the formal announcement / press release, so whoever sent me the information, thank you.

Shale is a "retirement party, not a revolution." -- Art Berman. So, today, it is being reported that Marathon Oil is exiting the UK North Sea to focus on high-return US shale oil operations. Data points:
WTI: drop in WTI today is said have occurred because President Trump tweeted that oil is too expensive.

Random Look At A BR Gudmunson Well With A Jump In Production -- February 25, 2019

This well was fracked fairly recently, late 2016, but seemed to decline very quickly -- perhaps due to only a 22-stage frack .... until it had a jump in production in 10/18, albeit relatively short-lived.

This well was taken off-line for a couple of months recently, and recent production extrapolates to 6,331 bbls/month vs 1,500 bbls/month when it came off line.

The well:
Neighboring wells, one to the east, one to the west, note the test dates:
Recent production:

Note: additional Pasadena wells will be added to the original post. 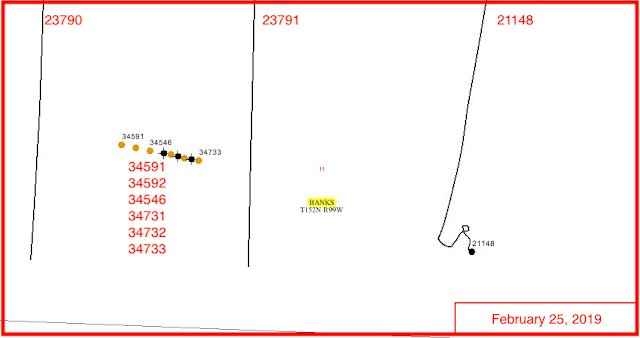 Charlie Pride: for those interested, a few days ago I asked the relationship between Charlie Pride and Montana. I got two responses. See this post. Thank you to those who responded. I knew part of the story but not the details.

Pasadena wells are starting to be reported; the wells are tracked here.


Enbridge’s 2.8-MMb/d Mainline system from Alberta to the U.S. Midwest has been running close to full, as have the other crude oil pipelines out of Western Canada. The Mainline is a unicorn among these pipes, however, in that none of its capacity — zilch — is under long-term contract. Instead, under Enbridge’s almost nine-year-old Competitive Tolling Settlement (CTS), shippers each month submit nominations stating the volumes of crude they would like to transport the following month on various elements of the Mainline system, then hope they get what they need when the available capacity is divvied up. In an effort to give producers and refiners the pipeline-capacity certainty they say they want — and to optimize the efficiency of the Mainline’s operation — Enbridge has been working with shippers on a CTS-replacement plan that would commit as much as 90% of the capacity on the pipeline system to shippers who enter into long-term contracts. Today, we continue this blog series with a look at how the prospective “priority access” capacity-allocation system is shaping up, how it might affect planned pipeline projects, and how it may facilitate the transport of a lot more crude from Alberta to the U.S. Gulf Coast.