See this post for producing wells that were reported as completed today. Here's the graphic: 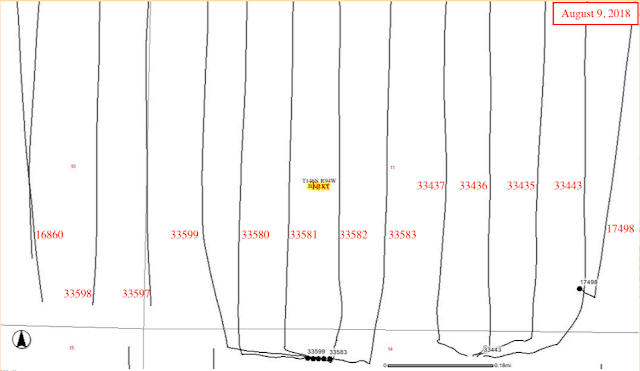 ETP plans to expand DAPL by 100,000 bopd. How do I almost miss these stories? From the linked site:


Energy Transfer is planning an expansion of its two key oil pipelines in the Bakken and Permian as crude output continues to grow substantially in both basins and producers seek more access to markets.

The 100,000 b/d expansion of Dakota Access Pipeline, commonly known as DAPL, is on the cards, Chief Operating Officer Marshall McCrea said on an earnings webcast, without indicating a timeline.

"We recently maintained [a throughput] over 500,000 b/d on DAPL and producers are still seeking options to move those barrels to multiple markets," McCrea said.

DAPL provides an outlet for producers in the land-locked Bakken and Three Forks areas of the Williston Basin to ship their barrels south under two options.

The first is to deliver crude to a storage hub in Pakota, Illinois, from where they will be able to access refineries in the US Midwest and also take the barrels on rail cars to the US East Coast.

The other option is taking the barrels farther south to Nederland, Texas, through the Energy Transfer Crude Oil Pipeline, where it can be run by local refineries or exported from the US Gulf Coast.

The 700-mile ETCO pipeline of capacity some 550,000 b/d is operated by Energy Transfer and runs from Patoka to Nederland, where it also owns a 26 million-barrel oil storage terminal.

The pipeline in the Permian: Permian Express-4. At the linked article:


Energy Transfer also plans to expand its Permian Express pipeline system, which ships barrels from that basin to Nederland, CFO Thomas Long said on the same earnings webcast. In the second quarter, the company successfully completed an open season to add up to 50,000 b/d on the Permian Express-3 line, with that new capacity to be made available to shippers by later this year, Long said. Energy Transfer is also planning an 80,000-100,000 b/d expansion to be dubbed Permian Express-4, Long said without indicating a time line.

November 23, 2018: production data has been updated; the graphic has not changed since the original post. 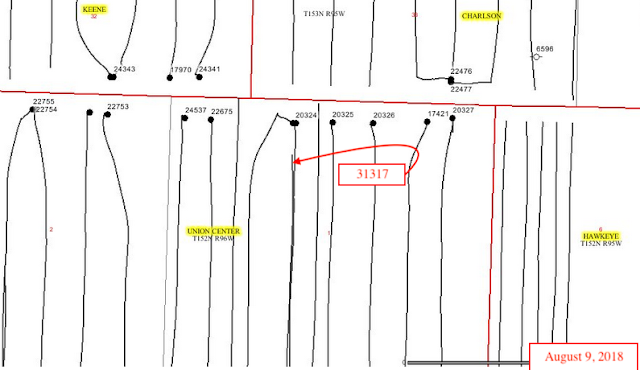 The note before the note: This is an incredibly important note on several levels regarding BR's Midnight Run wells. It might be a bit confusing, but it speaks volumes about the potential of the Bakken. Things to think about:
The Midnight Run wells are tracked here.

This is quite cool. I highlighted this well some time ago:  Update On A Poorly Performing BR Midnight Run Well That Is Now Doing Well; No Explanation -- December 7, 2016. At that time, this was posted:


Update on a well that had a huge IP, but subsequent production was poor, and is now doing well:
There is nothing in the file report to explain the production profile; there were no neighboring wells fraced at the time production improved.

At the link above, check out the graphic.

Then look at the updated graphic:

Note the new heel-to-toe well; the new well since the last time the graphic was updated:
Now, back to #20323, a Middle Bakken well --

Look at the new production data, 20323, a Middle Bakken well:

But even more incredibly, look at this earlier well. FracFocus -- no data that it was re-fracked, #20324, a Three Forks well:

It gets better, another middle Bakken well; even farther away:
#20325:


#24537: even farther to the west and even that one might have been affected: 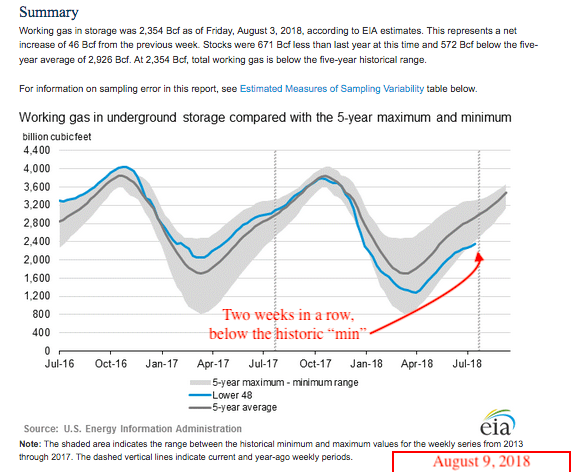 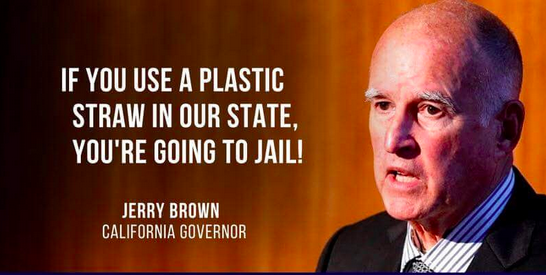 It doesn't matter whether the data is correct or not; the question is how an entire industry and, the millennials, fell for his data. I guess the same way they fell for the global warming data -- if you say it enough times, it becomes fact. Public school education. 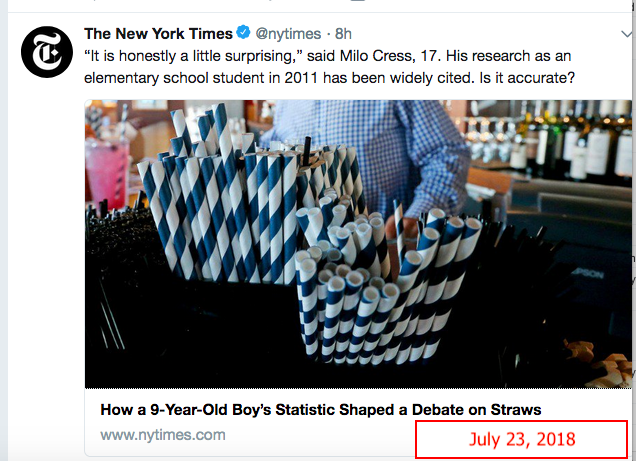 Regardless of where the trade war stands on T+75, I plan to move on after that date. We'll have to see what the president tweets on Day 75 of the trade war. Right now I'm leaning toward "T+1 on Iran sanctions." 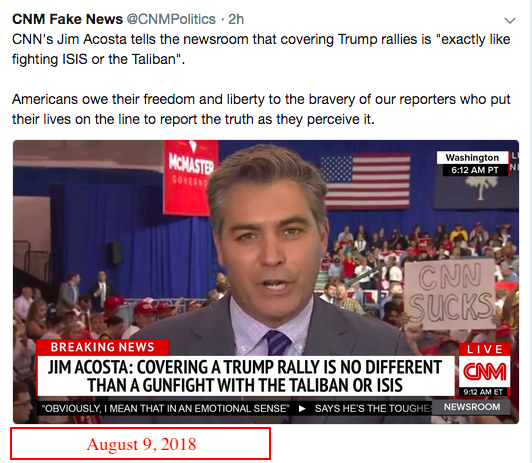 Now, back to the market.

WTI: for investors, we are still well above the sweet spot. The sweet spot for me, is around $55-WTI. That's low enough to prevent any adverse effect on the overall economy, and the oil companies will do just fine. At $66-WTI, the oil companies should be doing very, very well, and the economy should do just fine. Saudi Arabia will pretty much implode if they can't get oil above current price point.

WTI: the consensus on the street suggests that oil will trend higher, although I have a bit of trouble thinking it will trend much higher than its recent highs.

I don't have the book in front of me so I can't quote from it.

She Has her Mother's Laugh: The Powers, Perversions, and Potential of Heredity, Carl Zimmer, c. 2018. Paging through it suggests it's the kind of book I generally don't like -- a great thesis, but veering off in all directions, but it's thick at 574 pages and will keep me occupied for the week.

I suppose I'm about a third of the way through the book, reading a couple of chapters each evening. I can't say I really, really enjoy the book, but it's written in such a way that makes it difficult to put it down. The writing seems a bit "wordy" and the author interjects a lot of banality with long passages about his immediate family that seem unnecessary, but there may be a "revelation" regarding his own daughters by the end of the book.

The most recent example: somehow, the author got onto the subject of "feeblemindedness" which led to the Kallikak family and then to Vineland Training School. And, then after having brought up Pearl S Buck earlier, which confused me, the author comes back full circle to tell the story of Pearl Buck's only biological/natural daughter. Pearl Buck did have an adopted daughter.

One would think with my background in pediatrics, I would know "all there is to know" about PKU (phenylketonuria) but I completely missed this story.

It turns out the physician who "discovered" the cause of phenylketonuria was a Norwegian. I wish I had known that in high school. My absolutely wonderful eastern European chemistry teacher said he would have given me an "A" for the course if I could find any Norwegian that produced anything of value. LOL. It was all in great fun. I think. I hope.

I'm not sure I can recommend the book to the general audience, but for someone who likes connecting dots in the world of genetics, this book is very rewarding.

On another note, right, wrong, or indifferent, it was interesting to read the author's short summary of Rosalind, Watson, and Crick and their discovery of the nature of DNA.

Sophia can relate to this. Sophia loves playing "tag, you're it!" 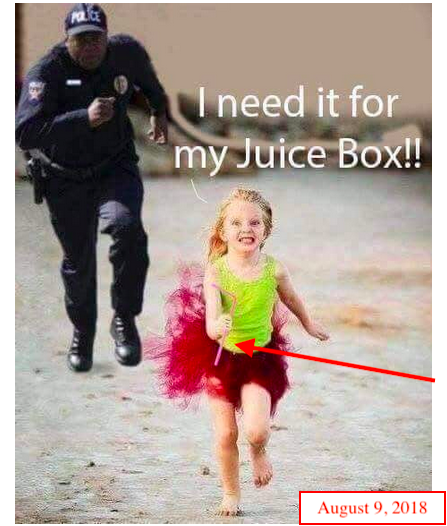