The former head of the US central bank, Alan Greenspan, has predicted that Greece will have to leave the eurozone.

He told the BBC he could not see who would be willing to put up more loans to bolster Greece's struggling economy. Greece wants to re-negotiate its bailout, but Mr Greenspan said "I don't think it will be resolved without Greece leaving the eurozone."

I had a completely different view on the Greek/EU story back in 2012 when I wrote:


If Greece implodes [which it will if it leaves the EU], it will not simply be a change in regime. Greece will become a failed nation-state overnight. It will be Balkanized, not because that's what the Greeks want (unlike the Balkans) but because it will become "every man for himself." We may see the rise of Sparta and Athens once again.


I Close My Eyes, Shivaree

When I hear that song it reminds me of Devil Doll but not sure which song, perhaps:


Bourbon In Your Eyes, Devil Doll

The cover story in this week's issue of Time magazine: "What Starbucks Knows About America." For the full on-line article, one needs a subscription. Several story lines, of course, but the biggest story line is the fact it is on the cover story for Time. The CEO gets sales data from across the United States (and overseas?) four times/day. Howard Schultz seems bigger than life.


When the CB boom subsided, RadioShack faced pressure to find something to replace it. The company's answer -- and perhaps the high point in its history --was the TRS-80, one of the first mass-market personal computers.

Introduced in 1977, the TRS-80 looked like a swollen version of today's desktops, with about 16K of memory; a 12-inch square monitor with one shade of gray characters and no graphics, unless you counted artfully piled-up Xs; and a cassette player where you could save information while you waited for someone to invent the hard drive. The TRS-80 used software designed by a little-known startup named Microsoft. An early advertisement boasted that it could be used to manage personal finances, plan recipes, ro play backgammon.

I remember vividly where my TRS-80 sat: in the back bedroom of our tract house on 107 Spruce Drive, Grand Forks Air Force Base, North Dakota. And, yes, I used it to keep track of my investments. I think I had shares, maybe, in a half-dozen companies, most of which I probably still hold today. I used a cassette player to save the data. Looking back, I'm not so surprised I used it; I'm more surprised that it actually worked. Talk about jerry-rigging automation. I actually still have printouts from that set-up. I can't imagine what printer "worked" with the TRS-80 -- too long ago.

No new books to really talk about. Our older granddaughter loves science and in particular, the periodic table. So, of course she has the Elements and the companion book, Molecules by Theodore Gray. Yesterday, I bought her a small monograph by Jack Challoner, c. 2014, published in London, The Elements. As usual, the Brits never disappoint. This will make a great companion piece to Theodore Gray's Elements.

For whatever reason -- it's hard to explain -- I'm back in my Beatles phase with regard to music. It started some months ago when I saw Rolling Stone's list of the top 100 albums of all time. I've talked about this before. I apologize. The Beatles have four of the top ten albums on the Rolling Stone's list, all of which I listened to over and over on our cross-country trip to Los Angeles and back. Bob Dylan had two albums in the top ten.

I didn't need it (that's for sure) but I couldn't resist a soft-cover Rolling Stonee Special Edition, The Beatles: The Ultimate Album-by-Album Guide. Sort of the Reader's Digest of the Beatle albums. Struggling over the decision to buy or not buy, I finally made the decision after reading a very short essay by Stevie Nicks (Fleetwood Mac) about the Help album. It's hard to believe: Help did not break into the top 100 albums ranked by RS.

The longer I am away from Boston, the more I miss it. (Perhaps not the snow and all the shoveling, but I really miss "everything" about Boston.) One of the things I most regret is not buying a "growler" at the Cape Ann Brewing Company in Gloucester along the North Shore. I was reminded of "growlers" recently when paging through a 2014 Imagine Publishing soft-cover titled All About History Book Of the Titanic. Our older granddaughter is fascinated with the Titanic and has even visited a museum of the Titanic -- somewhere on the east coast, in Massachusetts, I believe. Paging through the monograph, there was a reference to "growlers" -- smaller pieces of ice that have broken off an iceberg. Although wiki says otherwise, I like to think that "growlers" -- the jugs that beer come in -- derived their name from the icy growlers on the North Sea.

I also learned the difference between Race Point (Provincetown, Cape Cod) and Cape Race (Newfoundland) but maybe a story for a different time. 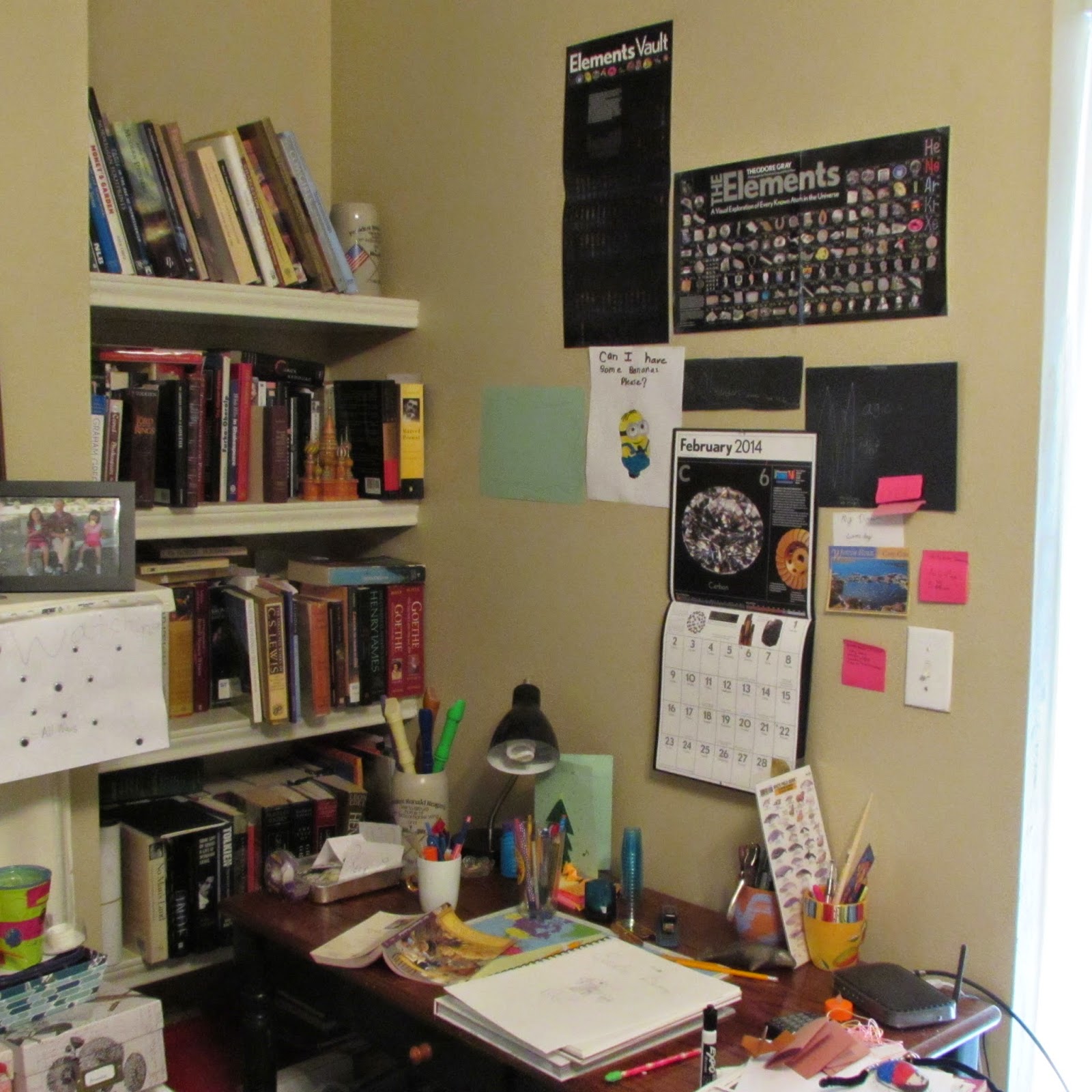 Posted by Bruce Oksol at 7:18 PM No comments: Links to this post

Posted by Bruce Oksol at 2:17 PM No comments: Links to this post

Original observation: after incredible production this well was suddenly taken off-line. It is now back on line. My hunch is that it was taken off-line while other wells on the pad were being fracked -- problem with that "theory" -- it was off-line a very, very long time. No updated sundry forms to shed light on the subject.

February 22, 2017: note bump in production after coming back on-line; may want to check frack history of neighboring wells.

February 8, 2015: this well is back on-line and producing are very high rates. Note production profile since September, 2013; the NDIC website says this well is still flowing naturally (without a pump):

Huge story. Being reported over at The Telegraph:

When future generations look back on the global-warming scare of the past 30 years, nothing will shock them more than the extent to which the official temperature records – on which the entire panic ultimately rested – were systematically “adjusted” to show the Earth as having warmed much more than the actual data justified.

Two weeks ago, under the headline “How we are being tricked by flawed data on global warming”, I wrote about Paul Homewood, who, on his Notalotofpeopleknowthat blog, had checked the published temperature graphs for three weather stations in Paraguay against the temperatures that had originally been recorded. In each instance, the actual trend of 60 years of data had been dramatically reversed, so that a cooling trend was changed to one that showed a marked warming.

This was only the latest of many examples of a practice long recognised by expert observers around the world – one that raises an ever larger question mark over the entire official surface-temperature record.

The Telegraph is also reporting (at the linked article):


Homewood has now turned his attention to the weather stations across much of the Arctic, between Canada (51 degrees W) and the heart of Siberia (87 degrees E). Again, in nearly every case, the same one-way adjustments have been made, to show warming up to 1 degree C or more higher than was indicated by the data that was actually recorded. This has surprised no one more than Traust Jonsson, who was long in charge of climate research for the Iceland met office (and with whom Homewood has been in touch). Jonsson was amazed to see how the new version completely “disappears” Iceland’s “sea ice years” around 1970, when a period of extreme cooling almost devastated his country’s economy.

One of the first examples of these “adjustments” was exposed in 2007 by the statistician Steve McIntyre, when he discovered a paper published in 1987 by James Hansen, the scientist (later turned fanatical climate activist) who for many years ran Goddard Institute for Space Studies. Hansen’s original graph showed temperatures in the Arctic as having been much higher around 1940 than at any time since. But as Homewood reveals in his blog post, “Temperature adjustments transform Arctic history”, GISS has turned this upside down. Arctic temperatures from that time have been lowered so much that that they are now dwarfed by those of the past 20 years.

I remember back in the 60's, or thereabouts, all the stories of the heat waves hitting Chicago and New York City during the summer -- pictures on the nightly news of fire hydrants being opened in the middle of those cities to help cool folks off. I haven't seen such news in the last two or three decades.

There is a rumor that NBC will start airing a new version of the first-ever on-air game show Truth or Consequences. It will be filmed in the city of Truth or Consequences, New Mexico, five nights a week with rotating hosts: Agore, Brian Williams, Lois Lerner, Jonathan Gruber, and Al Sharpton. It is expected that after January 20, 2017, the list of rotating hosts will be expanded.

Unlike the original show, the new version will be more along the line of Charlie Rose or Larry King where the host will speak for about an hour on a topic of which he or she knows nothing but claims to know everything. The show will air without commercial interruption.

It will be an interactive game show with viewers invited to call in. The first person to call in who correctly notes the "mis-remembered lie" will win a prize, still to be determined. One of the prize suggestions has been one year of prepaid ObamaCare healthcare premiums. Once the "mis-remembered lie" is revealed, the host will continue talking but sub-titles will appear at the bottom of the screen to remind viewers who may have dozed off.

(Thank you, Don.)
Posted by Bruce Oksol at 9:47 AM No comments: Links to this post

February 8, 2015: no frack data or updated sundry forms posted at the NDIC web site, but note the production profile:

Posted by Bruce Oksol at 9:30 AM No comments: Links to this post