Link to The Williston Herald:

The parent company building the nation’s first greenfield refinery since 1976 in North Dakota has secured a silent partner to handle its midstream logistics.

Meridian Energy Group, which is building the Davis Refinery in southwestern North Dakota, announced Wednesday that it had signed a letter of intent with an industry leading firm for midstream logistics support. Midstream generally refers to pipeline companies.

The unidentified company will build, own and operate the crude oil and refined product midstream and logistics facilities for the greenfield refinery, which will allow Meridian to focus on operations inside the Davis plant.

Spirit In The Sky, Norman Greenbaum
Posted by Bruce Oksol at 9:23 PM No comments:

Email ThisBlogThis!Share to TwitterShare to FacebookShare to Pinterest
Labels: Refinery_ND


In mid-February, TransCanada said it had revised upward its project costs for the Mountaineer XPress project to US$3.2 billion, due to delays in regulatory approvals from FERC and other agencies, higher contractor costs due to unusually high demand for construction resources in the region, inclement weather during construction, and changes in contractor work plans to mitigate delays.

Something tells me the delays occurred "under" the previous administration.

Meteorological winter in Bismarck was the coldest since 1979, according to the National Weather Service.

Meteorologists measure winter from Dec. 1 to the last day of February. The 2018-19 winter had an average temperature of minus 0.4 degrees, said meteorologist Ken Simosko. 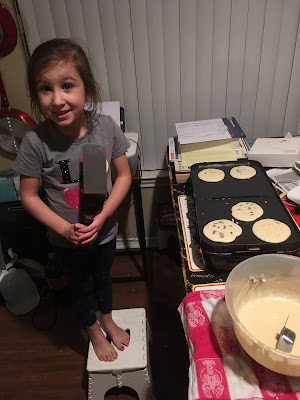 We are likely to hit record cold lows this weekend / Monday, here in north Texas.

The "cold" will start tonight, get severe on Sunday, through Sunday night and into Monday morning -- with a wind chill Fahrenheit temperature of 8 degrees Monday morning.

Can one imagine what it would be if it weren't for global warming? Maybe a wind chill of 6 degrees!

The middle granddaughter has a soccer game Saturday.

If I were Bezos, I would put the first Amazon-7-11 in Long Island City.
Posted by Bruce Oksol at 4:20 PM No comments:

I have a Katie Ledecky page. I may need to add a Hailie Deegan page. Link here. 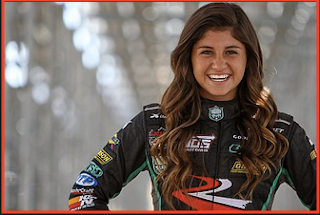 
For U.S. shale companies, 2019 will see a boost in production and a decrease in capital spending, according to analysis by Rystad Energy.

However, oil supermajors ExxonMobil and Chevron plan on spending more this year on the heels of strong 4Q 2018 earnings propelled by Permian production.

Posted by Bruce Oksol at 1:16 PM No comments:

The Japanese enter the US tight oil play, link here:


Inpex Corporation revealed Friday that its subsidiary, Inpex Americas Inc, has reached an agreement with GulfTex Energy to acquire “multiple development and production assets” in the Eagle Ford play in Texas.

Most assets pertaining to the purchase are located in Karnes County, Inpex revealed. The acquisition marks Inpex’s entry into the U.S. tight oil development and production business.

Headquartered in Japan, Inpex Corporation is the country’s largest exploration and production company. Inpex is currently involved in approximately 70 projects across more than 20 countries, including the Ichthys LNG Project in Australia as operator. The company’s president and CEO is Takayuki Ueda.


Toilet paper: last year, the anti-straw lobby forced companies to start cutting back on plastic straws. Now it's toilet paper. Link here. Average American is said to use three rolls of toilet paper/week. Does anyone really believe that?


Time Warner is one of the largest media and entertainment companies in the world, controlling a number of popular brands including TNT, TBS, CNN, and HBO, as well as the Warner Bros. line of enterprises.

ATT will be able to market Time Warner's massive pool of content to other cable companies and consumers. It would also aim to collect usage data regarding viewership of the content, with the ultimate goal being able to construct a digital advertising arm to compete with major rivals like Facebook (FB) and Google (GOOG). 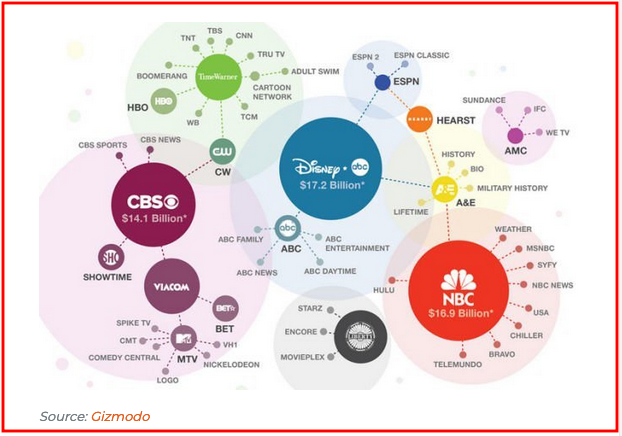 Who needs a lift? 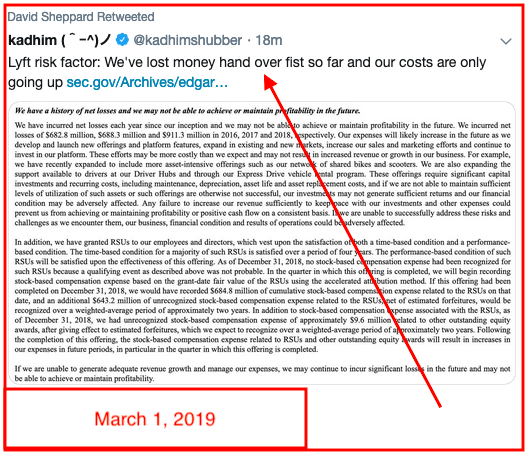 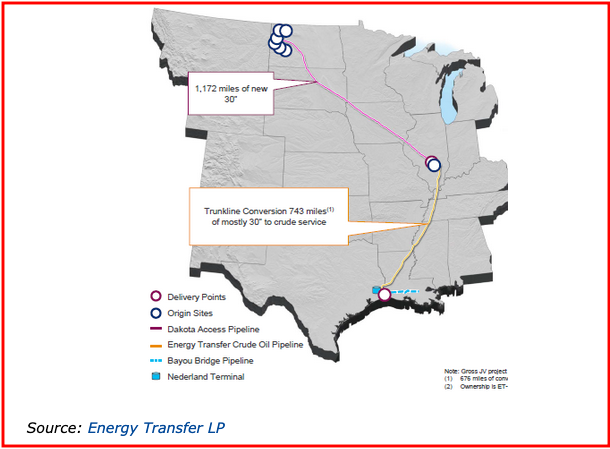 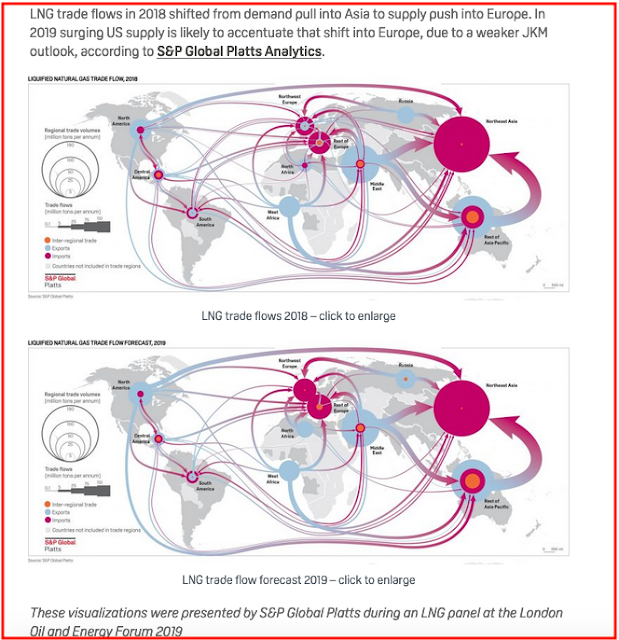 Link here to The WSJ.

Pete McGarity opened Headlines Barber Shop in Odessa in 1998 and has ridden the boom-bust cycle before. This time around he decided to capitalize on it.

In 2017, Mr. McGarity spent about $25,000 to retrofit a trailer into a custom, mobile barber shop. That October, he drove it about an hour west to Pecos, Texas, and parked in front of the town’s only grocery store, hoping to catch oil field workers between shifts. It was an instant success.

“It was crazy, it went berserk,” says Mr. McGarity, 48. “I’d show up around one o’clock and we’d cut until after midnight.”

These days Mr. McGarity sends the trailer to Pecos, which is closer to the oilfields, six days a week with five barbers, who cut hair all day long. A cut costs as much as $40, more than the $25 he charged before the boom. There is usually a long waiting list, but patrons can cut the line if they pay $60, or $75 with a shave, a popular option with oil workers.

“It is flooded with oilfield workers galore, and these guys tip well,” he says.

Mr. McGarity’s barbers are raking it in. Those who venture to Pecos can make anywhere from $130,000 to $180,000 per year, he said. He is considering investing in additional trailers to send to farther-flung towns in the oil patch and says the additional revenue may allow him to retire soon. If there’s a bust, he’ll just store the mobile shops until things come back, he adds.

Some of the folks commenting at the story reference the Bakken. Here are aerial photos of the state to include the Bakken.

For more of Vern Whitten's photographs, follow the tag.

The market: who wudda thought?

WTI: fundamentals suggest that oil should be trending lower and yet it is trending higher.

Tea leaves: everything suggests the market will continue to trend higher, but the jump today was quite remarkable it seems, but still the Dow is still not much above 26,000.

TSLA: at the end of today, the company will have about $1 billion less cash than it had yesterday, if reports are correct. Right now the Yahoo!Statistics page shows Tesla has $3.69 billion in cash or $21.34/share. We'll see if that changes next week. Unless it's already changed and I missed it. TSLA is down almost 8% in early morning trading, off $25 and trading for about $295. It certainly appears that investors are not happy with:

Disclaimer: I am inappropriately exuberant about the Bakken. I often make simple arithmetic errors. I often mix facts with opinions with extrapolations with assumptions and it is often hard to tell them apart. I do this for my own benefit to help understand the Bakken.


In a world where Marcellus/Utica natural gas supplies and Gulf Coast gas demand are increasingly interdependent, what would happen if flows along a critical route connecting the two regions were disrupted? The market caught a glimpse of that on January 21, when an explosion on Texas Eastern Transmission’s 30-inch line in Noble County, OH, shut down flows through its Berne compressor, which serves as a key gateway for Gulf Coast-bound gas out of Appalachia. Partial service was restored a few days later, but a chunk of the capacity remains offline as repairs are completed, and southbound volumes are running at 60% of what they were prior to the outage. Not too long ago, an outage severing Northeast producers’ access to a major takeaway route to the Gulf would have hammered Northeast supply prices, even during the peak winter demand months. But as expansion projects have vastly improved pipeline connectivity within Appalachia and takeaway capacity out of the region, they’ve transformed how some of those legacy long-haul pipelines function and even the role they play in the market. The TETCO outage provides a glimpse into what that will mean for the Northeast and its downstream markets. In today’s blog, we begin a series looking at the implications of a well-connected Marcellus/Utica, starting with a recap of the TETCO event and its immediate impacts on southbound flows.