Activity On The Slawson Stallion Pad In Big Bend? -- November 2018

Tonight I see there are five wells on that pad; two of them have been producing for quite some time; three are confidential, but the producing wells have been taken off line and one of the wells on the confidential list has a rig on site, according to the NDIC map, suggesting that "something is going on."


Pad to the east:

Pad to the east:

One section to the east:

To the east of that well:

Thanksgiving, 2018 -- Random Update Of A CLR Well With Jump In Production

There are several wells in this area that all show nice jumps in production. This is a typical example: 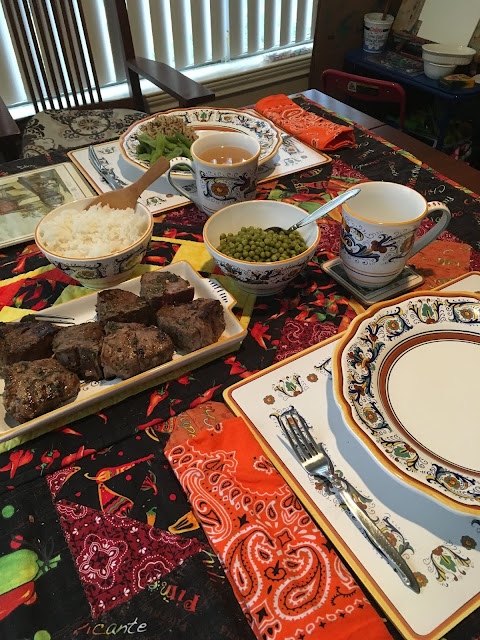 We've seen this movie before: The [London] Telegraph (link here).

Saudi Arabia and the core Opec states are taking an immense political gamble by letting crude oil prices crash to $66 a barrel, if their aim is to shake out the weakest shale producers in the US. A deep slump in prices might equally heighten geostrategic turmoil across the broader Middle East and boomerang against the Gulf’s petro-sheikhdoms before it inflicts a knock-out blow on US rivals.

Caliphate leader Abu Bakr al-Baghdadi has already opened a “second front” in North Africa, targeting Algeria and Libya – two states that live off energy exports – as well as Egypt and the Sahel as far as northern Nigeria.

Chris Skrebowski, former editor of Petroleum Review, said the Saudis want to cut the annual growth rate of US shale output from 1m barrels per day (bpd) to 500,000 bpd to bring the market closer to balance.

“They want to unnerve the shale oil model and undermine financial confidence, but they won’t stop the growth altogether,” he said.

There is no question that the US has entirely changed the global energy landscape and poses an existential threat to Opec. America has cut its net oil imports by 8.7m bpd since 2006, equal to the combined oil exports of Saudi Arabia and Nigeria.

The country had a trade deficit of $354bn in oil and gas as recently as 2011. Citigroup said this will return to balance by 2018, one of the most extraordinary turnarounds in modern economic history.

“When it comes to crude and other hydrocarbons, the US is bursting at the seams,” said Edward Morse, Citigroup’s commodities chief. “This situation is unlikely to stop, even if prevailing prices for oil fall significantly. The US should become a net exporter of crude oil and petroleum products combined by 2019, if not 2018.”

From the EIA, an explanation.

US crude oil production and imports.

If you are into this kind of movie, The Girl in the Spider's Web, is incredibly good. Quick notes.

It took me about "half the movie" before I was able to "warm up" to the new Blomqvist and Lisbeth.

This is a sequel, but a completely different story line.

The first in the series, The Girl With The Dragon Tattoo, had a much, much better story line, but the sequel is much, much better with the gadgetry and giving more depth/time to Lisbeth and her one-man tech support team.

Some very, very clever devices in the sequel; much better than the first movie.

I was never on the "edge of my seat" watching the sequel; one knew who would be standing at the end of the movie; we simply watched to see "how" it would end.

No disguises of note in the sequel; disguises in the first Girl were superb.

Gadgetry in the sequel made the gadgetry in a James Bond look like a high school science project.

No humor in either Tattoo or Spider's Web.

You can watch the sequel without seeing the first, but I would not recommend it.

One huge fault: why did Lisbeth not kill her nemesis/her most violent adversary when she had the chance? Yes, I know "the movie" needed him, but Lisbeth did not.

Overall, I think both the original Lisbeth and the original Blomqvist were much, much better; one might argue about Blomqvist, but no argument about Lisbeth. The original actress set the bar. It was not raised in this movie.


Sloop John B, The Fendertones
Scott Totten, musical director of The Beach Boys﻿ is one of the vocalists. The video was posted back in 2014.
Posted by Bruce Oksol at 3:21 PM No comments: 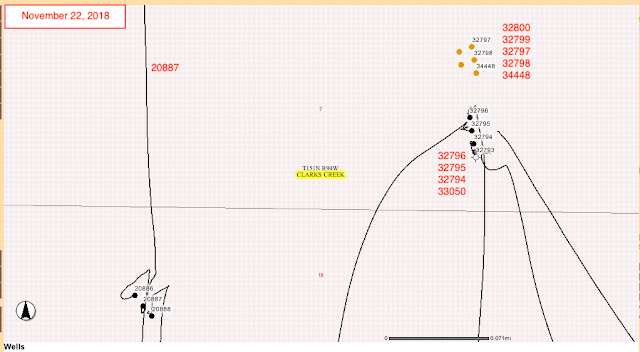 Well, isn't this interesting! Look at this unexpected jump in production for this well (see this post for explanation):

Its sister well had a jump in production last year:

Later, 6:00 p.m. Central Time: it looks like ISO New England maxed out on available natural gas today. Note the surge in hydroelectric demand -- this will be spot price for energy from Canada. Also, this is the greatest percent of electricity from coal I've seen this autumn: 6%. Generally coal runs about 2%; the max has been 4% for the most part, so 6% catches my eye.

Link here. There must be an Arctic blast moving through. 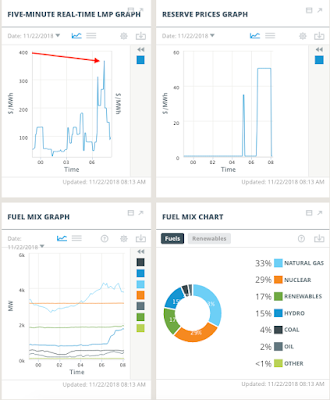 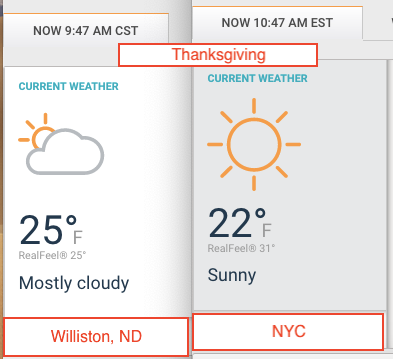 The book for the day: The Greater Journey: Americans in Paris, David McCullough, c. 2011.

Thomas Jefferson, John Adams had both died in 1826. Lafayette -- yes, that Lafayette -- was taking his swan song tour of America, returning as a hero. Meanwhile, American writers and painters were streaming to Paris.

No regular passenger vessels at the beginning. Folks booked passage on a packet -- a cargo ship that took passengers.

Most were brigs: two-masted square riggers.

Alexis de Tocqueville: traveled in the opposite direction; coming to America in 1831; he had never spoken to an American in his life; he had never seen the sea -- until this voyage.

Number of passengers on a packet ship ranged from one to thirty.

Most memorable on the way to Paris: a stop at Rouen, halfway between Le Havre and Paris. Nice description of the cathedral, page 22.

And the notes will continue elsewhere.
Posted by Bruce Oksol at 8:17 AM No comments: