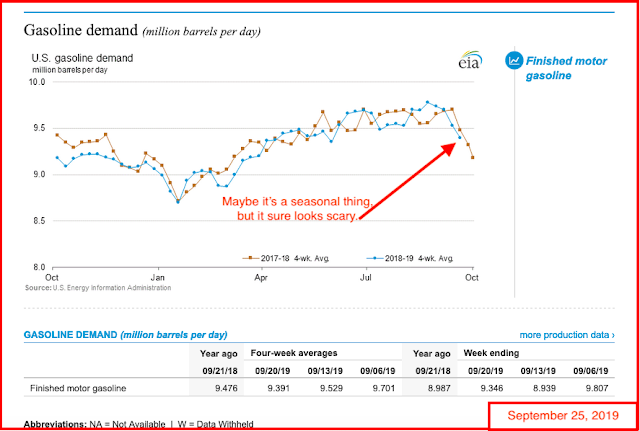 With that big increase in gasoline output, this week's gasoline production was 4.1% higher than the 9,832,000 barrels of gasoline that were being produced daily over the same week of last year.

Weird swings in gasoline production like that are usually due to some kind of adjustment for ethanol blending. In addition, year-over-year comparisons at this time of year are also subject to whatever hurricanes might have been around last September, so pass the grains of salt.

I don't know if folks remember this story of just a couple of days ago: Jeff Bezos cut off health insurance for part-time workers at Whole Foods. Wow, my wife thought that was "criminal."

I had heard the report/headline (maybe on the radio?) but did not read the story. I argued that it might not be due to costs alone.

With a headline story over at the WSJ today, I went back to check the Whole Foods story. The lede:


National grocery chain Whole Foods, which is owned by multibillion-dollar corporation Amazon, is cutting medical benefits for hundreds of part-time employees, Business Insider reported today. The decision, according to the company, is designed “to better meet the needs of our business and create a more equitable and efficient scheduling model,” a Whole Foods spokesperson told BI.

I suggested to my wife at the time that there were may be reasons other than costs alone that drove the decision. I can go through those with you sometime if anyone is interested but that will be a story for another time.

So, how many Whole Foods folks are affected? From the linked story:


Whole Foods claims that the percentage of its workforce that’ll be affected by the cost-cutting measure, and therefore no longer eligible to purchase employer-provided health care, is less than 2 percent. (That equates to nearly 2,000 people.)

One affected employee, who’s worked for Whole Foods for 15 years, told Business Insider they were “in shock,” as the company’s benefits options were why they held on to the job. [Parse that sentence.]

Now, the headline story over at The WSJ today:


The average total cost of employer-provided health coverage passed $20,000 for a family plan this year, according to a new survey, a landmark that will likely resonate politically as health care has become an early focus of the presidential campaign.

Annual premiums rose 5% to hit $20,576 for an employer-provided family plan in 2019, according to the yearly poll of employers by the nonprofit Kaiser Family Foundation. On average, employers bore 71% of that cost, while employees paid the rest.

Thirty percent of $20,000 is $6,000 but that does not count deductibles and co-pays. I don't know to what extent it includes prescription drugs.

This also explains why the unemployment number is so low.

Once the Dems decide on their presidential nominee, Trump better get ahead of this story. He's not responsible; the US House has done nothing on this issue but Trump will be held accountable by the media.
Posted by Bruce Oksol at 5:47 PM No comments:

Eight new permits, #37008 - #37015, inclusive:
Coming off the confidential list today:
Three permits were renewed but they were all salt water disposal wells.

12:26 p.m. CT: I posted the original note at 8:37 a.m. CT elsewhere but now moved the original post over here (12:26 p.m. CT). I did not buy any shares of GM when the market opened, but I did buy shares in another company as soon as the market opened. The Dow was negative at the time. Right now, the Dow is up 141 points -- and this is after the "transcript of the telephone call was released." It looks more and more like the whistleblower is working for Pocahontas or Kamala Harris, at least that's what I'm hearing on talk radio. This turns out to be a twofer -- embroils both Trump and Biden. LOL. But I digress. Some think that Trump could gain two to three points in the next Rasmussen poll. [Later: Rasmussen poll shows Trump at his recent high, at 53% approval.]

The point of the GM note below: this certainly does not look like movers and shakers think there will be a recession in the next six months.

Updates
On a day of volatility in the market and then at the end of the day, a small loss for the market, shares in GM were up. We discussed the GM strike earlier. Two developments today:

GM:
GM strike:
Disclaimer: this is not an investment site. Do not make any investment, financial, job, travel, career, or relationship decisions based on what you read here or what you think you may have read here.

Now, correct me if I'm wrong, but what are the odds that the president of any foreign government would "be in town" exactly on the day that Trump needs him most, when the US House is taking up an impeachment inquiry? Not only that but Trump will hold another press conference later today (September 25, 2019). "Never let a good crisis go to waste," Rahm Emanuel, the Obama administration. President Trump will note that this Congress has done nothing, particularly:
Everything hits the fan yesterday; Nancy Pelosi begrudgingly sets "impeachment" in motion ... and the man of the hour, the president of the Ukraine just happens to "be in town." What are the odds?
Posted by Bruce Oksol at 12:30 PM No comments: 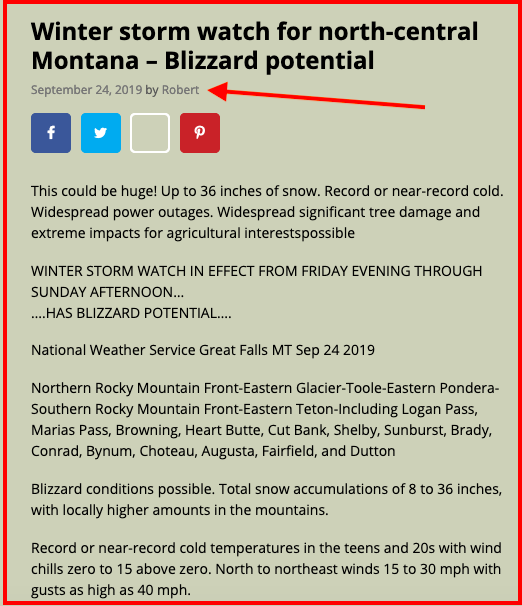 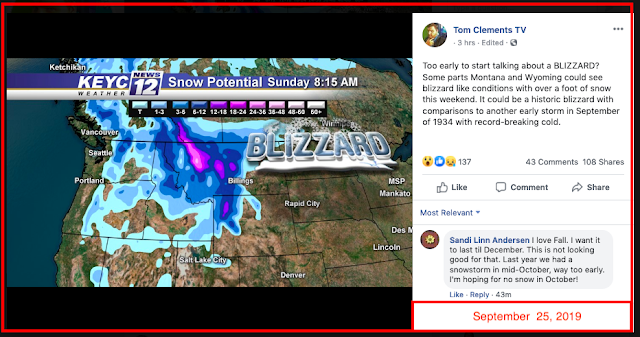 This is pretty funny. From a story on the internet this morning:

Kevin McCarthy: If you want to know what Pelosi will do tomorrow, read AOC's tweets tonight.

I can't wait to see the transcribed phone call, and the whistle-blower's complaint.

You know, the one thing that this scandal does not have that it needs if this story were to have any legs: sex. As far as I can tell, there will be no sex scandal in this. Unless, somehow, President Trump brought up cigars with the Ukrainian president.

Quick: who is the president of (the) Ukraine? "The" is optional. I bet you didn't know that. Wiki told me.

The talk here in north Texas on talk radio and in Starbucks this morning: they just handed Trump the 2020 election. Apparently there are some congressmen / women already having second thoughts. I assume the congressmen/women noted that without sex there is no scandal. Impeachable, perhaps. High crimes and misdemeanors, maybe, but without sex, no scandal. The French must be wondering what in the world is this all about? I know that's what the Ukrainian president said. Whatever.

It is very likely that the squad just handed the US House of Representatives back to the GOP.

Meanwhile the turtle just goes about his business confirming federal judges.
Posted by Bruce Oksol at 11:13 AM No comments:

How To Keep Track Of The Number Of Stages In A Fracked Long Lateral -- September 25, 2019

This turns out to be more complicated than I first thought. After posting this picture yesterday, I had a couple of comments / queries -- one anonymous and two by e-mail. 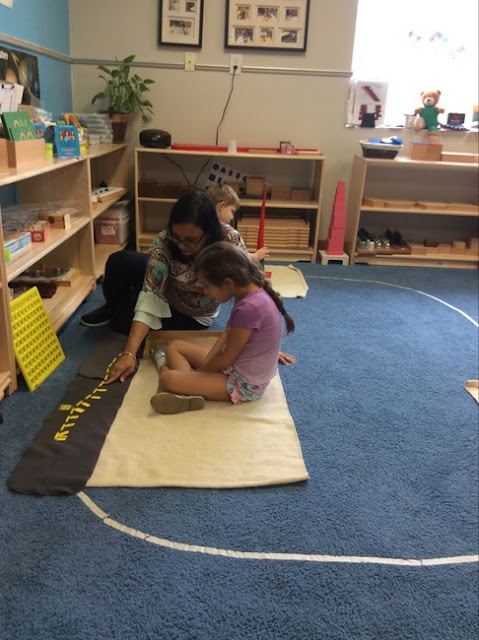 I honestly did not know what they were doing in the photo above.

Today, when I took Sophia into her Montessori classroom -- we arrived early before her teacher was there -- so she could have a second breakfast with her classmates -- I asked her to show me what she was doing.

She pulled out the project.

Sophia said that one had to put the numbers in a certain order to make a chain.

In the photo below, one sees a chain with beads of the same color. Apparently they had to match the tabs with numbers on them with the number of beads in each section of the chain. And then total them up as they went along -- sort of like an abacus.

She appeared to know exactly what she was doing. In fact, it appeared she was surprised that I was confused. She said, "it's easy. Don't you get it?" She could have added, "you dummy." LOL.

It really is bittersweet to see one's granddaughters grow up. By age eight they don't need you any more except as an Uber-driver. 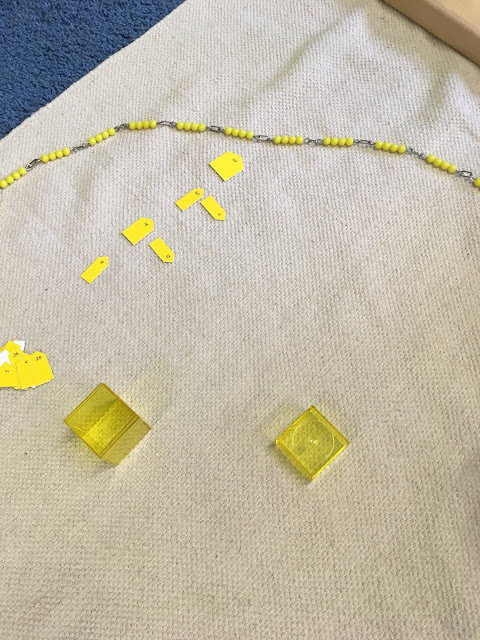 So, anyway, it turns out to be much more complicated than I originally thought. It appears that one could also use this method to describe how many stages CLR uses when fracking a long lateral.
Posted by Bruce Oksol at 11:01 AM 2 comments:

Let's see what the EIA numbers were:

US shale, the swing producer: 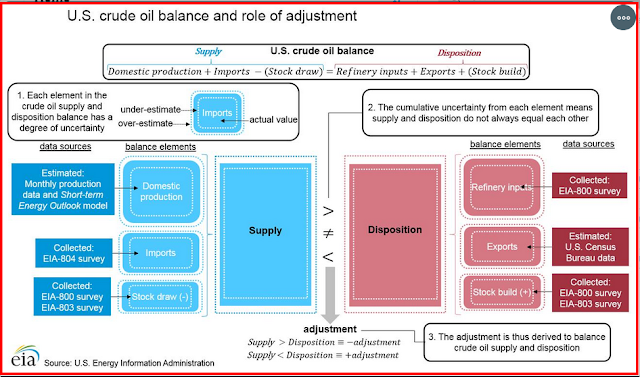 Later, 9:58 a.m. CT: so, "Big_Orrin" suggested that US crude oil inventories would increase by 6.8 million bbls -- and apparently most of that along the coast because Cushing was forecast to only increase by 1.1 million bbls. Let's see what the EIA numbers were:
WTI: after the EIA report -- down a whopping $1.26; down 2.25; and now trading at $56.03. Even worse for Saudi Arabia, who is not yet back in business, is selling what they have with a Brent price of barely breaking $60.

My #1 hope today: the rooster goes home without meeting with Trump. There's no reason for Trump to meet with guy -- sets pre-conditions to meet with Trump -- LOL.

Quick: who was Bill Clinton's VP? No, it was not Hillary.

Existentialism: Ice Brent crude oil futures fell to $62.20/bbl (8:30 GMT), their lowest levels since before the 14 September 2019 attacks on key oil facilities in Saudi Arabia ....
Disclaimer: this is not an investment site. Do not make any investment, financial, job, travel, career, or relationship decisions based on what you read here or think you may have read here.

What are futures doing? Looks like a slightly negative opening for the Dow.. Stockpicker's market. WTI is down another $1.02/bbl, down almost 2%, trading at $56.27 (WTI). Fascinating. 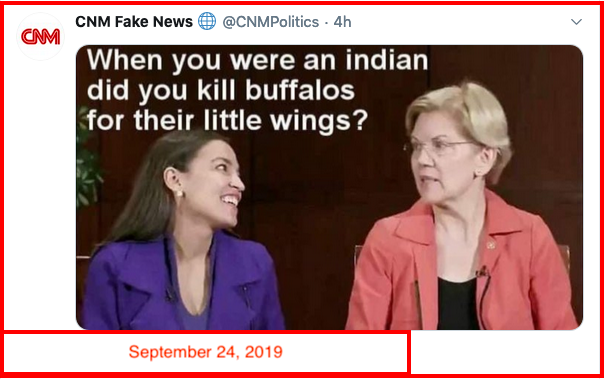 Beto: I keep waiting for a post-third Democrat debate Texas poll, but so far no new poll. Themost recent Texas poll was September 9, 2019, a few days before the September 12, 2019, "hell, yes, we're going to take your guns away," moment. Vanity Fair has a nice piece on this. It begins:


Then an NBC/WSJ poll came out, revealing a post-debate crash: O’Rourke had officially joined the 1 percenter’s club, behind even oddball candidate Andrew Yang.

I did not know that the millennials considered Andrew Yang an "oddball candidate."  I knew the rest of us did (consider him an oddball).
Posted by Bruce Oksol at 6:49 AM No comments: