Market surges, records may be set. NYSE new highs, 217, including: Deere; Diageo; D. R. Horton;
WTI: looks like it could be a great day for oil; up almost 1% shortly before the close.

Remember when Chavez was giving away Venezuela oil to Joseph Patrick Kennedy? No more.  Venezuela now asking for free oil to keep its refineries open. Flashback: Mar 10, 2013 - For years, the eldest son of the late Robert F. Kennedy has relied on the Venezuelan strongman to prop up his charity with tens of millions of dollars in donated oil. The steady flow of heating oil allowed the former congressman from Massachusetts to portray himself — and Chavez — as heroes to the poor ... Amid continuing economic turmoil, Venezuela skipped heating oil contributions to an energy assistance program based in Massachusetts for a second consecutive winter, imperiling the popular program. The decision by Venezuela's Citgo Petroleum Corp. to bow out of the program founded by Joseph P.

Net neutrality: not consistent with a populist president; this is the kind of deal that could cost a president a second term

Disclaimer: this is not an investment site. Do not make any investment, financial, job, relationship, or travel decisions based on anything you read here or think you may have read here.

CBS and the kneelers:


Dish Network Corp. subscribers face a Thanksgiving weekend without CBS shows including football matchups like the NFL's Dallas Cowboys versus Los Angeles Chargers after the network's programming was pulled from the service over a fee dispute.

Guess what it is.

When you get to the link, push down and hold on your track pad / hold down clicker on the mouse while "moving" the cursor.

Also, in most views, there is a little target which might be easy to miss. If you click on the little target, additional information will pop up.

I don't know yet, if the link is dynamic.

Thank you to Don for sending me this link. It will be great to share with grandchildren.

And it's very possible one might be lucky enough to spot a sleigh and eight tiny reindeer on December 24 - 25. But you will have to look closely. Before then, google "North Pole video."


Global warming hysteria has wrecked the supply of electricity in Australia, causing widespread blackouts. That is quite an accomplishment, considering the abundant resources available in that nation-continent. It takes a special brand of idiocy on a national scale to accomplish such a feat.

It was already "unacceptable" that we banned nuclear power here, despite exporting uranium for some of the 449 nuclear plants overseas that safely produce more than 10 per cent of the world's electricity.

It is also "unacceptable" that we've now banned fracking for gas in Victoria, Northern Territory, Western Australia and much of NSW, also thanks to unscientific green scares.

Our Chief Scientist says this technology is "completely safe" when well regulated and it's been used in the United States to unlock such vast new supplies of cheap gas that it's driven down prices and made the US self-reliant on energy.

So for no sane reason we've banned two major sources of electricity. But even more "unacceptable" is that we've decided that coal – our biggest source of all – should also be banned.

Coal-fired stations produce 73 per cent of our electricity and the cheapest and most reliable. Yet activists convinced politicians these stations were heating the world dangerously by releasing lots of carbon dioxide, the gas which feeds plants. Never mind that the world has, in fact, barely warmed over the past two decades.


Wind power is so expensive and unreliable that South Australia has since suffered two huge blackouts and has the world’s most expensive electricity.

This is a difficult article to access. The best way to do it, is to google it, simply putting the entire title of the article and the author into the google search box. Clicking on the link will download a pdf on your desktop. But again, it's difficult and you may have to play around a bit.

Article: Carbon cycle modelling and the residence time of natural and anthropogenic atmospheric CO2: on the construction of the “Greenhouse Effect Global Warming” dogma.


The three evidences of the United Nations Intergovernmental Panel on Climate Change (IPCC), that the apparent contemporary atmospheric CO2 increase is anthropogenic, is discussed and rejected: CO2 measurements from ice cores; CO2 measurements in air; and carbon isotope data in conjunction with carbon cycle modelling.

It is shown why the ice core method and its results must be rejected; and that current air CO2 measurements are not validated and their results subjectively “edited”.

Further it is shown that carbon cycle modelling based on non-equilibrium models, remote from observed reality and chemical laws, made to fit non-representative data through the use of non-linear ocean evasion “buffer” correction factors constructed from a pre-conceived idea, constitute a circular argument and with no scientific validity.

Both radioactive and stable carbon isotopes show that the real atmospheric CO2 residence time (lifetime) is only about 5 years, and that the amount of fossil-fuel CO2 in the atmosphere is maximum 4%. Any CO2 level rise beyond this can only come from a much larger, but natural, carbon reservoir with much higher 13-C/12-C isotope ratio than that of the fossil fuel pool, namely from the ocean, and/or the lithosphere, and/or the Earth’s interior.

This is very difficult to read, but if one tries, I'm sure one can understand it.
Posted by Bruce Oksol at 9:09 AM No comments:

I haven't done this before but I don't want to lose the links or the comments, and information contained in comments won't show up in a google search, so I will place the comments here, and perhaps come back to them later.


The looming global impact of almost unfathomable amounts of natural gas was described in detail by a Seeking Alpha analyst, David Addison, in yesterday's piece " Battle for Dawn".

This follows the stunning announcement last week from Tellurian that they will build a 20 train LNG facility on Lake Charles for $15 billion ... half the historical price for these plants. The LNG project is the Driftwood, being built by Bechtel. [I track the US LNG export terminals here.]

The size and economy of these infrastructures will boost natgas consumption worldwide, possibly even to Melbourne, Australia, where a company is tentatively planning on a floating regassification structure (FSRU) to - perhaps - import LNG from the US as it may well be cheaper than their own Queensland LNG plants.

Absolutely amazing potentialities ahead, due in no small part to the tenaciousness, the foresight of people like Hamm, Papa, McClendon and the people of North Dakota who all helped birth this new reality.


The Mountaineer Xpress mentioned above - very large at 2.7 Bcfd - is crucial, along with the proposed Atlantic Coast Pipeline, in opening up the southeast to Appalachian Basin gas.

The renewable folks are going absolutely crazy in their attempts to stifle the build out of these pipelines.


Oddly, the same date as the Tellurian announcement, another study shows the capacity of new lines approved over the last two decades was more than twice the amount of gas actually produced and consumed daily in 2016.
RBN Energy reported the same in their series on Marcellus/Utica takeaway over a year ago

And our imports, mostly from Canada were greater than our exports: 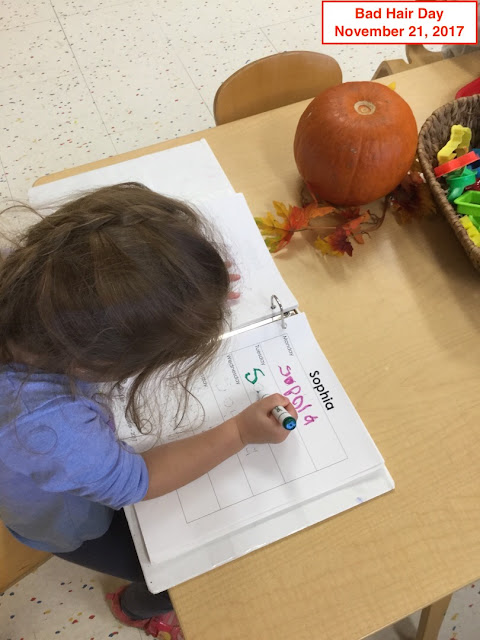 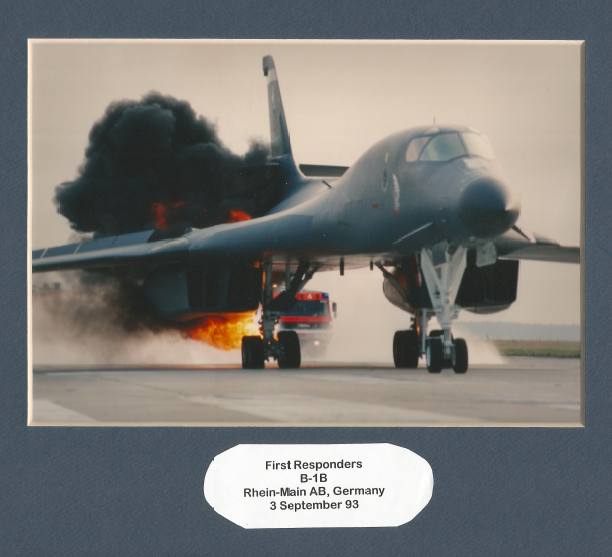 One day when we were assigned to Rhein-Main Air Base, Germany.

Kiri would have been in high school; Laura in middle school.
Posted by Bruce Oksol at 7:57 AM No comments: 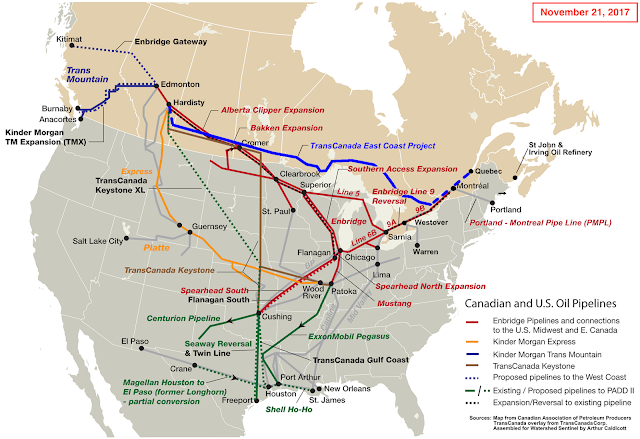