Finally, "everyone" has caught on and it's been reported everywhere. Most recent example: The Wall Street Journal.

But there's a "new game" in town: talking about getting crude oil inventories back to the 5-year average.

The problem with that: the 5-year average was greatly affected by the Saudi surge in production 2014 - 2016. See graphic at this post.

On the patio -- man-cave -- listening to ABBA in the background, surfing the net, and occasionally reading the current issue of The New York Review of Books. Perhaps the best is the essay on Wilkie Collins. I only know of him because a female friend in another life-time told me about Wilkie Collins and The Woman In White. It was because of her -- the female friend in another life-time, not the woman in white -- that led me to reading the Wilkie Collins novel. I've completely forgotten the story line; I may have to re-read it. LOL.

Interestingly enough, The Woman In White was also referenced in the recent biography of Bram Stoke, the author of Dracula. Yes, that Dracula.
Posted by Bruce Oksol at 9:01 PM No comments:

Active rigs (it's hard to believe that a year ago there were only 25 active rigs in North Dakota): 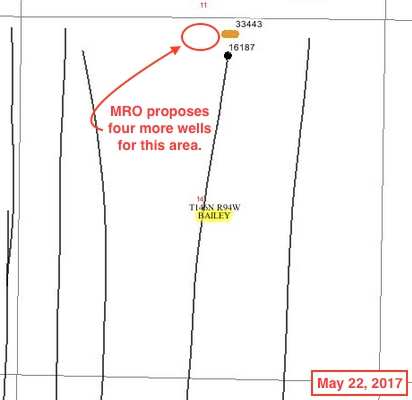 Posted by Bruce Oksol at 3:40 PM No comments:

Later, 8:17 p.m. Central Time: only because my wife was watching CNN was I watching it when Erin Burnett ("Out Front") and Anderson Cooper were reporting on the blast in Manchester, UK, that killed at least 19 and injured another 50.  Obviously from the very beginning, it was a terrorist attack, but both Erin and Anderson (bless their hearts) were saying there was no evidence that this was a terrorist attack, and had talking heads to confirm that there was nothing to suggest this was a terrorist attack, despite the fact that the Drudge Report banner already blared that it was a "nail bomb." I know that Erin and Anderson (newsreaders) would not have time to scan the internet for updates but their producers certainly let them down.

Both Bannon and Priebus leave Mideast tour early; heading back to Washington, DC. Much, much speculation. I wonder if they were on same plane.

John Podesta appears to be losing it.  He's probably not part of Hillary's inner circle any more.

Wow, the New York elite just can't get over it, can they?

Another tarmac talk about grandchildren? James Comey's testimony delayed so that he can talk to Robert Mueller. There are only two reasons Comey would want to meet with Mueller: a) to talk about their grandchildren; and/or, b) to get the stories straight. Just kidding. There are at least a dozen other reasons. 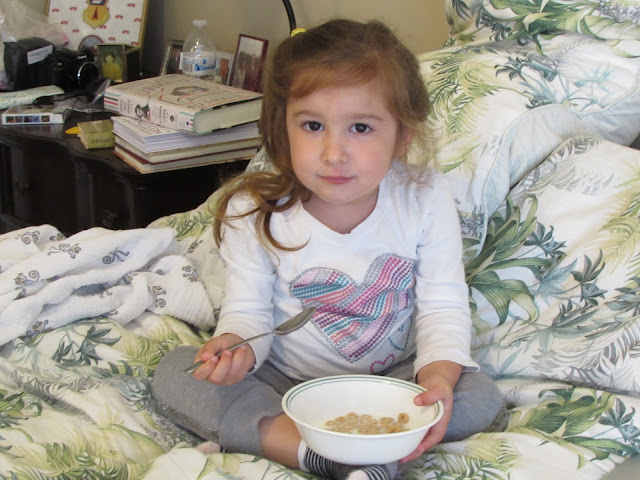 US gasoline demand: I've written about this many, many times, but unable to explain it -- falling US gasoline demand despite a great economy. Now, in Barron's, May 22, 2017, page M1: is Amazon behind the recent drop in miles driven by Americans? US miles driven averaged 1.5% growth in the three months ended February, down from almost 3% in 2016. If consumers shop more on-line, there's less need to drive to the store or mall. I find that a stretch, but I have to admit that on Sunday, yesterday, the US Postal Service delivered two products to my door, each of which would have normally necessitated trips to opposite sites of town. Barron's may be on to something.

Saudi Arabia: Without question, the top energy and market story over the weekend had to do with all the deals being announced in/with Saudi Arabia as a result of President Trump's visit there.

Cash flow. My understanding is that once Tesla begins ramping up automobile production, it will take much more money to ramp up than what it has taken to get to where they are today. Here's someone's synopsis of Tesla's cash flow over the past three years:

It's not just the numbers, or perhaps even the SIZE of the numbers, but look at the trend on the net income line vs revenue.
Posted by Bruce Oksol at 9:36 AM No comments:

Nuverra Bankruptcy; The Trials And Tribulations Of SM Energy -- Filloon -- May 22, 2017

Nuverra (formerly Power Fuels) files for bankruptcy protection. Not sure of the date the company first announced it was considering protection; the date it publicly said it would file; and the exact date of filing, but the latter must be very recent. One can go back and find many articles on pros and cons of investing in this company:
I find it interesting that one of the bigger oilfield services companies in North Dakota (and the heart of the Bakken in this case) filing for bankruptcy did not appear in The Bismarck Tribune, unless for some reason it did not get picked up by Google.

As far the founder of Power Fuels:

This is the operator that was predominantly a natural gas company when it entered the Bakken. It said repeatedly -- at least that was my impression -- the company would "never leave" North Dakota. The company left North Dakota in 2016, but has delayed selling its Divide County assets due to poor prices.


SM's average completion produces considerably less when compared to the average of all locations. This is significant, as SM's produce 158,930 BO compared to the 201,310 BO for the group over 18 months of wells life. One of SM's newest completions could change this. Blissard 20-29 1H only has 4 months of production, but is significantly outperforming its older location.


RBN Energy: the series continues -- takeaway capacity in the Marcellus / Utica. This post is on the takeaway projects to the southeast US.


One of the major target markets for Appalachian natural gas is the U.S. Southeast. More than 32 GW of gas-fired power generation units are planned to be added in the South-Atlantic states by 2020 and LNG exports from the Southeast are increasing.

Of the 15.5 Bcf/d of takeaway capacity planned for Appalachia, close to 5 Bcf/d is targeting this growing demand. Despite the need, these pipeline projects designed to increase southbound flows from the Marcellus Shale have faced regulatory delays and setbacks. Today, we provide an update on capacity additions moving gas south along the Atlantic Coast.