U.S. District Court Judge Sharon Gleason issued an order Saturday barring ConocoPhillips from starting planned gravel mining and gravel-road construction at its Willow project. With an estimated 590 million barrels of oil and the potential to produce 160,000 barrels per day, Willow would be the westernmost operating oil field in Arctic Alaska. First oil is planned as early as 2024, according to ConocoPhillips.

But, for oil companies in general, good news? Hedge funds think so.

The view is a reversal for hedge funds, which shorted the oil sector in the lead-up to global shutdowns, landing energy focused hedge funds gains of 26.8% in 2020, according to data from eVestment. By virtue of their fast-moving strategies, hedge funds are quick to spot new trends.

U.S. crude has climbed 54% to around $57 per barrel during the same period.

“By the summer, the vaccine should be widely provided and just in time for summer travel and I think things are going to go gangbusters,” said David D. Tawil, co-founder at New York-based event-driven hedge fund, Maglan Capital, and interim CEO of Centaurus Energy.

Global warming, study can be found at The Global Warming Policy Foundation, launched by Lord Lawson and Dr Benny Peiser on November 23, 2009, in the House of Lords (London, UK) -- in the run-up to the Copenhagen Climate Summit.

[In the most recent study], Goklany provides a table, setting out all the scaremongering claims made by environmental groups — and then comparing them with observed reality. Only one of the claims stands up, according to the study — weather has been getting slightly warmer:

Cyclones/hurricanes more intense or frequent — No

Droughts more frequent and intense — No

Land area and beaches shrinking, coral islands submerged — No. (Marginal expansion) -- we talked about this on the blog years ago, also

None of the doom-mongering claims made about a decline in human welfare stands up, either, according to the study.

I was so lucky / fortunate some years ago to visit the Petersen Automotive Museum in Los Angeles before it was closed for re-modeling and then closed again because of the pandemic. We took a midday break at the collocated fast food hamburger restaurant inside the huge building.

Maybe I'll get back there some day.

For now The WSJ article:

The centerpieces of “Supercars,” the Petersen Automotive Museum’s new online video tour of an exhibit that can’t be viewed in person because of Covid-19, are the 1988 Lamborghini Countach 5000QV as well as a stable of Ferraris that defined the category from the 1950s to today. That’s as it should be. Those were the cars whose images adorned the bedroom walls of teenage boys starting in the 1960s and ’70s, usually with a bikini-clad supermodel splayed across the hood. But as this overview makes clear, covering some 30 automobiles spread across the entire 14,000 square feet of the museum’s third floor, there is much more to the history and development of so-called supercars.

Michael Bodell, the museum’s deputy director, is our guide (the show was curated by Exhibitions Director Bryan Stevens ), and he reminds us that these playthings of the uberwealthy and well-connected have a long history. We see the 1913 Mercer Type 35-J Raceabout, which competed in the first Indianapolis 500, and the 1923 Mercedes 28/95 Targa-Florio, its high hood-line hiding what was, at the time, Mercedes’s most powerful automotive engine, adapted from aircraft technology—a 7.2-liter, inline six-cylinder that produced about 95 horsepower. While these cars may not make us think of the Lamborghinis or Ferraris to come, most of America at that time was driving Henry Ford’s boxy Model T, early models of which had 2.9-liter, inline four-cylinder engines that produced only 20 horsepower.

The Art Deco period’s marriage of design and function is clearly evident in the next two vehicles in the virtual tour, the 1933 Duesenberg Model SJ, an ultra-luxurious long-nosed convertible coupe popular with Hollywood celebrities of the day that put out more than 300 horsepower and had a top speed of over 130 miles per hour. While someone may have driven this car that fast, that wasn’t the purpose of buying one. Rather, it was to be seen in it—leaving onlookers agog at the silver-wrapped exhaust manifolds, spoke wheels and the distinctive flying-goddess hood ornament.

Art Deco’s influence is even more evident in the 1938 Delahaye 145 with a custom body by French coachbuilder Henri Chapron. One of four Delahaye Grand Prix cars, it’s really a race car whose bodywork makes it road-worthy and head-turning, with rounded, sculpted fenders, streamlined hood and sloping tail, all in an elegant blue and purple two-tone finish.

Where we really get into modern-day supercars is the 1952 Ferrari 212/225 Inter Spyder Barchetta, originally owned by Henry Ford II ; he took it to his designers, who were inspired to create the 1950s Thunderbirds. One of the few all-original cars in the museum’s collection, it has a staid black finish with white interior and whitewall tires. Its sleek, rounded edges and open cockpit are so far removed from the top-selling American car of 1952, the Buick Roadmaster, that the two shouldn’t be discussed in the same sentence.

When I get back, the PGA tournament will be over. Looks like it won't be Jordan's day.

Will get back before Super Bowl begins. Tampa Bay by 14. [Later: wow, I called that!]

Clearing out the in-box. 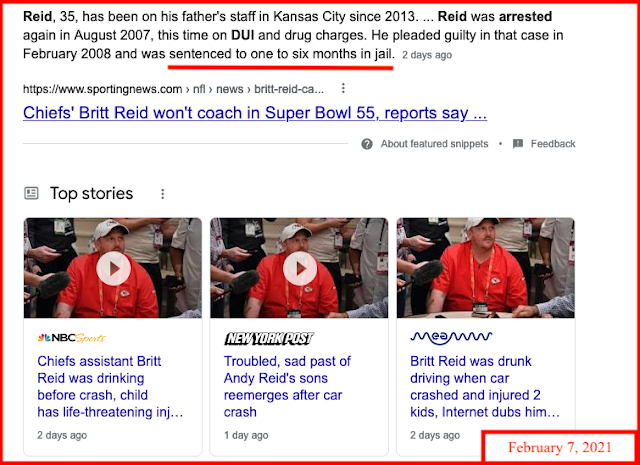 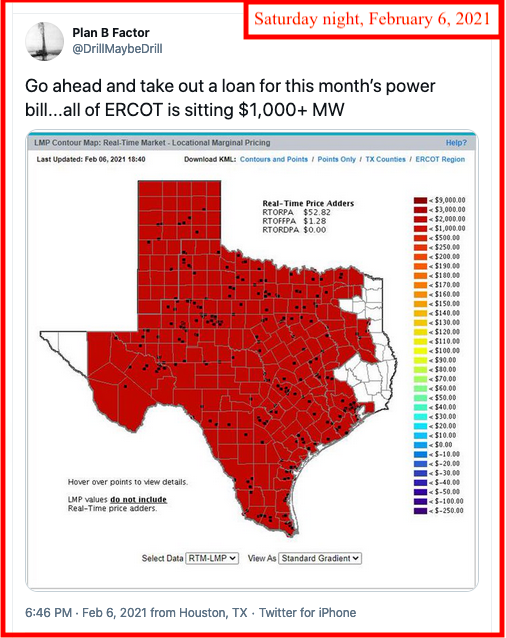 Initial Production For The Wells Coming Off Confidential List This Next Week -- February 7, 2021

Wells Coming Off The Confidential List This Next Week -- February 7, 2021 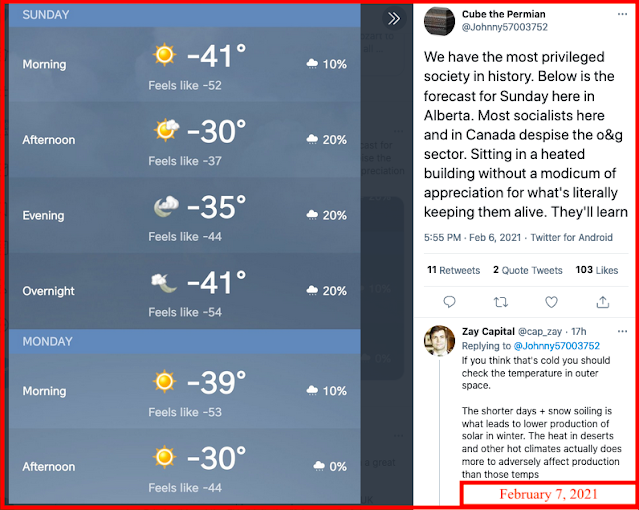 Barron's posted a glowing review of Ford's Mustang Mach-E. Link here. I would have missed it. Sent it to me by a reader.

1. Elon Musk would be very, very worried -- if Tesla was a car company. It's not.
2. From what I see, Ford is still a car (truck) company.
3. 2021 will be a fascinating year to watch the earnings for Ford. I think earnings still matter for Ford.
4. Earnings for Tesla don't matter. They will matter eventually but not any time soon.
5. If P/Es do matter:
The 1Q21 deliveries will be interesting to follow:

It will be interesting to see the head-to-head deliveries, Tesla vs Ford. I think that's a ridiculous metric to follow but that's what the analysts will follow.
Posted by Bruce Oksol at 2:00 PM No comments: