Case (not a permit):
Graphics:

Case study: The Diamond Princess coronavirus event is being closely monitored and studied by the public health community. Talk about a rare chance to study a "controlled population." Except that children (and younger people in general) would be under-represented in this population it will still provide a wealth of information about the virus. Basic facts:
We'll also get to see the "incubation period" and how long an outbreak can last:
The ship remains under quarantine as of February 29, 2020; anchored off Yokohama, Japan. The exact date of quarantine was not stated, but one can probably consider February 4, 2020, as the most likely date.


The Shincheonji religious group in Daegu, attended by the 31st case (a possible "super spreader"), has been shut down after about 10 members tested positive for the virus. About 1,000 members attended worship at the church.

Case studies for the future:
"Super spreaders": imagine the number of super spreaders in this group of 30,000 refugees that Turkey will let stream into the EU this weekend.  No matter how much money public health agencies have, it won't be enough if countries like Turkey are this irresponsible.

The official daily figures for February 28, 2020, should be posted within the next few hours. It looks similar to yesterday with the exception of two new deaths from the Diamond Princess, the cruise ship. It appears that China is running about 50 new deaths/day. Outside of China, the countries with the most new deaths were Iran (8), Italy (4), South Korea (3).

It appears the following countries reported their first cases:
The United States reported three new cases bringing the total to 63 cases overall; no coronavirus-related deaths (yet) -- but that's inevitable. Especially now that Mexico has their first cases, and the courts are not supporting the president's policies to protect the southern border.

If Mexico were to lose control of the public health crisis, one can assume Mexicans attempting to leave the country would head north, not south to Guatemala.


More than 100 kids have died of the flu so far this season.

Flu deaths up in the new year: CDCFlu deaths are up more than 65% so far in 2020, with the Centers for Disease Control and Prevention reporting that 4,800 people had died and 87,000 people had been hospitalized.


The overall cumulative hospitalization rate was 52.7 per 100,000 population which is similar to what has been seen during recent previous influenza seasons at this time of year.

Rates in school aged children and young adults are higher than at this time in recent seasons, and rates among children 0-4 years old are now the highest CDC has on record at this point in the season, surpassing rates reported during the second wave of the 2009 H1N1 pandemic.

Note that despite the rates for children being higher than the 2009 H1N1 pandemic there have been no calls to close day care centers, schools, or athletic events, to the best of my knowledge.


The highest rate of hospitalization is among adults aged ≥ 65, followed by children aged 0-4 years and adults aged 50-64 years.

Holy Mackerel! -- Pocahontas Down Eight Points In Her Home State; Did Bloomberg Erode Her Support? -- February 28, 2020

Sent to me by a reader; huge thank you.

I assume she is down for three reasons:
Previous polls: Sanders and Pocahontas statistically tied.

Most recent poll: Sanders by eight points over Pocahontas.

Sanders stayed about the same.

Who picked up those nine points? Bloomberg picked up four points.

Support of Pocahontas is blowin' in the wind.

Bloomberg making inroads but trivial, irrelevant. Unlikely to come out of MA with any delegates. 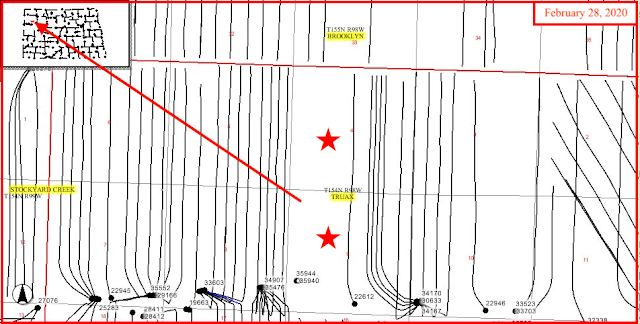 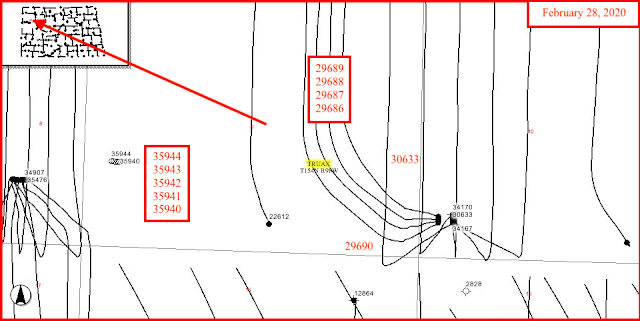 Wells in this drilling unit:

It will be interesting to watch the “loyal opposition “ oppose this: 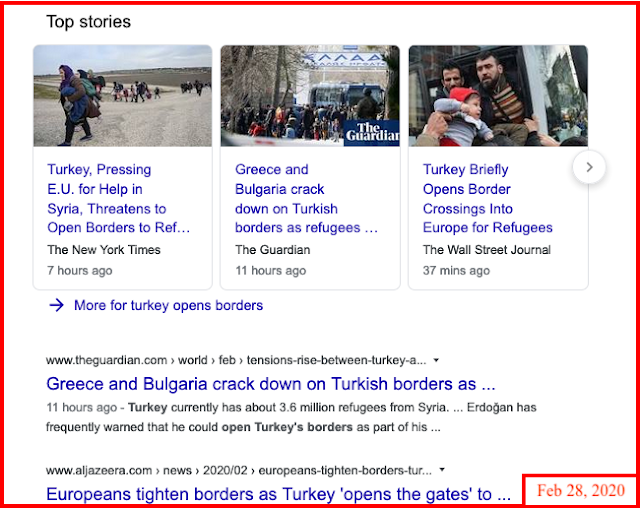 Same day, here in the US: Ninth Circuit Court rules against Trump on southern border protection: 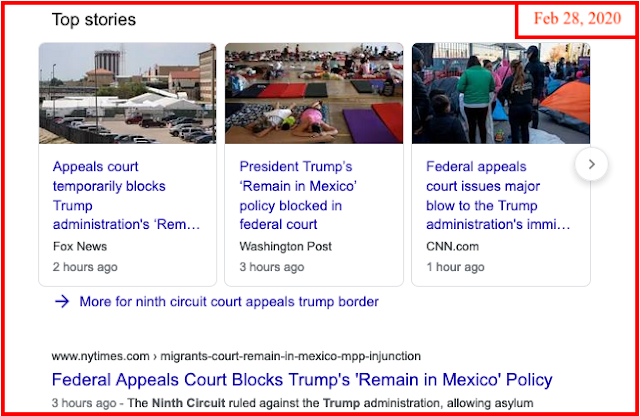 A Closer Look At The Oasis Kellogg Federal Well That Came Off Confidential Today -- February 28, 2020

Neighboring wells (both have been added to the index of "wells of interest"):

Sophia checking work and helping the others. 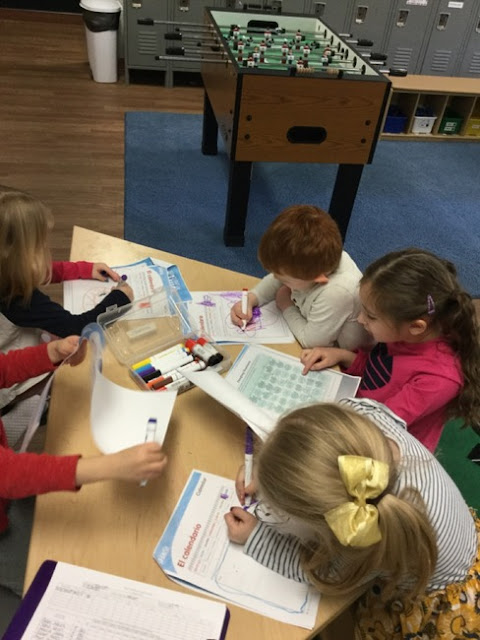 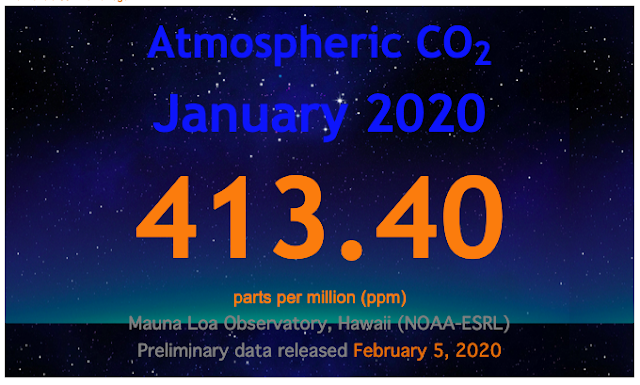 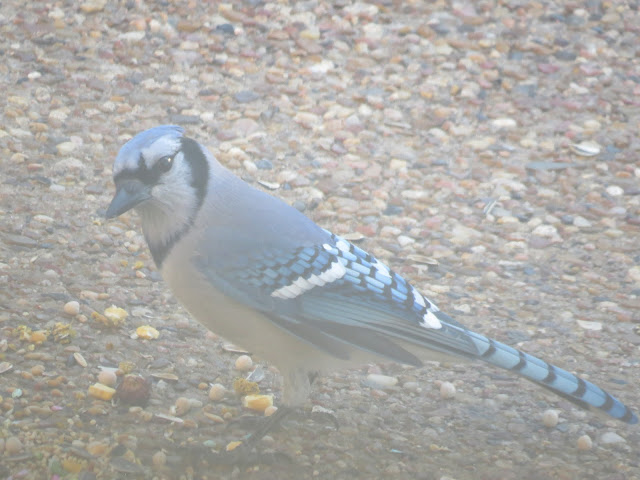 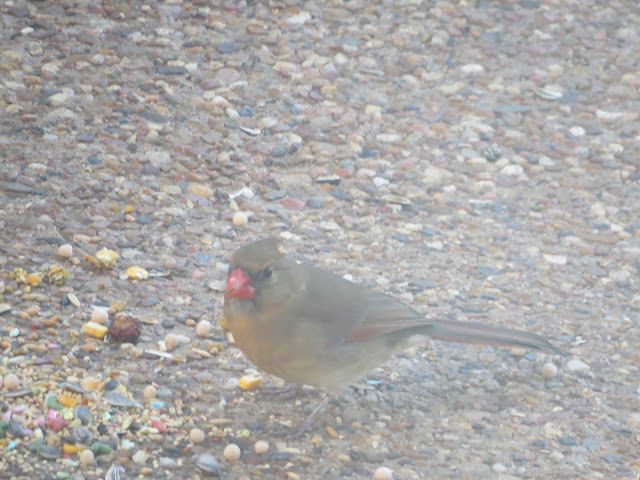 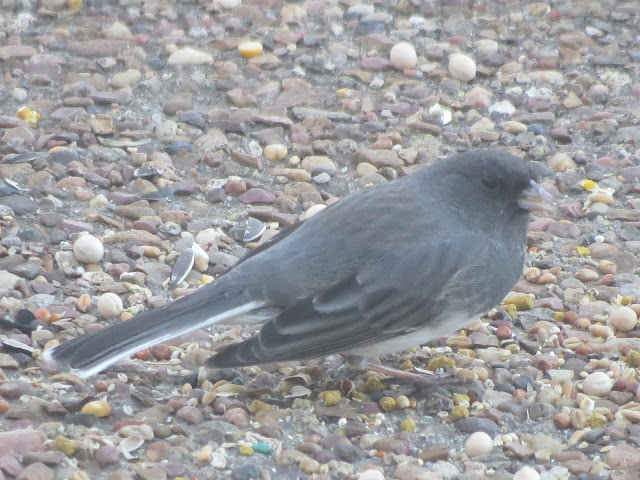 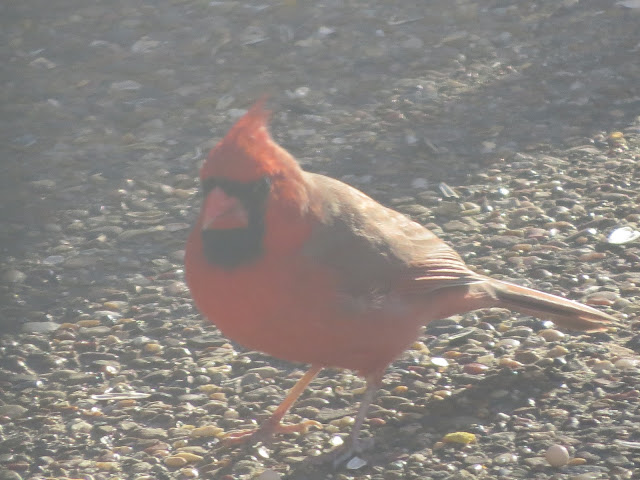 Alpine low? Wow, remember all that excitement about Alpine High. Turns out to be a bust. Apache ditches Alpine High after $3 billion writedown. Wow.


Apache Corp. is officially calling it quits on a highly publicized but disappointing shale discovery in West Texas after vehemently defending the play’s prospects for about three years.

The Houston-based company posted a roughly $3 billion writedown on its Alpine High project, a find from 2016 that fizzled when it turned out to hold more natural gas than oil.

Apache will instead focus on offshore riches in Suriname, where the explorer recently struck crude and enlisted French oil titan Total SA as a partner.

Comment: I've been saying the same thing for years that the Permian is producing too much natural gas. Look at the EIA dashboards:

The lower production in Q4 2019 versus Q4 2018 was the result of natural decline of production at some mature fields, Pemex said, noting that the decline rate slowed down thanks to production from newer oilfields.


The Bakken was among the first plays to benefit big-time from the Shale Revolution, experiencing a 400%-plus increase in crude production in the first half of the 2010s. The play has had more than its share of challenges, however, including a serious lack of takeaway capacity that spurred the first rapid deployment of modern-day crude-by-rail, followed by a rig-count collapse and major production decline after the mid-decade crash in oil prices. But the Bakken has been roaring back. Crude output there now tops 1.5 MMb/d — some 250 Mb/d higher than its late-2014 peak — and producers have been planning for continued production growth in 2020, though many may be reassessing those plans in light of this week’s coronavirus-related price slide. In any case, production growth is only possible if there’s sufficient gathering infrastructure in place to handle it. Today, we continue our series on crude-related infrastructure in western North Dakota with a look at a leading Bakken midstreamer’s assets.

Over the past four years, Bakken producers have significantly reduced their drilling-and-completion costs and increased their productivity and per-well production. Just as important, their chronic shortfall of pipeline takeaway capacity ended in mid-2017 with the start-up of the Dakota Access Pipeline (DAPL) to Patoka, IL, whose initial capacity of 470 Mb/d has since been expanded to 570 Mb/d. DAPL significantly reduced Bakken shippers’ reliance on crude-by-rail — though substantial volumes are still railed to refineries on the West Coast — and slashed the cost of delivering most of the play’s light crude to Midwest and Gulf Coast markets. We also pointed out that DAPL has been filling up and its co-owners are considering a possible expansion; that a joint venture of Phillips 66 and Bridger Pipeline is developing the new Liberty Pipeline from the Bakken to the crude oil hub in Cushing, OK; and that a number of new gas processing plants are coming online in western North Dakota to handle all the increasing volumes of associated gas produced by the play’s crude-focused wells.

All that sets the stage for continued production growth in the Bakken in 2020 — again, assuming crude oil prices don’t collapse — and the need for new and expanded crude gathering pipelines and related infrastructure. A case in point is Hess Midstream, which owns and operates a large crude gathering network that connects Hess Corp. and third-party wells in the core of Bakken production to two crude oil terminals, a crude header system and a big crude-by-rail facility. (We’ll discuss each of these in a moment.) Owned primarily by Hess Corp. — a leading Bakken producer — and Global Infrastructure Partners, Hess Midstream also has gas gathering pipelines, gas processing plants and produced-water gathering pipelines in the Bakken.