Blizzard warning for southwestern North Dakota (dynamic link). Wind farms will be off-line during the blizzard. It's fortunate that we have solar farms backing up wind farms. LOL.


More bad weather is forecast in southern North Dakota where opponents of the Dakota Access oil pipeline are camping out for the winter.

National Weather Service meteorologist Greg Gust says the blizzard warning for Sioux County runs through Monday. He says about 8 to 12 inches of snow is expected with 30 to 45 mph winds kicking in later in the weekend.

Lots of great graphics; well worth the read.

Because I am spending Christmas Eve alone tonight, I am watching Christmas Eve service at St Peter's, Pope Francis. I think it may be the first time I have ever watched this particular service.

I cannot believe how big the basilica is; it's incredible. I was in some big cathedrals in England, and we saw the cathedral in Cologne (Koln), Germany, on many occasions, but the basilica in the Vatican is amazingly big.
Posted by Bruce Oksol at 10:15 PM No comments:

I'll assume folks are up to speed on the Trump nuclear tweet, and Putin's restrained response.

The graphic in WSJ article explains a lot: 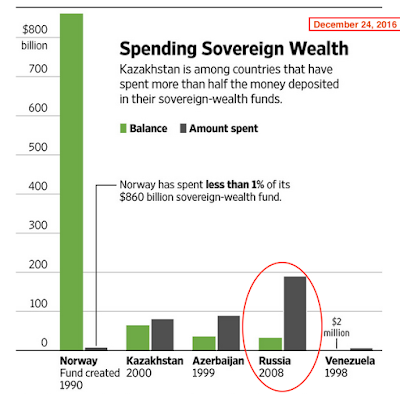 
Leaders of petrostates from Kazakhstan to Azerbaijan, Russia and Venezuela have spent billions of dollars from sovereign-wealth funds as the relatively low price of oil has pressured government budgets. Spending the money deposited in these funds—rather than just the investment income they generate—is threatening the funds’ long-term viability.

Russia, the world’s biggest oil producer, has spent about $195 billion from its Reserve Fund since it was created in 2008, leaving $31.3 billion in it as of Dec. 1, according to the government. Russia also has savings in its National Wealth Fund. It has spent about $1 billion of this fund since 2008, leaving it with $71.3 billion as of Dec. 1, according to the government. A Russian government spokesman declined to comment.

And the arms race has not even begun.


Middle Eastern nations are also under pressure to tap savings. The Saudi Arabian Monetary Authority, the nation’s central bank, said its reserves fell more than 25% to $543 billion in the two years through the end of October. Spokesmen for the Saudi and Venezuelan governments didn’t respond to requests for comment.

Many, many comments could be made.

There are two articles in the current issue of the Smithsonian that caught my interest. It appears these two articles have not yet been posted on the net (December 25, 2016).

First, the article on the Chinese architect Lian Sicheng and his brilliant poet wife, Lin Huiyin. They are being compared to Diego Rivera and Frida Kahlo in Mexico.

Born into aristocracy, progressive families in China; came of age in the 1920s. Educated in the West (University of Pennsylvania and other Ivy League schools. Returned to China in the 1930s to save in photographs almost 2,000 exquisitely carved temples, pagodas and monasteries which were subsequently destroyed in war with Japan. They worked in Shanxi province, "west of the mountains." Shanxi would be "Ohio" on a US map overlaid on China. Ohio, too, was "west of the mountains."

"The Lovers of Shanxi," Tony Perrottet.

Second, the article on another archaeological find in Greece tying together the Mycenaeans and the Minoans. It's a nice complement to Helen Of Troy: The Story Behind the Most Beautiful Woman in the World, Bettany Hughes, c. 2005.

"The Golden Warrior," Jo Marchant.
Posted by Bruce Oksol at 9:04 PM No comments:

Platts: Will India Become The New Engine Of Growth In Asia? Five Commodity Themes For 2017-- December 24, 2016

Funny how things work out.

A couple of hours ago Don sent me a link regarding a story on India which resulted in updating some old posts and posting a new post. For the moment, India seemed to be the theme for the day. Before signing off for awhile, I checked if there were any new tweets. So incredible: Platts tweeted this about two hours ago, "Will India become the new engine for Asian demand growth?" And then a link to their video snapshot titled "five commodity themes to watch closely in 2017." Here they are:
India vs China crude oil demand growth: 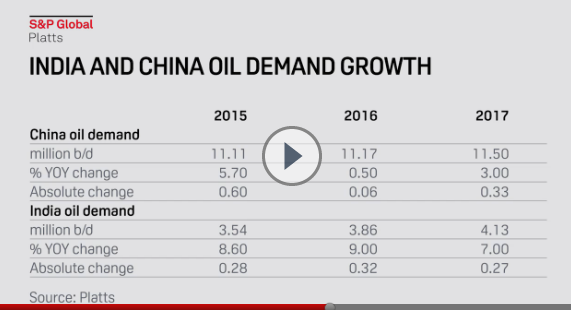 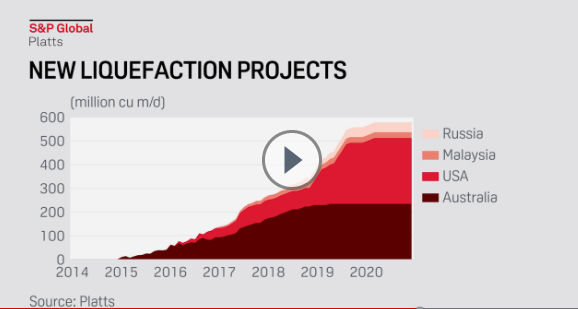 Bakken boom extends to Minnesota.
Posted by Bruce Oksol at 10:48 AM No comments:

A Screenshot Of Slawson Activity In Big Bend, Along The River, Southwest Corner Of Mountrail County -- December 24, 2016 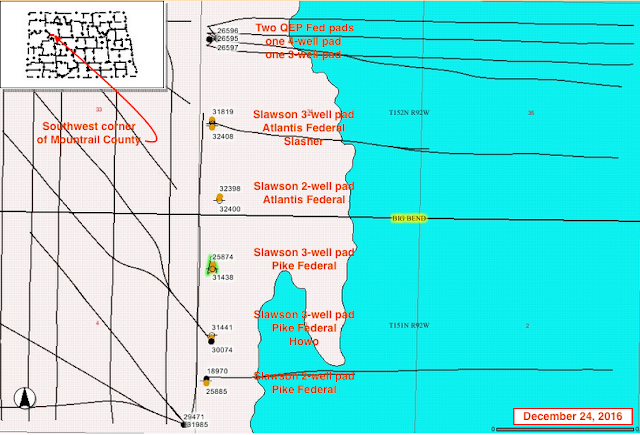 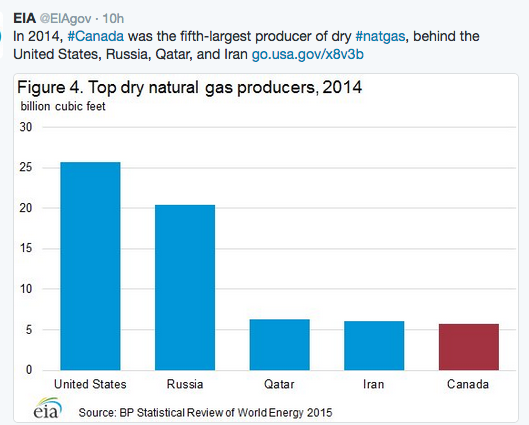 Fourth dot, an observation: US begins exports of shale gas to oil-rich UAE and Kuwait (previously posted at the blog).

As long as we have come this far in the blog, we might as well go one step further. The EIA recently pointed out that Canada was the fifth-largest producer of dry natural gas (I have no idea why that deserved a special tweet, but I'm glad it did).

The US now has a president that is pro-growth, and a global-warming skeptic.

Canada, meanwhile, has another Obama in office: anti-growth and a strong believer in global-warming.

One wonders how George Soros will be playing the US-Canadian currency market? It seems to be an open-book test.

This feature has been around "forever," but it has only been in the last couple of weeks have I discovered how incredibly useful it is. But, regardless of the usefulness, I am blown away by the fact that "it works."

Sophia, our 2.5-y/o granddaughter taught the various swipes to me. I did not know how she was effortlessly getting from one screen to another.

The single-finger use simply moves the arrow-icon from one point to another point on the page.

The two-finger sweep moves the entire page around, which is very, very useful when the content of the page extends beyond the borders of the browser.

One doesn't really need these additional two-finger and three-finger swipes all that much, but when called for, they are really nice to have. In fact, without them, I'm not sure how else one can accomplish the same thing in a different way.

Until recently, I did not know how Sophia, 2 1/2 years old was navigating through all my files.

Speaking of which, Sophia has, more than once, re-set the "settings" on her grandmother's smart phone to the point that my wife is unable to use her Apple phone. She has to have our 10-year-old Olivia get back "into" the phone and re-set everything back to default or back to how May had her phone working in the first place.
Posted by Bruce Oksol at 8:39 AM No comments:

From a reader, no source provided: 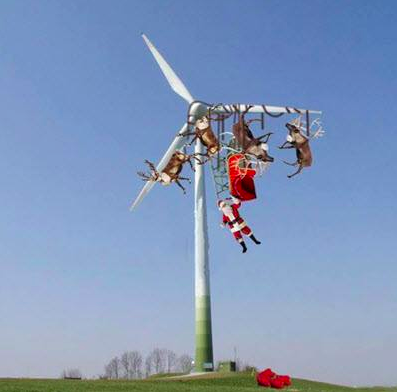 From twitter: I'm agnostic on this one. I guess it depends on where you are from. 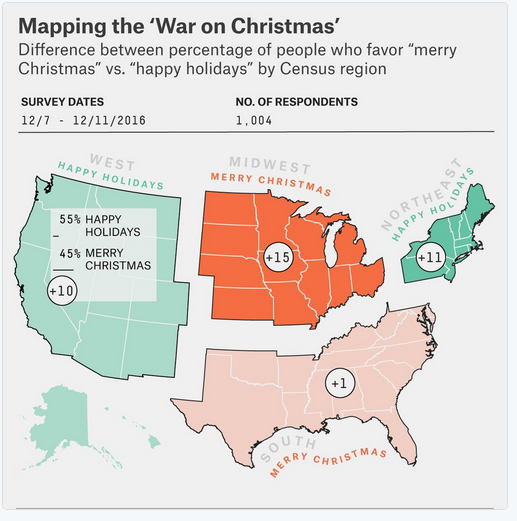 My values and roots are in the midwest. Some of my most memorable memories are of the northeast. My coming-of-age years were spent in the west. We retired in the south. Although I hate to use that word, "retired." I am as busy as ever. Just not getting paid for it in dollars. Getting paid in love and kisses from the granddaughters.

Bullet train: LA Times has an update on the hunt for dollars to build the $64-billion bullet train. If not a subscriber, google works fine. How much interest in this story? There were three comments.

Saudi Aramco IPO: the initial IPO, it is said, could be significantly less than 55 of the company, probably sometime in 2018. Now it is being reported that the Saudi Arabia government plans to sell 49% of Aramco over the next 10 years. Via twitter.

Backstabbing. Trump talks Egypt into pulling its resolution condemning Israel building new settlements in Palestinian occupied territory. New Zealand, Malaysia, Senegal, and Venezuela introduce the resolution. Trump: with regard to the UN, "after I'm president, things will be different."

A few months ago I stumbled across The Edge of The World: A Cultural History of the North Sea and the Transformation of Europe, Michaael Pye, c. 2015. It fits nicely with a couple of other books on the Icelandic sagas and the history of the Lewis chessmen, which I have also been reading. When I first began reading The Edge of The World I was thrown off a bit by the introduction. The story begins in Domburg, the Dutch beach. Despite all our time in Europe and all my reading, I don't recall Domburg. I was "confused." I did not know how I missed that. But it was what it was and I moved on.

Today, of all things, I'm reading an essay on a art, "A Starry Christmas" by E. A. Carmean in the weekend edition of the Wall Street Journal. This particular essay was on a subject with which I had absolutely no interest, but I've said, I will read almost anything if it's good writing, so I slogged through to the end. And I was rewarded.

About halfway through the article,


The younger [Piet] Mondrian was influenced by the Post-Impressionist works of Georges Seurat and of fellow-countryman Vincent van Gogh, the latter receiving a posthumous exhibition in Amsterdam in 1905. Mondrian's subjects include landscape trees, as well as ocean dunes painted at Domburg on the North Dutch coast.

Mondrian's second wave of modernism came when he was living in Paris between 1912 and 1914....

World War I confined Mondrian to Holland, and he returned to the Domburg shoreline. There, taking a cue from the Pointillist color "dots" of Seurat's own coastal pictures, Mondrian used short horizontal, vertical and crossing bars to create seascapes of a pier and the ocean, and soon, a starry sky above.

Had I not read The Edge of the World, I would have completely missed the Domburg connection in Carmean's essay.
Posted by Bruce Oksol at 7:43 AM No comments: