Some of this is from Chesto over at The Boston Globe:

EVs
Apple issues rare earnings warning: The iPhone maker says revenue will fall short of expectations, in part because of an economic slowdown in China.
Posted by Bruce Oksol at 8:10 PM No comments:

Disclaimer: pretty much complete; I might become back and update.

Disclaimer: there will be typographical and factual errors.

Disclaimer: this was done quickly and not quadruple proofread.

Disclaimer: this will not agree with NDIC data, but it will be close. If this is important to you, go to the source. 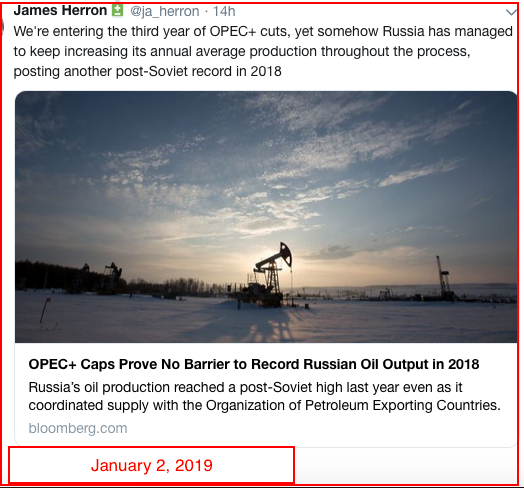 What was it that Shakespeare wrote? Something smells rotten in Denmark. Something to that effect.
Posted by Bruce Oksol at 5:02 PM No comments:

Fracking has a problem -- WSJ -- link here. It's the "Red Queen" argument all over again. Among many other arguments. Additional comments here.

By the way, this is why this blog is not an investment site. Do not make any investment, financial, job, travel, or relationship decision based on anything you read here or think you may have read here.

The gist of the article: operators over-estimated their projections when talking to investors. Shocking! Shocking, I say! 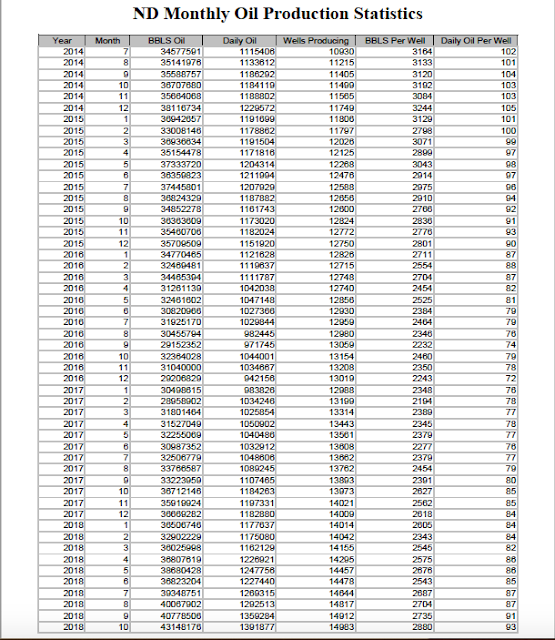 The entire North Dakota oil history. Oil was discovered in North Dakota in 1951. Data is available for every month, but I simply took the highest production month for any given year. Production routinely dropped below 30 bbls/well/day in the mid-1990s.

Market should soar! New congress -- budget rules are "out the windows." At least that is what is now being reported.

Uber for retirees: from cinemablend. I was waiting to see how this movie would "do" at the box office. We enjoyed it. It's all about how an old person like myself, who loves cross-country road trips and has no criminal record, can make a gazillion dollars for one's friends and family by transporting illegal contraband, specifically cocaine, across the country. When finally caught, the "mule" can live out his days in a low-security prison with no cares or responsibilities with free medical care for the rest of his life, and thus no burden on his family. Based on a true story. It completely changed my attitude on drugs and open borders.

Sapiens: A Brief History of Humankind, Yuval Noah Harari, c. 2015. First published in Hebrew in Israel in 2011. A New York Times bestseller. Recommended by everyone, including Bill Gates and Barack Obama. Author: a PhD in history from the University of Oxford.

A few weeks ago our oldest granddaughter was telling me how one of her teachers was talking about the "agricultural revolution" as a fantasy and that, in fact, the "agricultural revolution" left humankind more worse-off than what they had as foragers and hunter-gatherers. I thought the instructor was an idiot, but I didn't say anything negative. I continued to listen to Arianna's theses and arguments.

And then here it, almost verbatim, from Sapiens by Harari, pp. 78+, exactly what Arianna was saying. I am not convinced. But I am thrilled that this suggests to me that her instructor is well-read, and, in fact, has probably read this book and this is where he/she is getting some of his/her ideas.

It also means this is a great resource book for Arianna for this particular class and this particular author. Despite the fact that the book is pathetic; a bunch of crap. This is the author's theme, found on page 415 in the afterword:


Unfortunately, the Sapiens regime on earth has so far produced little that we can be proud of. We have mastered our surroundings, increased food production, built cities, established empires and created far-flung trade networks. But did we decrease the amount of suffering in the world? Time and again, massive increases in human power did not necessarily improve the well-being of individual Sapiens, and usually caused immense misery to other animals.

It's a great resource book as long as Arianna is capable of critical thinking.

Again, from the author: Unfortunately, the Sapiens regime on earth has so far produced little that we can be proud of.

I had my wife read that passage; she agreed. I must be missing something.

Let's see:
This shows me the lack of critical analysis by Barack Obama and Bill Gates and others who recommended this book. Of if I'm missing something, why they would recommend this?  I guess if you are an elitist ...

... by the way, I wonder whether the author would say the #1 cause of death worldwide is one of the good or bad things related to Sapiens?
Oil Power and War: A Dark History, Mattheiu Auzanneau, c. 2015, translated from the French. The jacket says it is "the new definitive work on oil and its historic significance, supplanting even Daniel Yergin's renowned The Prize." It is clearly written by an individual that is anti-fossil fuel; anti-Big Oil; and, a peak oil theorist.

I was quite curious to see what he had written on the shale revolution. It's a very, very good section and was very interesting to read. But he is completely wrong on tight oil/unconventional oil/shale oil. From pp. 522+:


The economic viability of fracturing, or fracking, tight hydrocarbons, like its ecological impact, is the source of much debate.

By its nature, fracking often calls for much more drilling that conventional oil or gas to obtain an equivalent production in the long run. It only releases hydrocarbons through restrained passageways. Tight oil and gas production usually collapses after a few months (or a couple of years in the best cases) and the well becomes a "stripper," a marginal well that isn't very productive.

To provide a high extraction level, it is therefore necessary to continuously drill new wells. Many experts critical of fracking see this as a fatal economic vulnerability. But the production of gas and oil from tight resources has not stopped escalating, advancing in great strides toward, and exceeding peaks that have been considered irreversible since the 1970s. Perhaps the oil industry is simply in the process of losing its exceptional status, of becoming a normal industry, clamoring, like the coal mines, for a constant investment flow in order to maintain production, whereas drilling conventional oil guaranteed a fortune for many years.

Readers of the blog, and those following the Bakken closely, are seeing something completely different. Oil companies are drilling way fewer wells in the Bakken than eleven years ago but are setting higher production records every year. In one respect the author is correct: perhaps the oil industry is simply in the process of losing its exceptional status, of becoming a normal industry ... that's exactly where the Bakken is now -- as predicted by Rolfstad many years ago -- that the Bakken is now in its manufacturing phase, and like an automobile company needs continued cash flow to build automobiles. What's so unusual about that?

If you hate Big Oil; if you are a fan of Peak Oil -- a theory that is obviously no longer viable; if you believe that solar and wind energy is free, and can completely supplant fossil fuel, this is the book for you.
Posted by Bruce Oksol at 2:17 PM 9 comments:

Great example of a nonsense article: Arab energy firms set to boost borrowing after prices crashed. If the link breaks, you aren't missing a thing.

Global warming? Global revolt -- The Daily Caller.
EVs: they must be reading the blog. The WSJ editorial staff feels the same way I do about EV subsidies -- a nice transfer of wealth from the poor to the rich.

New Mexico: more snow than "ever" according to some of the locals. Okay, I exaggerate. Most snow in four years. We did not see the Kennedy clan in Angel Fire; they were most likely in Jackson Hole or Vail. 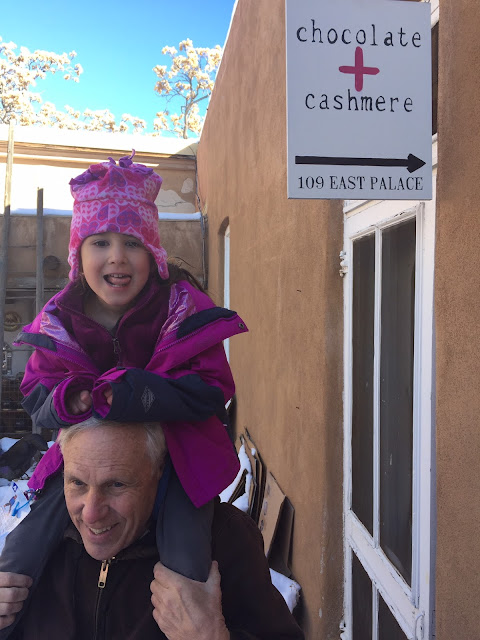 Natural gas: a reader provided a nice analysis of the US natural gas situation following last week's natural gas withdrawal report. It was a bit too long for the blog, but I think I was able to provide the important data points. Bottom line: as long as the northeast has a "moderately warm" winter, everything will be fine. See data points and update here.

Disconnect: what network and local evening news report and what I see in my daily life.

Disconnect: what I see on social media and what I enjoy in my daily life.

Great to be back home after two weeks of traveling. Two different movies -- at one of several resorts where we stayed during the two-week vacation, I thought the service was lousy; my wife thought it was the best she had ever seen. I never told her my thoughts. It was simply two different movies we were watching. Same with everything else, it seems.

Hockey: if you like great human-interest stories and/or hockey, great article in The Grand Forks Herald. Sent to me by a reader.

Bowl games: I was traveling January 1, 2019, so I did not see any of the college bowl games but looking at the scores, it looks like I didn't miss anything. Exciting? Hardly, The semi-final championship series were blowouts. The other bowl games, pretty much unidentifiable teams. Gasparilla Bowl?
Books: a half-dozen more books to read that I picked up over the Christmas break. Right now: 109 East Palace: Robert Oppenheimer and the Secret City of Los Alamos, Jennet Conant, c. 2005. Jennet Conant is the granddaughter of James B. Conant, the administrator of "Los Alamos" during the Manhattan Project. She is a former journalist who has written profiles for Vanity Fair, Esquire, GQ, Newsweek, and The New York Times.

Regrets: the mot common word I saw used when folks connected with the Manhattan Project reminisced on that period --

Nuked: Bill Gates says it's unlikely he will be unable to combat global warming due to US regulations enacted well before President Trump became president.

Well said: My interpretation of [any] article [on global warming]: Scientists have no reliable temperature data history and thus there is no way to know whether or not the planet is warming.-- Scott Adams

Cheap: unleaded, regular gasoline -- down to $1.74/gallon in much of north Texas. Diesel was trending as much as $1.00/gallon more than gasoline across New Mexico, Texas.

Distant vision: US EV adoption. Talk about EVs all you want; ain't gonna happen in my investing lifetime. Same with sending people to Mars. 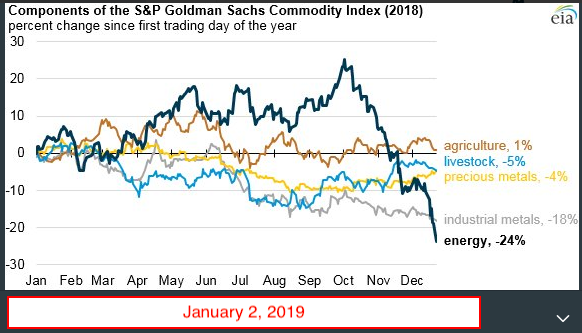 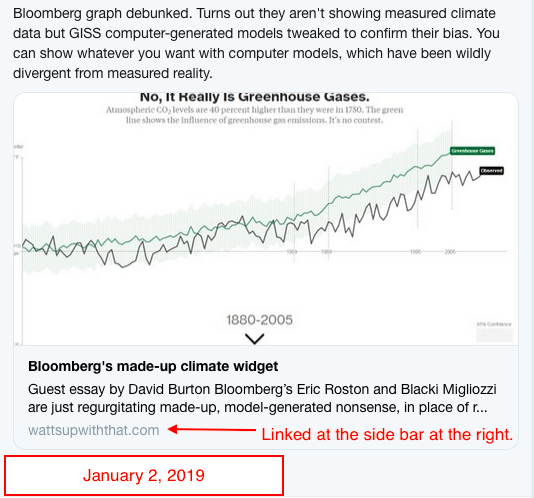 We had a great two weeks or so skiing and exploring northeastern New Mexico. Incredible.

If you find Colorado too expensive, and/or Europe too far away for skiing -- head for the "Enchanted Circle," New Mexico, if you have children learning to ski. The green and blue slopes are perfect. The black slopes will challenge the best skiers. At Angel Fire? The Lodge. 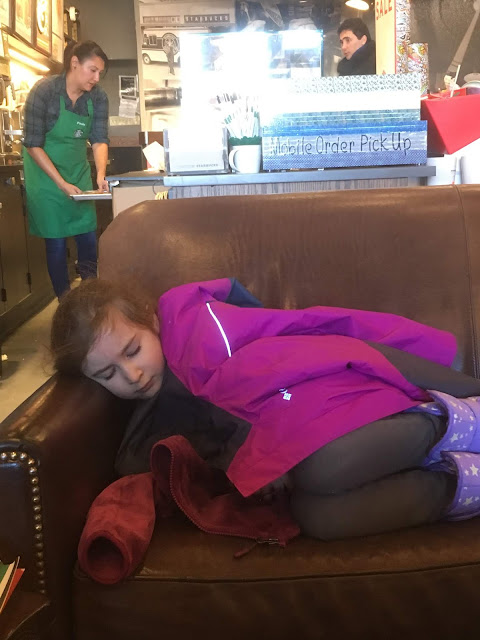 Disclaimer: this was done quickly. There will be factual and typographical errors. If this information is important to you, go to the source. My data will differ from the official NDIC data for various reasons, but it will be fairly close to what the NDIC is reporting.

Number of wells coming off confidential list by quarter:


This is what the Bakken looks like to me right now (end of 2018), some data points:
The blog: 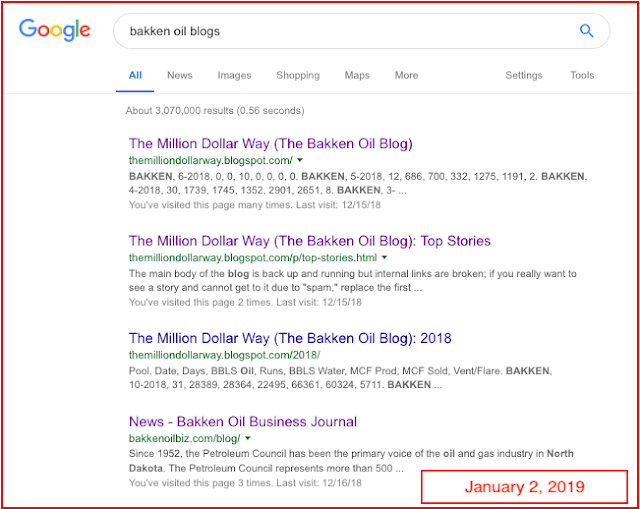 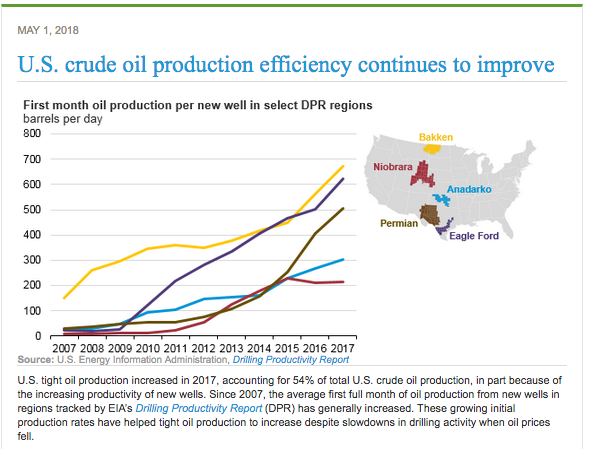