Note: to put this article in perspective, some background posts --

Saudi Aramco’s request for bids from local and international companies to build out a water desalination plant project in the Jafurah shale gas field brings back into focus the Kingdom’s claims to be at the forefront of the global energy transition towards cleaner energy through the reduction of carbon emissions.

As with many of its biggest claims regarding its oil industry – analyzed most recently here – this claim regarding its drive towards cleaner energy is also extremely misleading, and would also appear to align with the country’s alleged attempts to lobby the UN to play down the need to move rapidly away from fossil fuels.

Saudi Arabia announced with much fanfare early in 2020 that it is to spend at least US$110 billion on the Jafurah gas project, with the intention being that it would become the world’s third-largest gas producer by 2030, after the U.S., and Russia, and a net exporter of gas by that time.

As even Aramco has noticed that Saudi Arabia does not have abundant freshwater supplies - its chief executive officer, Amin Nasser, keenly observed early on that ‘we are not rich with water’ – the company will use seawater instead for the fracking process, hence the new contracts for a desalination plant.

According to the Saudis, the Jafurah field has an estimated 200 trillion cubic feet of gas (TcF), a figure that should be taken in the context of all other Saudi energy reserves estimates but let us pretend for the purposes of debate that it is true. In the meantime, Aramco has natural gas reserves supposedly of 319.5 trillion cubic feet (TcF), according to figures released in 2019. This number had bewilderingly increased from the previous 302.3 TcF just a year before and even more bewilderingly just a couple of years before it had been 233.8 TcF.......

This DUC was reported as completed today, pretty nice, eh?

Monday night football: should be a good one -- New Orleans Saints at Seattle Seahawks.

"The chips here aren't only able to outclass any competitor laptop design, but also competes against the best desktop systems out there, you'd have to bring out server-class hardware to get ahead of the M1 Max – it's just generally absurd."

The site was expecting significant boosts in performance, but "didn't expect some of the monstrous increases that the new chips are able to achieve." The chips outclass any competing laptop design, and also rival the best desktop systems available.

Tesla: hits $1 trillion valuation. That 100,000-vehicle deal with Hertz is ... staggering. Eighteen years to hit $1 trillion. Simply incredible. That is a record for how fast a company hit $1 trillion market value. Amazon took 21 years; Apple took 42 years. Another winner? Cathy Wood and ARKK. It's amazing how many "pros" lost money on this stock (TSLA) due to emotion. Why is TSLA here, at this price?

Note: this is well beyond what I know or understand. It is simply random, and idle, rambling. The content is accurate to some extent, see links, but much of it is personal opinion. If this is important to you, go to the source.

It's important to remember the new "US crude oil contract" introduced this past summer.

Right now there is a lot of press about the empty storage tanks at Cushing. What most of those articles fail to mention is the new Midland WTI American Gulf Coast contract (ICE: HOU) established by Magellan, Enterprise and ICE. Source/Hart Energy. HOU quotes here.

This is way beyond my headlights, but for the sake of discussion one wonders if Magellan and Enterprise are exporting as much oil as they possibly can every day, oil that would otherwise be going to Cushing to be stored.

I don't know. But something is going on and my hunch is that within the year, by mid-2022, we'll start to get a better analysis in the mainstream press of exactly where all the US crude oil is going and where it's stored. If Cushing is as empty as these reports suggest, WTI should be a lot higher than $85. Anyway, there seems we need an explanation why WTI is only $85 when "Cushing" is running on empty.

I could be way wrong on this. Just idle rambling.

Highlights from the 2020 data:

I don't have the data for 2016 - 2020, but folks might remember there was a huge effort to downsize the foreign-born segment of the work force during the Trump administration. To help the American worker. Okay.

Tesla raises prices by about 5% over the weekend. These are $100,000 cars. I would have to see price changes of Porsche, Lamborghini, etc, to put this in perspective. 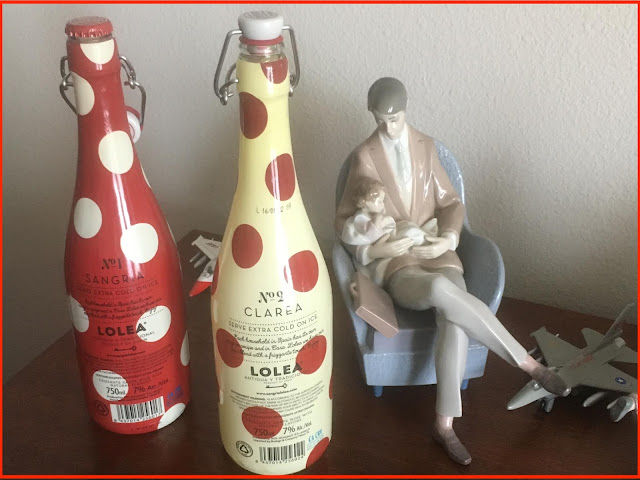 DWAC: whacks the market again. Up another 15%. Trading over $105. Trading temporarily stopped, but back to trading now.

Words for the day:

This site should help.

This is so cool. Igneous rocks: 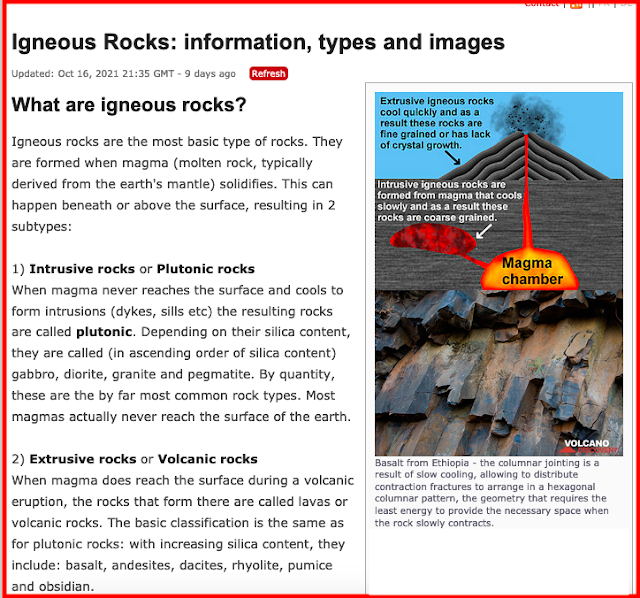 Pluto? a bit of spin?

The earlier name for the god was Hades, which became more common as the name of the underworld itself. In ancient Greek religion and mythology, Pluto represents a more positive concept of the god who presides over the afterlife.

Obviously the origin of the concept of intensely burning hell.

Just in time for Halloween. Scary.

Covid-19: from a couple of days ago, average new Covid cases per capita in Florida are now the lowest of any state in the continental US. Some suggest Florida has no political coercion or mandates. Look at the source for that factoid: The New York Times. Source.

Saved by the SPAC: DWAC could make him rich again. Link to Bloomberg via Yahoo!Finance. At $10 when it first hit the news waves a few days ago, up another 12% in pre-market trading, up about $11; trading at $104.

The sound bite just doesn't work: "It's not a wealth tax, but a tax on unrealized capital gains of exceptional wealthy individuals." Targets 700 of the wealthiest individuals in the US. My hunch: John Kerry is just below the cut line. Warren Buffett will have to re-think his buy-and-hold strategy; re-think capital gains vs dividends. Source.

CBS: in news, both morning and evening, #3 of three. Changes coming? Norah O'Donnell looking vulnerable. Not a pretty picture. Source.

No thanks: Denver airport jobs fair had hoped for 5,000 visitors. Only one hundred showed up.

Coal generated less than 2% of electricity in the U.K. in 2020, according to International Energy Agency data, compared with a fifth in the U.S., a quarter in Germany and almost a third in Japan. Surviving U.K. coal power stations have orders to close by late 2024.

Mr. Johnson has said the drive to cut emissions could rejuvenate the economy, particularly in struggling towns such as Blyth that were Labour Party strongholds until he flipped them Conservative in 2019.

The evidence is mixed. Blyth, just north of Newcastle, is home to a growing number of companies in the renewable and battery industries, but thousands of secure jobs lost when coal mines closed are yet to be replaced. Unemployment here is higher than in the U.K. overall and the town’s main drag is peppered with closed shops and discount stores.

It seems that hardly a week goes by without another announcement on responsibly sourced natural gas. Either in response to rising interest among electricity generators, gas-distribution utilities, and gas-consuming industrials in procuring RSG or as proactive moves to boost their own ESG cred, a number of players in the gas sector — from producers to pipeline companies to LNG exporters — have been working to qualify their natural gas, their long-haul pipes, or their liquefaction plants for RSG status.

A few producers have also been reaching deals to supply independently verified RSG to the market, with the expectation that at least a subset of gas/LNG buyers will be willing to pay the price premium involved. But all this is relatively new, and there’s still a lot that needs to be sorted out on the RSG front. In today’s RBN blog, we continue our series on RSG with a look at recent announcements and the associated challenges when selling RSG.

Yes Sir, I Can Boogie, Baccara
Posted by Bruce Oksol at 6:41 AM No comments: