This is a link is to an "advertisement" but it provides some items that newbies and even folks like me might find interesting.

From FairmountSantrol:
So, that's the "30-second soundbite" or the "elevator speech" regarding northern white sand.

Now, for more about frack sand than you ever thought you would want to known, this is a very, very good paper on frack sand, over at Rock Products:


Highly prized frac sand mined principally in Wisconsin and Minnesota is referred to by the mining industry as “Northern White” sand or “Ottawa” sand.

The main source for the “Brown” or “Brady” sand is the Upper Cambrian Hickory Member of the Riley Formation in central Texas.

Additional secondary frac sand sources include the Middle Ordovician Oil Creek Formation in Oklahoma. Sand deposits that are less suitable as frac sand, such as the Pliocene Bidahochi Formation in Arizona and the modern Loup River sands of Nebraska, are also being used in the proppant industry.

As the demand for frac sand increases, new sources are being sought that may become economic with changes in technology and physical standards, despite their currently lower quality.

Huge thanks to a reader for sending me the link. I would have missed it.

This is the WSJ's weekend interview; a big thank you to Chris for alerting me to it.


Harold Hamm, the Oklahoma-based founder and CEO of Continental Resources, the 14th-largest oil company in America, is a man who thinks big. He came to Washington last month to spread a needed message of economic optimism: With the right set of national energy policies, the United States could be "completely energy independent by the end of the decade. We can be the Saudi Arabia of oil and natural gas in the 21st century."

"President Obama is riding the wrong horse on energy," he adds. We can't come anywhere near the scale of energy production to achieve energy independence by pouring tax dollars into "green energy" sources like wind and solar, he argues. It has to come from oil and gas.

Not only riding the wrong horse, he's riding with the wrong posse.

How much oil in the Bakken?

How much oil does Bakken have? The official estimate of the U.S. Geological Survey a few years ago was between four and five billion barrels. Mr. Hamm disagrees: "No way. We estimate that the entire field, fully developed, in Bakken is 24 billion barrels."

If he's right, that will double America's proven oil reserves.


"Bakken is almost twice as big as the oil reserve in Prudhoe Bay, Alaska," he continues. According to Department of Energy data, North Dakota is on pace to surpass California in oil production in the next few years. Mr. Hamm explains over lunch in Washington, D.C., that the more his company drills, the more oil it finds. Continental Resources has seen its "proved reserves" of oil and natural gas (mostly in North Dakota) skyrocket to 421 million barrels this summer from 118 million barrels in 2006.


When it was Mr. Hamm's turn to talk briefly with President Obama, "I told him of the revolution in the oil and gas industry and how we have the capacity to produce enough oil to enable America to replace OPEC. I wanted to make sure he knew about this."

"[President Obama] turned to me and said,

'Oil and gas will be important for the next few years. But we need to go on to green and alternative energy. [Energy] Secretary [Steven] Chu has assured me that within five years, we can have a battery developed that will make a car with the equivalent of 130 miles per gallon.'"

Mr. Hamm holds his head in his hands and says, "Even if you believed that, why would you want to stop oil and gas development? It was pretty disappointing."

I've tagged this update to look at it again five years from now.
Posted by Bruce Oksol at 4:37 PM No comments:

All that has been settled at the moment is what was announced in Algiers: a goal for OPEC to freeze production between 32.5 million b/d to 33 million b/d, which would require a cut of between 640,000 b/d to 1.14 million b/d from October levels, according to the organization's own estimate. If finalized, it would be OPEC's first coordinated cut since 2008.

"A cut to 33 million b/d probably maintains the status quo -- slowly returning rigs to active status as prices hover in that $50-$55/b range," said Tony Starkey, managing director of analysis for S&P Global Platts Bentek in Denver. "If OPEC cuts to 32.5 million b/d, then we expect prices to reach $60/b next year which should accelerate, to an extent, the already upward trend in drilling activity here in the US."

An incredibly long article with lots of wishin' and hopin'.

By the way, I think the non-OPEC meeting set for Monday was canceled when Saudi Arabia said it would not be attending.


Most of North Dakota's winter wheat crop is in good shape as winter sets in.

The Agriculture Department in its latest weekly crop report says 78 percent of the state's winter wheat is in good to excellent condition. Only 4 percent is rated poor or very poor.

Yes, it's a quiet day in north Texas.

It must have been a slow week for The Wall Street Journal, also. The "Review" section, as always, is excellent, but the lead article is "The Need to Read." The sub-title: reading books remains one of the best ways to engage with the world, become a better person and understand life's questions, big and small."

I'm not sure what the author might mean by "becoming a better person" by reading -- but we will leave that for another day.

This was in bold, a theme, I suppose of the article on reading: "A random sentence in a thriller can lead to an unexpected insight."

This morning, while reading Edmund de Waal's The Hare With Amber Eyes I came across something that led to an unexpected insight. I posted it in draft form, and then deleted it. It was not ready for prime time, and out of context it might not have worked. All I will say is this: something completely unexpected help me understand why some folks have issues with "speculators," something I've talked about many times on the blog.

In today's "Review" section, reviews that caught my eye:
Compared to last week's "Review" the section this week is rather thin but enough to keep me busy this weekend.

The assistant editor is looking through file photos to see what should be posted on the blog: 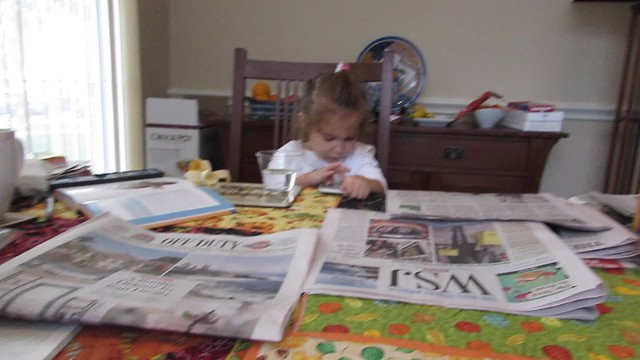