Random Update Of Enerplus' Snake Wells, The Featured Post At The Sidebar -- February 19, 2017

At the sidebar at the right I have something called "Featured Post." I change that link every couple of weeks. For the next few weeks the featured post will concern the "Enerplus snake wells" in Antelope oil field.

Disclaimer: in a long note like this, there will be typographical and factual errors. I often make simple errors of arithmetic. If this information is important to you, go to the source.

There are a couple of things one should note about this area. I will come back to this in a couple of days if I don't forget.

One example of these "snake" wells:
This well produced almost one-half million bbls of oil (610 boe) since 2014, less than three years.

Another example, this well produced almost 400,000 bbls of oil in eighteen months:
Monthly production for #26988:

The area in question: 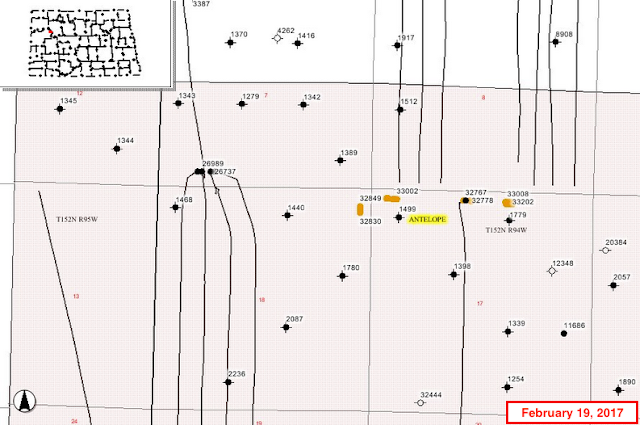 Note: the lone lateral running north-to-south in section 17 in the graphic above:

February 21, 2017: Walmart profits drop almost 20% in 4Q16 despite strong holiday sales. Link here.  Sales rose 1.8% at stores open at least a year, but profits fell almost 20%. So, if  your sales increased, why did one's profits decrease. Let's look at costs:
Apparently the market not upset; WMT was up over 2% today on another huge day for the market. 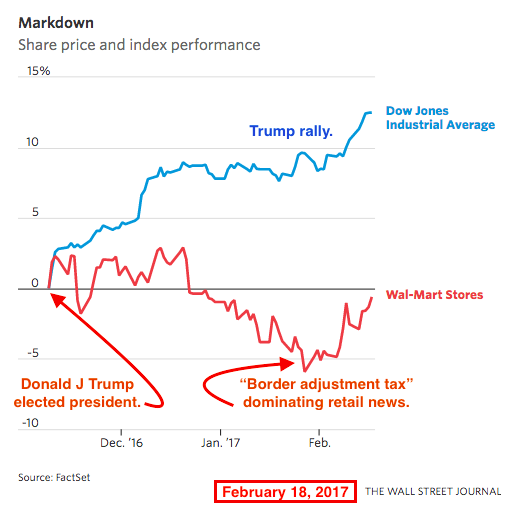 A plan for road improvements in the Williston area calls for as many as 13 roundabouts, mostly in the western and northern parts of the city.

The plan, which was unanimously recommended by both the Williston and Williams County planning and zoning boards Thursday night ...

The transportation plan lists more than 30 projects that may be needed between 2016 and 2030.

In all, the short-term projects add up to nearly 36 miles of road and a cost of more than $350 million. 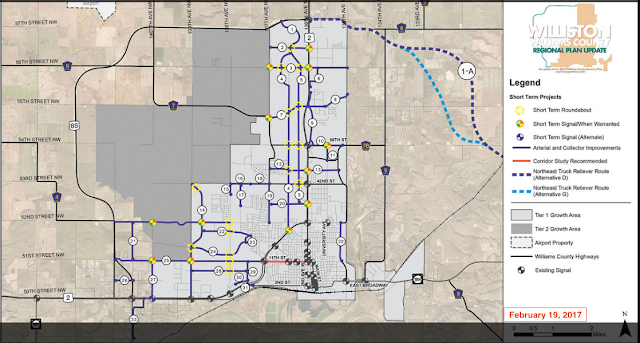 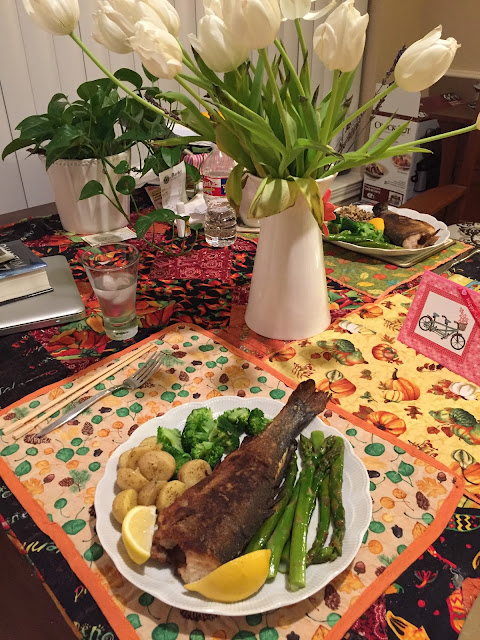 Posted by Bruce Oksol at 2:39 PM No comments:

For an explanation of this table, go back to this post.

Disclaimer: this data in this table has not been quadruple-checked nor certified by outside agencies. In a long spreadsheet and a long note like this, there are bound to be typographical and factual errors. In addition, the data in column 5 of the table below (EURs) was taken from graphs which in some cases were hard to read. The data could be very, very incorrect. If this is important to you, go to the source which is linked above.

A random look at the EURs of recent Whiting wells in the Bakken. In the early days we were talking about EURs of 300,000 and getting excited about EURs of 500,000. Then Mike Filloon started noting EURs of 1.5 million and there was even talk of some wells with EURs of 2 million bbls of oil.

The Art of Beatrix Potter: Sketches, Paintings, and Illustrations by Emily Zach, Steven Heller (Foreword by), Linda Lear (Introduction), Eleanor Taylor (Afterword), c. 2016. I don't find it at Amazon.com. At the big box store, it's priced at $40 (of course, less expensive for members and those with coupons) but through B&N on-line, $26 and free shipping.

Quantum Fuzz: The Strange True Makeup of Everything Around Us, Michael S. Walker, c. 2016.

The Ancestor's Tale: A Pilgrimage to the Dawn of Evolution, Richard Dawkins and Yan Wong, c. 2016.


Boeing Company may have staked its future on carbon-fiber-reinforced polymer (CFRP) technology in developing its model 787 Dreamliner, the most advanced new generation in commercial aircraft ...

Following test performed earlier in relation to military aircraft design, wings and fuselage are no longer made from sheets of aluminum but instead use CFRPs to from a super-strong lightweight component...

... Boeing has been able to improve range and fuel efficiency (by 20 percent) without increasing the size of the aircraft, bucking the historical trend.

The longest-range variant of the 787 can fly over 9,000 miles (from NYC to Hong Kong) without refueling.

As of March, 2016, Boeing had orders for 1,139 aircraft from 62 customers.
But this is a competitive world. Responding to the threat that the Dreamliner posed to its business, Airbus in January, 2015, introduced its A350, an aircraft of comparable capacity that is made of 53% of composite structures, as opposed to Boeing's 50%.

Variants of the two aircraft seat 225 to 350 passengers at a cost per aircraft ranging from $225 million to $356 million.

Now look at all the aircraft flying at any given moment, and imagine that all these aluminum behemoths are now made with 50% less aluminum. No wonder Alcoa split off its smelting and refining businesses. 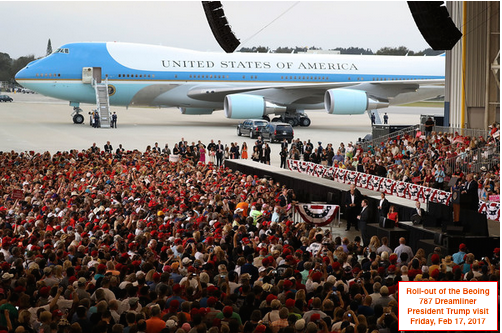 Posted by Bruce Oksol at 1:46 PM No comments:

Nice Bump In Production In Two Whiting Chameleon Wells After Being Shut In For Less Than Two Months -- February 19, 2017

Nice bump in production after being off-line for less than two months:
A update regarding this data is found at this post.

Nice bump in production after being off-line for less than two months:
Monthly Production Data: