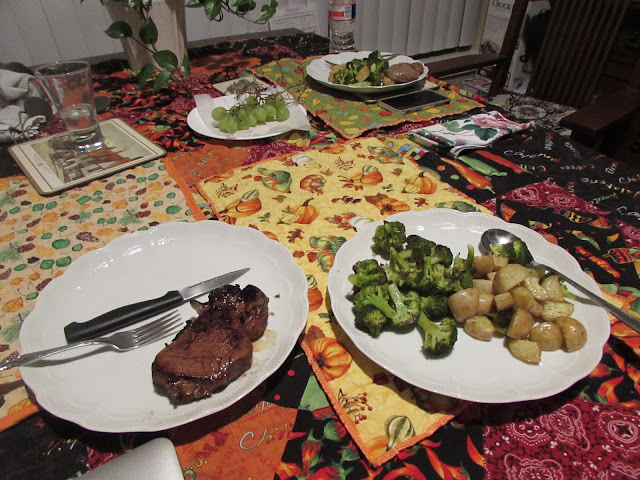 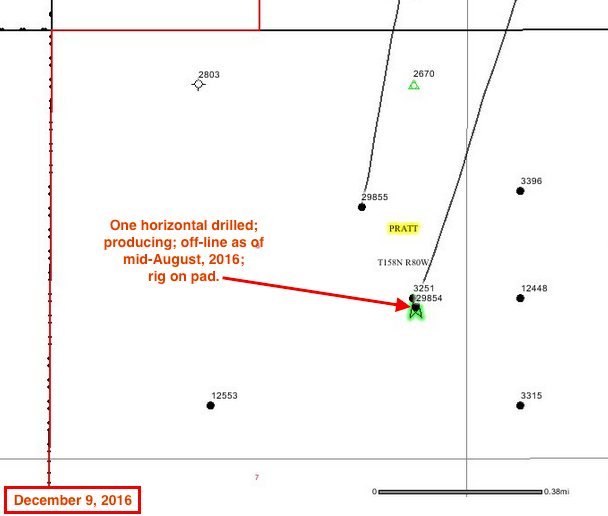 Scout ticket (edited) and production profile for past few months. Note that the well went off-line in mid-August, 2016:

Funny story: I don't know if folks are following the story in which California guardsmen were "overpaid" for their deployments to Afghanistan and/or Iraq. The government was going to go back and collect this money from the guardsmen. After the outcry, the US Senate has now directed that DOD will not claw back this money. My wife reminded me that some years ago while serving overseas, many active duty members (including me) did not get any pay for two months -- our "earnings and leave statement (LES)" actually showed $0 for any pay for two consecutive months.

That included basic pay, and even pay for subsistence (food) and housing. LOL.

I've long forgotten the details, in fact, I had completely forgotten the episode. I've often said that I enjoyed the USAF so much I would have served without pay. And, I guess, for two months I did serve without any pay. Never bothered me a bit. 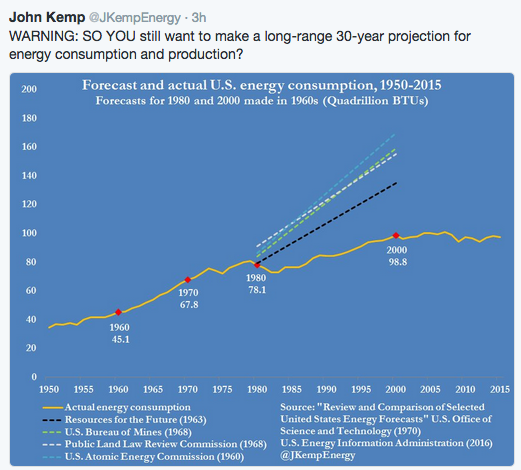 Best news of the day: Congress "punts" energy reform to Trump administration.  Congress did a great job slow-rolling the administration on this one. Which reminds me: where does Obama's pick for the Supreme Court stand? Is that process still moving through the Senate?

Rubes: I debated posting this story. It's becoming a common story -- one we read too often.  I find it amazing that folks look into the details after they spend their money. From Fox News -- a story that we wouldn't see in the NY Times or Washington Post. This small city with a small budget spends big on wind; after the fact they find out they were suckered. Data points:
Winter Storm Caly: I think I mentioned this elsewhere last night -- there is talk of a "polar vortex" next week. If it hits: Caly.


It’s been a tough few years for Canadian oil producers. As they ramped up production in the oil sands, Canadian E&Ps faced pipeline takeaway constraints that drove down the price of Western Canadian Select versus Gulf Coast crudes.

The Keystone XL pipeline would have largely solved things, but when that project was killed by Canada’s U.S. friends and neighbors, oil sands producers had to settle for a series of smaller, more incremental projects that provided only a partial fix.

The devastating Alberta fires of May 2016 reduced production and pretty much eliminated constraints for much of this year. But volumes have recovered, and if oil sands production is to continue growing, more pipelines and new customers will be needed.

Today we consider Canada’s long-running effort to ensure there’s enough capacity to move its crude to market, two major projects that just won the backing of the Canadian government, and what may be next.

Futures: up about 26 points just before the market opens. WTI back over $52 -- that sneaked up on me -- didn't see that coming.

Close: market sets new all-time highs -- I believe this is the 12th all-time high closing since Trump was elected president -- confidence at a 12-year-high; stock market at an all-time high since the election --
NYSE:

Posted by Bruce Oksol at 6:52 AM No comments: