A graphic is worth a thousand tweets, link here. 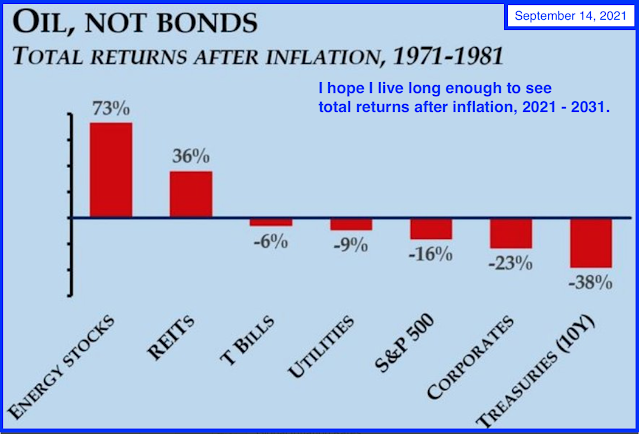 A star is born: the recall effort to remove Governor Newsom from office will backfire. He will become a national celebrity and run for federal office.

Covid-19, from mcm-ct (raise your hand if you accept this):

One wonders to what extent reporting makes a difference.
Cases: The US is testing folks over and over and over (ask the athletes). I doubt the (sub-continent) Indians are testing anywhere near to the degree that we are testing. The same probably holds true for Israel.

An aside: my incredibly healthy adult daughter, a Ph.D. nurse, has been fully vaccinated; was exposed to laboratory-proved Covid in her home (her husband had a relatively severe disease not requiring hospitalization); and, although most of her practice is still on line, she says she will gladly be tested weekly if her employee wants her tested weekly. She will be tested today (again).

Deaths: The US health care sector has great (Medicare) financial incentive to report deaths related to / due to / associated with Covid -- and a lot of those diagnoses were clinically-diagnosed by attending physician and not confirmed by any laboratory test.
We have at least three arenas in which Covid is being followed:
Public schools? I consider public education part of the political arena.

It is obvious that the business community and the entertainment community have moved on.
Of the two (business and entertainment), business is most important. Sports makes my weekends less boring but I learned to live without sports during the plague year.
The concern about delta is a wonderful thing for the economy. It slowed things down from getting out of control (inflation, growth, etc). The bull market will be pulled along an additional year because of delta. I'm not complaining.

Hurricane Nicholas: sources suggest half of Texas without power. Link here. But oil unchanged because Nicholas had minimal effects on GoM crude oil supplies. Colonial Pipeline was shut down for a few hours today due to power outages; back up and running now.

For a long time, China’s energy policy has centered around one primary and pressing goal: to establish energy security. As the biggest importer and second-biggest consumer of oil in the world, China is extremely dependent on international markets to keep the lights on and the gears of industry turning. In 2019, a whopping 72% of all crude oil consumed in China was imported. This is a dynamic that makes Beijing uncomfortable, to say the least, and President Xi Jinping’s administration has been hard at work trying to shore up a greater degree of energy independence.

That’s why it came as such a surprise this week when China made a historic decision to sell off some of the oil it has been stockpiling in a strategic reserve for years now. “The heavy dependence on foreign supply has spurred Beijing to focus on ways it can prevent energy shortages,” CNN Business reported back in April 2020. “In addition to requiring state-owned oil companies to increase production, the country has spent years working to increase the amount of oil it keeps in reserve.” Beijing is secretive about just how much oil they have stockpiled, but the nation had been planning to catch up to the world’s largest backup oil cache -- the United States’ Strategic Petroleum Reserve, which boasts an authorized storage capacity of 714 million barrels.

Amy R Sisk: I wonder if Ms Sisk would ever consider holding the "Bakken Desk" for oilprice.com? I remember when Hunter S Thompson held the "Vietnam Desk" for Rolling Stone and reporting / interest improved / increased 10-fold. Or more.

Hurricane Ida: GoM crude oil losses stand at 30 million bbls. But that pales in comparison to what Resident Biden has cost us.

I don't know what others think, but this seems .... well, unnerving.... with the economy opening up ... link here: 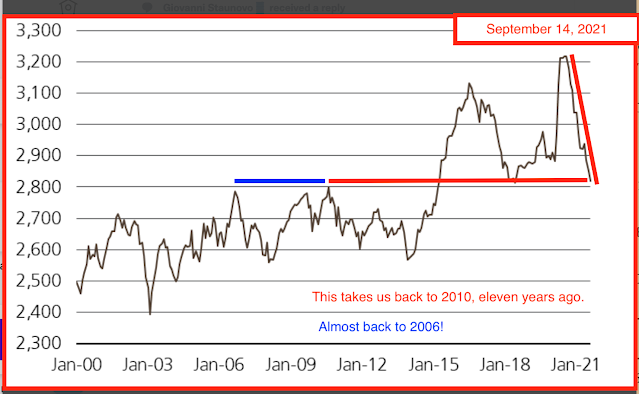 Just Another Day In The Bakken -- What A Great Surprise For Some Mineral Rights Owner -- September 14, 2021

Not ready for prime time, but here goes.

Apple events: have turned into two hours of pre-programmed commercials. Absolutely uninteresting. AAPL off seventy-seven cents during the Apple Event. Apple could inspire another "drinking game." One shot of scotch every time the word "nanometer" is used. AAPL now off $1.20 / share. Well below the $150 support level. Trending back toward "my" buy point: $145.

The Apple Event: is over. Let's see what Macrumors has to say:

Disclaimer: I am inappropriately exuberant about Apple. I am Fanboy #3.

European energy story: unrestrained. And winter is yet to come. Groningen is closing. Russia unlikely to meet German demand. Where does the UK get its natural gas? At the link:

I don't want to alarm anyone, but European gas prices are up this morning >7% to a new all-time high, bringing their increase since August 1, 2021, to about 60%. The rally does not show any sign of slowing. Gas inventories are seasonally very, very low. And winter is coming.

Covid-19: vaccinations for the record, have trended down for the past three weeks; the goal post cross-bar is one million vaccinations on average per day. Did the mandate set back the vaccine rollout? Average:

ARKK, Cathie Wood: had interesting comments on CPI the day before these numbers came out; she's not worried. Reminder: jobs commentary, September 8, 2021. I could be wrong, the job shortages seem to be in industries where it's almost least important, as a macro-economic issue. The lead story on joblessness today was the shortage of school bus drivers. Okay. Self-driving, autonomous buses would take care of that problem. LOL. Parents would act as chaperones/monitors if they want their child to ride the bus.

No wells coming off confidential list according to NDIC.

RBN Energy: the gathering pipes that will supply the Coastal GasLink pipeline.

It will still be a few years until Canada joins the ranks of nations exporting natural gas in the form of LNG.

Until then, a great deal of work has to be completed on both the LNG Canada liquefaction and export facility in Kitimat, BC, and the primary gas pipeline linked to it: the Coastal GasLink.

Unlike most LNG export sites in the U.S., which can receive feedgas from multiple production basins via an array of major trunklines, the LNG Canada plant will be relying on gas supplies from primarily one basin: the Montney in Western Canada. And all that feedgas will be transported across British Columbia through one mammoth pipeline. In today’s blog, we take a closer look at the small number of pipelines that will supply gas from the Montney to Coastal GasLink for eventual delivery to LNG Canada.