At the bottom of the page / bottom of the blog, I have a gazillion tags. Despite the huge number, they help me save time. Because the number of tags has become so large, I'm trying to minimize new tags, hoping I can find an existing tag for new posts. But after a reader sent me this link, I think I may need to come up with a new tag: "Facts_Don't_Matter."

From PowerLine: why wind and solar energy are doomed to failure.

The only question that remains, when will the "house of cards" fall?

By the way, the central them of the linked article, "land constraints," was pointed out by Exxon about ten years ago. I posted the link at the sidebar at the right, but it appears that article has long disappeared. Exxon was correct then and remains correct today.

Another famous anecdote from his job [as a fire inspector for an insurance company] was used by Whorf to argue that language use affects habitual behavior.

Whorf described a workplace in which full gasoline drums were stored in one room and empty ones in another; he said that because of flammable vapor the "empty" drums were more dangerous than those that were full, although workers handled them less carefully to the point that they smoked in the room with "empty" drums, but not in the room with full ones.

Whorf argued that by habitually speaking of the vapor-filled drums as empty and by extension as inert, the workers were oblivious to the risk posed by smoking near the "empty drums."

Over at the sidebar at the right, I link to a few literary blogs, for example, White Mischief. Near the end of the White Mischief, the author James Fox notes that his collaborator, who had dropped out of the project, Cyril Connor, had come very, very close to solving the murder.

It was notes of his interview in 1971 with Juanita Carberry, June's stepdaughter, who was 15 years old at the time of the murder, and very, very close to Broughton, one of the few people who actually listened to Juanita.

"It wasn't quite the end of the trail, as it turned out. But he had come remarkably close to it, and it was only Juanita's evidence that had kept him [Cyril Connollly] a few steps away." -- James Fox, page 279 or a 299-page book.

Based on that little snippet, I decided to buy Cyril Connolly's Enemies of Promise, c. 1938; republished, in 1948, and the newest edition, 2008, is the one I have. It turned out to be a challenging book for me to read. But any book that gets published in 1938 and keeps getting re-printed deserves a look.

Today, I skipped to part three, his autobiography. Chapter XVIII: "The Branching Ogham."

The first time I read the book I skipped over "Ogham." It turns out "Ogham" has an interesting backstory.

What amazes me: wiki seems to have an entry on "everything."

There are roughly 400 surviving orthodox inscriptions on stone monuments throughout Ireland and western Britain, the bulk of which are in southern Munster.

The largest number outside Ireland are in Pembrokeshire, Wales.

The vast majority of the inscriptions consist of personal names.

According to the High Medieval Bríatharogam, names of various trees can be ascribed to individual letters.

The etymology of the word ogam or ogham remains unclear. One possible origin is from the Irish og-úaim 'point-seam', referring to the seam made by the point of a sharp weapon. 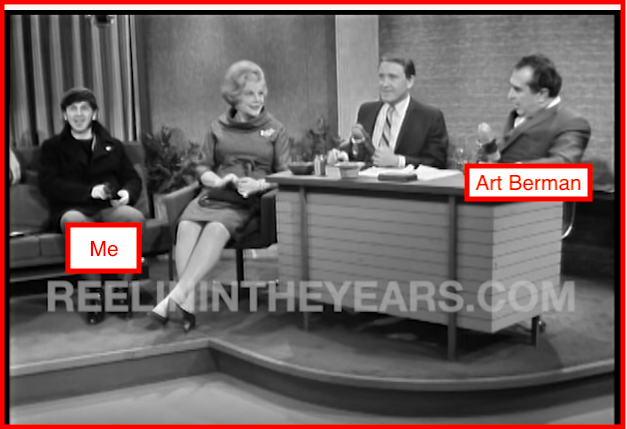 What Social Media Has To Say About California's Decision To Ban Fracking -- April 24, 2021

What social media has to say about California's decision to "unwelcome" US oil companies. It's important to note: Californians don't not want oil; they just don't want their own oil. By the way, this reminds me, I need to check out PowerLine's "week in pictures." 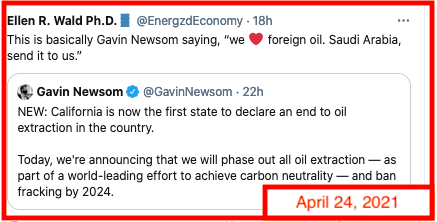 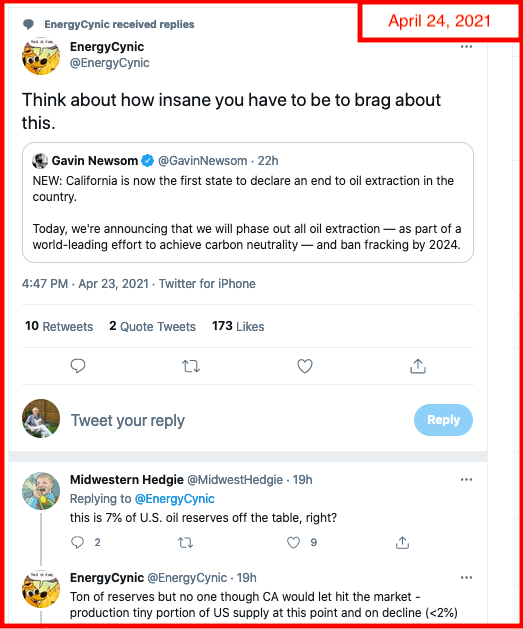 The graph below is only the last five years. That's how fast things can change. 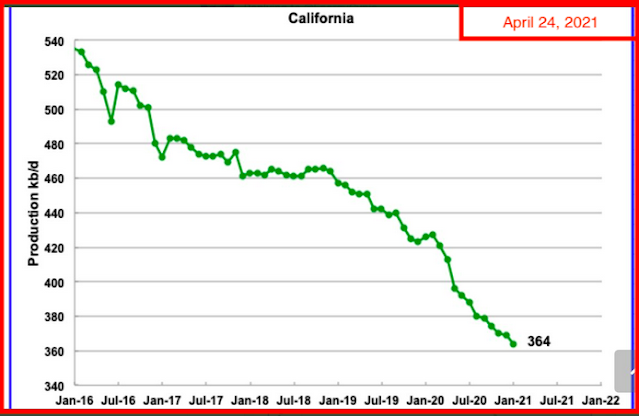 I would like to see the governor of California declare no more diesel fuel or gasoline would be sold in the state after 2024. What's the sense of banning production of a commodity when all you do is import it from somewhere else.

I'm re-posting this because I learned a lot, and the video -- actually the audio -- is so damn-hot. If you play the video, put on headphones and play at loudest level tolerable. This is when you really, really want the best bass speakers available. If you're a whale, you'll love this.

This video is worth the price of the subscription cost for "The Million Dollar Way" blog. LOL.

Top stories for week 16 have been posted.

These are the things that I will be looking at today:

Portland: the dream of the 90s died in Portland.

In the 50's and 60's if I followed the news it was Chet Huntley and David Brinkley on NBC. The three networks' evening news reported the same stories and the nation, as a whole, was on the same sheet of music.

In the 70's I was too busy to follow the news. Actually, women fascinated me during those ten years and the news did not.

In the 80's and 90's I was overseas and the only news I read came from the Stars and Stripes. Everyone I worked with read the same news; we were all on the same page of music, again.

Sometime around the BC/AD break, producers and consumers of news were still on different pages of music but they had moved to producing and reading that news in echo chambers.

Viral-vector-based vaccines: old technology. The technology I grew up with; the basis for most (all?) vaccines that I have ever received.

mRNA-based vaccines: the new technology. This actually might be huge.

Moderna won't protect its pandemic during the pandemic. 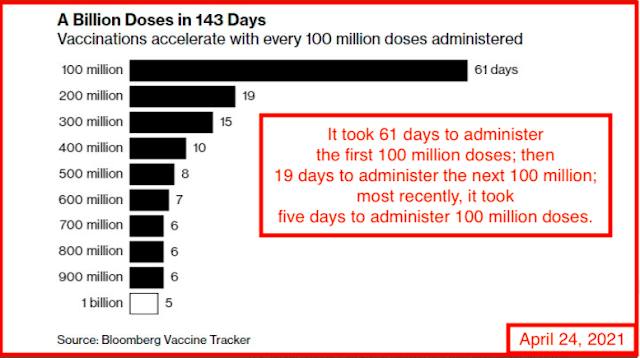 SeekingAlpha: looking forward to next week.

Earnings, a few of the many that interest me: