I'll have to go back and check but I think these are wells originally permitted by CLR and acquired by Kraken Operating. These wells are north of Williston, about halfway between Williston and the Canadian border. This area is very underdeveloped. The existing wells are mediocre at best; it will be interesting to see if Kraken can make this area work. I will have to look at a "heat" map later, but I certainly don't recall this area as being particularly remarkable.

NOG press release: Third quarter production averaged 26,708 Boe per day, an increase of 74% year-over-year and 27% sequentially.
At 11 cents, I think "in-line." That appears to be what the "market" thinks also; down 5% before market closed and before results known. After-hour trading, and after results known, down another penny. Trading at $2.98.

Dow (irrelevant): not only is the Dow holding today after the huge jump yesterday (500 points?) and is now up another 100 points. Which "house" holds the purse strings? Yup, the US Congress. Who holds the US House now? Yup. Something tells me the movers and shakers like Nancy Pelosi. Her #1 concern: health care. Remember: the state of California has at least 37 military installations and Trump has said over and over and over that he plans to have the strongest US military ever. Think:
WTI: now below $61 -- according to CNBC -- I see $61.12 over at oilprice 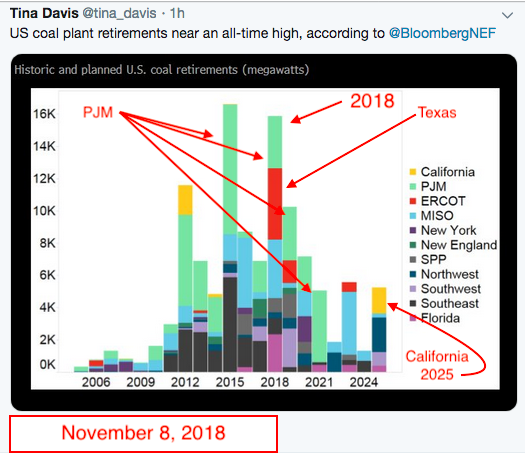 WTI: that credible floor trader -- perhaps lost a bit of credibility -- earlier in the week the credible floor trader suggested WTI's low was in, at $61.31. Today, WTI is trading at $61.19, at least according to CNBC. OIlprice has WTI at $61.40. Commentary by CNBC:
US production, EIA estimates, link here:

Days of supply. I haven't looked at this graphic in a long time. This is the real problem (for oil bulls) -- currently about 26 days, up from recent "low" of 23 days. One has to go all the way back to 2015 to find the number of days of supply as low as 21 days -- which is required (actually lower) if one wants to see the price of crude oil increase (all things being equal): 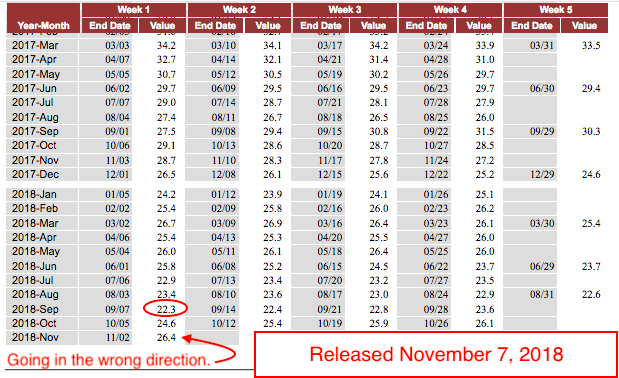 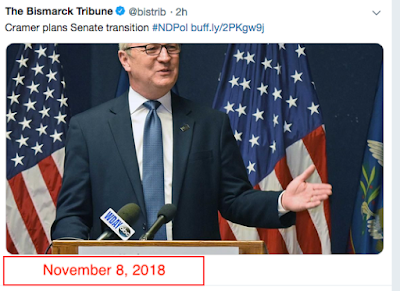 Apparently he's well-like, also, in addition to all his other "positives."

From The Bismarck Tribune / source: wallethub -- interactive map and link to report at the linked article:

We definitely need to get Sophia enrolled. 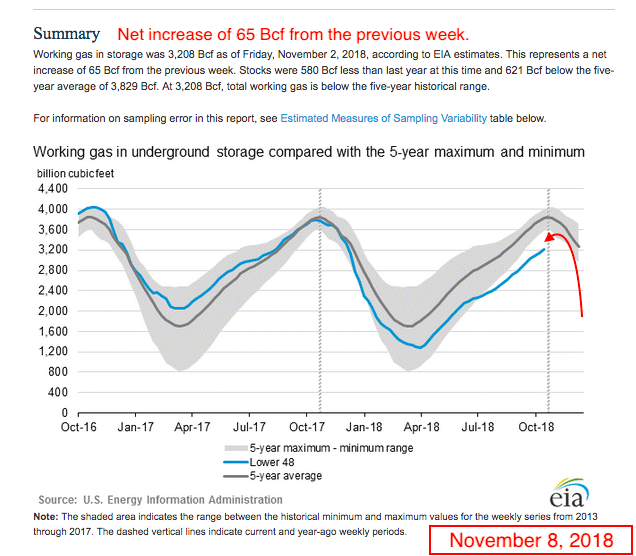 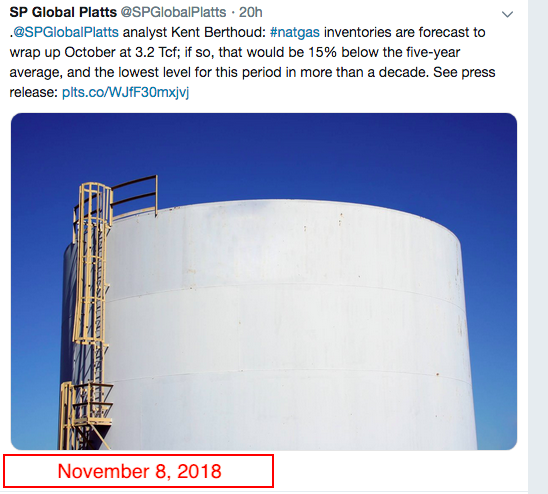 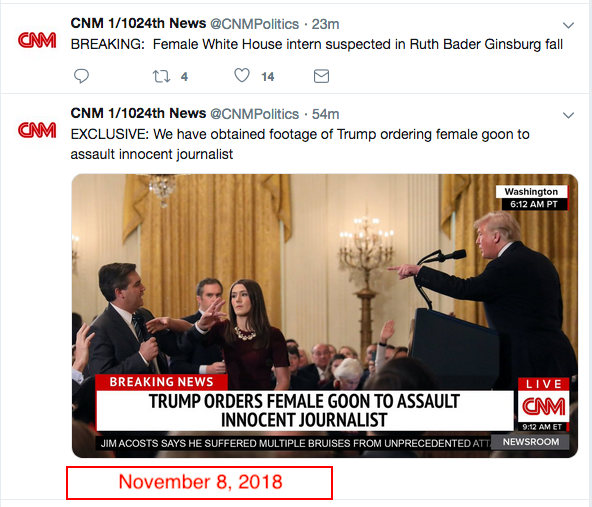 Relevancy: whenever I want to compare how the US economy is doing relative to the rest of the world, it becomes a meaningless exercise (at least for me). Here's why: 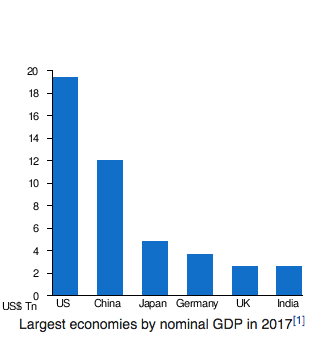 Immigration: the current issue of The Economist celebrates Australia as the one country that has solved the immigration problem. LOL.
Posted by Bruce Oksol at 9:23 AM No comments:

In my earlier post I implied that a shortage of diesel fuel was a proxy for economic health of the US: higher demand for diesel fuel was due to higher truck traffic. In this case I was very, very wrong.


Making America great: note the price of diesel and the weekly petroleum report (below). Some would consider diesel fuel demand a proxy for the health of the US economy.

The "widowmaker" paragraph was not part of the original note -- I added it after the fact -- and that's how I realized I had misinterpreted the data.

From the linked FT article, this was back in December, 2015:


They call it the oil market’s “widowmaker” trade for a reason.

A popular seasonal oil trade in the United States has just blown up in spectacular fashion, write David Sheppard and Anjli Raval.

The trade, where investors go short gasoline futures and long diesel – in the expectation that demand for the latter will be stronger in winter due to its dual-use as heating fuel – started as normal back in the autumn. US diesel futures slowly moved to a premium over gasoline, first 5 cents, then 10 cents, then 15 cents. It looked like it would keep on widening. In the past three years diesel’s peak premium has averaged about 50 cents a gallon – presenting a tempting opportunities for funds.

But this year it has gone wrong. Temperatures in New York have been unseasonally warm, hitting as high as 18 degrees centigrade earlier this week, reducing demand for diesel in the northeast region that still burns oil to heat many buildings.

But, wow, I love to blog. I learn something new every day. Some days I learn two new things.

Posted by Bruce Oksol at 3:47 AM No comments:

The Bakken Never Ceases To Amaze Me -- Random Update Of A CLR Kennedy Well -- November 8, 2018

I've blogged many, many times on the CLR Miles-Kennedy wells in Dimmick Lake.

This is something I had not seen before.

Everyone following the Bakken knows the routine:
There are exceptions. Occasionally a well is not placed on a pump at six months; rarely we see some wells go for years without being placed on a pump.

On the other hand, I seldom see a well be changed from a well to free flowing. But here is one case. (I will check the other wells in the area later.)  This well was completed/fracked in early 2015. It was placed on a pump, but recently it was noted that:
Sundry form, operator requests change from pump to flowing: 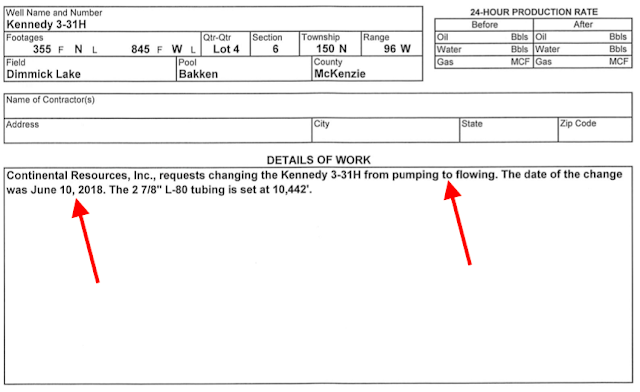 And the scout ticket verifies that was not a typographic error. Note that the well is on "F" status, flowing, no AL (artificial lift). Also note that although this is an "old well" (drilled back in early 2015) it is drilled on a large overlapping 2560-acre unit:

The well:
Relevant portion of production profile; this well has not been re-fracked:

Maybe this happens a lot. Maybe I just haven't noticed. But this one is a new one for me. The Bakken never ceases to amaze me.

The Kennedy-Miles wells are tracked here.

Posted by Bruce Oksol at 3:29 AM No comments:

Sanders: I don't know if anyone else caught it, or saw the same thing I did, but the individual who seemed to most enjoy the give-and-take during President Trump's press conference Wednesday, following the midterm election results, was Sarah Huckabee Sanders. It was just a fleeting -- very fleeting -- moment when the television camera panned the audience to include Ms Sanders -- but in that fleeting moment, one could see she was really, really enjoying the show. Perhaps she was just happy she was not at the front of the room.
Posted by Bruce Oksol at 2:15 AM No comments:

Thursday? It already feels like Friday. What a week!

Making America great: note the price of diesel and the weekly petroleum report (below). Some would consider diesel fuel demand a proxy for the health of the US economy.


OPEC+ split? No link but over at twitter a link to an FT story suggesting Russian wants to continue with max crude oil production; Saudi Arabia wants to look at need to reduce production in light of inventories, price.

Earnings: I believe DNR and NOG report today. Others reporting: CNP, LNG, WIN, PLUG.
Disclaimer; this is not an investment site. Do not make any investment, financial, job, travel, or relationship decisions based on what you read here or what you think you may have read here.

Natural gas fill rate: pending. Historically, according to a reader, the first weekend in November is the last weekend for the calendar year in which there is a "net increase in NG storage." After the first weekend, the heating season begins, and US natural gas inventories will start to decrease. The reader says that because of a mild autumn, we may see the natural gas fill rate extend through the second weekend of November this year. It should be noted that the weather forecast is for a very, very cold weekend across the eastern United States this weekend. Last week's report: a net increase in natural gas storage by 48 Bcf.

Weekly unemployment claims report: in-line with forecasts.
Nuclear energy in Japan: worth a read. Some nice data points. Over at oilpprice.


Japan is currently on track to have nine reactors back up and running in the very near future, with 8 already functioning and one slated to begin operations later this month. Yes, this is a just a tiny fraction of the 54 nuclear power plants that were powering Japan until 2011, but it’s still much more than many experts expected after the lasting devastation of the Fukushima disaster and the subsequent widespread resentment of nuclear plants.

Now, nuclear has even finally managed to outpace the production of renewable energy plants in Japan  (with the exception of hydroelectric power) for the first time since the 2011 disaster, thanks to major campaigning by the industry itself along with government support.


RBN Energy: pending
Posted by Bruce Oksol at 1:29 AM No comments: