Petition of QEP Energy Co. for an order providing for the unitized
management, operation, and further development of the Grail-Bakken Unit,
located in McKenzie County, ND; for approval of the Unit Agreement and
the Unit Operating Agreement constituting the plan of unitization for the
Grail-Bakken Unit; for approval of the plan of operation; for vacation of
the applicable spacing orders; and such other relief as is appropriate.


Petition of QEP Energy Co. for an order determining that the Unit
Agreement and Unit Operating Agreement constituting the plan of
unitization for the Grail-Bakken Unit, McKenzie County, ND, has been
signed, ratified or approved by lessees and royalty owners owning the
required percentage of working interest and royalty interest within said unit
as is required by applicable statutes and rules of the Commission.

Miscellaneous
The Red Queen phenomenon and the Bakken

Slawson Has A Nice Well: A Reminder Of The Glory Days

I remember when I first started blogging about the Bakken, how impressed I was with Slawson. Then, about the time Anschutz sold out to OXY USA, I didn't see as much of Slawson as I used to. At least that was the perception.

But it looks like Slawson is "coming back." In addition to more permits and reporting more wells, we're starting to see some great Slawson wells again.

Note how little natural gas is accompanying this well.

According to the geologist's summary, this is the second completed lateral of five wells to be drilled from a single pad. It is a Three Forks well. The Three Forks was penetrated at 10,443 feet. Background gas began to average above 2,000 units at about 16,000 feet. The seam appears to be about 48 feet of viable zone between the base of the Lower Bakken Shale Member within the upper Three Forks.

Completion data is not yet scanned into the record. 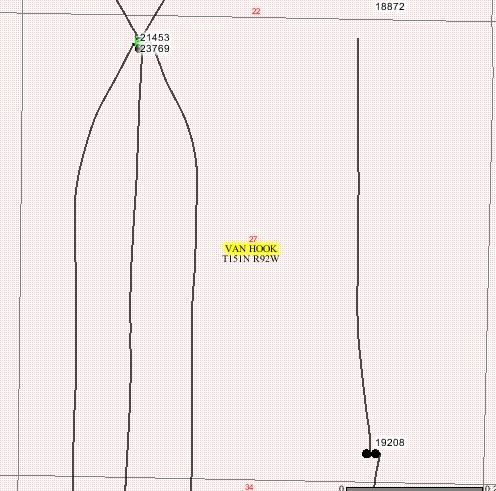 In the lower right hand corner of this section:


Glory Days, Bruce Springsteen
Posted by Bruce Oksol at 7:26 AM No comments:

Regular readers are well aware of this story. I follow it as one of the "big stories" over at the sidebar on the right.

This was in today's WSJ:


Top executives of companies that provide half of Europe's electricity production capacity on Friday called on politicians to end "distorting" subsidies for wind and solar power, saying the incentives have led to whopping bills for households and businesses and could cause continent-wide blackouts.

"We've failed on all accounts: Europe is threatened by a blackout like in New York few years ago, prices are shooting up higher, and our carbon emissions keep increasing," said GDF Suez CEO Gérard Mestrallet.

Under the subsidy mechanisms, wind and solar power producers benefit from priority access to the grid and enjoy guaranteed prices.

In France, for instance, even as wholesale prices hover around €40 ($54) a megawatt hour, windmill electricity goes at a minimum of €83 a megawatt hour, regardless of demand. The difference is charged to customers.

But worse: renewable energy may not be able to respond to cold snap in Europe this winter.


Self Control, Laura Branigan
Posted by Bruce Oksol at 6:21 AM No comments:

Despite drawing another line in the sand ("I will not negotiate"), The WSJ is reporting: "President Barack Obama began working aggressively with House and Senate Republicans to shape a deal to raise the debt ceiling and fully reopen the federal government."

The other day, the MDW opined that no one in government knows exactly what day the government will run out of cash. Today, The WSJ reports: "There are legitimate reasons to quibble over the date of any U.S. fiscal calamity. Treasury has cited the time when the government is no longer able to borrow. But that is very different from running out of cash entirely. And that date remains elusive."

Yup, here it is, as predicted. Europe is on the verge of a historic energy meltdown due to misplaced priorities. The WSJ is reporting: "The chief executives of 10 energy companies called for an end to European subsidies to wind and solar power, saying the mechanisms have led to whopping bills and could cause continent-wide blackouts."

For investors only, "A new generation of popular master-limited-partnership funds hopes to skirt unfavorable tax treatment—but investors should be careful."

Also, for investor's only, there is a nice story about risks of betting on price of crude via the US Oil Fund. "But now, not only are oil prices cooling, the curve is shifting again. In early September, the front-month contract traded almost $3 a barrel higher than the third-month. Today, that premium is down to about 20 cents, and the curve could start sloping upward again soon. USO investors should be aware of how hard a climb that presents."

Disclaimer: this is not an investment site. Do not make any investment decisions based on what you read here or what you think you may have read here.
Posted by Bruce Oksol at 6:04 AM No comments:

The US is now the #1 producer of oil and natural gas (when both are combined), surpassing both Saudi Arabia and Russia earlier this year.

Next year, IEA predicts the US will overtake Russia as the top oil producer. Reuters via Rigzone is reporting:


The United States will become the world's largest oil producer next year overtaking Russia, thanks to its shale oil boom which has remade the global energy landscape, the West's energy watchdog said on Friday.

The prediction comes only days after estimates by the U.S. government showed the spectacular growth in production has allowed the world's largest oil consumer to reduce imports so drastically that it has lost its ranking as the world's biggest oil importer to China.


"With output of more than 10 million barrels per day for the last two quarters, its highest in decades, the nation is set to become the largest non-OPEC liquids producer by the second quarter of 2014, overtaking Russia. And that's not even counting biofuels and refinery gains," the IEA added.

The spike in U.S. production will allow total nonOPEC supply to grow by an average of 1.7 million barrels per day in 2014, peaking at 1.9 million in the second quarter, the highest annual growth since the 1970s, the IEA said.

Posted by Bruce Oksol at 5:38 AM No comments: