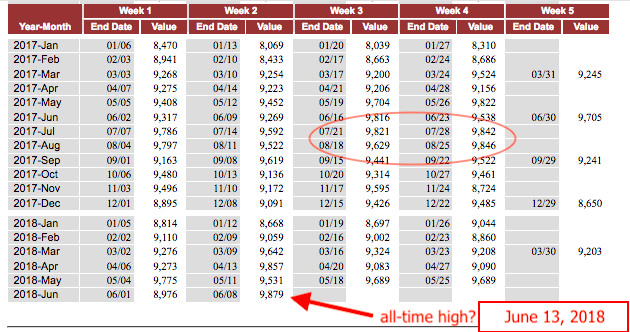 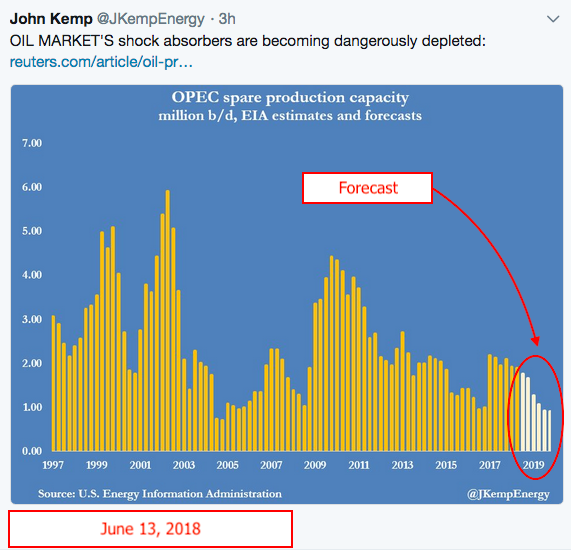 Posted by Bruce Oksol at 7:30 PM No comments:

WTI: the tea leaves suggest the price of WTI will continue to rise -- let's stir the tea -- (note to newbies: "tea leaves" have a mix of fact and opinion and it's not necessarily easy to tell them apart; tea leaves look alike) --
Politics: I love how every politico -- from the far left to the far right -- has advice for President Trump on North Korea. Six months ago they all said "it" couldn't be done. Now that "it's" been done -- North Korea agreeing to complete denuclearize -- the politicos have advice for President Trump. I was most negatively impressed by House Speaker Ryan by his remarks today; glad to see him stepping down as House Speaker.


Five new permits:
And that was all.

From the EIA, thousand bbls gasoline/day:

Back of envelope calculations:

One year ago:
Extrapolating forward:


The department issued the permit to Meridian Energy to construct the Davis Refinery near Belfield after reviewing more than 10,000 public comments.

It would be interesting to get an analysis of the number of:
Remember this from an earlier post?
It's interesting that both the the "refinery permit" and the "air quality permit" had an almost equal number of submissions.

For an update of refinery projects in North Dakota, see this February, 2018, post.

After this morning's wholesale trade release from the U.S. Census Bureau, the nowcast of the contribution of inventory investment to second-quarter real GDP growth increased from 0.99 percentage points to 1.06 percentage points.

History of US recessions. 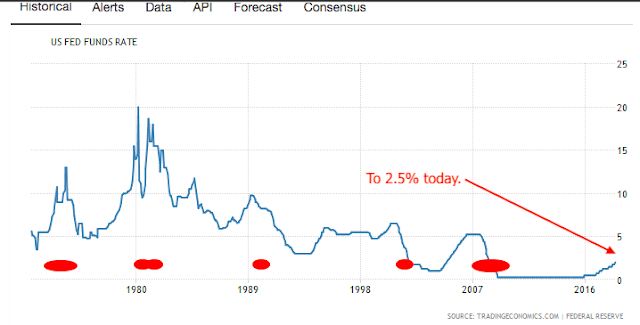 The graph above will help put any production increase by Russia and Saudi Arabia in perspective.

If push comes to shove, my hunch is that US shale could respond quickly.

The problem: the mix of the different kinds of oil.

With the US Open in Shinnecock Hills, I'm reminded of my wonderful days in a bedroom community, suburb of NYC, many decades ago, Westfield, NJ.

During that summer I was able to get into Manhattan only a couple of times. I never got out to Long Island.

Shinnecock is at the far east end of Long Island; it must be a beautiful setting. I can only imagine.

When I was in my "Great Gatsby" phase I spent a lot of time studying the map of Long Island. East Egg and West Egg are much, much closer to NYC, near the west end of Long Island.

And of all things, I never realized Belmont Park was in the same general area.
Posted by Bruce Oksol at 11:43 AM No comments:

Link here. A most interesting list put together by USA -- the least livable cities in the US.

Refinery Operating Capacitiy -- An Observation -- June 13, 2018 -- Another Most Interesting Graphic

Earlier I posted another most interesting graphic. 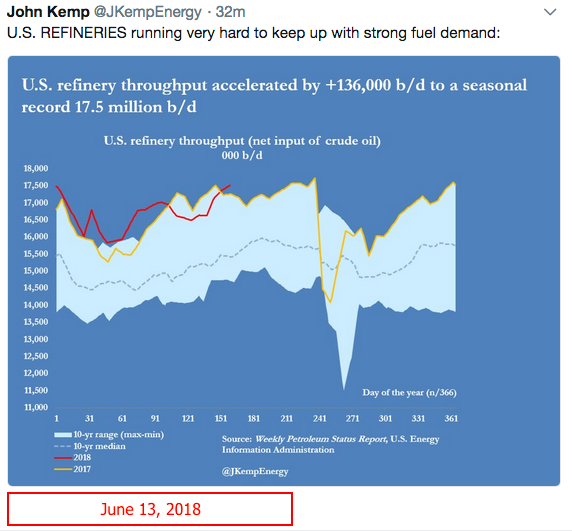 Just moments ago I posted this:

I thought that was a "positive" report regarding distillate fuel -- production actually crept up slightly, and was very slightly above my "benchmark."

But then this. This is an incredible graph. A huge thanks to John Kemp for spotting this: 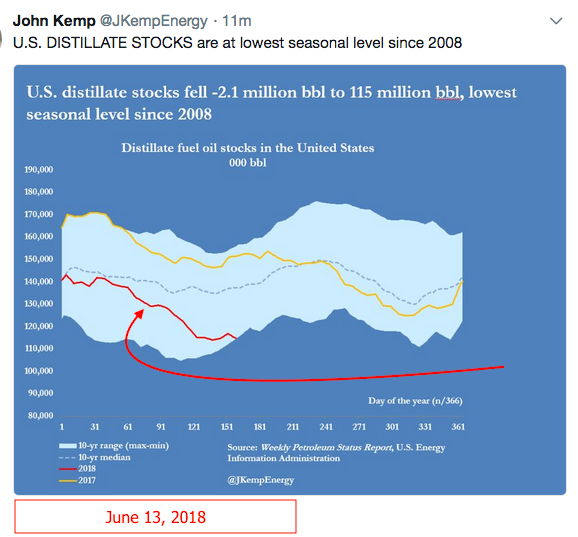 I have opined many times that if I had but one metric to follow to judge the health of the US economy, it would be amount of gasoline consumed.

Now, without question, I would argue that if one had but one metric to follow the industrial activity of the US, the one metric to use: distillate fuel consumed.

The Bakken is booming again. The Permian is on fire. And I often forget to mention it bu the Eagle Ford is doing very, very well.

In addition, all the new petrochemical activity and new construction going up along the Texas - Louisiana gulf coast.

This "stuff" all uses a lot of diesel fuel. 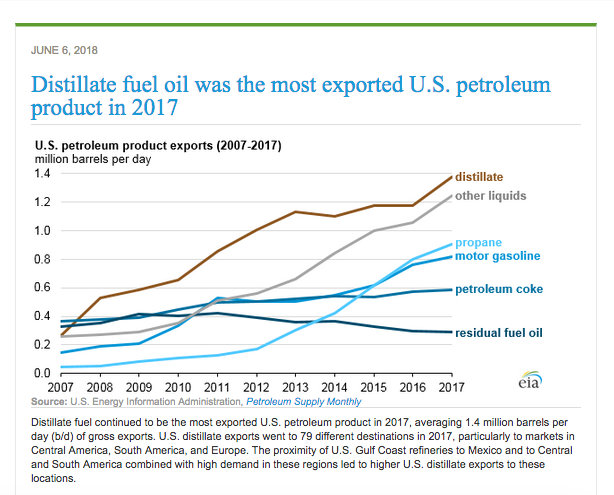 And look at this. John Kemp predicted this seven months ago: 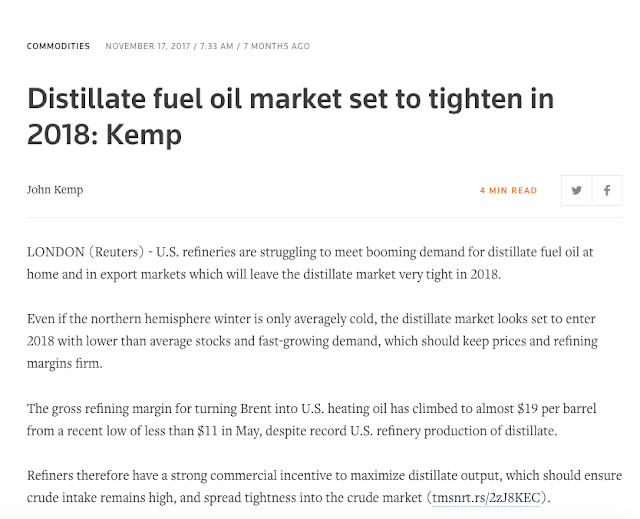 Can anyone say, "synchronized global economy"?

I wrote that last line before I read the John Kemp article. Here are the last three paragraphs of that article:


While some distillate fuel oil is still used for heating, most is used in the high-powered engines used to move freight and industrial machinery so demand is closely linked to the business cycle and trade.

With nearly all regions of the global economy experiencing a synchronized economic expansion and world trade volumes are growing at the fastest rate for six years, distillate demand is growing rapidly.

The global economic expansion and trade upturn are expected to continue boosting demand even further in 2018/19 unless there is a major macroeconomic, financial or trade shock.

Busy day in Bismarck? Data for wells coming off confidential list today not yet posted.

Weekly petroleum report, link here:
Netflix: lots of talk about Netflix this morning on Fox Business News --
Sticky graphs: I post a lot of graphics on the blog, but recently this is the graphic that sticks in my mind -- this is a really, really remarkable graph and explains why Trump is turning away from the G7 and shifting to the east (China, Korea, Japan, Asia): 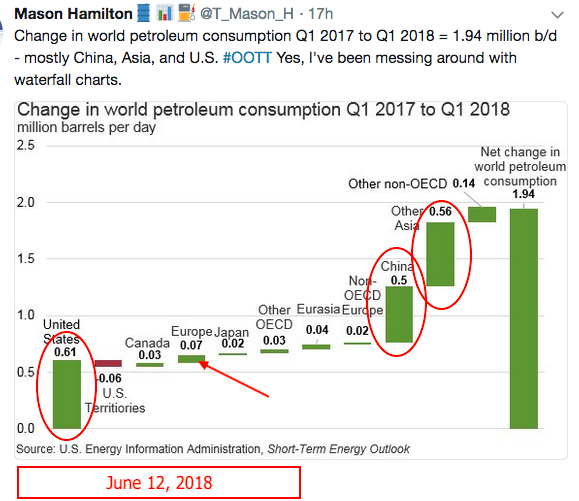 EW to hit 52-week high, and also appears to be an all-time high: 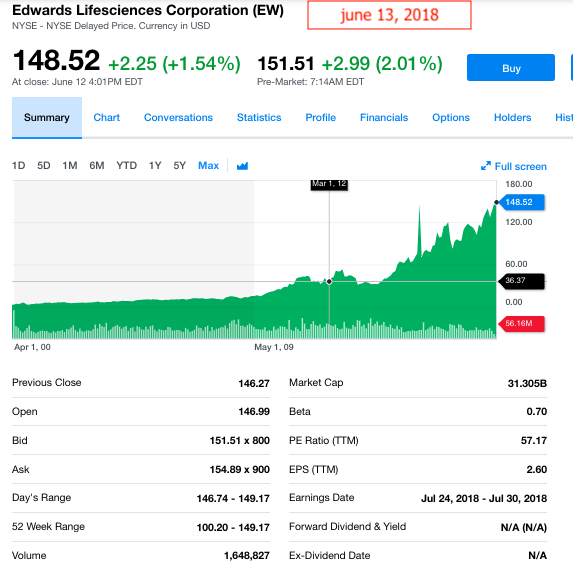 Making North America great again: it should be remembered that President Obama failed to get the World Cup to the US for both 2018 and 2022 despite a personal and compelling appeal. But, apparently ... well ... best left unsaid ...

Well, that was easy:

Floating storage of US shale oil "swamps" Europe -- from Reuters -- (estimates for the most part) --
Global oil demand to remain strong in 2019 -- IEA -- link at WSJ.
US crude oil inventories, weekly data: one link is here --


RBN Energy: the El Encino-to-Topolobamo pipeline nears completion, and what it means for Waha.


Mexico has been slowly increasing import volumes of natural gas from the U.S., utilizing spare capacity in the newest pipelines south of the border that access supply from the Permian Basin’s Waha Hub. The recent increases have been muted somewhat by delays in completing other infrastructure inside of Mexico, but one of those big delays is about to be resolved. TransCanada’s long-awaited El Encino-Topolobampo Pipeline is finally nearing completion, and once it’s online there may be a surprisingly big gain in gas export volumes to Mexico. As most of this gas will be supplied directly from Waha, Mexico’s impact on Permian gas balances is likely to jump materially in the weeks ahead. Today, we examine the latest development in Mexico’s natural gas pipeline buildout and its effects north of the border.